The University of Richmond baseball team is on a roll with a record of 14-6 as they head into conference play.

The Spiders swept Towson this past weekend in their last out-of-conference matchup improving to 14-6 on the regular season. This marked Richmond’s ninth win in its last 11 games.

“I like where we are at," Head Coach Tracy Woodson said in an interview with the Collegian before the Towson series. “We are never out of a game because we have so much depth.”

The Spiders have relied on depth in a lineup that contains a good mix of young players and veterans.

Redshirt junior Drew Blakely has played a large role in the recent success. The catcher has started 16 games with a .381 season batting average and six runs batted in.

Blakely pointed out that his team had overcome challenges to succeed this season, such as an abnormal schedule, COVID-19 testing and score deficits early in games.

“The team has handled adversity well this year, both in games and off of the field,” Blakely said. “We have come from behind and even won some walk-off games. I don’t think we have reached our full potential, but we are winning as a team right now.”

Coach Woodson said this year’s team may have had the most depth of any he has coached at UR, which made it tough for some players to get on the field. This is a good problem to have, he added, but it has forced many players on the team to rotate around the field.

“It is hard to get guys in the lineup,” Woodson said. “We had a true freshman come in and take over the short-stop position which forced a lot of positional movement across the defense.”

Breakout freshman Jared Sprague-Lott has started 11 games in the infield as shortstop. He is hitting .606 so far with a team high of 18 RBI’s.

Richmond is the only team in the A-10 Conference who has not played an in-conference game, but the Spiders are set to compete in the South division against favorites Davidson and VCU.  Coach Woodson said he believed  the team’s pitching depth, especially the third and fourth pitcher, will prove crucial for teams trying to win the conference championship.

In a normal season, teams play a three-game series within the conference.  Teams can win these series with two good pitchers. However, this year, as a result of scheduling conflicts, teams in the A-10 are playing a fourth game in each series, which requires an extra starting pitcher to win or tie a series.

The team’s practices have been highly competitive. Every position has a backup competing for the starting job.

“No one is safe in their spot,” Blakely said regarding position battles.

Woodson is confident in his team’s hitting and defense -- the latter of which he says may also be the best since he has coached at UR -- and pitching will be the crucial factor if the team wants to win games down the stretch.

Richmond's first conference series against Saint Louis was cancelled this week, and the Spiders will begin A-10 play with a four-game series against VCU at Pitt Field starting April 23. 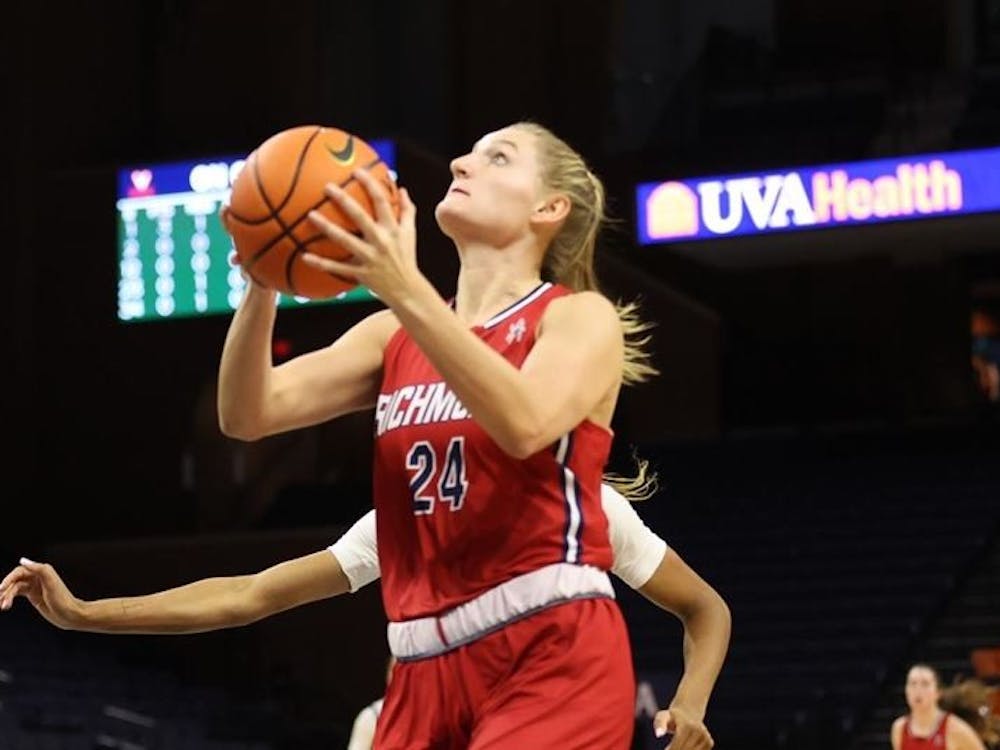