The mailman carried a box twice his size to an old white van and loaded it in on top of bins full with letters and packages. Tuesdays are the best days, he said, because that's when the mail is lightest.

He said a short prayer, asking God to keep him and his passenger safe during the ride, and drove away to begin his daily route.

Robert Ferguson has delivered mail on the University of Richmond campus for 33 years.

He remembers when he had to deliver the student mail to five different post offices around campus.

"It was like Christmas when they decided to consolidate it," he said.

Ferguson was once knocked unconscious when a car hit him in a campus parking lot. He didn't press charges.

He proposed to his wife in the Greek Theater 24 years ago.

He knows nearly every secretary by name and makes a daily impact on their lives, by saying "Have a blessed day," to each one.

"I used to tell people to have a good day," he said. "But then I thought, why not inject the Lord? He's No. 1 in my life and I want to do anything I can do to help him spread his word."

Ferguson is a Baptist; his wife is a Catholic.

"It doesn't matter as long as you believe God died for your sins and you live a good life," he said.

Edith Tiller, a switchboard operator in human resource services, has worked with Ferguson for 30 years.

When Ferguson walks into the office in Weinstein Hall where Tiller works each day, he brings more than just the mail.

"He always has a joke," she said. "It brightens your day and gives you a reason to laugh."

One joke he's known for telling: Why couldn't the pirate go see the movie? Because it was rated "arrr."

Ferguson often asks about her family, Tiller said, and when her son's wife was pregnant, Ferguson prayed for them.

"Robert is the happiest person on this campus," she said. "If you aren't smiling when Robert walks in, you are when he leaves."

It makes no difference that this particular work day for Ferguson spans 15 hours. He arrived on campus at 7:15 a.m., and he won't be home until after 10:30 p.m.

He took a second job at Martin's -- then Ukrop's -- several years ago to help pay for his daughter's tuition at St. Gertrude High School, an all-girls Catholic school in the museum district of Richmond.

"She knows I'd do anything for her," he said. "It's a good feeling to know you're doing something to help the family."

It's clear that Ferguson's family is his top priority. As he goes about his route, he talks to several people about how nervous he is that his daughter, Erica, will be getting her learner's permit soon.

He said his wife, Mary Lou, was the real worker of the family.

"She has a bigger part than me," he said. "I know it sounds like I do a lot, but all I do is go to work. She keeps our family going."

When Ferguson finishes his workday at the university, his shift at Martin's is just about to begin.

At Martin's, he carries shoppers' groceries to their cars and offers the added service of telling jokes, for free.

Ferguson works full-time at Richmond and three nights per week plus Sunday afternoons at Martin's. On Saturdays, he works with the university police to set up the parking lots for football and basketball games.

Days off are few and far between, but he said he didn't mind a bit. He still speedwalks four-and-a-half miles around campus each day as he delivers the mail with unmatched energy.

"Can you tell I love my job?" he asked. "It fits me to a T because I love people. And I'm performing a service so I feel like I'm doing good that way."

Ferguson is happiest when he's helping people -- which is most of the time.

"Why I'm so happy is God has blessed me with a wonderful family, a wonderful wife, a wonderful daughter and a wonderful work experience," he said. "I don't have a college education so I just feel like I've been blessed to have this job and the ability to support my family. It just means a lot to me." 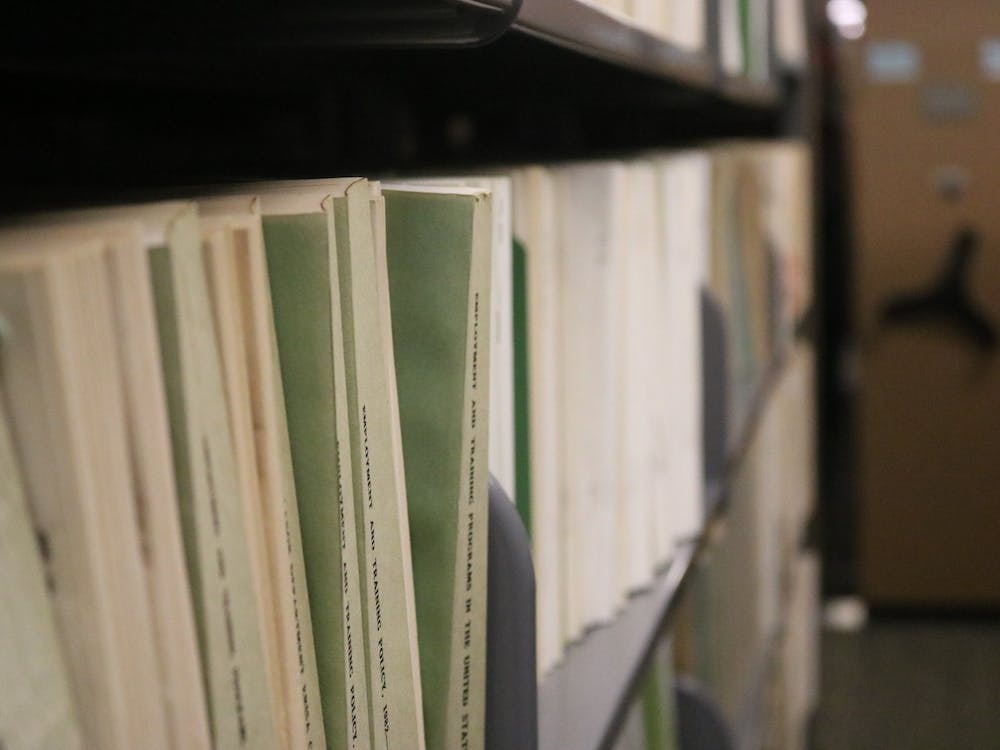