President Ronald Crutcher and his wife Betty Neal Crutcher are hosting monthly dinners for a select group of student mentees.

Both the president and his wife have a group of approximately 15 students whom they invite to their home for a dinner one Sunday a month, Ronald Crutcher said. His group is entirely male while Betty Crutcher’s is entirely female. The Crutchers asked different departments across campus, such as the Office of Admission, the Richmond College and Westhampton College Dean’s Office and the Office of Multicultural Affairs, for lists of recommended students for this mentoring program.

Half of Ronald Crutcher’s mentor group is first-year students and the other half comprises sophomores, juniors and seniors, he said.

“It’s my way of having a group of students that I really get to know well, and I can share in their growth and development over the four-year period,” Ronald Crutcher said.

Ronald Crutcher began mentoring students in these groups 16 years ago at Miami University. Originally, this group was exclusively for men of color as Miami University had a small percentage of these minorities. As an alumnus, he wanted to show these young men how to persevere in this environment until graduation, Ronald Crutcher said. All of these mentees graduated.

He also mentored other students outside of his mentee group, so when he became president at Wheaton College, he asked for a list of a broad range of students from different academic levels, races and backgrounds from different departments on campus. He asked for another diverse group at Richmond, he said.

Betty Crutcher said she had had two supportive mentors outside of the classroom, especially during her transition from Tuskegee University to the University of Michigan. Their guidance was as valuable as any of her experiences in the classroom, she said.

She became interested in cross-cultural mentoring, she said. At every school she has ever visited she has noticed students sitting in groups separated by differences. One of her goals with her diverse group of mentees is to have students learn about one another’s similarities, especially among students who may never have taken the time to become friends otherwise, she said.

“I hope that the students take away that they can be in leadership positions all over the world and treat every human being… in a way that they wish to be treated,” Betty Crutcher said. “And they will remove a lot of stereotypes because they would really get to know one another.”

Ronald Crutcher’s mentee group usually discusses time management as this is typically a topic college-aged men struggle with, he said. The group will also discuss masculine stereotypes and what it means to be a man. One of his focuses is on getting his mentees to improve on talking about their personal issues, something that women are generally better at doing, Ronald Crutcher said. He has exercises to foster these conversations.

Both Ronald and Betty Crutcher’s groups will meet together at some points during the year to discuss relationships between men and women as well as incidents on campus between males and females, he said.

Overall, Ronald Crutcher’s goal is to bolster student’s growth and development, he said.

Ronald Crutcher is still in contact with around 75 percent of his former mentees, many of whom he still writes letters of recommendation for, he said.

Derron Wallace, one of Ronald Crutcher’s former mentees at Wheaton College, is one of them.

Wallace, now an assistant professor of education and sociology at Brandeis University, said the Crutchers “were pivotal in defining what excellence looks like on a college campus.”

Wallace was part of Ronald Crutcher’s mentoring group and also met with the president individually for career guidance in addition to discussing more personal matters, Wallace said. Though much of the information Wallace and Crutcher discussed was available to all students, there was something powerful about having such a relationship with the university president, Wallace said.

“I think about the challenges in higher education, and frankly how difficult it is to find a good mentor,” Wallace said. “I am just eternally grateful for the consistent support of President Crutcher, and I am thrilled that the University of Richmond has him as president.”

The mentee sessions also fostered a peer mentorship, Wallace said. Ultimately this group created a connection between Crutcher’s previous mentees at Wheaton College and the current undergraduate students there. Wallace now feels a tremendous sense of responsibility to ensure that these students have the same opportunities for mentorship that he did, he said.

Dimitri Rodrigo, another one of Ronald Crutcher’s former mentees, graduated from Wheaton College in 2015. He joined Crutcher’s mentoring group his freshman year and said that Crutcher had been there for him ever since.

“It was comforting knowing that the president was interested at least in the student body, and he took his time to mentor or be a resource or make himself available to me in terms of anything I needed help with,” Rodrigo said. “He was always there.”

Ronald Crutcher is a man who commands respect but also gives it, Rodrigo said. He felt that Crutcher was truly invested in his future, despite being busy with countless other responsibilities on campus, he said. Despite Crutcher’s inspiring achievements, he always spoke to his mentees like any normal guy.

Ultimately, Ronald Crutcher hopes every Richmond student will graduate with the tools to succeed in the world, he said.

“We say in our mission that we want our students to live purposeful lives,” Ronald Crutcher said. “and I just hope that we can find ways to ensure that all of our students, by the time they graduate, have had the experiences, so that when they go out in the world they have that resilience, in particular, as well as the tools to make the world a better place because my sense is that many, if not most, of our students want to do that.” 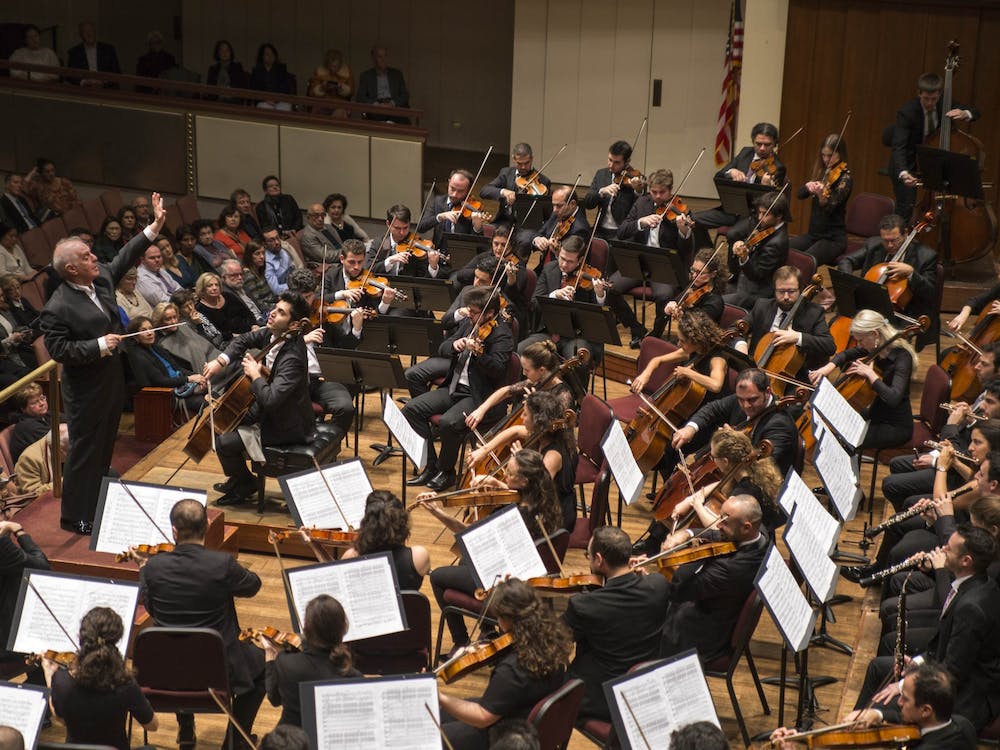