The University of Richmond men’s golf team placed third out of nine teams at the Hamptons Intercollegiate, the team's best tournament finish in over two years. The team shot 923 in the 54-hole event. Sophomore Michael Childress tied for seventh at 227 and 11 over par, his first career top-10 finish, and senior Andrew Sciarretta tied for ninth with a score of 229 and 13 over par, his second-best performance on the Spider men’s golf team. Junior Andrew McInerney competed individually and tied for 22nd place, a career best.

The Spiders scored 872 at the Autotrader Intercollegiate, placing ninth out of 13 teams after an impressive second day. In the third round, they recorded a tie for the seventh-lowest score in an 18-hole round in UR program history, with a score of 280. First-year Ben Cooper led UR, tying for 21st at 271 and 1 over par. First-year Lou Baker shot a 3-under-par 69 in the third round.

UR women’s golf ended its fall season at the Cardinal Cup, placing 16th out of 17 teams with a score of 946. With junior Lizzie Reedy out with an injury, the team was unable to throw out its worst individual score and had to keep all four to factor into the team total. Despite this setback, the Spiders managed to improve their score in Sunday's round by 12 shots from Friday's round. First-year Vicky Zhu led the Spiders, coming in 45th out of 95. Throughout the fall season, sophomore Naomi Mitchell had the lowest average on the team with 76.5 strokes. The lowest individual round of the season, a 1-under-par 71, was shot by first-year Muskan Uppal.

UR men’s tennis had a good showing at its home tournament, the River City Tennis Open, with senior Klein Evans and sophomore Campbell Erwin going 3-0 in doubles and winning their doubles flight. Evans, senior George Lovitt and sophomore John Walsh all went 3-1 in their singles brackets. Senior Matt Fernandez and sophomore Josh Keitelman went 2-1 in doubles.

All four UR men’s tennis players brought home wins in singles at the ITA Atlantic Regionals at the University of Virginia. Both Lovitt and Erwin went 2-1, and Evans and Fernandez both went 1-1.

The Spiders secured a 24-17 win over the No. 18 Maine Black Bears after an interception by senior safety Daniel Jones in the final minute of play. Junior linebacker Tyler Dressler achieved a career-high 20 tackles, which is the most tackles for a Spider since 2011, and the most for any player in the Colonial Athletic Association this season. Graduate transfer cornerback Brandon Feamster recorded a career-high 12 total tackles and 1.5 sacks, with the sacks being his first in his time at UR. Redshirt junior quarterback Joe Mancuso scored all three of UR’s touchdowns, two rushing and one passing, in his third game as starting quarterback this season.

The Spiders lost to the Yale Bulldogs 28-27 when the Bulldogs pulled ahead with the game-winning touchdown in the final nine seconds of the game. UR entered the fourth quarter ahead at 27-14, but the Bulldogs scored twice in the last 1:23 of the game to beat the Spiders. Mancuso had a career-high 117 rushing yards, which is the first time a Spider has broken 100 rushing yards this season. Mancuso also threw three touchdowns and caught a pass for 20 yards. Redshirt first-year running back Aaron Dykes also had a career-high 77 rushing yards. Graduate transfer Keyston Fuller, graduate transfer Charlie Fessler and redshirt first-year Justin Jasper each caught one touchdown pass from Mancuso. Jasper’s touchdown was the first of his career. The team is now 3-4 on the season.

UR field hockey won 4-2 over the Saint Louis Billikens after a strong showing in the first half. First-years Regan McCrossan and Lindsey Frank and sophomore Olivia Frazier all scored their first career goals. Junior Cadera Smith scored her first goal of the season. The Billikens scored twice in the second half, but the Spiders held the lead.

The Spiders pulled off a 3-1 win against La Salle, pulling ahead of the Explorers in Atlantic 10 standings. The first goal of the game was scored by sophomore Jessica Hendry. The goal was her first of the season. Sophomore Addie Nash scored two goals in her first multi-goal game of the season. UR outshot La Salle 13-0 in the second half.

UR lost 3-2 to Saint Joseph’s after the Hawks managed to pull ahead with just over a minute left in the game. First-year Evie Hanson scored UR’s first goal of the game on her first career shot in the second quarter. Senior Amanda DaSilva scored a second goal for the Spiders in the third quarter, tying up the game 2-2 before Saint Joseph's scored the game-winning goal.

The women’s soccer team lost in overtime to the St. Bonaventure Bonnies. The Spiders scored first in the 31st minute of the game, with redshirt junior Alyssa Walker scoring her seventh goal of the season assisted by junior TJ Anderson and senior Brooke Beam. The Bonnies scored in the 81st minute to tie the game up, then scored in overtime to win the game. Junior Katie Tritt got inside the box late in the second half but was unable to get a shot in, followed by redshirt junior Maya Wright taking a shot wide of the net. Redshirt first-year goalkeeper Claire Hinkle made six saves throughout the game.

The Spiders beat their crosstown rivals 1-0 in their first win against VCU since 2015. Walker scored two minutes into the second half, marking her eighth goal of the season, on an assist by Beam. First-year Alex Helbling made her career start in goal and recorded four saves. UR’s defensive line -- first-years Gianna Lucchesi, Taylor Fine and Catie Groves, redshirt first-year Evyn Magenbauer and sophomore Molly Morgan -- kept the Rams in check to help secure a shutout for the Spiders.

UR lost a road game to URI, 1-0. The URI Rams scored in the 56th minute to pull ahead and outshot the Spiders 12-7. Helbling made a career-high seven saves throughout the game. Beam, Tritt and first-year Jessie Prillaman had shots on goal, and first-year Emma Kennedy had a team-best three shots. The Spiders have two games left in the regular season with a current overall record of 6-8-2 and 3-5 in conference play.

The men’s and women’s cross country teams both took second place in the Pirate Invitational hosted by East Carolina University. The women had three runners finish in the top 16, and the men had two runners place in the top 13. First-year Kate Dickow ran the 6K and finished 11th with a career-best time of 21 minutes, 47.53 seconds, and senior Claire Brown finished 12th in the 6K with a time of 21:49.09. Sophomore Johanna Lupica, first-year Lily Snow and graduate student Ave Grosenheider all placed in the top 30 as well. For the men’s team, senior Miles Clikeman recorded a new personal best in the 8K, finishing third with a time of 24:16.40. Sophomores Peter Borger and Noah Campbell also made top-30 finishes, placing 13th and 22nd, respectively.

The swim and dive team started off its season with a win over Duquesne in the Richmond Duals on Friday. UR beat the Dukes, who were last year’s A-10 champions, 174-105, coming in first in 11 out of 16 events. First-year Claire O’Shaughnessy had her first career win in the 100-yard butterfly, finishing in 57.34. The A relay teams finished first in the 400-yard freestyle and the 200 medley.

UR won 164-131 against Davidson for its second consecutive win, coming in first in 10 out of 16 events. Senior Sydney Weiskopf placed first in both the 1-meter and 3-meter diving events, with junior Alex Beran coming in second in the 3-meter and senior Maddy Chao rounding out the board with a third-place finish in the 3-meter. Sophomore Maggie Purcell brought in six wins over the course of the weekend's competitions. The 200-yard free relay A team came in first with a time of 1:35.97 and the 400-yard medley relay B team placed third with a time of 4:01.96. 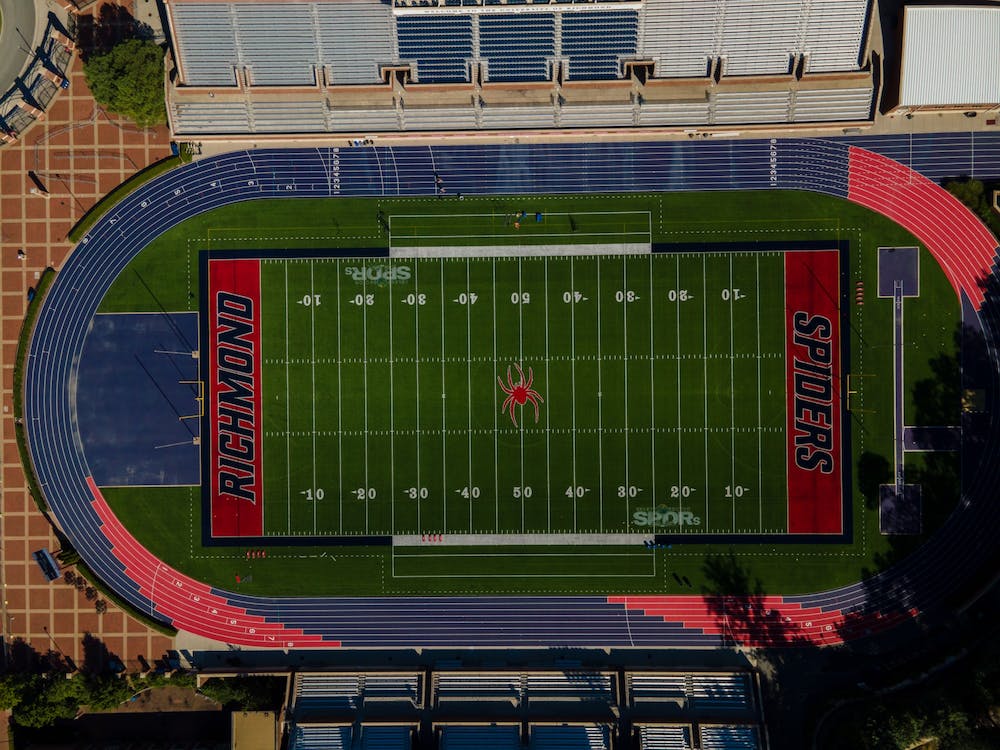