The Office of Student Development updated the formal student complaint policy and submission form to centralize reporting and reflect the standards of accreditation of the Southern Association of College and Schools Commission on Colleges (SACSCOC).

SACSCOC is the body for the accreditation of degree-granting higher education institutions in the South, and its mission is to assure the educational quality and improve the effectiveness of its member institutions, according to the commission's website.

Steve Bisese, the vice president for the Office of Student Development, approved the new policy on Feb. 10 and it became effective on Feb. 14, according to the policy manual.

The Office of Student Development hears formal complaints, which occur when an "informal resolution of the student’s complaint cannot be accomplished, or if the complaint is about the supervisor or responsible staff member for the area," according to the office's website.

Informal complaints that do not fall under other policies should be directed to the supervisor of the area from which the complaint originates, according to the Office of Student Development website. Attempted informal resolutions would occur through the department's own processes.

The updated complaint policy is not a new process but rather a more centralized and understandable version of the University of Richmond's policy from before 2015, Bisese said. The purpose of the update, as stated in the policy manual, was to provide students "with an avenue to express concerns and to work with University officials towards amicable resolutions" and valuable educational experiences.

Paul and Laposata also worked directly with Glyn Hughes, director of the Office of Common Ground, to look into the prior language and logistics used to collect concerns and simplify them in order to streamline the new process for students, Paul wrote.

The policy allows students to submit a form that is centrally routed through the Office of Student Development after all other appeal processes have been exhausted, Bisese said.

According to the policy, "upon receipt of a Student Complaint Form, the Assistant to the Vice President for Student Development will assign it to the University official responsible for the department from which the complaint originates."

The responsible UR official would contact the student within 10 days to verify their receipt of the complaint and request additional information if needed to make a final determination within 30 days of receipt of the written complaint, according to the policy.

Paul wrote in an email that the updated policy ensured that students would hear back quickly once a complaint had been filed and also simplified options for proceeding with a complaint in order to benefit students, faculty and administrators.

"Having the information gathered in one place allows for it to be sent to the proper administrators, making it less likely for complaints to get lost in a complicated process," Paul wrote. "Overall, the updated policy will make it much easier for student complaints to be addressed, which will be of great benefit to the entire community."

Bisese said that the policy was a necessary part of UR's academic and student support programs and services and was required for UR to remain a regionally accredited university through SACSCOC.

"When you go through the [accreditation] process every 10 years, you have to show as a university you're doing those things that you need to do," he said. "One of those is you have to have a complaint policy, and not only is that a policy for regional accreditation, it's also a federal regulation that is checked on as part of it."

The SACSCOC Principles of Accreditation (Section 12, Article 4) mandates, "the institution (a) publishes appropriate and clear procedures for addressing written student complaints, (b) demonstrates that it follows the procedures when resolving them, and (c) maintains a record of student complaints that can be accessed upon request by SACSCOC."

"[SACSCOC] wants to see that this isn't just a policy that we have on the books," Bisese said. "The university is actually using it."

Bisese said the Office of Student Development would be able to keep a streamlined report of student complaints via the Maxient system, a confidential centralized reporting and record-keeping software, to show to SACSCOC reviewers that the policy was being used.

The pre-2015 policy was not centralized, so when SACSCOC officials asked for a record of student complaints, the Office for Student Development had to contact each department with a complaint record and compile it into one report, he said.

"We are being very innovative and using the Maxient system that we already have to more centralize it and make it easier," he said. "There's a guarantee that ... it's going to be routed to the right person."

Bisese highlighted that formal complaints, which could range from conduct appeals to concerns about requests made to University Facilities, should not be directed to the policy as a first resort.

"The main thing is that it's a policy that allows a student to write a complaint after everything else has been exhausted," Bisese said.

Bisese added that, at UR, complaints are typically resolved at the informal level without the complaint policy or through avenues that are more appropriate for specific complaints.

"When you have a high touch campus like the University of Richmond, the vast majority of complaints are resolved through the procedures that are here," Bisese said. "Very few times does someone go through all of the appeals. You don't want people superseding the process you have in place. You want to go through all of those processes so it's fair."

The complaint policy would not supersede the policy for adjudicating sexual assault, according to the policy, or complaints regarding non-sex-based discrimination, FERPA requirements, the University of Richmond Police Department, ADA/Section 504 accommodations and academic petitions and appeals. 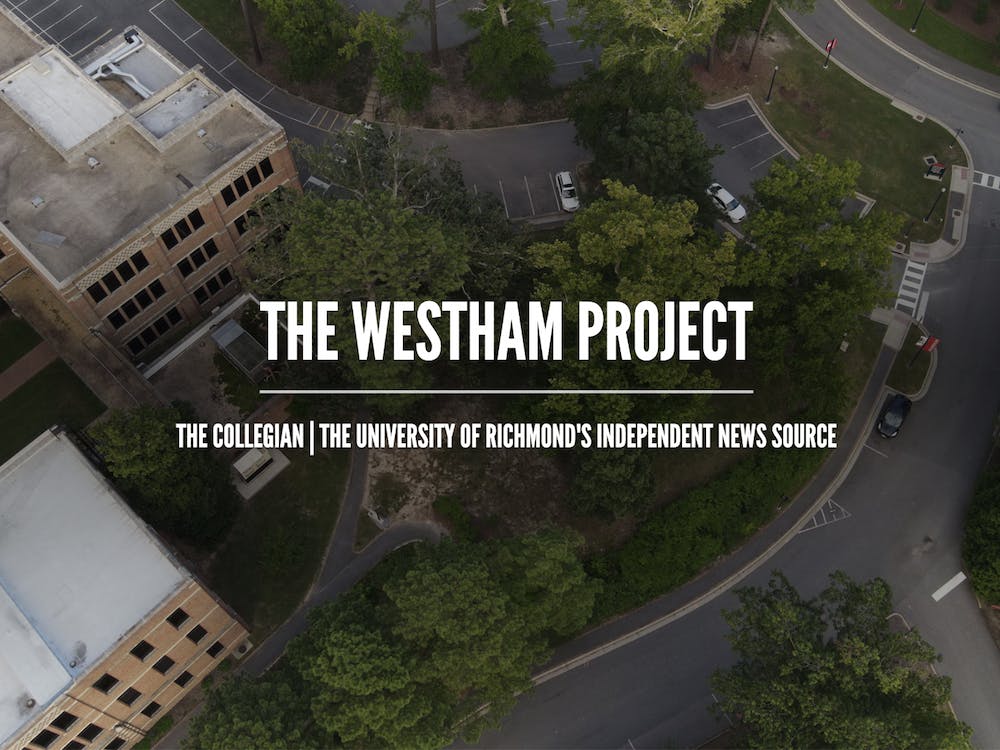 By The Collegian | 3 days ago