Two of the best releases in indie rock over the past several months show how much artists can still do within the boundaries of indie rock. Most of what shows up in the WDCE radio station inbox these days is ripping off 80s synth-pop, apes the current (and mostly dour) nu-post-punk movement or sounds like bedroom pop for only those members of the house it was recorded in.

It’s harder and harder to find something that feels fresh even within a genre that has historically been boundless. Indie rock no longer means bands that sound like Superchunk or Modest Mouse or Pavement like it did in the 90s, nor does it mean bands that release music independently — or even release it through independent music labels. But we still tend to know it when we hear it, whether that’s Bon Iver or Fontaines D.C. or Chairlift.

Young Jesus and Lomelda have managed to find space and extremes within what still feels and sounds like indie rock to make albums that feel vital and new.

Young Jesus has been around. In fact, it started as a kind of emo-revival outfit akin to bands like Foxing or Into It. Over It., but over its last three records, the band has transformed into something much freer, headier and just bigger. Its 2018 album “The Whole Thing Is Just There” was a minor breakthrough for the band, receiving positive reviews and good streaming numbers while being a huge departure from the band’s previous work. “The Whole Thing Is Just There” fuses free jazz and poetry and eastern religion and gospel and Modest Mouse and Frank Zappa and more.

“Welcome to Conceptual Beach,” released on Saddle Creek Records in August, continues on this track while aiming for a slightly broader audience. (And when I write slightly, I mean that  “The Whole Thing Is Just There” ended with a 20-minute epic, “Gulf,” and “Welcome to Conceptual Beach,” splits that up into two tracks both around 10 minutes). Young Jesus doesn’t exactly release pop songs even as lead singles either, instead opting for “Root and Crown,” a formless mass of beatific choral harmonies and finger-picked acoustic guitar.

Frontman and lead singer John Rossiter probably explains the band’s approach to indie rock best in a recent Uproxx interview: “There are, of course, moments that are very emotional, and very indie sounding, but we’re not trying to write a song in any genre. … We just go wherever it’s going to go, and we really thrive in that space.”

Young Jesus improvises, ditches traditional song structures, and out of that mess it creates some of the most affecting moments of the year. They can sound like Bruce Springsteen with an inspiring saxophone solo in “Pattern Doubt,” and later break down into almost nothing in the middle of “Magicians” before flexing their chemistry as musicians and bandmates into a cacophony of instruments that’s somehow still incredibly listenable. Their maximalist while playing for a small crowd of people, dedicated to sounding big, capable of filling arenas in terms of creative breadth, without compromising any of their idiosyncrasies.

And then just a few weeks later, Lomelda released her latest exercise invulnerability, “Hannah.” Hannah Read goes by the moniker Lomelda, and typically makes music that tries to pry back all her layers, laying herself bare on tape. This time she goes a step further putting her first name as her album title and even referencing herself on several song titles: “Hannah Sun,” “Hannah Happiest” and the closer “Hannah Please.”

Last year, Lomelda released one of my favorite bedroom records ever, and the only album that brought me to tears in 2019. “M for Empathy” is as sparse as they come with Read finding power in repetition of phrases like “Tell me what you’ve been through” and those phrases’ response: “I can’t.” It is about empathy, but it’s also about the inability to show one’s full self to others.

And Read dives headfirst into everything she dealt with on “Empathy” while letting herself say it a little louder on “Hannah.” She’s still a minimalist at her core, offering songs that could have fit snugly into past records where it’s just her singing slowly with a guitar and no definite time signature she needs to fit into.

But the moments in “Hannah” that really floor me are when she yells to the streets, even adds a band behind her. On the single “Wonder,” she only has a couple different lines of lyrics, but lets the song build into a thundercloud of guitars and strained vocals that beg to be listened to: “When you get it give it all you got you said / You got a lot / Give it your all.”

She doesn’t need much to create a moment like that, especially not in the way of lyrics. She deals in simple language but she fills whatever she writes with so much meaning through her voice — a little nasal, shy as hell but warm all the way through. On “Reach” she even comes out yelling, “So confused who I have been who I haven’t / How’d you know,” a simply put but incredibly deep couplet about friends who know you even more than you may know yourself. Friends who make you feel whole in spite of your own insecurities.

Where Rossiter and Young Jesus write songs literally about “Saganism vs. Buddhism,” Read focuses on the smallest moments of friendship and how we perceive ourselves in relation to our friends who care about us despite our flaws or despite our inability to communicate. Both, though, find something new, Read through the most granular, seemingly simple moments of life, and Young Jesus through the grand mysteries of the universe.

By Conner Evans | 5 days ago 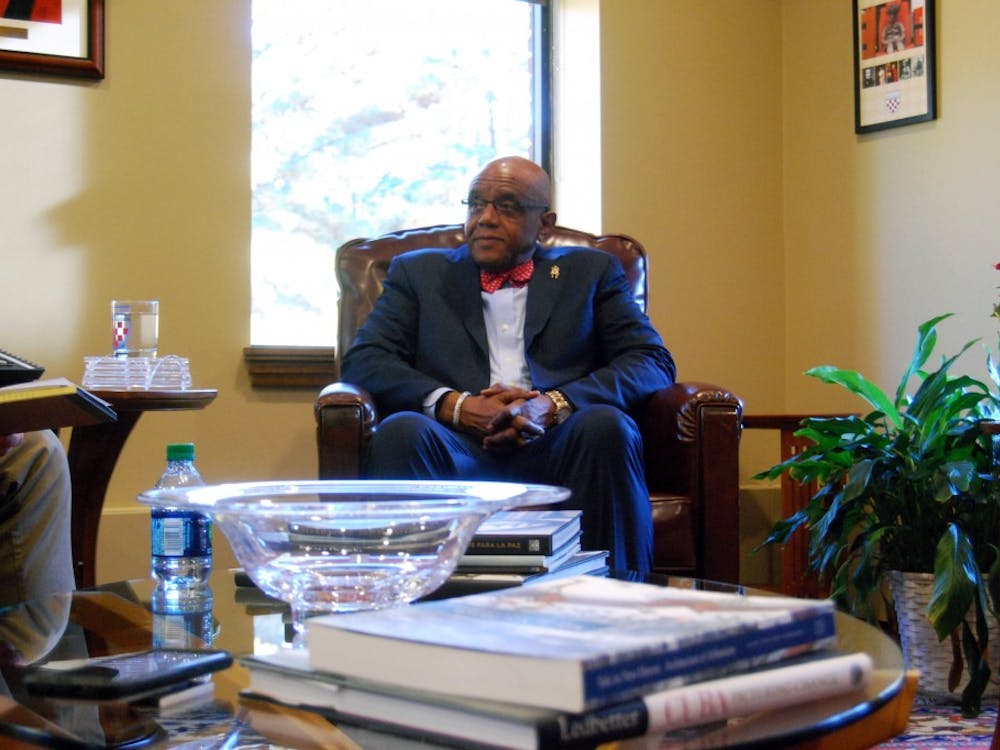 What are first-years eating?