Dear Non-Black POC, We Need to Talk: The bitter truth in growing up unapologetically Indian.

Editor’s Note: This piece was originally published in Can(did) Magazine, although it has since been edited by Collegian staff. The views and opinions expressed in this article do not reflect those of The Collegian.

It has been inspiring seeing a number of us fight like never before. But as we stand in solidarity with the Black Lives Matter movement, I cannot help but notice our shaking hands and frozen faces. Although we are terrified of and furiously against racism, we are equally guilty of past and ongoing prejudicial behaviors. We are embarrassed by our arrogance, yet that is the last thing we ever want to talk about.

A few years back, my uncle decided it was time to get married and he began looking into a traditional arranged marriage. This is an ancient and common practice in India because, for us, we aren’t just marrying our chosen spouses, but their entire family as well.

I recall my uncle constantly panicking in his search for the “perfect” wife. I almost signed him up for “The Bachelor,” but luckily, he eventually went to my mom for some assistance. His requirements were simple: she should want kids, have the same blood type (don’t ask why), be kind and, of course, be fair-skinned.

The obsession with fair skin is incredibly prevalent in the Indian world. Young brides and women in general are known to take a painstaking journey in order to lighten their appearance, including laser treatments, bleaching and avoiding direct sunlight for eternity.

When my uncle did end up marrying a kindhearted, fair-skinned woman (although unfortunately, she was a different blood type), my family and I were overjoyed. But after George Floyd’s passing, crucial conversations on race began to spark. And from those conversations, came a heavy gut punch.

My uncle was promoting colorism; he had let his biases specifically determine which woman had a chance in his life. He and his wife have a beautiful son now and remain happily married, but it hurts me to know a darker Indian woman might face difficulty in finding a husband in the first place.

And it’s not just marriage — darker Indians struggle to find jobs, particularly in the entertainment industry. I grew up watching Bollywood movies with hundreds of Romanian women as background dancers. There are 1.3 billion people in India, but the film directors decided that eastern Europeans would best project what it means to be Indian… OK, great.

I recently sat my mother down and asked her why we were so selective and discriminative against our own community-- prepared to give my lengthy speech on modern colorism.

“Well, do you remember the letter you gave me on Mother's Day when you were six?”

“I remember. You said you loved my cooking and my skin. You said my skin was like milk.”

Now, don’t get me wrong — being fair-skinned with baby freckles and light eyes is a beautiful thing. But what my mother was trying to get at was my early obsession with skin tone and how colorism was prevalent in my life before I ever started yelling at an entire nation about it.

Growing up, my Indian friends and I frequently boycotted harmful skin-lightening products. We were enthusiastic, 11-year-old activists, determined to abolish the multimillion-dollar brands. But we were also the same kids who bragged about having light-skinned parents. Several of the brown boys in my class started using the N-word, saying it was alright because their favorite artists sang it. The truth is, we grew up oblivious and are part of the reason why colorism still exists today.

After the conversation with my mother, I was quite disturbed by my past actions, I called up my friends to have a discussion on whether colorism was as much of a prominent, underlying problem as I was beginning to think it was.

One friend said she had been bullied for not being Latina enough because she had light skin. My Arab friend said he was mocked as a “terrorist” because of his dark skin. My biracial friend, who is half Malaysian and half Dutch, struggles to find acceptance in either community. The internalized racism that exists within our own cultures is alarming. It took the Black Lives Matter movement to make us look into the mirror and see it ourselves.

So what do we do? We’re already supporting Black businesses, listening to the right politicians, reading James Baldwin. We’ve had conversations on racial injustice. We’re doing the best we can, right?

Before we applaud ourselves, let’s go back to where we all came from. Search for the hidden truths regarding discrimination in each of your cultural societies. You’ll find your people were brutally hurt, perhaps through colonization and other forms of exploitation, but there’s the possibility of our own people doing the very same to each other. After all, colorism is real, and it damages all communities of color. Sit with that; recognize the current privilege secretly floating among us lighter skins within our cultural communities.

Having these conversations and reading on India’s history on colorism has been exhausting. There is a thick layer of guilt I still need to push through. Although I’ve never intentionally hurt someone, I understand that my privilege has, which makes facing the guilt tougher but still very much worth it. I’m writing petitions against skin-whitening brands and calling out my country for continuously supporting them.  Several folks have accused me (and might also accuse you) of not loving my country. But I do this because I have unconditional love for India, my home. All I want is for little brown girls to know their home culture loves them, celebrates their skin and promises to be on their side.

Next time another one of my desperately single uncles wants to get married, I’m ensuring he won’t be so arrogant as to have “fair skin” as a requirement for his potential wife. The only requirement I have for you, however, is to continue learning and fighting against internalized racism. There’s no grand prize for this task. The reward lies in the future generations. Let’s hope our children will be safe from the poor decisions of our past.

OPINION: Chloé Valdary has a dream 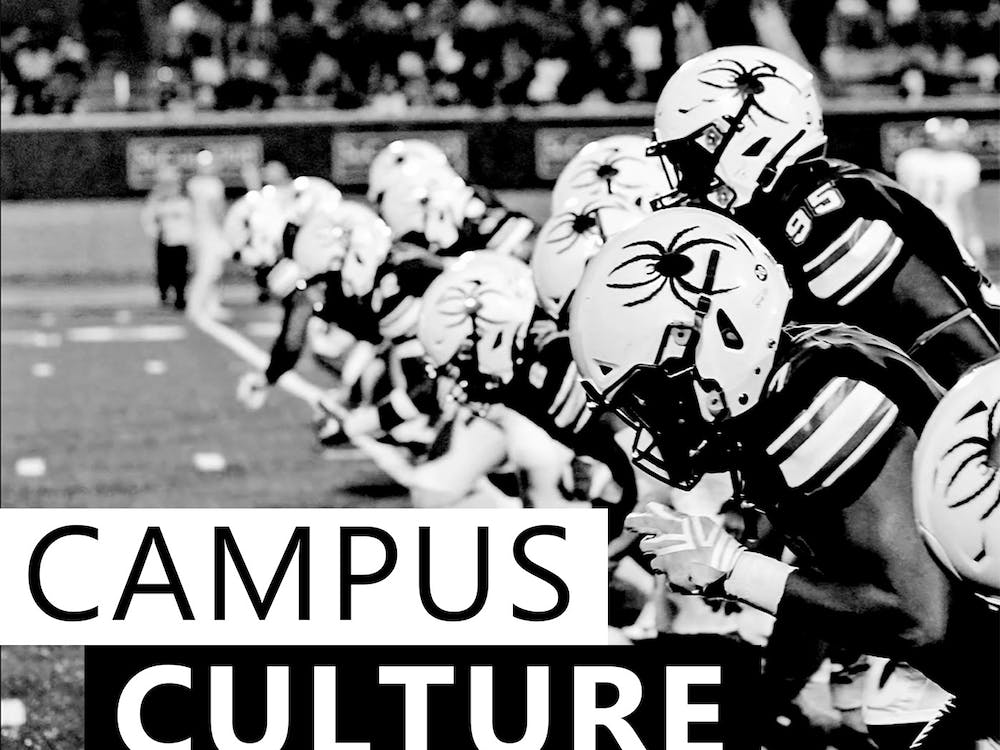 OPINION: Is U of R More Concerned With The Pandemic Or PR?