Civil rights leader John Lewis’s words “get in good trouble, necessary trouble” inspired Henrico County student Kenton Vizdos to silently protest during his virtual classes at Deep Run High School this November. Vizdos did not expect that for him, trouble would take the form of two suspensions and an ACLU case.

On Nov. 4, instead of showing his face or initials in his Microsoft Teams virtual classes, Vizdos showed a scrolling 50-slide PowerPoint presentation. Vizdos said that the elections the day before had inspired him to spread awareness about social justice issues.

Vizdos said he tried to fill the slides with “useful information that was worth informing people about.” Every other slide focused on police brutality, and the PowerPoint was interspersed with other topics such as COVID-19, climate change, and the Trump Administration’s response to transgender bathroom laws. Vizdos included Hannah Arendt’s 14 characteristics of fascism beside quotes and screenshots of tweets from President Trump.

Vizdos said that the process of researching and setting up the PowerPoint was a good learning experience.

“We haven’t really talked [about these issues] at all in school,” he said.

Everything went smoothly until Vizdos’s English teacher requested that he turn off the slideshow.

“I politely declined, and I told her my reasoning. But she didn’t really appreciate it,” Vizdos said.

With less than half an hour left in the school day, Vizdos was removed from his Microsoft Teams classes.

Vizdos was then suspended for two days. He was permitted to continue to do all of the work, but he wasn’t allowed to attend the Teams calls.

The COVID-19 pandemic has changed what school looks like for Vizdos and millions of other students in the United States. A study by Education Week surveyed the 100 largest school districts in the United States and Puerto Rico. They found that 74% of these districts, which included more than nine million students, went fully remote.

Remote learning has complicated school policy, as the line between home and school has been blurred. Virtual school also allows students to present their opinions in a new way, through the backgrounds on their video calls. In September, a high school teacher in Calusa, California asked a student who had a Trump/Pence flag in his background to leave class.

Alec Greven, a senior at the University of Richmond who won grant funding this year to co-author a guidebook for colleges about free speech, said that the COVID-19 pandemic had created new obstacles for student free speech.

“COVID-19 has definitely had an impact on free speech in high schools and colleges,” Greven said, “With limited in-person opportunities, there are fewer opportunities for students to be able to speak out on their campuses.”

The limitations on freedom of speech during virtual learning may be a new problem, but for centuries, courts have debated the extent to which students should be allowed free speech. In 1859, the Vermont Supreme Court decided that a teacher was within his rights to give an eleven-year-old student a rawhide whipping because he used “saucy and disrespectful” language outside of class. One of the most famous cases occurred in Des Moines in 1965, when seven middle and high school students wore black armbands to mourn the deaths brought on by the Vietnam War. Five students were suspended, including 13-year-old Mary Beth Tinker, her older brother John, and their friend Christopher Eckhardt.

Three and a half years later, the Supreme Court ruled on Eckhardt’s and Tinkers’ case. Seven of the nine justices sided with the students. In the majority opinion, Justice Fortas explained that the silent armband protest was not disruptive to the school. Fortas wrote, “In the circumstances, our Constitution does not permit officials of the State to deny their form of expression.”

According to John Pagan, professor emeritus and former Dean of the Law School at the University of Richmond, the Tinker v. Des Moines decision allows public schools to punish students whose speech on campus is disruptive to the class.

Was Vizdos’s silent protest a disruption to the learning environment? Vizdos said that his classmates were not forced to watch his protest.

“Microsoft Teams has the option to disable incoming video feeds,” he said.

College of William and Mary law professor Jim Dwyer believes that when determining whether Vizdos’s protest is protected by the First Amendment, this fact is likely “relevant but not dispositive.”

“There is general free speech doctrine holding that an audience is captive even if it is able to avoid the speech,” Dwyer said, “The specific context of which I'm aware is signage on public transportation; the fact that one can simply not look at the signs does not change the First Amendment analysis.”

Kurt Lash, a professor of constitutional law at the University of Richmond, suggests that Henrico School District’s policy is important to consider when analyzing Vizdos’s first amendment rights. He believes that if the school district prohibits all students from using any virtual background, then a student’s background would not be covered by the First Amendment.

“In that case, I think Tinker would control—seeing a protest slide rather than a face would violate both a content/viewpoint neutral rule and be reasonably viewed as distracting from the class lesson (the student would be calling attention to a text other than the one being studied—the text on his slide),” Lash wrote.

The Henrico County Public School’s 2020-2021 Learning Plan Handbook states that “Students will be encouraged to use a generic ‘virtual background’ within Microsoft Teams.” Even on the first day of his protest, Vizdos was familiar with these rules. An avid programmer who won the Richmond Technology Council’s Next-Gen Award earlier this year, Vizdos put his technology skills to use. To ensure that his protest followed the guidelines, he used a webcam rather than a virtual background to screen his protest. Additionally, Vizdos blocked out every image of a gun in the PowerPoint, and he cited his sources for each slide.

“As of now [my protest] has not broken any of the rules stated by Henrico County,” he said.

Lash believes that a school would have the constitutional right to shut down a student’s protest if the policy was applied equally to all students. He wrote, “[If] the teacher allowed all kinds of different pictures and slides, then singling out this one would be likely viewed as viewpoint discriminatory and in violation of the Tinker rule (so long as none of the text was obscene, promoting illegal activity, or otherwise more 'distracting' than what other students were allowed to use).”

ACLU of Virginia Legal Director Eden Heilman has suggested that Vizdos has indeed been singled out. In an interview with ABC 8 News, Heilman said, “There are other students who do express different backgrounds and virtual screens and haven’t been punished.”

Vizdos tried to pinpoint the exact reason why his protest resulted in suspension. Vizdos’s warning suspension email referenced the scrolling protest, and one of Vizdos’s teachers told him that the slides changing was what made his protest distracting. So, Vizdos cut his 50-slide PowerPoint down to a single slide.

Vizdos decided to focus the single slide on the Black Lives Matter movement. The slide showed a collection of eighteen photographs, with the caption “All of these unarmed people were murdered by the police, whose actions were endorsed by President Trump.”

After Vizdos returned to classes, he found out that the static slide did not solve the issue in the eyes of the administrators. He was given a second suspension, this time for 10 days.

Vizdos said he was surprised by how the school handled his protest.

“It’s just kind of shocking from their perspective to punish so harshly for talking out about the issues, but never punish anyone really for actually being a racist in school. There’s been multiple incidences that have been brought forward to them, and most of the time they have just written them off as false,” Vizdos said.

Over the summer, Henrico Public Schools stated their commitment to social justice, in response to police brutality against Black Americans.

“As a system, we have pledged to advance critical work related to equity, build the ability and resources to strengthen our cultural competence,” Henrico County Superintendent Amy Cashwell wrote on Twitter.

Henrico County students also took to social media activity over the summer. On June 19, a group of anonymous students created an Instagram account called black@hcps. More than 350 posts have been published so far, detailing stories of microaggression, discrimination, and other racist incidents that happened to students and teachers in Henrico County.

Students in Henrico County are also pushing for change within school-sponsored programs such as the school clubs and the Equity Ambassador Program. According to the Henrico County Website, students in the Ambassadors Program host events to “promote equity and inclusivity within their school communities.”

According to U.S. News and World Report, at Deep Run High School, the school Vizdos attends, 70% of the students identify as white. This is a higher percentage than at any of the other eight high schools in the school district.

Vizdos said that his classmates were generally supportive of his protest. However, when he asked them to protest with him in solidarity, no one agreed.

“It turns out that a lot of people are scared of being suspended,” Vizdos said, “And that’s totally fine. I totally understand, especially with colleges and stuff coming up.”

This September, the Common App announced that it will stop requiring students to report their disciplinary history. However, Vizdos’s suspensions may still impact his college future, because individual institutions might decide to ask that question themselves.

The new committee will consist of a couple of students from each school in Henrico County. Vizdos believes this committee was created directly because of his protest. Vizdos said he has not yet received much information about the new committee, and he is not hopeful that the committee will be able to create substantial changes.

“I’m guessing it will be a lot of going around in circles. And, like they said in the email to me as well, it will only be suggestions for the County that are not going to be guaranteed to be used,” Vizdos said.

When asked about the new Henrico County student committee on protesting, Henrico County Public School’s Chief of Communications and Community Engagement Andy Jencks responded: “I’m afraid I don’t have anything new to offer on this topic yet.”

Vizdos has returned to school, and he continues to show his static protest slide during his classes. Vizdos set up a PowerPoint guidebook to show his high school classmates how to set up their own protests using a webcam software. In it, Vizdos included eight slides of “Teacher FAQs” that reference his constitutional right to protest.

Vizdos believes that protest is one of the most effective ways to create change.

“It seems to be one of the only options. We’ve tried a whole lot of other things, but nothing seems to come of it,” Vizdos said.

Since coming back to school, no teacher has requested that Vizdos stop protesting. Vizdos said that he planned to keep on protesting, even if he risks suspension again.

Vizdos has advice to offer for future virtual student protesters.

“I would just say, read the rules, make sure you understand them, and find a way that works for you.” 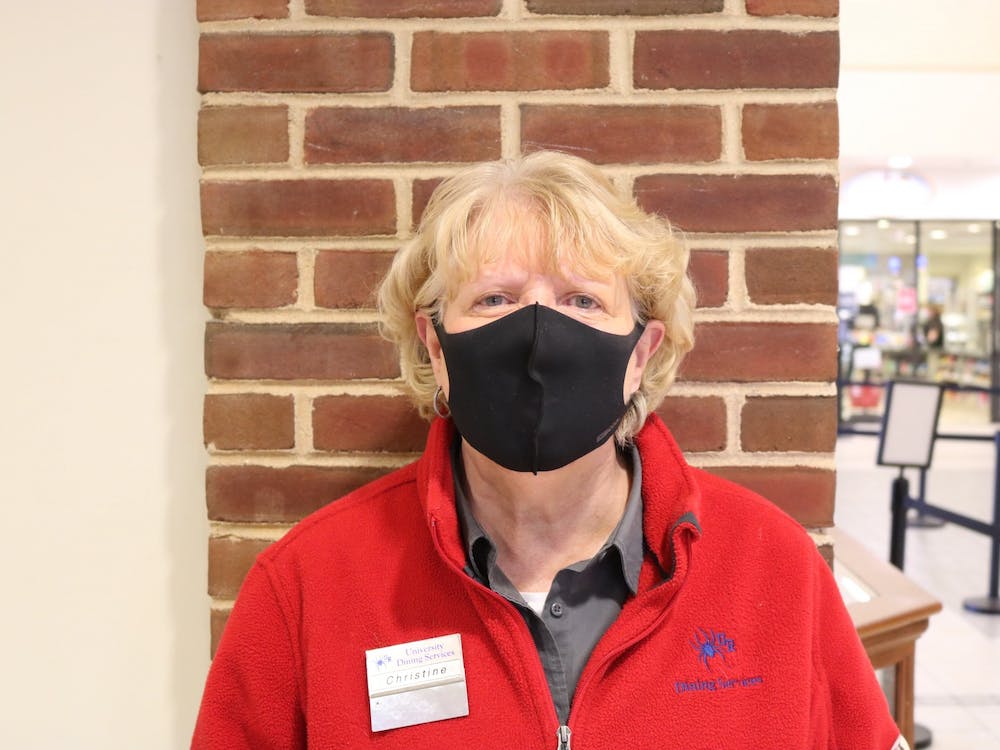 Christine Caton wants to know you 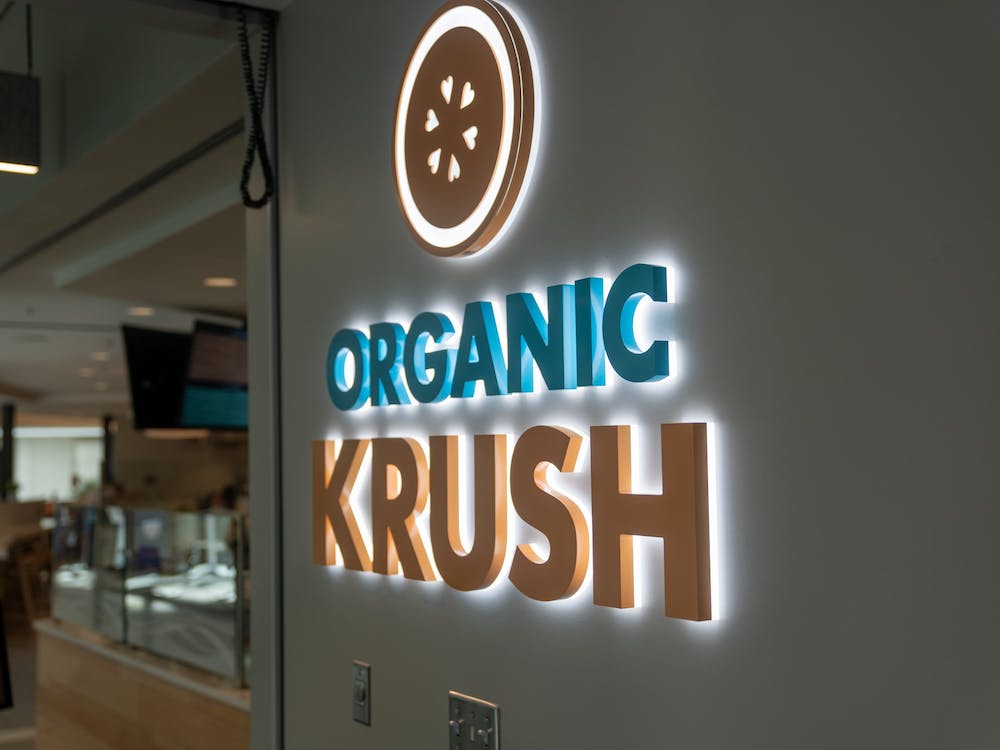 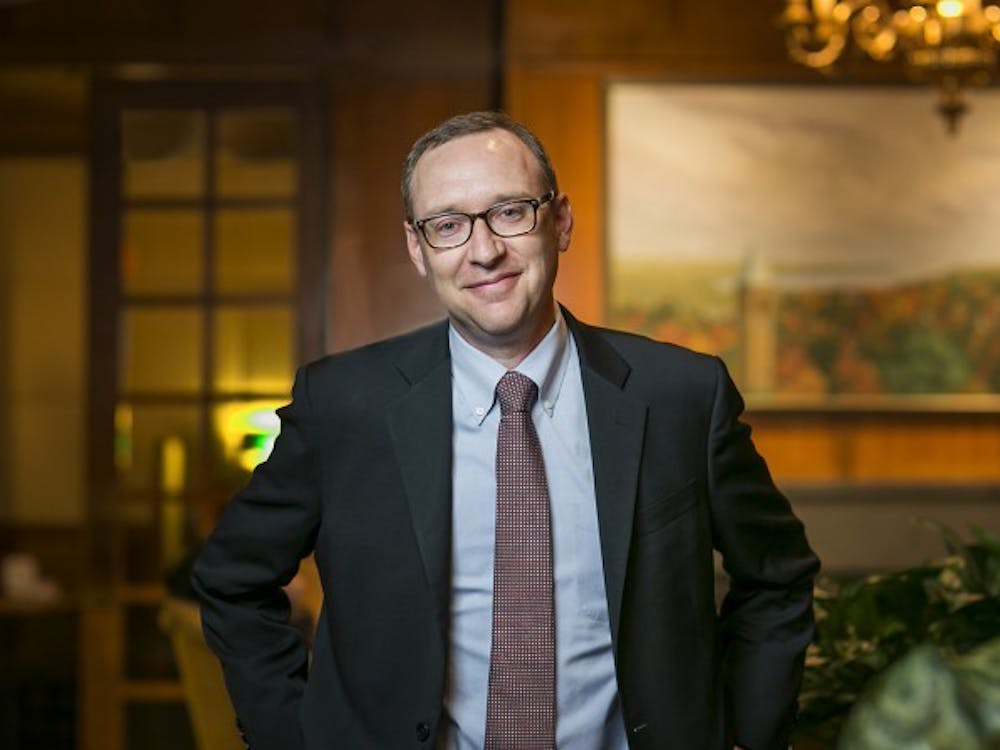