The University of Richmond men’s basketball team has improved to 6-3 in the Atlantic-10 Conference following its win against the University of Massachusetts Amherst, 79-65, on Tuesday evening at home.

Graduate student guard Blake Francis led the team in points, with 20, followed by senior forward Nathan Cayo, with 18, and finally graduate student forward Grant Golden with 16. Francis’s 20 points was a game high and his 13th 20-point game with the Spiders.

The win against the Minutemen also included the Spiders' second-most team assists this season (17), and their most rebounds in any conference game this year (37).

Francis put the first points on the board with a three-pointer, and the Spiders kept the lead for the remainder of the first half. After keeping a consistent three- to five-point lead throughout most of first, the Spiders took a ten-point lead (28-18) at the nine-minute mark. Major contributors included layups for sophomore forward Tyler Burton, Cayo and junior forward Matt Grace, and a pair of free throws for junior guard Andre Gustavson.

Heading into the last few minutes of the first half, Francis made a three off of a Gilyard steal and assist to regain the 10-point lead. The Spiders maintained the pressure and concluded the first half leading 43-32. Together, Francis’s 17 and Golden’s 10 accounted for over half the team’s score.

At the start of the second half, UMass first-year guard Javohn Garcia put the first points on the board with a three-pointer off a fast break. But the Spiders quickly responded with a dunk by Burton, assisted by Golden with 18 minutes remaining in the second half.

The Spiders held the Minutemen scoreless for the next three minutes, before a free throw by UMass first-year forward Ronnie DeGray III. The Minutemen went on a 4-0 run, tightening the Spiders' lead to single digits, but Cayo’s second chance dunk brought the team ahead again, 49-38.

With about halfway to go in the second half, Cayo already had 10 points and 14 in the game, making it his 50th double-figure scoring game while at UR.

With less than eight minutes left in the game, the Spiders led by only eight points (63-55) after a pair of layups by UMass first-year forward Dyondre Dominguez and a jumper by redshirt first-year guard T.J. Weeks.

But UR began to pull away, with a double-digit lead with five minutes remaining after Golden drove in for a layup. The Minutemen tried to fight back, but a 5-0 run only got them so far. The Spiders' final points of the game were from Gilyard, with three good free throws.

After two consecutive home games, UR is on the road to compete against Saint Louis University this Friday at 7 p.m. The game will be nationally broadcast on ESPN2. 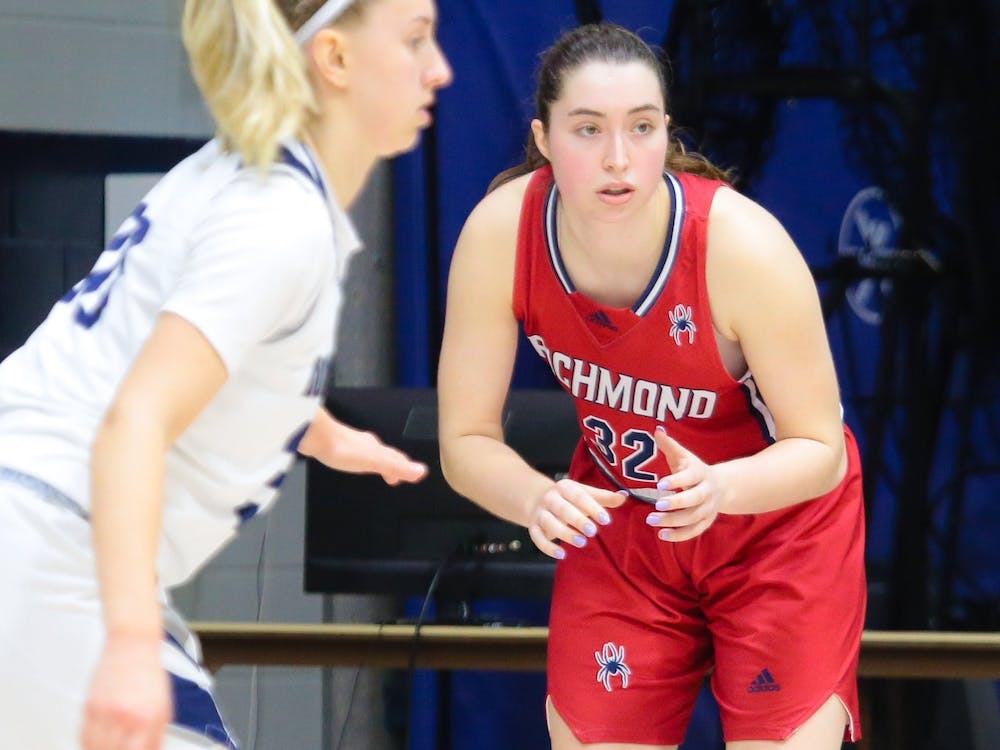 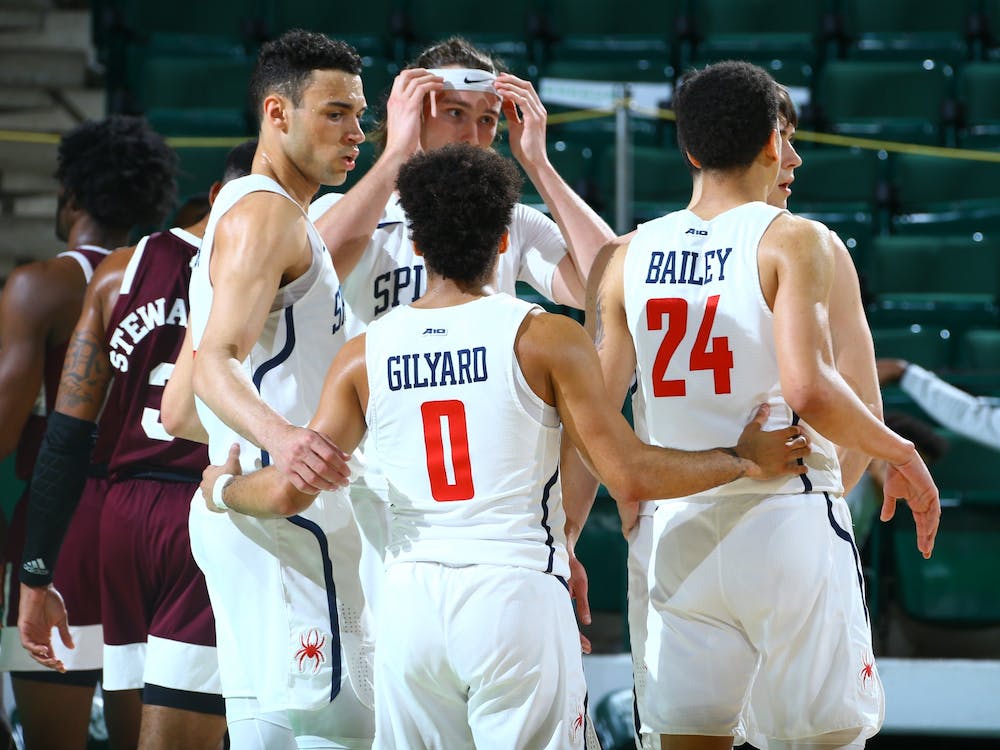