With less than one week until the Virginia Democratic governor primary, former governor Terry McAuliffe, leads the gubernatorial race ahead of former delegate Jennifer Carroll Foy and Sen. Jennifer McClellan, D-Richmond, in one of the most diverse fields of candidates in the Commonwealth’s history.

The winner of the primary will run against Republican candidate Glenn Youngkin in a critical off-year election this November that will provide possible insight into the political landscape after the Trump-era administrative changes by demonstrating shifts in voting patterns and party affiliations.

McAuliffe is running for his second term in office on a platform of electability and anti-Trumpism, using his prior tenure as evidence of his ability to unify the democratic base and win the November general election.

Much of McAuliffe’s campaign has centered around framing himself as the only candidate who can successfully unify Democratic voters and win against the Republican nominee in the November general election, according to NBC.

“You look at the Republicans -- they’re fawning all over Donald Trump,” McAuliffe said in a televised debate on May 5. “They’re trying to bring their Trump politics here to Virginia. We can’t allow it. We’ve got to stop them.”

Despite broad support, McAuliffe is struggling to gain votes from people of color as a white man running against two women of color, according to a recent poll by Christopher Newport University.

Progressive Democrats call McAuliffe’s plan for a prospective second term “befitted for a bygone era,” especially in regards to his record on policing and gun violence.

“When the community asked him for help, he chose inaction,” Foy said in a televised debate on May 5. “He even told the ACLU that he will always come down on the side of law enforcement.”

The gubernatorial race that has the potential to seat McClellan, who would be the first Black woman governor in the United States.

Although McClellan appears to be lagging in polls, her strategy for the next two weeks is to generate excitement about the primary through phone-banking and traveling around the state, she said.

The potential to serve as the first Black woman governor in the United States motivates and inspires much of her campaign, she said in an interview with The Collegian.

“To know that I now, in the former capital of the Confederacy, would be the first African American woman governor shows that the sacrifices and fights of my ancestors were worth it,” McClellan said. “I can be in a position to make sure that my children and other children don't have to fight those fights and that they don't have to wonder if they can be anything they want to be.”

McClellan has served as a state senator since 2006. Similarly to McAuliffe, McClellan is using her experience in the state legislature and identity to appeal to democratic voter bases.

“We're really building a broad coalition that leaves no community and no part of Virginia behind,” McClellan said.

McClellan says that voters in Virginia wanted a governor who had experience in Virginia politics and a new perspective. By electing her, voters can have both, she said.

Her campaign is focusing on progressive issues, specifically racial equity and confronting Virginia’s confederate past.

Foy has received endorsements from the Working Families Party and other prominent progressive organizations and funders.

As governor, Foy would want to reform the criminal justice system, increase access to healthcare and make Virginia a pro-worker model for the nation, according to her campaign website.

With such a diverse group of candidates, Dan Palazzolo, professor of political science at the University of Richmond, worries about fragmentation and lack of motivation to vote in both the primary and the November general election, he said.

“There's a lot of talk about the base of the Democratic party being a little flat,” he said in an interview with The Collegian. “There is an opportunity to nominate someone, maybe an African American candidate, and McAuliffe is broadly construed as the establishment candidate.”

Whoever wins the primary ticket will have to motivate and energize democratic voters in Virginia, Palazzolo said. The nominee will also likely have to address fragmentation within the party and appeal to both progressives and moderates for the general election.

“Right now, until this primary is over, it's the Democrats who are divided,” Palazzolo said. “They’re the ones who have to come together.”

The candidates met for a final debate on June 1 and the Democratic Primary will be held on June 8. 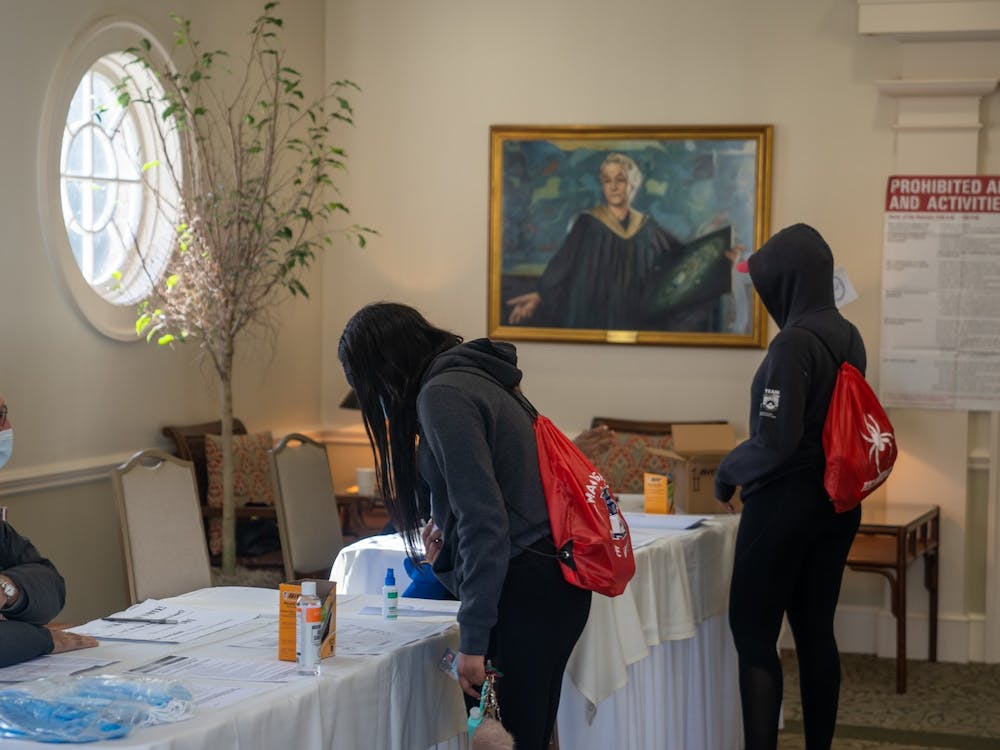