The president of the Federal Reserve Bank of Richmond told a campus audience not to worry about an impending recession from the COVID-19 pandemic and that economic turmoil is a constant in the economy during a live recording of Roben Farzad’s “Full Disclosure” on Oct. 12 in the Robins School of Business.

“Every year, there is something that happens,” Barkin said. “The uncertainty in any given year is always massive. … I don’t think there is one time we can point at and say ‘this is a baseline year.’”

Farzad, host of the “Full Disclosure” podcast, sat down with Barkin to discuss the effects of the COVID-19 pandemic on businesses, the economy at large and how Barkin and his colleagues at the Richmond Fed have fared over the pandemic.

Barkin has been president since 2018 of the Richmond Fed district, which comprises the District of Columbia, Virginia, Maryland, North Carolina, South Carolina and most of West Virginia. Barkin was appointed in 2018 to the Fed presidency from his previous position at the global consulting firm McKinsey and Co. As president, Barkin is responsible for overseeing monetary policy, bank supervision, payment services and the Fed’s National IT organization, according to its website.

Farzad began the talk by asking Barkin directly about the pandemic and how the economist tried to contextualize the crisis as it was happening.

Barkin discussed his lack of awareness or preparation for a pandemic and said that the 1918 influenza pandemic had barely been a historical footnote in his education. Barkin said he consulted as many books as possible on the previous pandemic once the COVID-19 pandemic hit, he added. He noted “The Great Influenza” by John Barry as being particularly insightful.

At the outset of the pandemic, when entire cities and state governments shut down and businesses were told to no longer conduct business, Barkin and his colleagues held an emergency meeting at which they nervously discussed what to do to avoid an economic catastrophe, Barkin said.

Throughout the conversation, Barkin talked about interest rates going to 0% stating that as long as inflation stayed as low as it has been for over 20 years, there was no reason to raise the interest rate.

Farzad expressed the opinion of some economists that the consistently low interest rates of the last 20 years are a sign of consistent economic hardship. Barkin responded by saying that population and productivity growth had been down over the same time, so there is no cause for alarm.

With people making less, and there being less to spend on given supply-chain uncertainty throughout the pandemic, there is too much uncertainty for investors and volatility for buyers, Barkin noted.

Farzad went on to ask Barkin who would price and provide pandemic insurance following this crisis to which Barkin responded, “Probably nobody. By the way, it's hard to get hurricane insurance in Florida.” Barkin went on to say, “Insurance companies now see pandemics as a more live risk and they’re gonna exclude them as best they can.”

Farzad pointed to limited cases where groups had pandemic insurance and have gotten large payouts from such policies such as Wembley Stadium in England, set to receive a $141 million payout. Barkin emphasized that cases like Wembley would likely drive insurers further away from this type of policy.

Insurance is a game of limiting risk, Barkin said, and insurers see a pandemic as nothing but risk.

Barkin said of adjusting to virtual work, the Fed workers did not take well to Zoom and expressed how difficult it was to read people and conduct business without the ability to talk one-on-one after a meeting or the ability to read someone’s body language during a presentation.

“I don’t know that [working over Zoom] is working,” Barkin said. “I’d say we’ve made it work.”

There was one hopeful takeaway Barkin gave the crowd of mostly Richmond locals: the pandemic is just another crisis like every other year.

First-year Alice Mendelson attended the recording and said she was comforted by this comment.

Although there is uncertainty now, uncertainty also existed in 2019-2020 preceding the presidential election, in 2018 from the tariff war, in 2017 with Trump’s first year in office, and so on, going back to the dot com bubble burst of the late ‘90s, Barkin said.

Although COVID-19 presents particular challenges and struggles for the economy and the nation, the nation has faced many before and come out the other side, Barkin said. 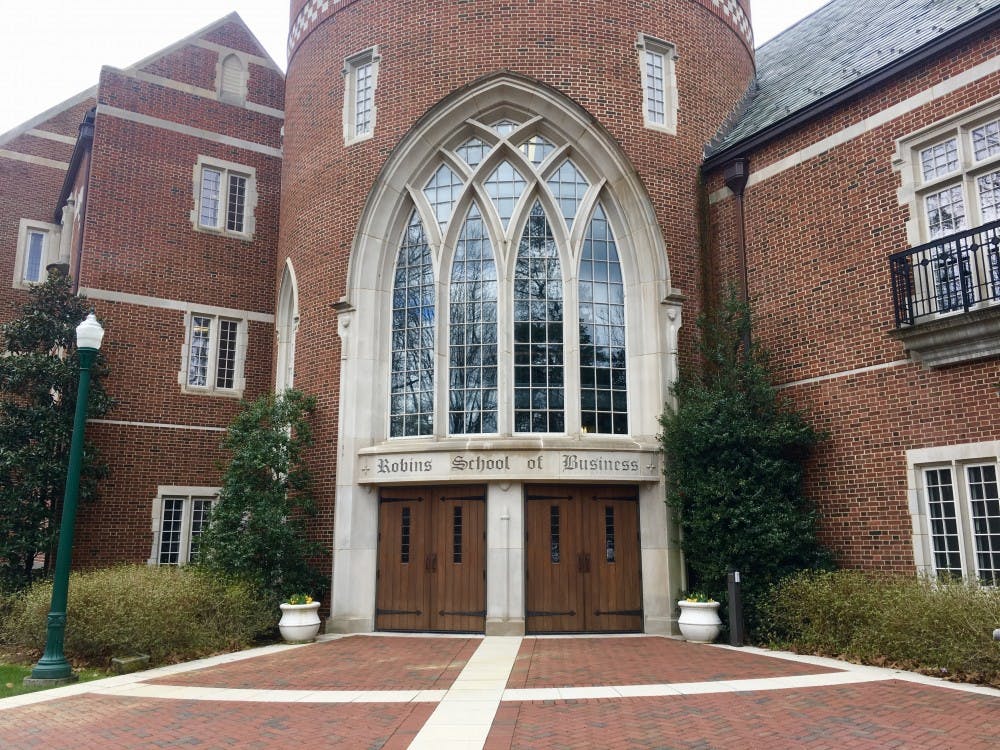 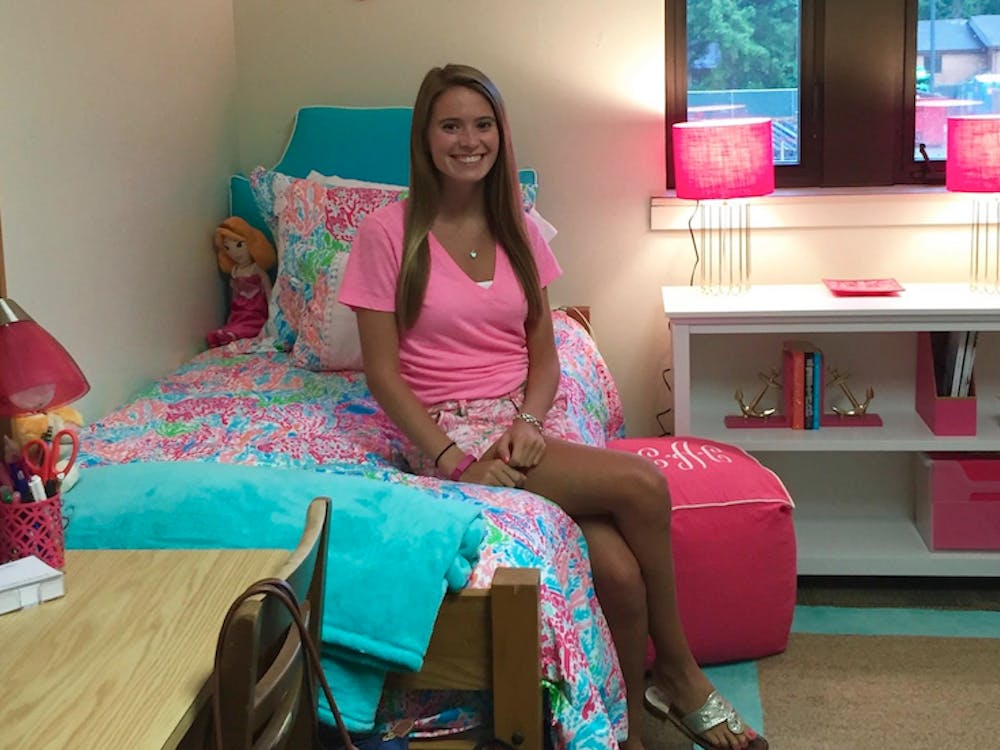 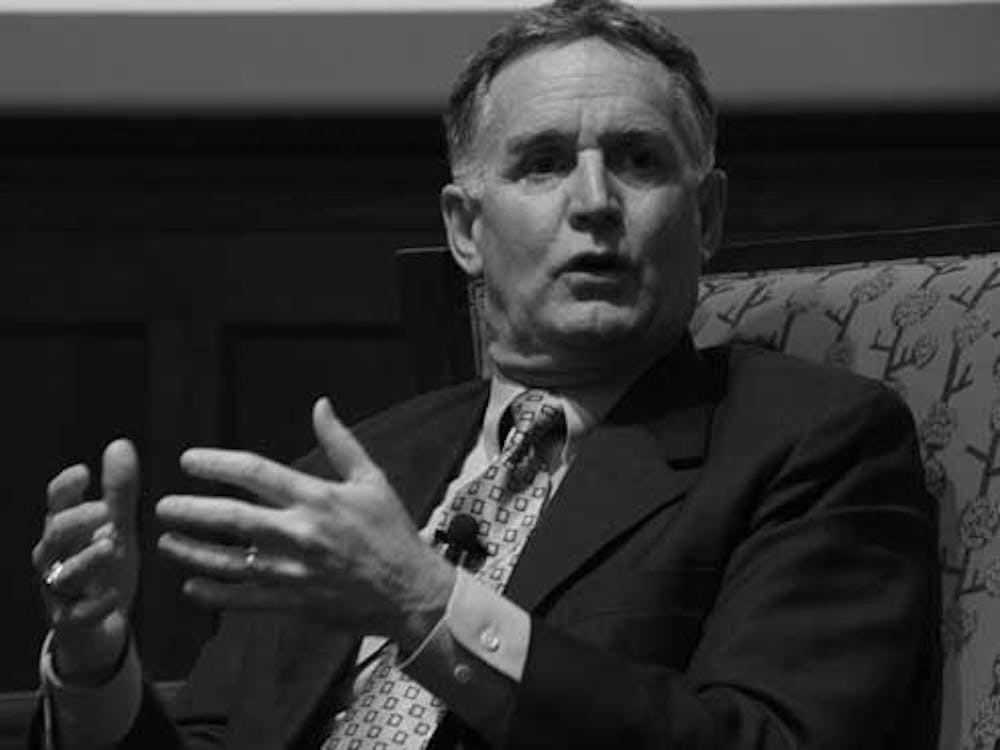