Spiders survive in overtime with win against Hampton

The women’s basketball team defeated Hampton University in a 68-65 overtime win at home on Nov. 20 and improved to 4-1 on the season.

The Richmond Spiders started off slow, turning the ball over twice in their first two possessions. The Spiders’ first basket came a little over two minutes into the game with a three-pointer by sophomore forward Cayla Williams.

The second quarter began with both teams battling until the 7:18 mark where junior guard Siobhan Ryan hit a three-pointer. Then another and another. She erupted with nine easy points from three. It was all Spiders after that, ending the quarter with a 37-24 lead entering the half and holding Hampton to zero field goals made in the last three minutes of the quarter.

“Really proud of how we played,” head coach Aaron Roussell commented about the first half. “That second quarter I thought we got loosened up a little bit. You know, it still got to the point that you didn't want to feel too good because I still thought that we were turning the ball over too many times.”

Hampton went on an 8-0 run in the third quarter, making a 13-point lead into a three-point lead halfway through the quarter. Luckily, the Spiders recovered and had an 11-point lead entering the fourth quarter.

The fourth quarter was not so great for the Spiders. They missed shots and turned the ball over frequently. The Spiders were in a tied ball game by the end of the quarter. Tied at 58-58 a piece, junior guard Grace Townsend had a chance to win the game, but missed and the game was sent into overtime after regulation.

The Spiders started off hot in overtime. Junior forward Addie Budnik made a layup and on the next possession and sophomore guard Katie Hill followed with a steal, scoring a layup. The next two Spider possessions ended with three-pointers from Townsend.

Despite the many turnovers made by the Spiders, 26, the Spiders won a close one at home against Hampton.

The team was led by Townsend in scoring with 19 points. Ryan was behind her with 16 points, then Hill with 13 points and finally graduate student Emilija Krista Grava with 12 points off the bench. The team also finished with a 47-26 rebound advantage and as a team shot 40.4% from the field.

UR’s next opponent is Idaho in the Navy Classic.

“I think you know both Idaho and Northern Illinois are really, really tough matchups for us,” Roussell said. “But it's going to be a little bit like looking in the mirror. You know, I think they play a similar style and play a similar way. We know we can get better and I think that has to be the focus especially early in the week.”

By Jimmy James | 6 hours ago

By Annie Clarkson | 5 days ago 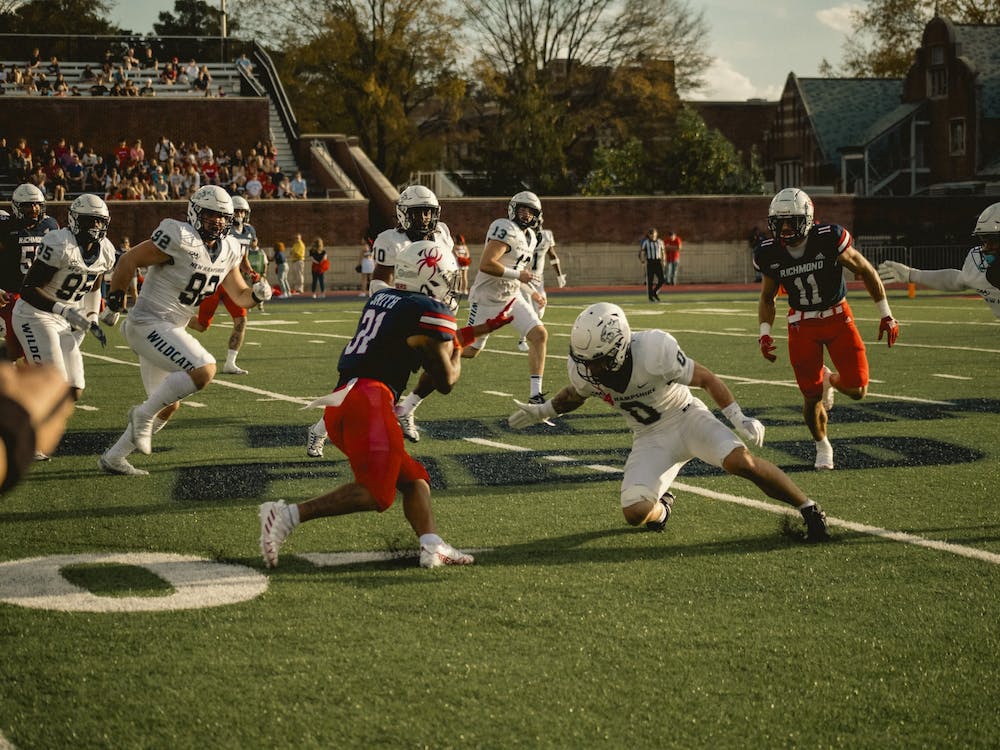