The Spiders were unable to make up for a poor first-half performance as they lost to Old Dominion on Tuesday. 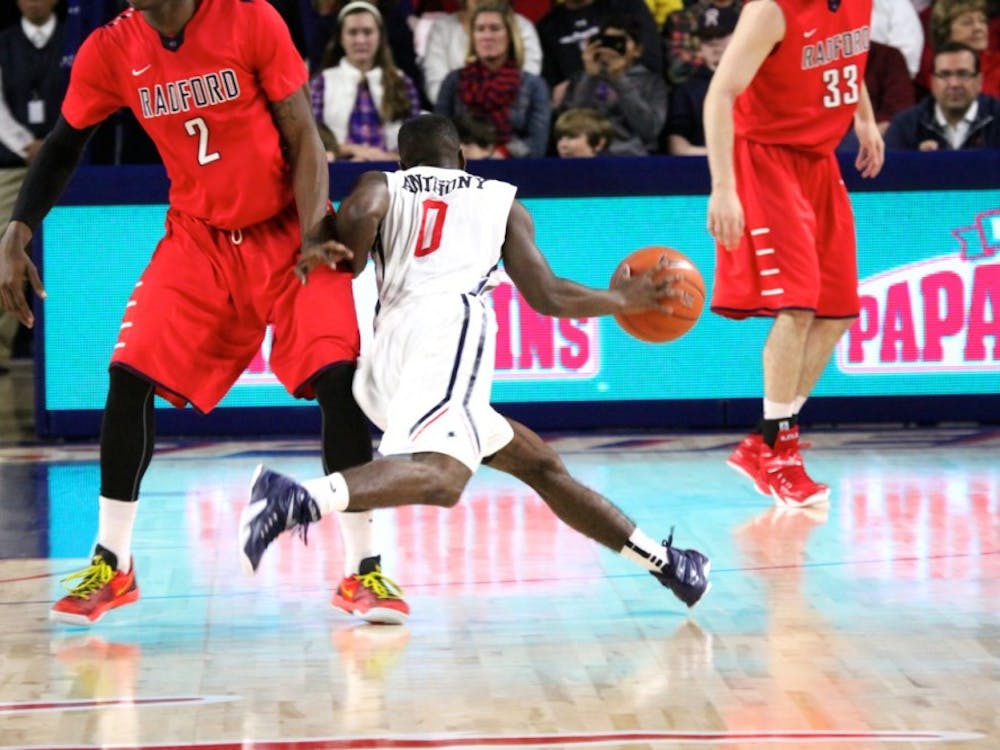 Richmond basketball will try to start its season with a win against the Radford Highlanders in Robins Stadium. Follow our live blog for updates throughout the game.

T.J. Cline ready to build his own legacy

Basketball player T.J. Cline, a redshirt-sophomore, is expected play a huge role in the Spiders' rotation this season. 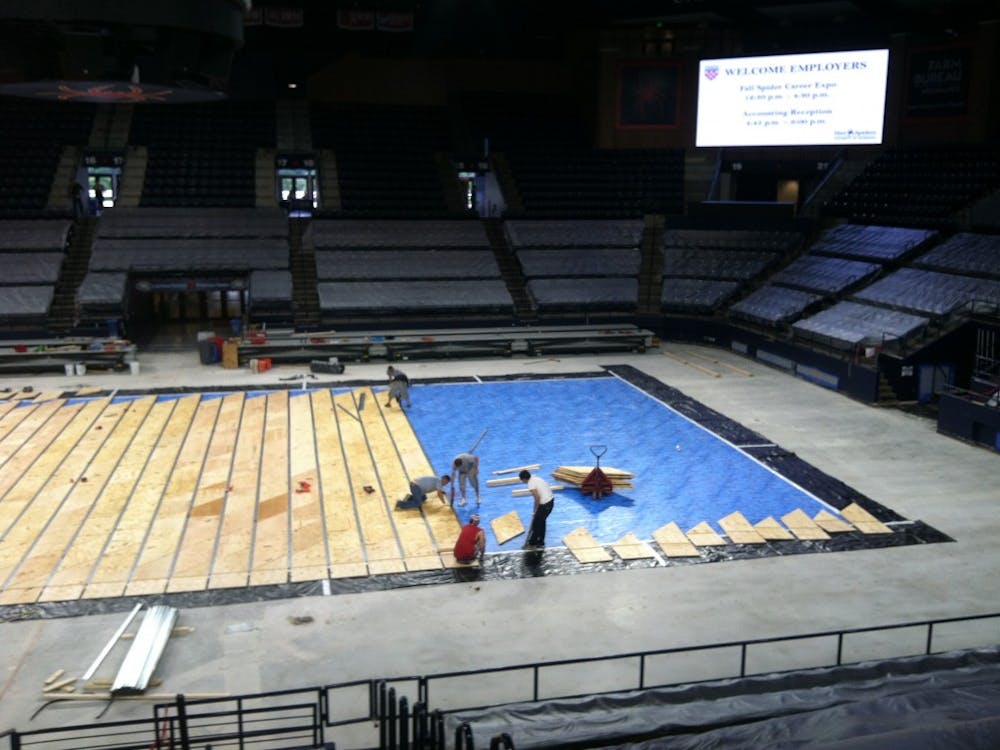 Cracks in the Robins Center basketball court require more than a quick fix -- an unexpected cost outside of the $17 million renovations. 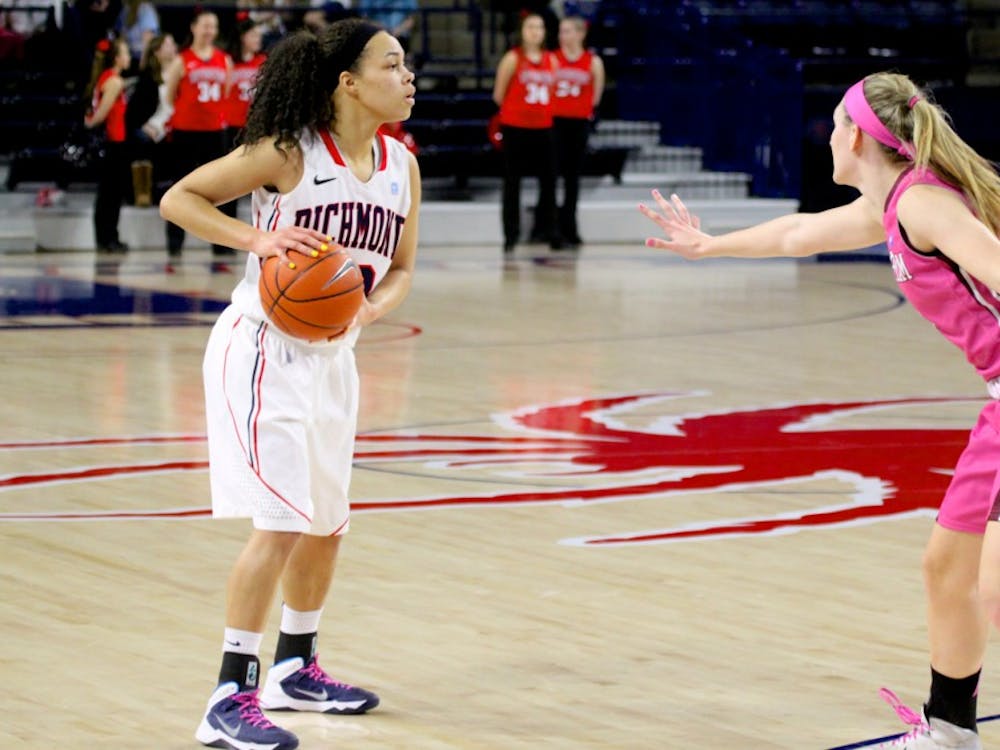 Richmond's women's basketball team has its sights on the A-10 championship this season, and hopes to keep its players healthy.

The Atlantic 10 earned a league-record six bids to the National Collegiate Athletic Association tournament on Sunday. The six bids, along with the league's overall success this season, surprised a great number of coaches, announcers and fans given the league's losses of Temple University, Xavier University and Butler University.

The University of Richmond men's basketball team will face Virginia Commonwealth University Thursday night at the Robins Center, but Richmond's team looks a lot different than than it did when it fell to the Rams, 81-70, at VCU in February. When asked how Richmond's team had changed in the past month, Richmond head coach Chris Mooney said, laughing, "Well, I mean, we don't have Cedrick [Lindsay] and, we don't have Derrick [Williams]." Richmond learned in two consecutive days following the loss at VCU that it would lose senior starters Williams and Lindsay for the remainder of the season.

College basketball is back

The Spider Way: In Print

The following is an interview with Wendy Haynes Eastman B'76, an entrepreneur, fundraising professional, vice president of operations of Kevin Eastman Basketball Camps LLC and a member of the University of Richmond Alumni Association Board of Directors. What did you study at the University of Richmond and what were your post-graduation plans? I graduated from the Robins School of Business with a B.S. 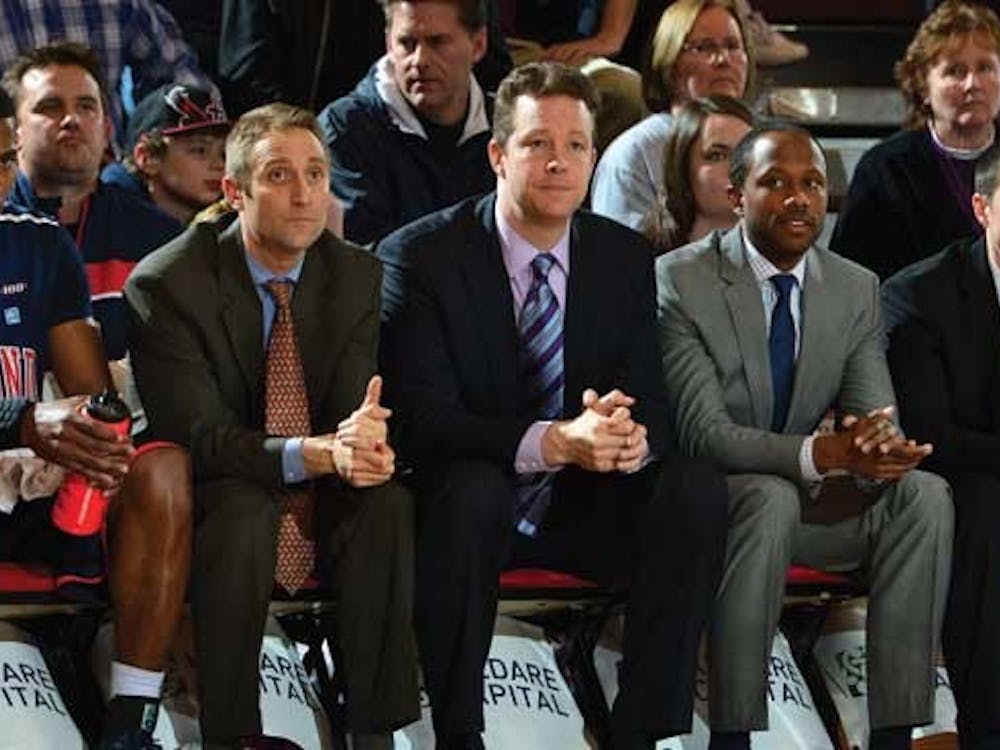 UR associate men's basketball coach to be head coach at Campbell

Senior Jonathan Benjamin can finally publicize his clothing line with his own name after more than a year of marketing and product development. Benjamin, a former University of Richmond varsity basketball player, developed his own clothing line, Official Visit Activewear, or OVAW, in Professor Adam Marquardt's principles of marketing class during the summer of 2011. What began as a simple class project grew into a thriving business after months of hard work, Marquardt said.

Some student-athletes believe that the $15 million designated to renovate the Robins Center should be dispersed throughout the athletic department rather than focusing specifically on improving the existing basketball and football facilities, said Matt Zink, center fielder for the Spiders baseball team. Zink understands that basketball is a revenue-generating sport, he said, but he would like to see more equal distribution of funds set aside for renovating athletic facilities. 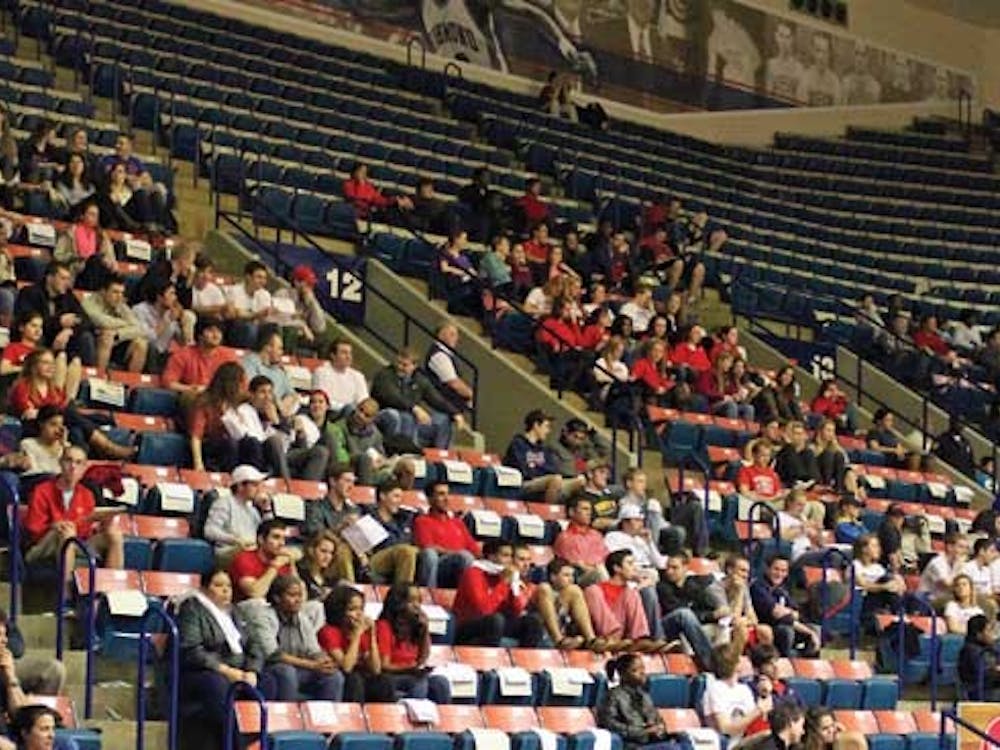 Robins Center renovations plan approved by board of trustees

Although the details are still in the works, the University of Richmond board of trustees recently approved plans for the remaining $13.6 million of a $15 million proposal to upgrade the Robins Center, university architect Andrew McBride said. Over the summer, $1.4 million was spent to improve existing facilities associated with the basketball and football programs, McBride said.

Former Richmond men's basketball players, Ryan Butler and Peter Thomas, are using their experience playing for coach Chris Mooney helps them relate to current players, Thomas said. Thomas played for Richmond from 2003 to 2007, and he was a junior when Butler came in as a freshman in 2005.

Richmond has two first-team all-conference selections for the third time in school history. Seniors Kevin Anderson and Justin Harper were named to the first team all-Atlantic 10 Conference team, while fellow senior Kevin Smith was named to the A-10 all-defensive team. The voting was conducted among the 14 head coaches in the conference. The awards add to what has become one of the most successful classes in Richmond men's basketball history. 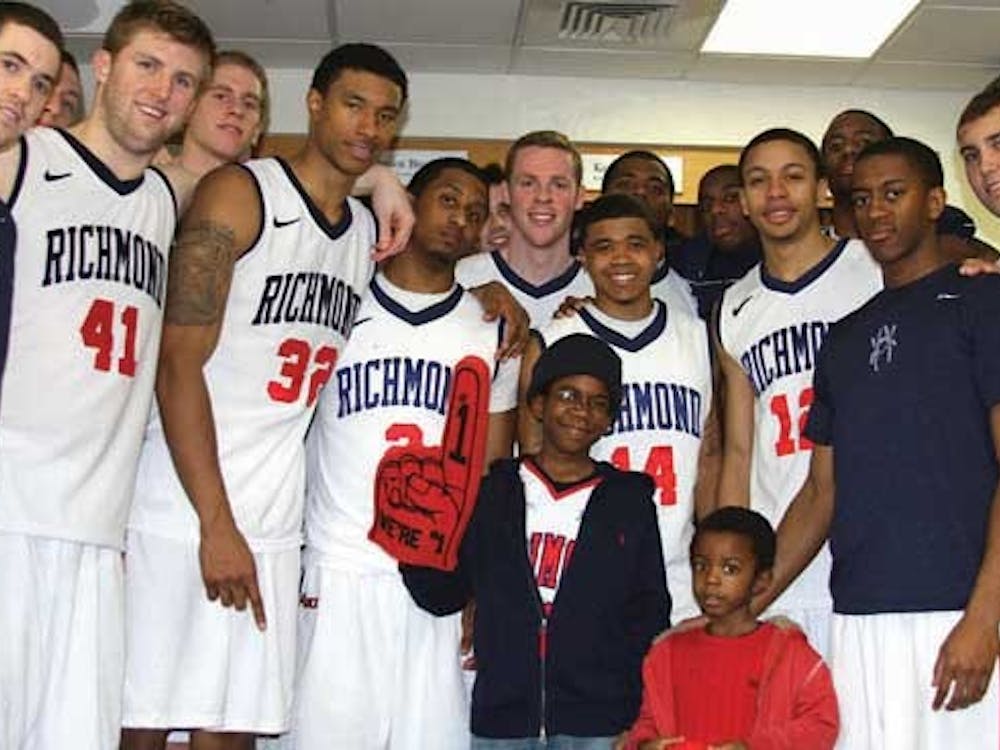 Last season the men's basketball team adopted Nathan Mwenda, 14, and the team's time with him has developed from a responsibility to a relationship, head coach Chris Mooney said. Mwenda and the men's team were matched through a non-profit charitable organization called Friends of Jaclyn Foundation, Mooney said. Senior Dan Geriot and Mark Kwolek, associate director of athletic public relations and director of new media, worked together to enter the team into the program two years ago, Mooney said. Geriot heard of the program through the women's lacrosse team and took the idea to Kwolek, he said. "I thought it would be a great idea, and I knew that the type of guys on the team would make whatever child that was paired with us feel part of the program," he said. Mooney said his intentions of teaming up with the Friends of Jaclyn Foundation were aimed at deeply influencing a child's life.