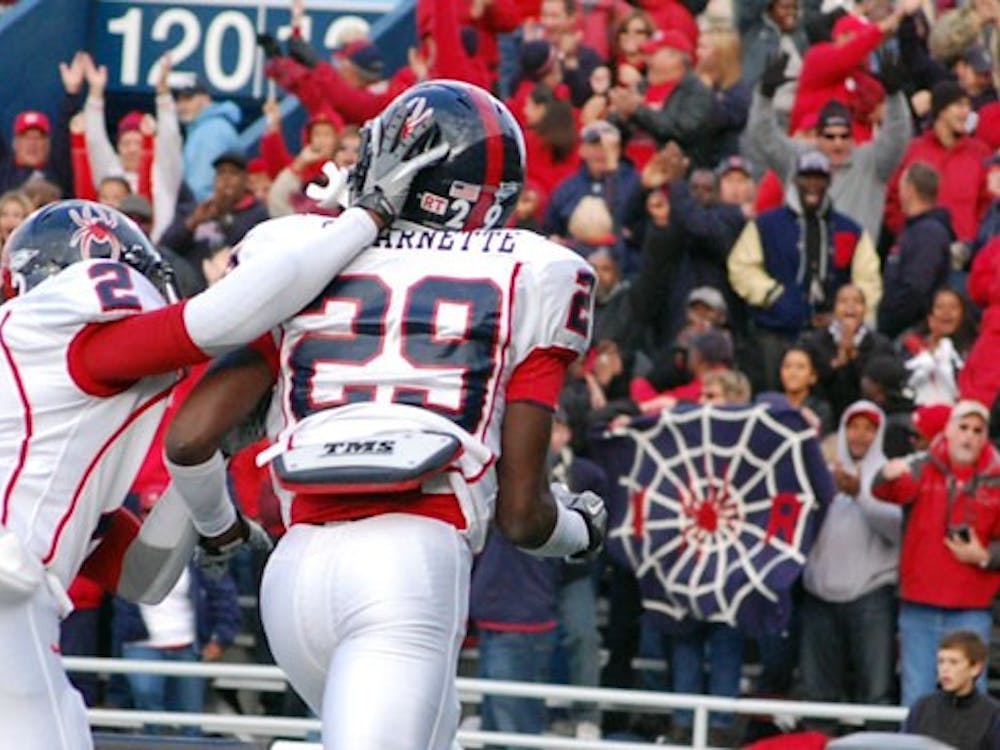 NORFOLK, Va. ? Richmond tied the game at 28 during the fourth quarter thanks to a one-handed touchdown catch by wide receiver Stephen Barnette, but then Old Dominion scored two straight touchdowns to win, 42-28. 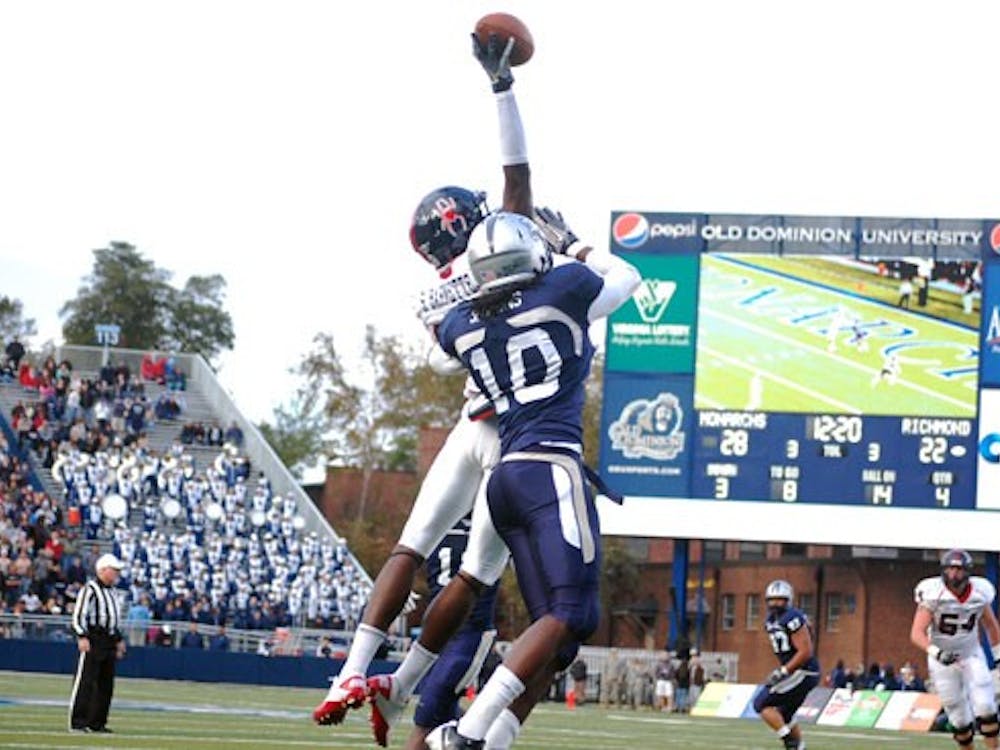 NORFOLK, Va. -- After coming back to tie the game at 28 early in the fourth quarter, University of Richmond was unable to score any more points, falling to Old Dominion University, 42-28, the Spiders' sixth straight defeat. Richmond trailed through most of the game, going down 8-0 two minutes into the game on a 14-yard pass from ODU quarterback Taylor Heinicke to receiver Larry Pinkard, but tied the game three minutes into the fourth quarter when redshirt freshman receiver Stephen Barnette caught a 14-yard touchdown pass from quarterback Aaron Corp. On the touchdown grab, Barnette went high into the air and pulled the ball down with one hand with a defender on top of him. 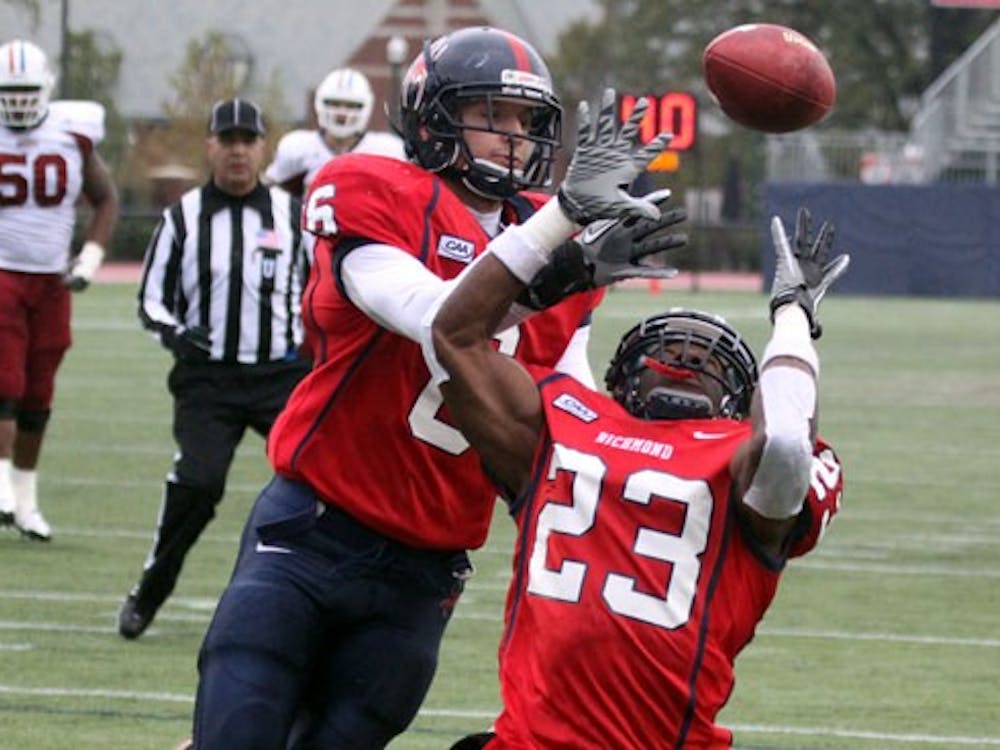 The University of Massachusetts scored 21 points during the first quarter en route to a 28-7 victory Saturday afternoon. 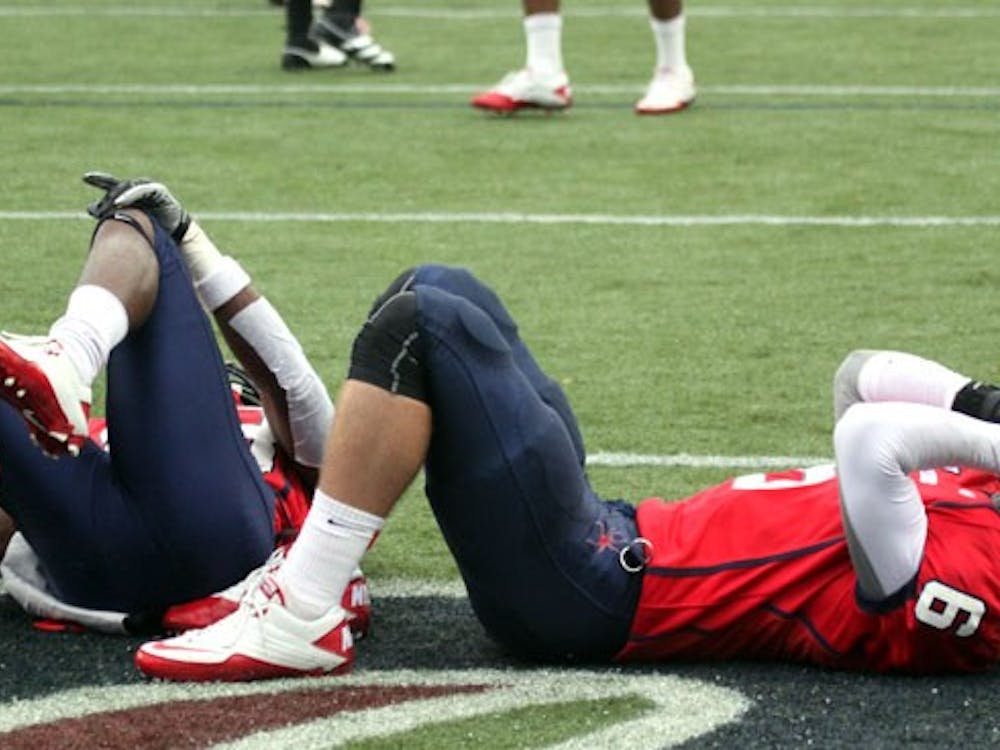 Spiders come out flat with playoff hopes at stake

There are many types of losses. There are losses like the ones suffered against Towson and New Hampshire, where Richmond lost in a shoot-out. 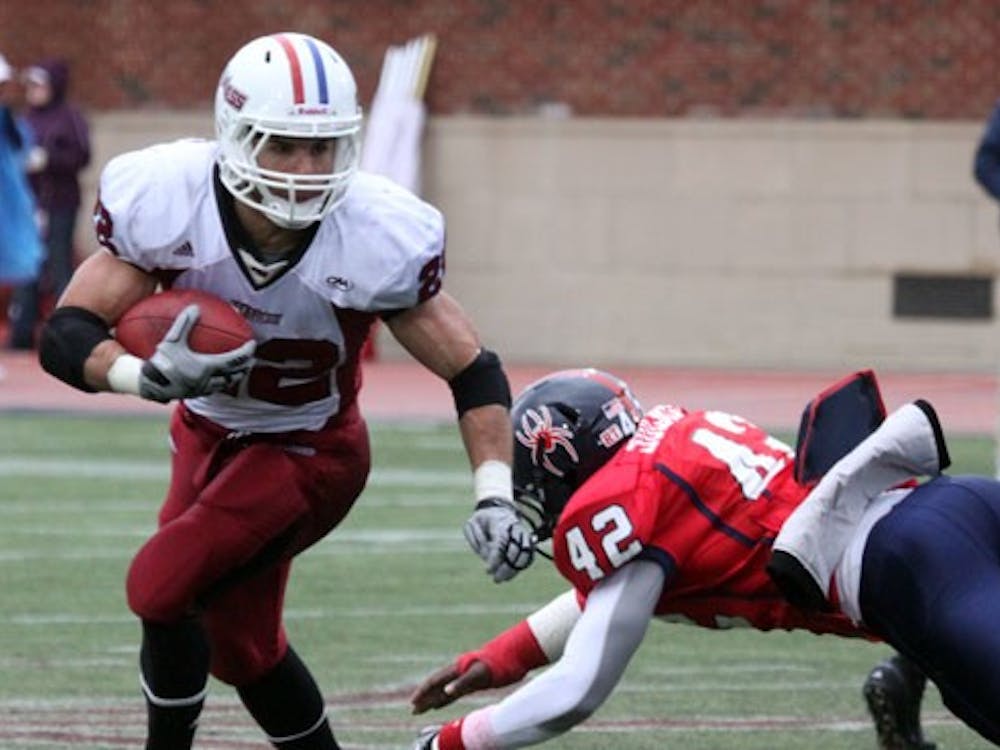 After only giving up only seven first-quarter points through its first seven games, University of Richmond allowed 21 to University of Massachusetts, resulting in the Spiders' fifth consecutive loss, 28-7. The loss is just Richmond's second by greater than three points (the other being to James Madison University, 31-7), but all five have come to opponents in the Colonial Athletic Association.

4th Quarter, 0:00- The game comes to a close on a three-yard loss by Turner. UMass hands the Spiders their fifth straight loss, 28-7. 4th Quarter, 0:20- Gray returns the UMass punt to near midfield as the game approaches its end. 4th Quarter, 2:49- Laub gets sacked twice in three plays, forcing a Spiders punt which is fair caught at the UMass 29. 4th Quarter, 3:58- Impressive one-handed catch by Finney on a lob pass from Laub. 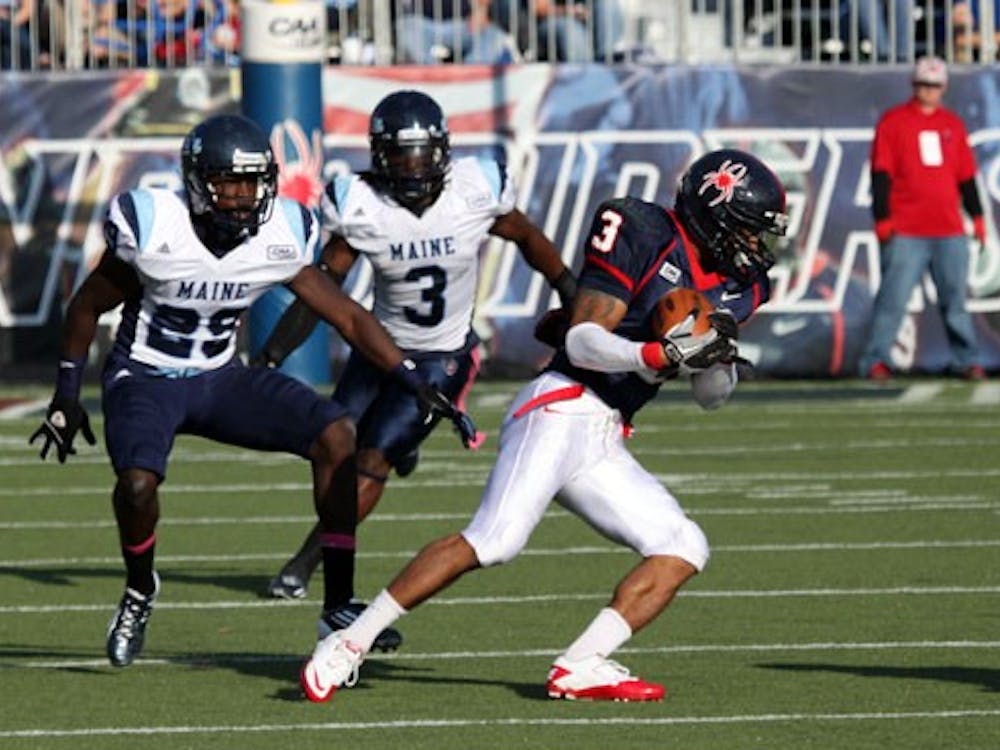 The Maine Black Bears came back from a 16-0 deficit to score 23 fourth-quarter points and win, 23-22, Saturday afternoon. 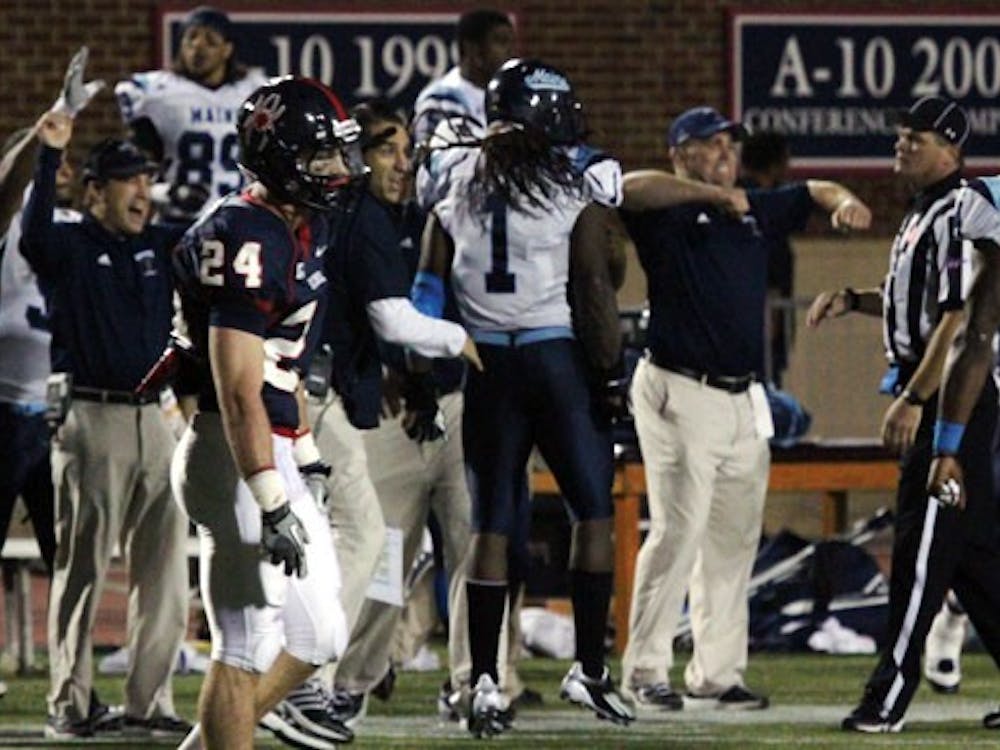 Spiders lose chance at playoffs with loss to Maine

The beginning to the denouement of Richmond's season started with a Spider touchdown. For a season that started with such promise, it was a fitting way to go down. After a touchdown run by Garrett Turner, which was set up by an interception by Cooper Taylor, kicker Wil Kamin's extra point was blocked - the second time that happened Saturday -- and returned for two points by Maine. 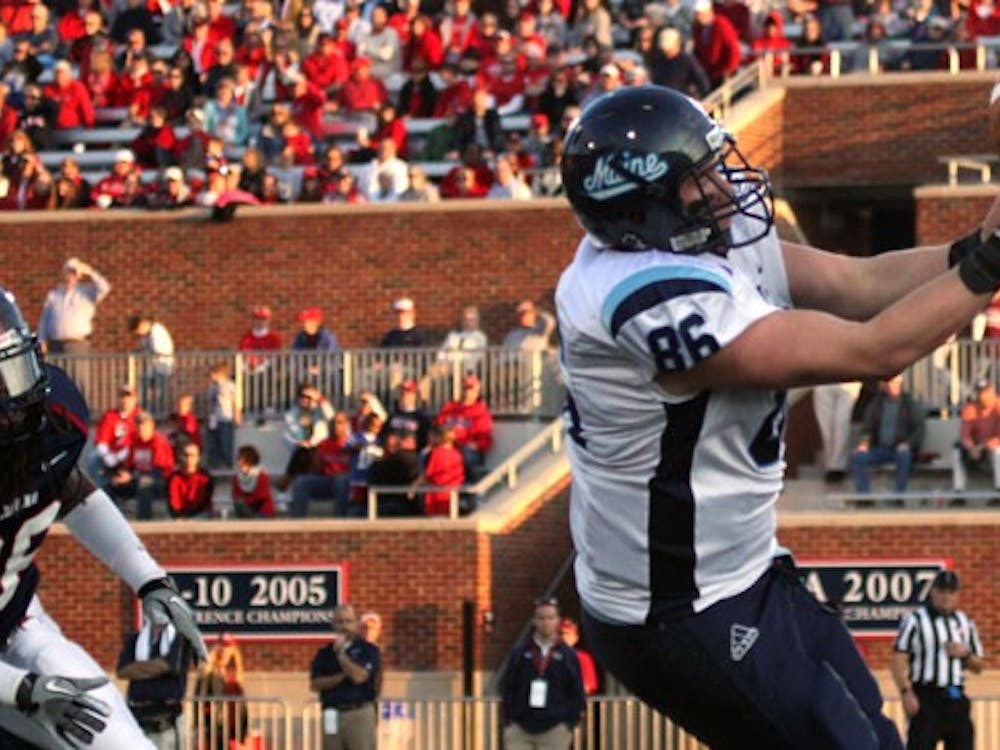 Richmond gives up 4th-quarter lead in loss to Maine, 23-22

Leading 16-0 after three quarters, the University of Richmond was outscored 23-6 during the final quarter, losing to University of Maine, 23-22, on its Homecoming Game.

Chris Hurlburt came to Richmond from Vienna, Va., to play football, but after suffering his seventh concussion during summer training camp in 2010, he was forced to quit. Hurlburt walked-on to the team as a fullback, a position based on running the ball and blocking for the quarterback and other running back. During training camp the summer of 2010, Hurlburt suffered his sixth concussion. 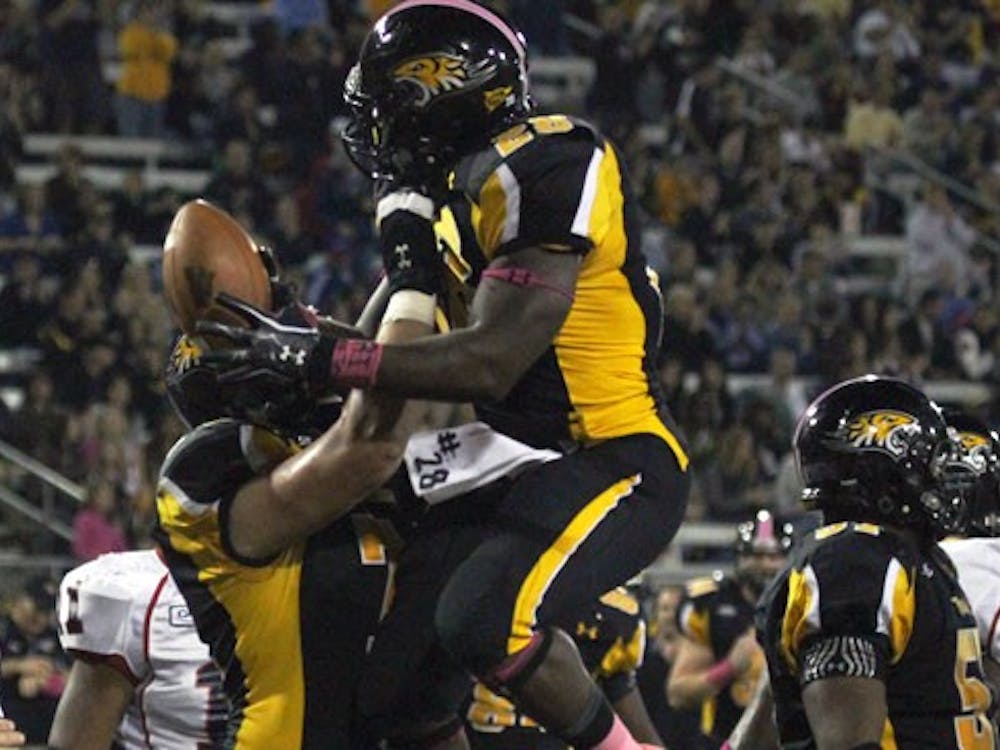 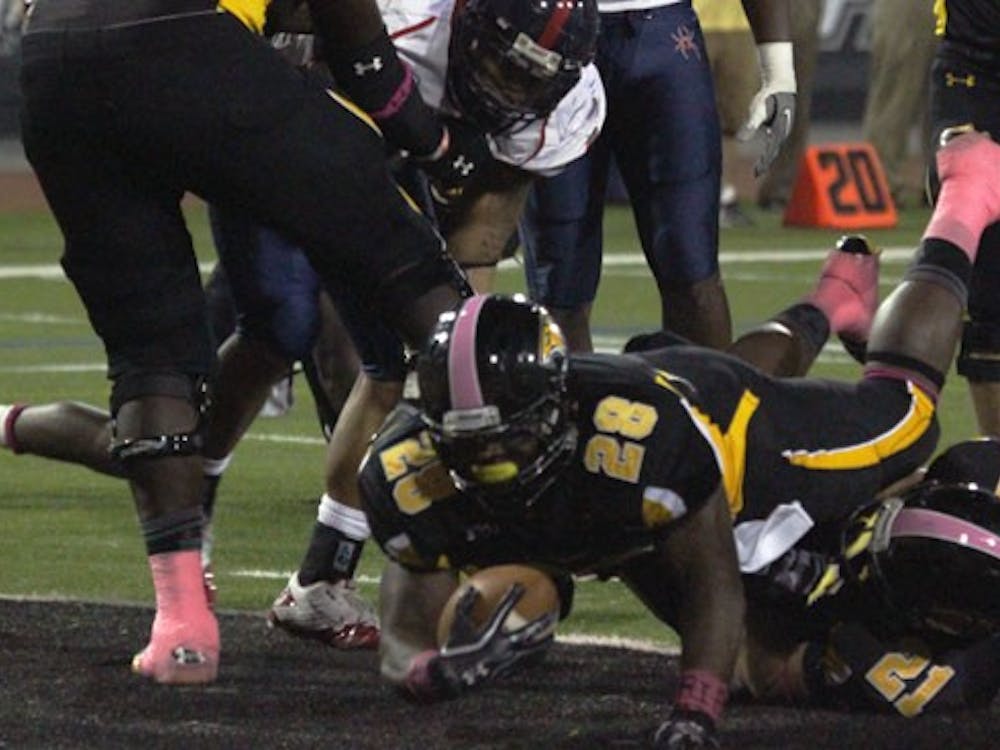 TOWSON, Md. ? Welcome to the world of coaching, Wayne Lineburg. If the past three weeks haven't made you crazy, you may be cut out for this job. Losing a shoot-out to New Hampshire? 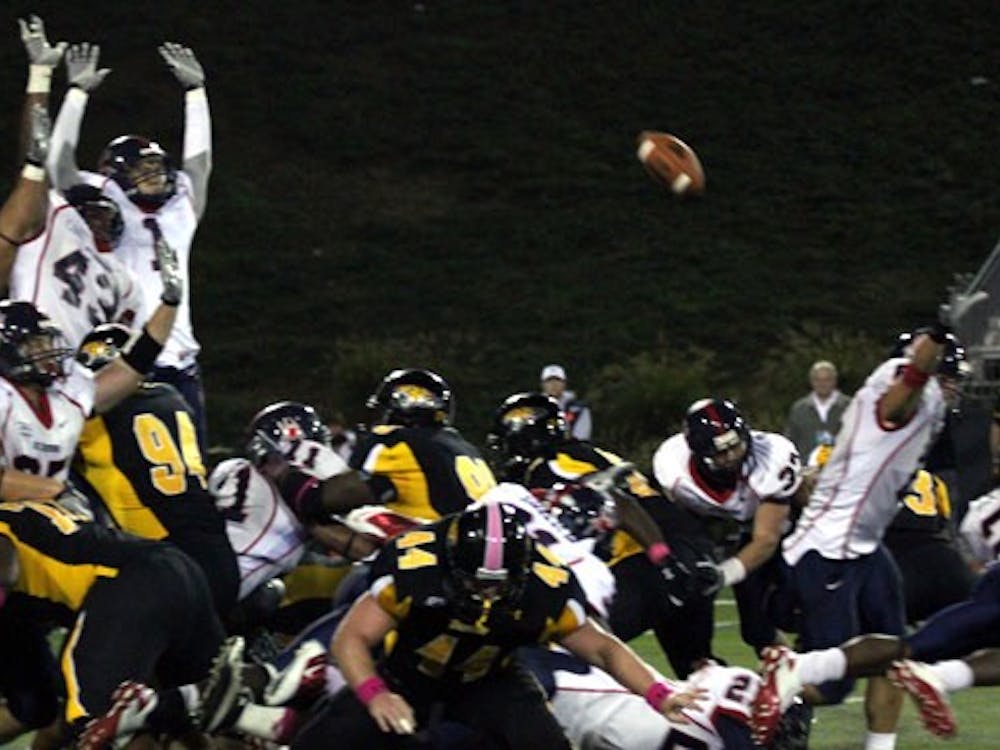 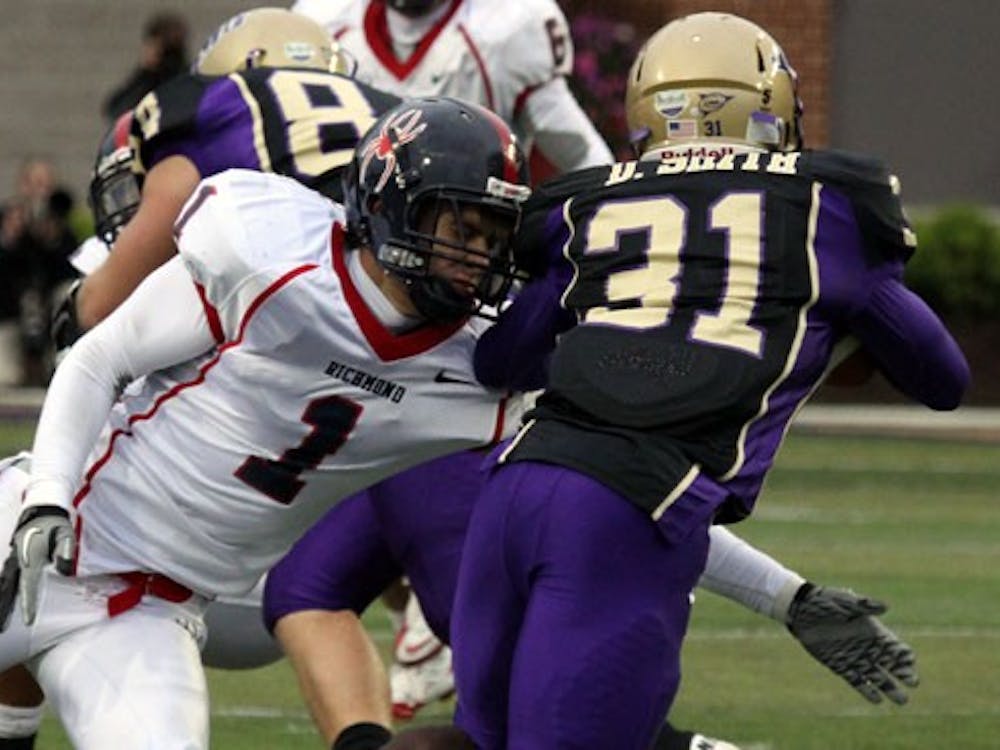 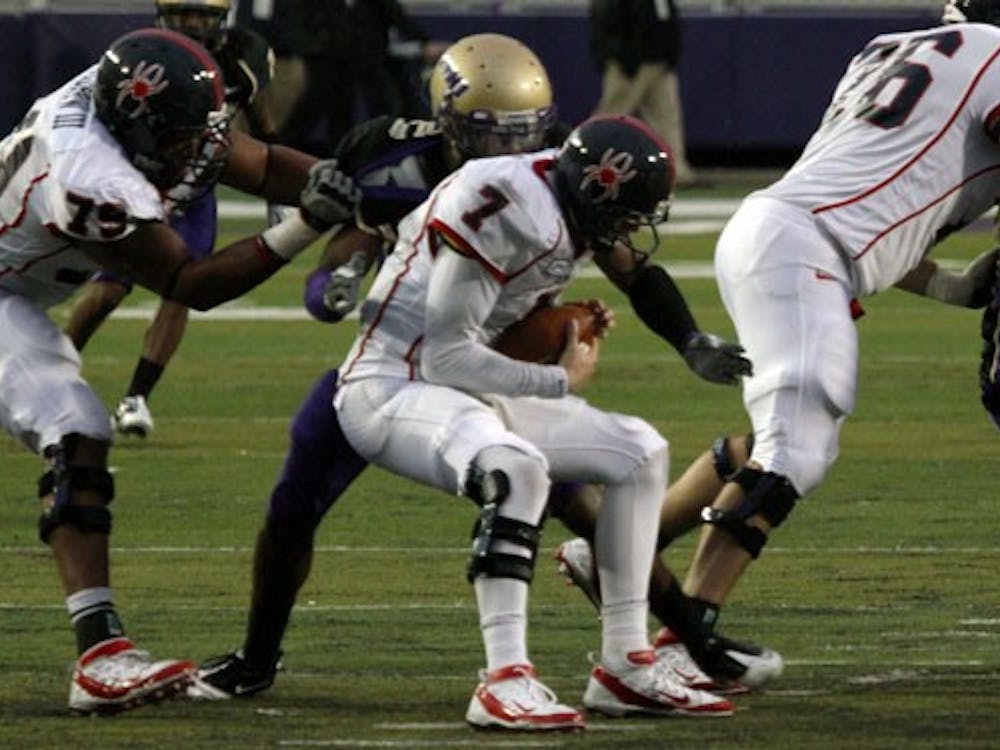 Richmond offense filled with holes after loss to JMU

HARRISONBURG, Va. ? As James Madison University coach Mickey Matthews entered his post-game press conference after his team's 31-7 victory over the University of Richmond, his visor on his head was so low that it nearly covered his eyes and made him look like a villain. 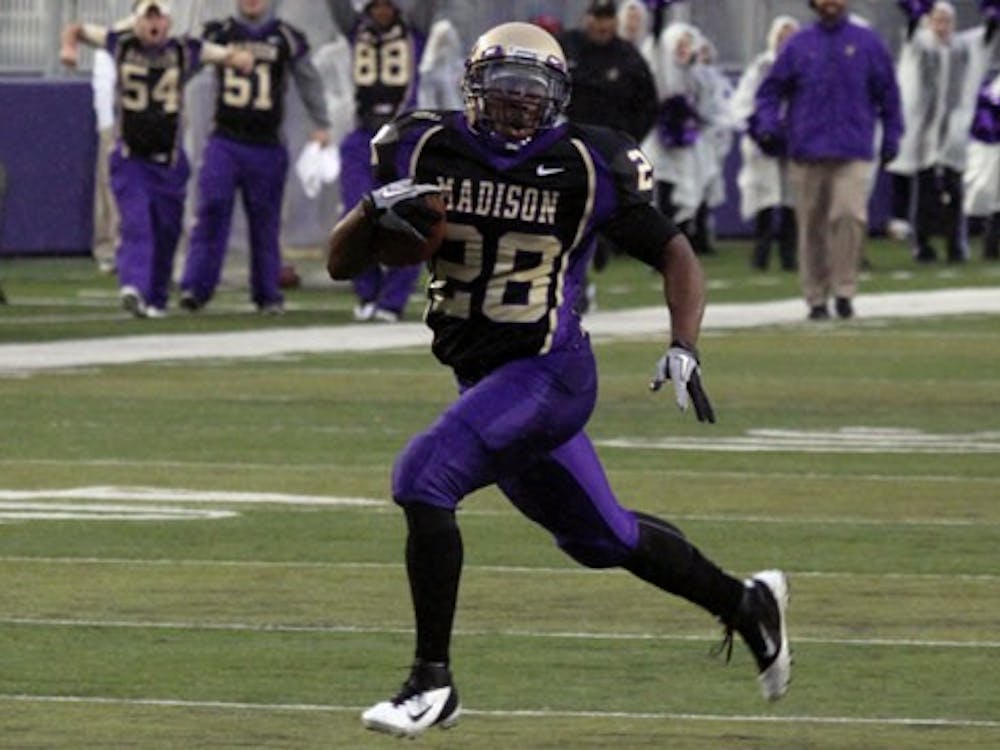 HARRISONBURG, Va.-- The Richmond offense generated a season-low 118 total net yards, and the University of Richmond lost its second-straight game to a conference opponent, 31-7, to James Madison University. The game, played Saturday afternoon at Bridgeforth Stadium, served as the Dukes' Homecoming game, and the home team likely pleased the sell-out crowd. Richmond quarterback Aaron Corp was sacked seven times, and the offense as a whole was only able to pick up eight first downs. "We didn't execute well enough especially on the offensive side of the ball to win the game," Richmond interim coach Wayne Lineburg said. On defense, after shutting out the Dukes through the first quarter, the Spiders allowed almost 300 yards rushing despite JMU's star tailback, Dae'Quan Scott, suffering shoulder injury early in the second quarter. "To cut off their running attack, we just needed to execute the schemes a little better," Richmond linebacker Darius McMillan said.