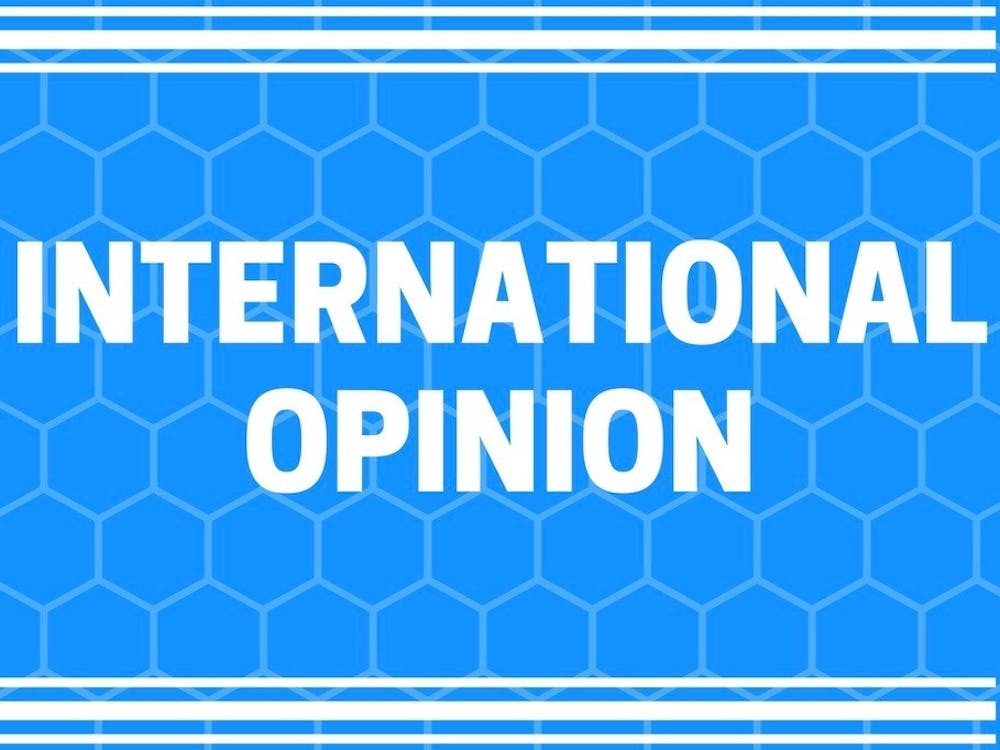 Spain already has a constitution and it is imperative that all regions of the country abide by that constitution and work within the frame of its regulations to solve any regional differences. 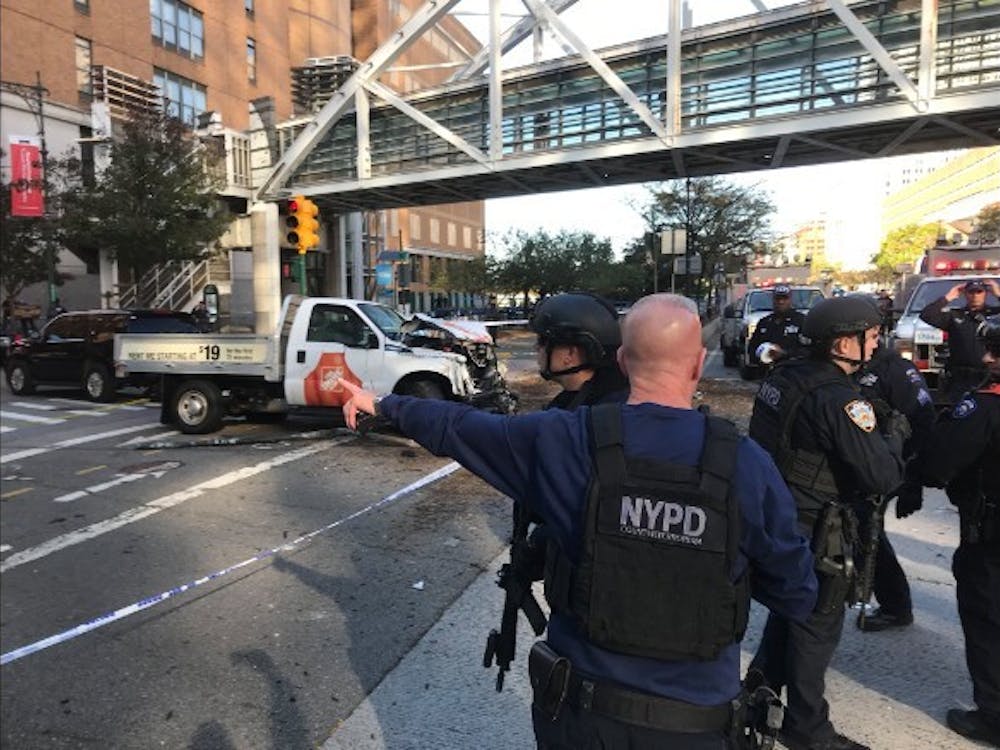 Five victims of the attack in Manhattan were from Argentina, a country less familiar with terrorist attacks, making the incident still frighteningly relevant weeks later.

One misconception I had about going abroad is that I would get a break from the constant political chaos in the U.S. Instead, engaging in a referendum has enriched my abroad experience. 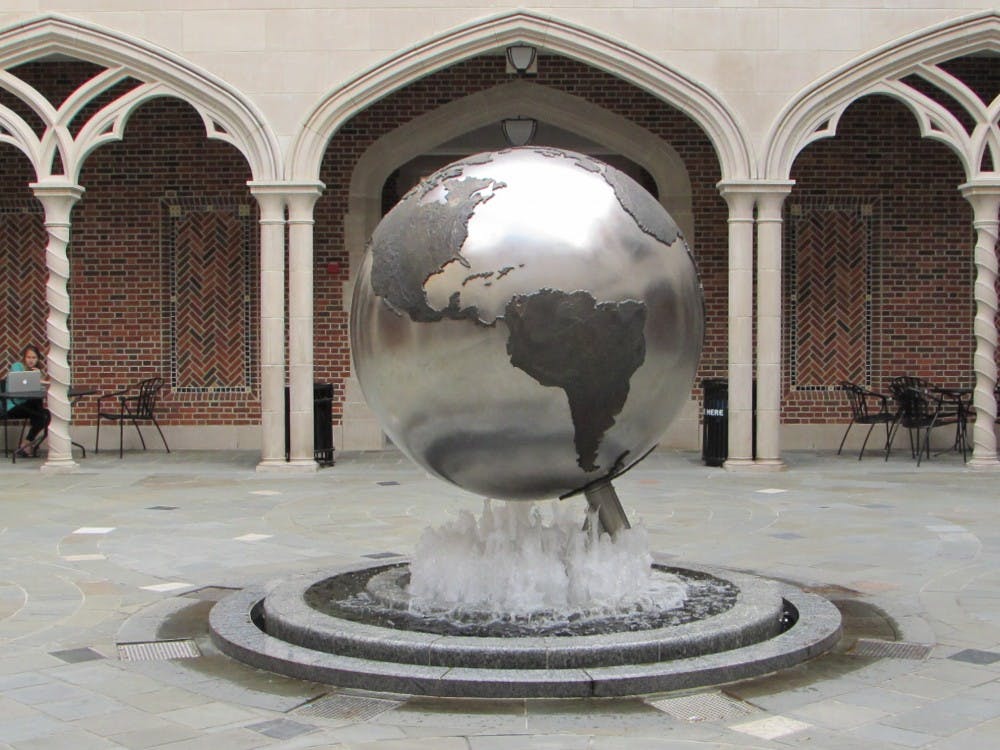 International students at UR consider American racism and politics

International students from around the world weigh in on racism in the U.S., offering unique perspectives on political and social issues in American society.

INTERNATIONAL OPINION: Danish hygge is closer to home than you might think

Hygge (pronounced HU-gah) is a Danish word with no English translation, but it transcends from Denmark to Richmond for a Spider studying abroad. 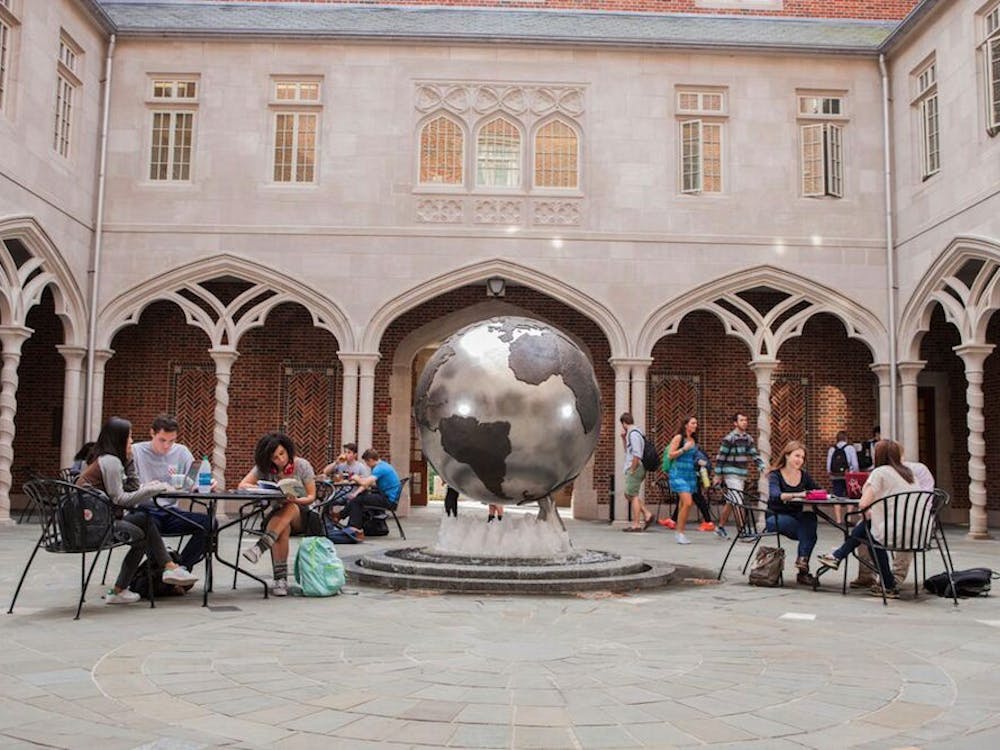 Students are introduced to new era for international studies at reception

The Welcome/Welcome Back Spiders Reception was held in the International Center on Tuesday afternoon where students were introduced to a new era for international studies. 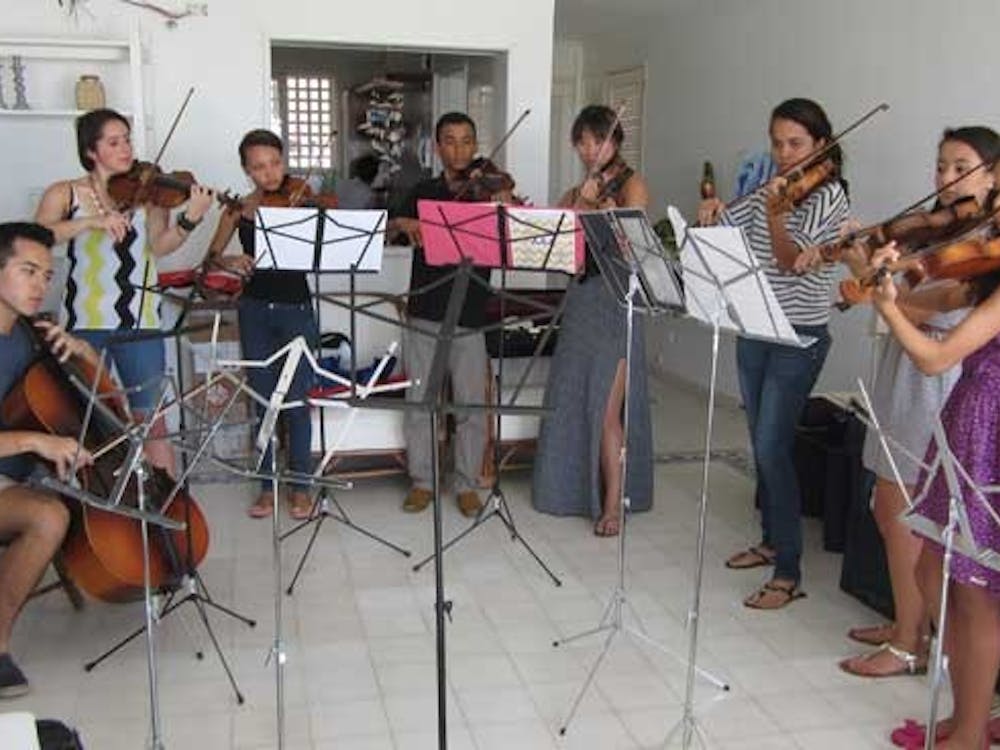 After a trip to Cartagena, Colombia, in October with eight other fellow orchestra members, Emily Marsch, a senior LAIS major and upright bassist, said she was confident she wanted to be a Spanish interpreter after college. "Since coming to college, I've known I wanted to do something with Spanish" she said. 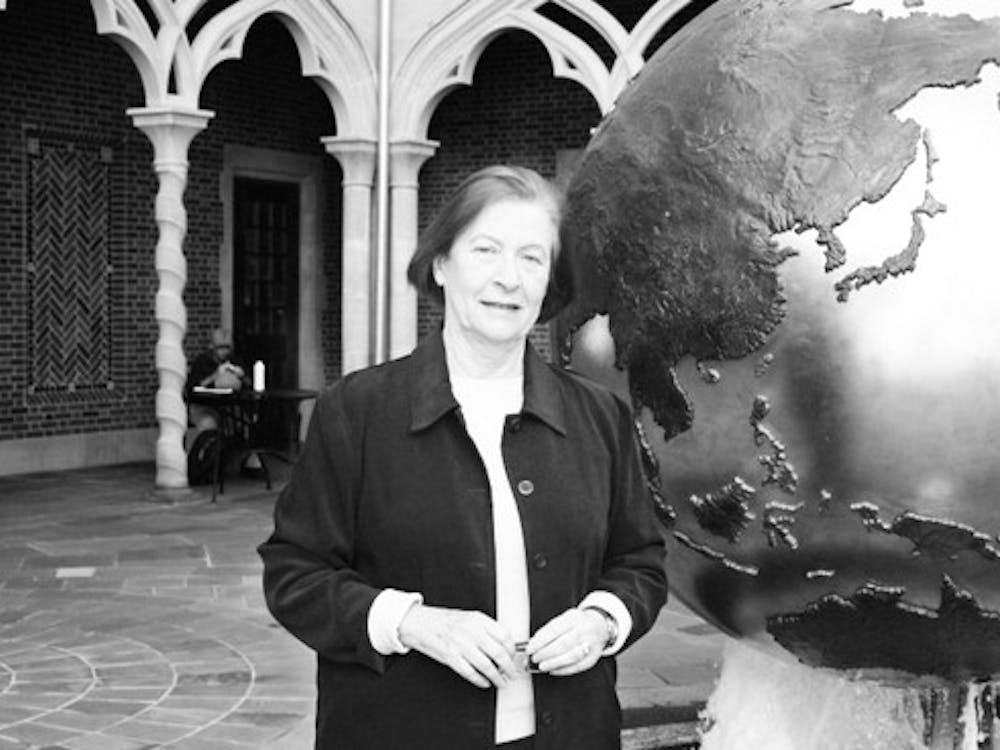 It was 120 degrees in a little town in central India. Sweat poured down their faces and splashed into their eyes.

On a four-day trip to the Dominican Republic last fall, Sam Abrahams stood in a one-room, tin-roofed shack with a single light bulb. 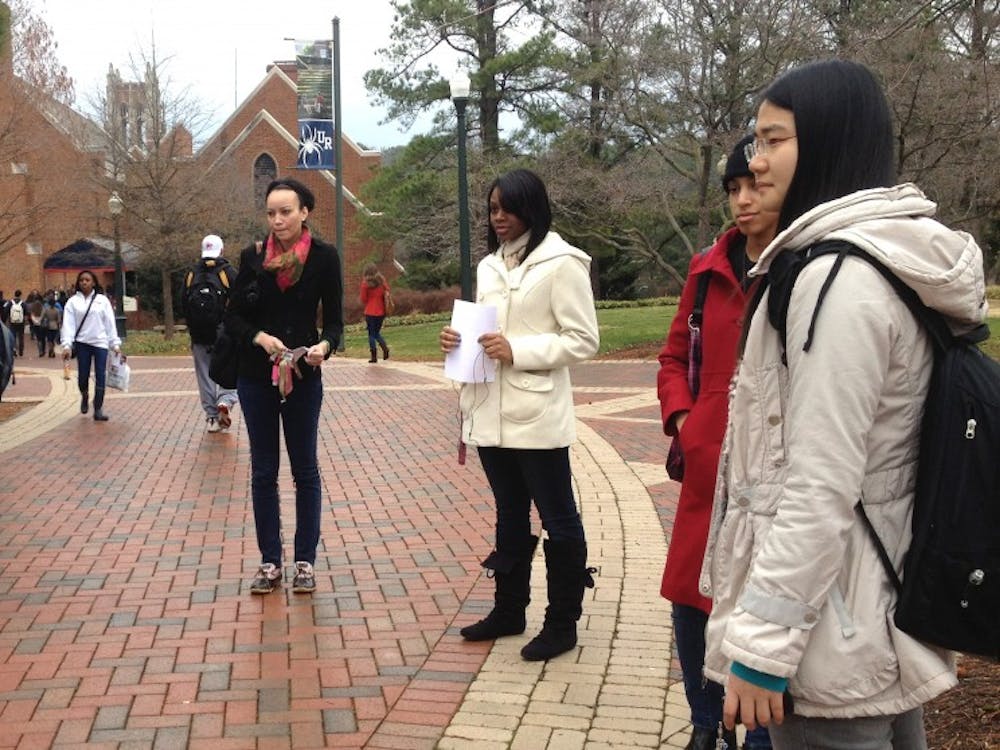 Students froze while walking, tying shoes and checking cell phones this afternoon in an effort to spread awareness about worldwide human trafficking. Students Stopping the Trafficking of People (SSTOP) sponsored the demonstration in honor of National Human Trafficking Awareness Day on Jan.

Time for free lunch? Not for Libya

The Libyan revolution came to an unexpected climax this past week when news broke that the deposed dictator, Muammar Gadhafi, had been slain at the hands of the rebel forces.

The Global Citizen: The Evolution of Ideas

This past weekend, I was at the 7th UR African Film Weekend hosted in the Ukrop Auditorium of the Robins School of Business.

Little Mosque on the Prairie

When I was younger, I read the "Little House on the Prairie" books religiously. The first story about Laura Ingalls Wilder -- a girl growing up in the Midwestern United States during the late 19th century -- was the first full-length book I finished after I learned how to read.

Burst the bubble without even leaving it

This article is dedicated to an underappreciated part of the Richmond student body: the international students. I've heard people complain about Richmond being too small, the days too repetitive, the people too similar and the overall atmosphere of the "bubble" too suffocating. I think people often forget, however, that new exchange students arrive each semester and some with each new freshman class who can't possibly fit into the typical Richmond student mold, each one of them bringing a little part of another country and another culture with them. Overall, international students from 70 countries represent about 6 percent of the student body. 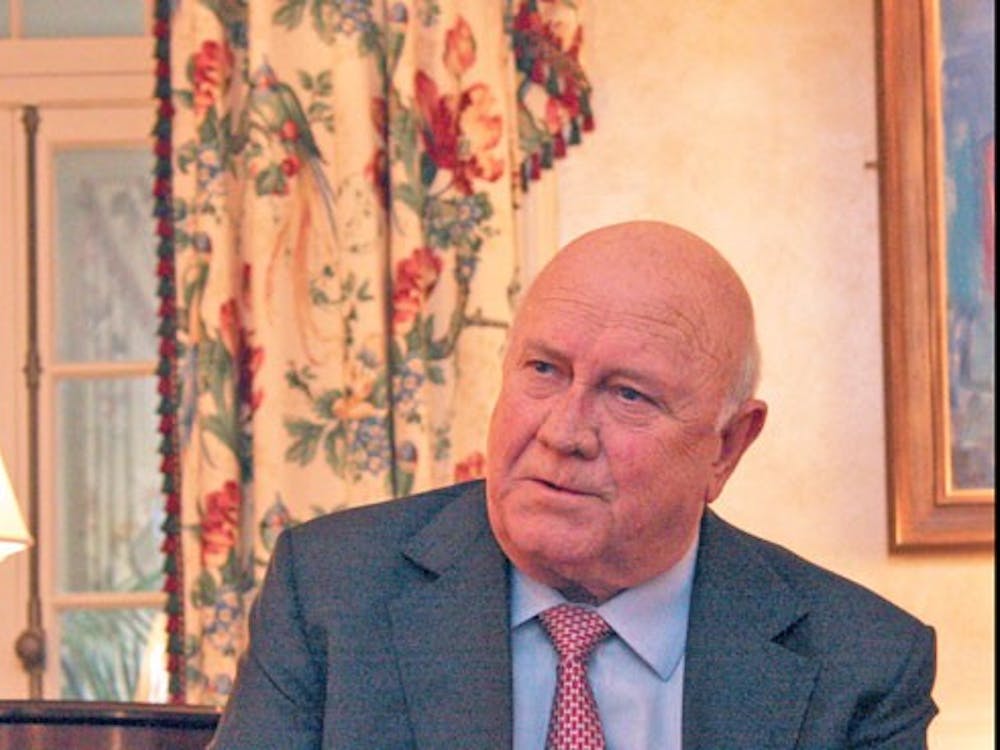 F.W. de Klerk, former President of South Africa, spoke at 7 p.m. Tuesday in a sold out Jepson Alumni Center. His speech, "The Challenge of the Century: Leading Change and Diverse Societies," discussed the important lessons of negotiation, management of change and leadership that led to the peaceful end of apartheid, according to the Jepson website. De Klerk currently leads The Global Leadership Foundation, an organization that is "near and dear to his heart," said Theo C.

Skin-on-skin writhing and Italian subtitles heated up the projection screen in the International Commons on Feb.

Common violence in a common room

Blood spurted and dripped down the projection screen in the University of Richmond's International Commons Feb.

Tune In to TV: TV that doesn't suck

NBC's "30 Rock" and "Community" returned last week to continue their 6th and 2nd seasons, respectively (my Thursdays just got a lot better). Both shows returned in prime form. If you don't already know, "30 Rock," starring Tina Fey (maybe the only funny woman on television), is among the best comedy shows around. Last week's episode, "Mrs. Donaghy," focused on marriage, portraying it as a cutthroat game of one-upmanship. A misunderstanding caused by Liz's bride-like attire and the ceremony being held in French, causes Jack, who was supposed to have married Avery (Elizabeth Banks, the closest you'll get to a second funny woman on television, and in the same show!) to marry Liz. Liz, with peer pressure from her TGS (originally called The Girlie Show) team, leverages the signing of divorce papers in order to get a better budget and regain perks lost from Kabletown's (*cough* Comcast) acquisition of NBC. Meanwhile in plot B, budget cuts force Jenna and Danny to share the same dressing room, turning them into a bickering married couple with Kenneth as their "child." Tracy Jordan is MIA for most of the episode because he is off hosting the international pornography awards.

With the advance in information technologies, international travel and business, our world is becoming an increasingly interdependent place. Each of the components of public health, economic growth and local environment influences the others, creating a global network.