A torturous Sunday on the couch

If you're anything like me, you tortured yourself for five hours on Sunday afternoon. All right, so torture may be a strong word, but Sunday's Richmond basketball game and USA hockey game could have been taped, labeled and filed away in the heartbreak category. 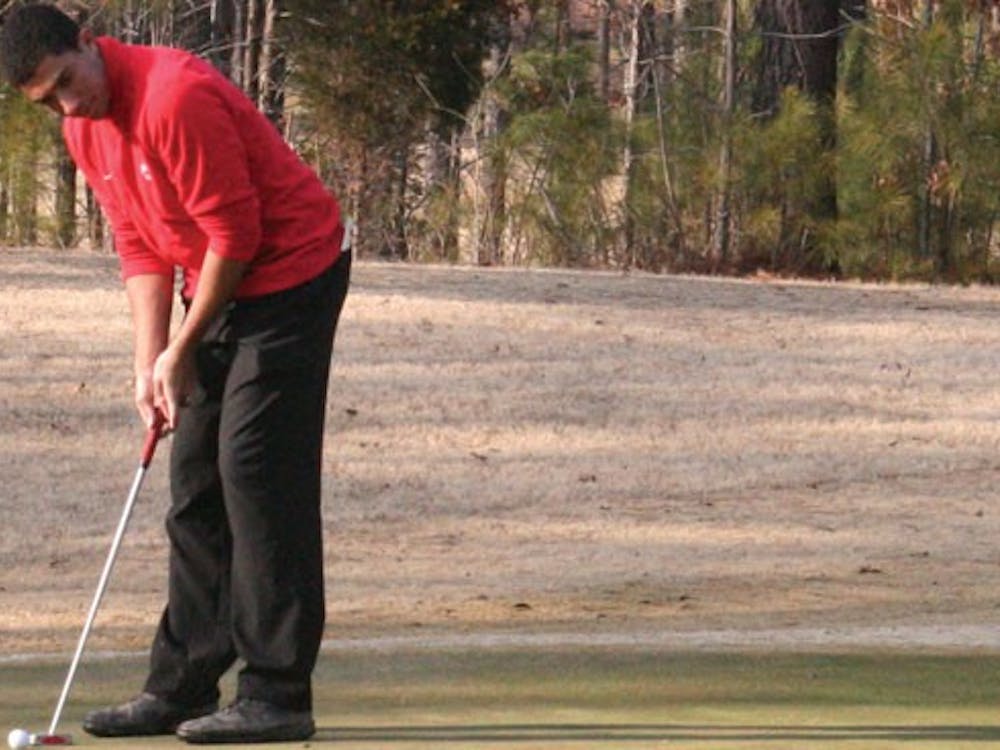 Voice of reason: a guide to campus etiquette V

Walking to class at 7:30 a.m. can be a pretty solitary experience. It's often cold (especially this winter), and usually the only other humans we see are a few class-goers.

Richmond falls to Xavier in double-overtime

The Atlantic 10 first-place showdown between the University of Richmond and Xavier University lived up to all of its hype and expectations on Sunday, as the Spiders narrowly lost to the Muskateers in double-overtime. Junior forward Justin Harper missed a potential game-tying reverse layup as time expired and Richmond lost a nail-biter, 78-76, at the Cintas Center in Cincinnati, Ohio. Richmond junior Dan Geriot went to the line to shoot two free throws with 13.9 seconds to play during double overtime, but made only one of two, keeping the Xavier lead at 77-76.

&mbull; Outspoken athletes Manny Ramirez and Randy Moss both said they thought next season would be their last with the Los Angeles Dodgers and the New England Patriots.

Tiger and the ugly side of sports news

In a few short days, Tiger Woods went from representing all that's good about sports, to all that's wrong with them. Tiger delivered his 13-minute manifesto last week with the tone of a GPS voiceover and the emotion of something even less human.

Was there a really important game in American football recently? Huh, I just can't seem to remember whether there was or not ... oh, wait ... I remember now: The New Orleans Saints defeated the Indianapolis Colts for their first Super Bowl win in franchise history. Wow. 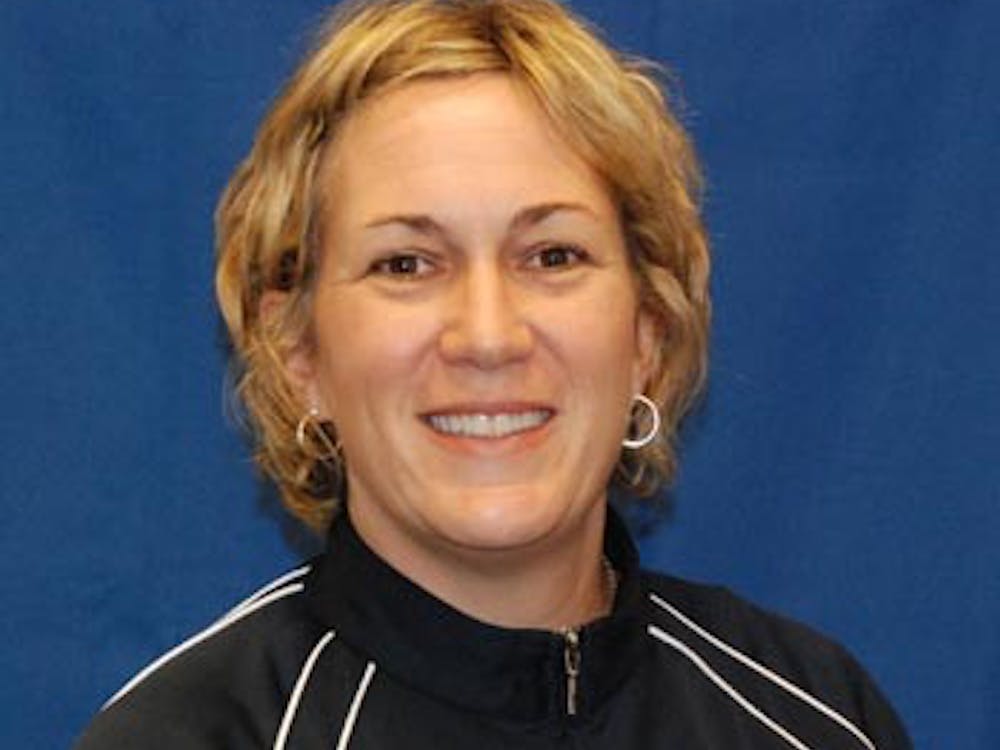 When University of Richmond senior shooting guard David Gonzalvez walked out of the locker room after the Spiders' victory against Fordham University last week, several of Richmond's youngest fans were waiting, pen in hand, to ask him for his autograph. That hasn't always been the case. "I don't know if anyone wanted autographs [my] freshman year," Gonzalvez said while glancing around the Robins Center. 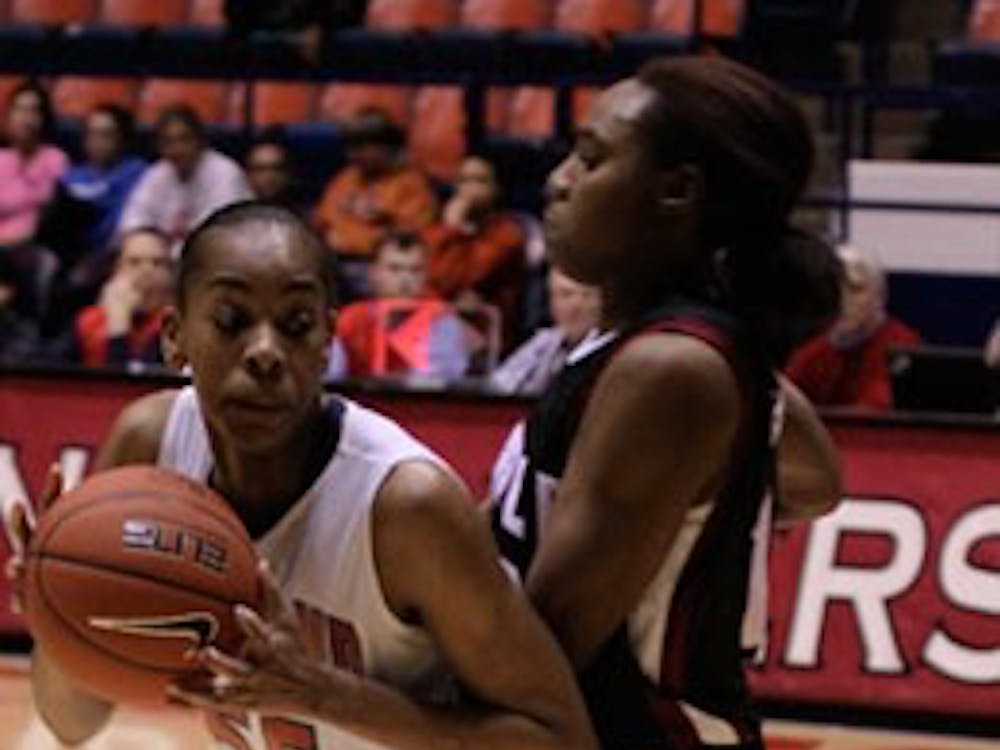 Richmond loses to Temple in final home game of season

Three days after losing during the final seconds, the University of Richmond women's basketball team lost another tight ball game to Temple University, 77-67, on Wednesday night at the Robins Center. After Richmond pulled to within one point during the final minutes, Temple went on a 10-0 run to seal the game. The Spiders shot 31 percent from the field. 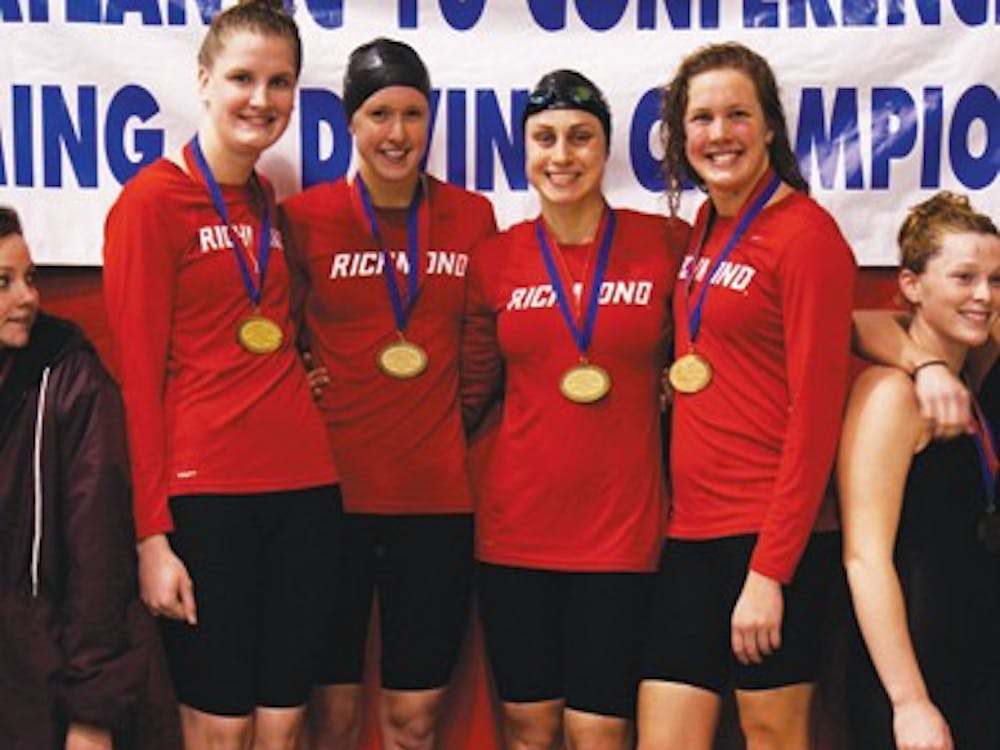 The University of Richmond women's swim team came back from 10th place after day one to finish second at the Atlantic 10 Swimming & Diving Championships in Buffalo, N.Y., last week. After Wednesday's events, the team found itself in last place, but the scores from the next day were high enough to boost the team into second place. "At no point did we ever give up," coach Matt Barany said. The preseaon poll predicted that Richmond would place second to Fordham University, and senior Katie Sieben said that the ranking motivated the team to work even harder. The relay races were also more competitive than ever this year.

The University of Richmond men's basketball team moved up two spots to the No. 23 ranking in this week's Associated Press Poll and entered the ESPN/USA Today Poll at No. 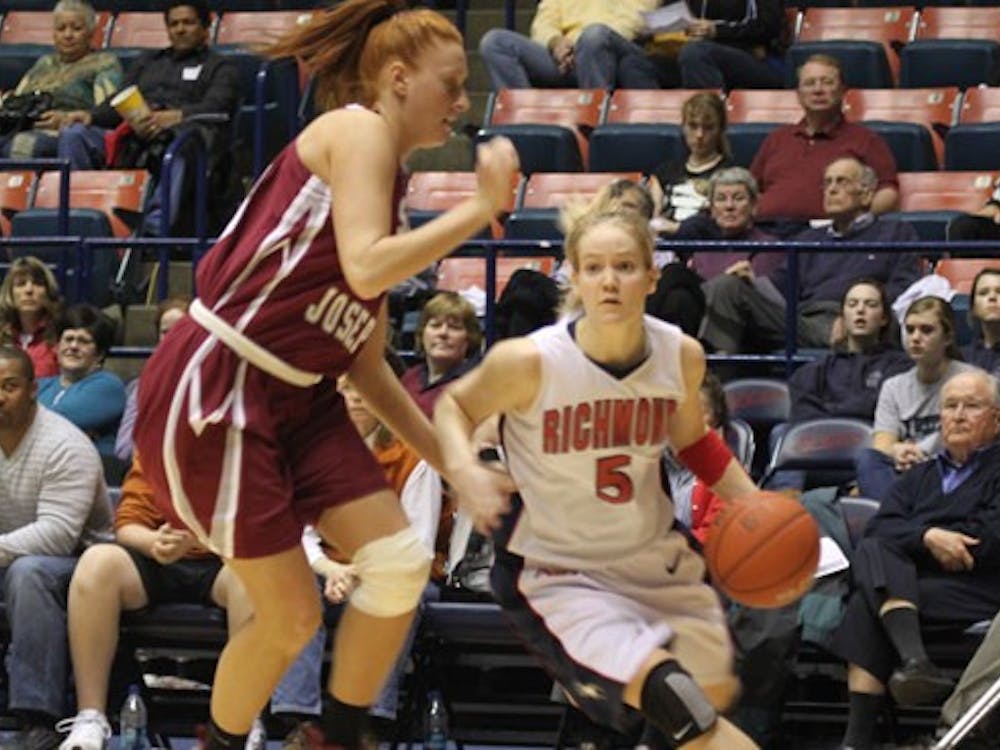 Senior Brittany Ford hit a game-winning jump shot with .9 seconds left to give Saint Joseph's University a 67-66 win against the University of Richmond women's basketball team on Sunday afternoon at the Robins Center. Junior guard Kara Powell made a layup with 1:42 left to give Richmond a 66-63 lead, but the Hawks responded on the following possession with a jumper to cut the lead to 66-65 with 1:12 remaining. After a missed Hawk shot, senior guard Danielle Bell grabbed the rebound and was immediately fouled by a Saint Joseph's player. 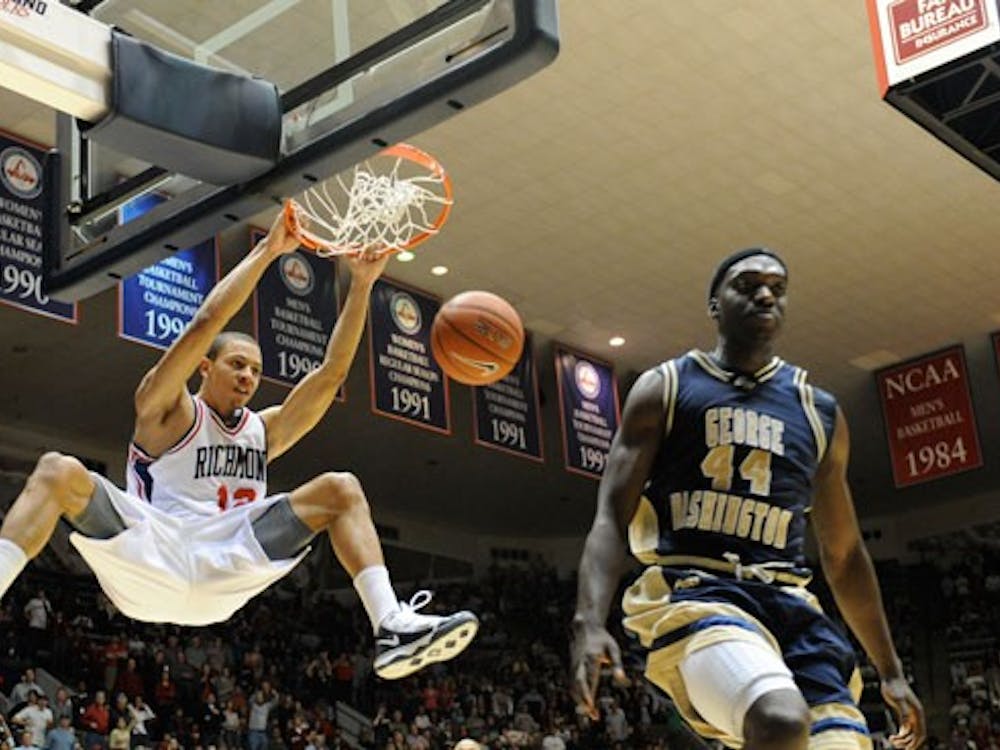 Six days and one easy win since entering the Associated Press Top 25, Richmond found itself in a tight game against George Washington University.

The University of Richmond women's basketball team dropped a road conference game at St. Bonaventure on Wednesday, and its record fell to 5-5 in the Atlantic 10 and 16-9 overall. The Bonnies started strong with an 8-0 run, but Richmond responded and quickly cut the deficit to only 2.

College basketball's dark side on display at Binghamton

February for college basketball usually involves chatter about March Madness and which of the most competitive programs received the highest poll ranking.

Don't look now, but the University of Richmond men's basketball team is marching toward March Madness. The Spiders have won seven games in a row, including four road wins and a key signature victory against Temple University at the Robins Center.

&mbull; Orlando Magic superstar Dwight Howard said he had no beef with Cleveland Cavs steamroller Shaquille O'Neal after Shaq said Howard had not earned the nickname "Superman." ... I would like to ask Shaq to suggest a nickname of his own for Howard, because Orlando's 6-foot-11, 265- pound enforcer clearly doesn't qualify as a normal man. &mbull; Oakland Raiders place kicker Sebastian Janikowski signed a four-year, $16 million deal with the pirates this week, making him the highest-paid kicker in NFL history. 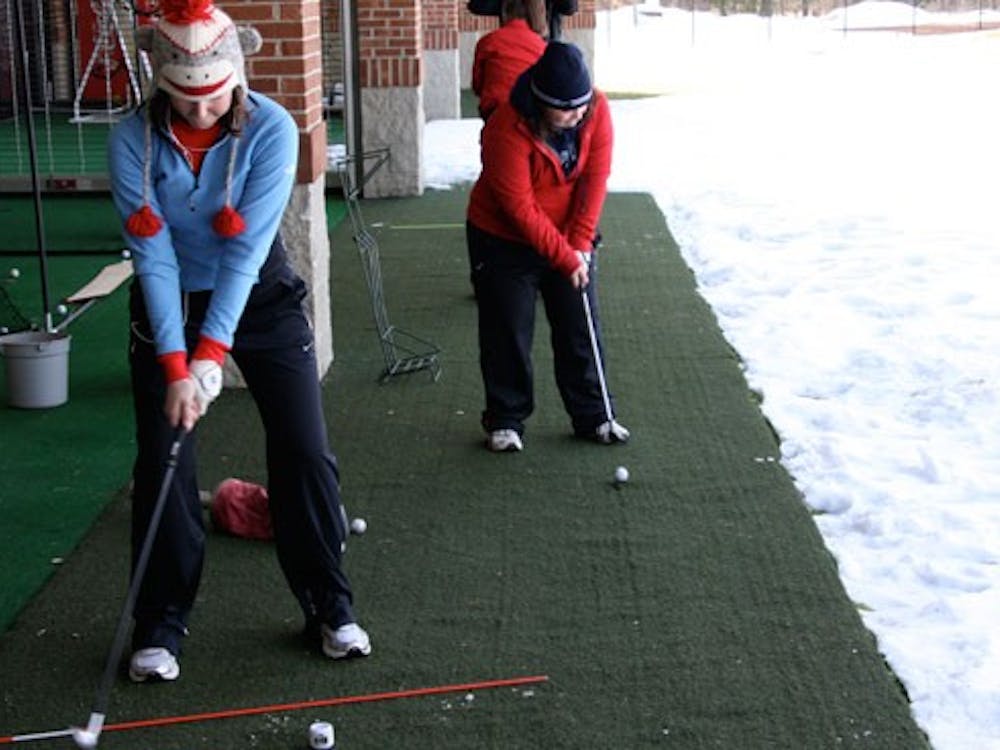 The harsh cold and snow haven't stopped the women's golf team from preparing for its spring season. Members of the team have been preparing by putting in their rooms, working out four times a week and practicing their swings in an indoor facility at the Robins Center, which coach Jill Briles-Hinton set up with cameras, said senior Annie Sprick and freshman Grace Kingdom. "It's been hard with the snow," Sprick said, "but we've been doing what we can and we're all a lot stronger and physically ready to go." The team started the 2009-2010 school year with its new coach, Briles-Hinton, who was formerly the head coach at the University of Florida for 11 years. 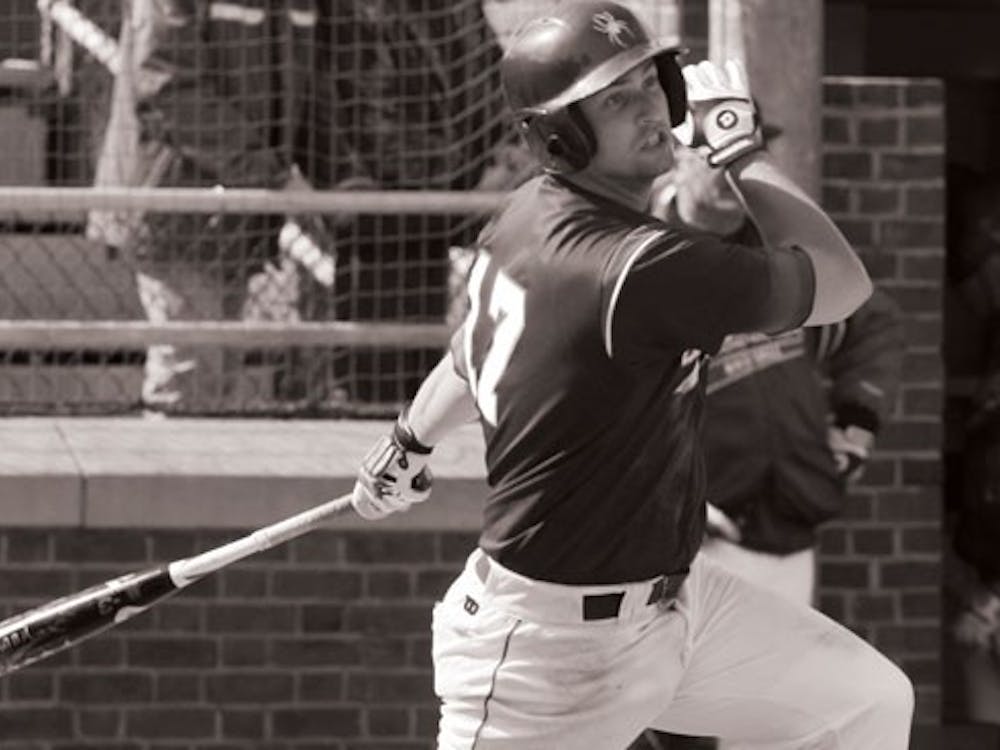 Seven returning starters will lead the University of Richmond baseball team when it begins its season tomorrow in Jacksonville, Fla. The Spiders practiced indoors during much of the preseason because of the snow, but senior pitcher Matt Zielinski said that shouldn't stop them from playing well at the start of the season. "We don't plan on using the weather as an excuse," Zielinski said. 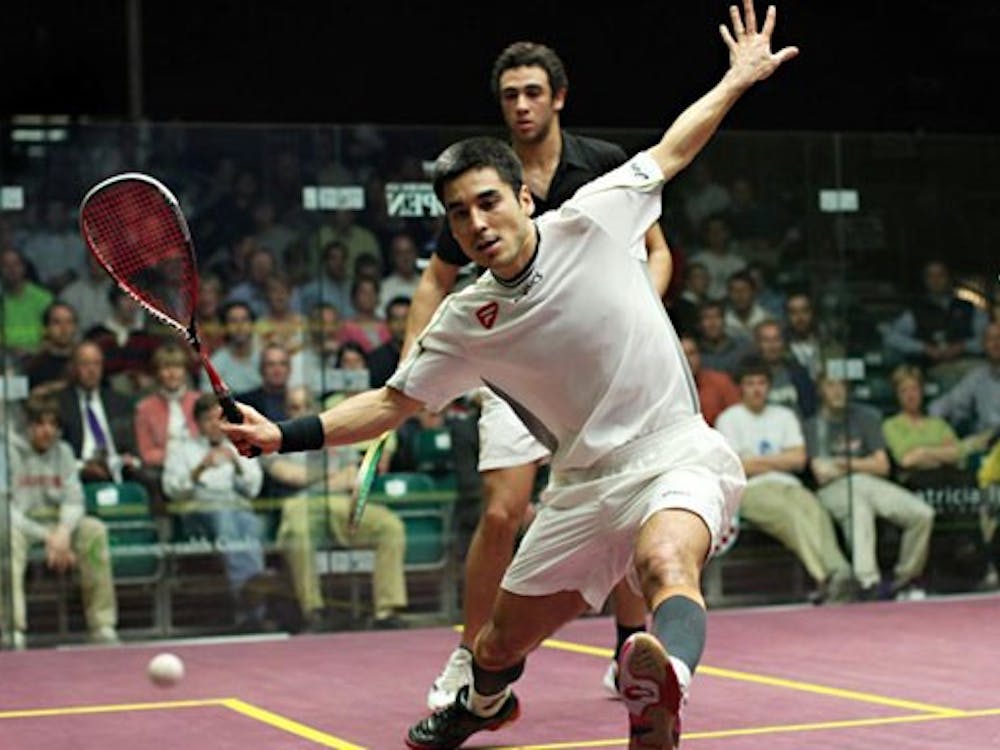 Thirty-two players from across the globe will compete at the 2010 North American Open Professional Squash Championship on Feb.