Sophomore Robi DeBell sits attentively in the third day of his introductory Arabic class, carefully swirling and dotting his pencil on notebook paper, copying the symbol his professor, Martin Sulzer-Reichel, has scribbled on the board. The class is learning its second Arabic word.

DeBell and 19 other University of Richmond students have enrolled in Arabic 101, a four-credit course that meets five days a week and teaches students classic Arabic language and culture. The course is now in its second year.

Each student has different motivations for taking the course. Some see it as a way to boost their employment chances with the Federal government, others are taking it to complement their majors, such as international studies, and still more are simply curious about a culture which, until almost six years ago, was largely alien to the vast majority of the American public.

DeBell, a member of the university's Army ROTC program, said he has enrolled to get prepared for a career in the army after college.

"I want to do Army intelligence," said DeBell, 20, who hopes to study abroad in Jordan. "Who knows after the army? But even if I go into business after the army, this would be a skill that would be great to have."

A year after the University of Richmond established the introductory course, the Arabic program expanded this semester with the addition of an intermediate-level course, and it could grow further if the university approves a summer study abroad program in Jordan for this year.

"We're going to kind of see how permanent the interest [in Arabic] is," Sulzer-Reichel said. "We're going to have to hire new faculty if we expand the program."

The interest certainly appears to be there. The Department of Modern Languages and Cultures had to open a second section of introductory Arabic last year because there was so much interest. Sulzer-Reichel is limited now because he can't teach anymore courses. But he said he is working to develop an intensive May term Arabic course to accommodate students who could not take the language this year.

"I've been surprised by the seriousness of the students," Sulzer-Reichel said. "Students have to study a lot. I did not expect as many students as we had. If more people had known about it, they would have taken it.

"I'm excited about the program and but know that certain aspects of it needed improvement."

The department of modern languages and cultures will review the course's progress at the end of next year and make further recommendations, Sulzer-Reichel said. To make teaching Arabic easier, he is trying to establish connections with schools in Jordan, a country traditionally friendly to Americans, Sulzer-Reichel said.

Meanwhile, Richmond's addition of an Arabic program reflects a broader national movement to create courses to meet the growing demand for people with Arabic language skills in a post-Sept. 11 world.

In January 2006, President George W. Bush launched the National Security Language Initiative, allocating $114 million for programs designed to increase the number of Americans who can speak critically needed foreign languages such as Arabic, Chinese, Russian, Hindi and Farsi. The Modern Languages Association of America recently released a report saying the number of Arabic language students has jumped from 5,000 before Sept. 11 to 12,000 currently.

But the biggest problem facing institutions eager to create Arabic programs of their own is the lack of qualified people to teach the language, said Kathrin Bower, chairwoman of the department of modern languages and cultures and associate professor of German. The problem is further exacerbated for Richmond because its program is so small.

"It's hard to find more experienced instructors who would be in the area for something that's not yet a full-time program," Bower said. "You'd be really hard-pressed to find someone locally who could do this on a part-time basis, because part-time compensation is not adequate to get someone to move here."

Arabic, she said, is similar to Chinese, Japanese and Russian because students must learn a new alphabet before learning to write and speak extensively. Different dialects make the language even more difficult to learn < a Moroccan could not understand what a Jordanian says.

Students enrolled Richmond's class learn classic Arabic, which is much like Shakespearean English, said junior Mark Mendez, a religion major who decided to take Arabic last year out of curiosity.

"Imagine old English," said Mendez, who completed Arabic 101 and 102 last year and is now enrolled in the intermediate level course. "If I were speaking that to you right now, you'd be like, 'I understand, but why are you talking like that?'"

That, he said, is the reason for teaching the Egyptian dialect. A Fulbright scholar teaching assistant from Egypt visits the Arabic classes to teach them a dialect, which better serves students who visit an Arabic-speaking country and need to be able to complete common tasks like ordering a loaf of bread. Part of Bush's national security plan included making it easier to bring Fulbright assistants in critical languages to the United States.

"I found out there was a culture section to the Arabic class and I know that [culture] is such an integral part of learning about their religion," Mendez said. "And I really like doing things that are like nobody else learns about." Mondays and Wednesdays are set aside to learn the classic Arabic language. On Tuesdays, students learn about Arabic culture, and on Thursday, they learn the Egyptian Arabic dialect.

"I remember eight weeks in, I wrote my first sentence," Mendez said. "It's difficult. You're talking [about] four different ways to write every letter, and there are three different letters for 'T.' There are a lot of people in the class and like everybody struggles, but Martin just went really slowly so that we'd know how to write whatever he would say."

After a summer without Arabic, Mendez said he and some of his classmates are struggling to regain the comprehension they gained last year. According to a recent USA Today article, less than five percent of people who study Arabic at the collegiate level will graduate with functional speaking proficiency.

Still, some Richmond students are taking great steps to increase their speaking skills and understanding of the culture. Andrew Spiegel, a senior, visited Egypt this summer for several weeks through programs outside Richmond.

Mai-Anh Tran, 22, a fifth-year student, began learning Arabic as a freshman when the university offered non-credit courses in Arabic one evening a week for several hours. She's enrolled this semester in the introductory Arabic course and said daily Arabic exposure and Sulzer-Reicel's teaching style is making the language easier to learn.

"He understands how hard it is to learn Arabic because he had to do it himself," she said.

Bower and Sulzer-Reichel both expect the interest in the language to remain high for quite some time, given the political sensitivity of today's world. 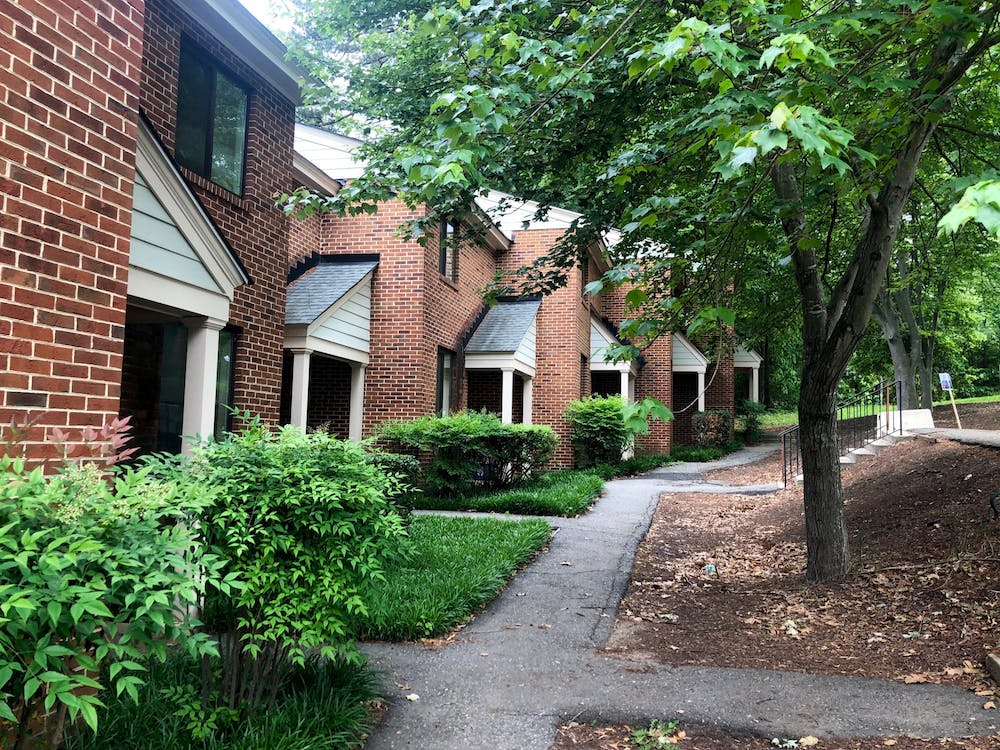 By Tyler Rosenstein | 2 days ago