With more information about masks becoming available as the COVID-19 pandemic continues, the University of Richmond updated its mask requirements and is distributing KN95 and ASTM-certified level 3, meaning high barrier, disposable masks on campus.

The aforementioned masks are certified by the Food and Drug Administration and the American Society of Testing and Materials, respectively.

“If a mask does not have two or more layers, double masking is an option," the administrators wrote. "Neck gaiters and bandannas are not acceptable to be worn within campus buildings unless they are covered by a second mask."

As a motivation for these policies, the email cited the Centers for Disease Control and Prevention's recommendation of wearing a snug cloth mask with at least two layers over the nose and mouth, and the new rule requiring mask-wearing on any forms of public transportation announced by U.S. President Joe Biden in January.

Gaiters were distributed to student-athletes at the beginning of the fall semester and have been worn by students around campus, Jason Vida, associate director of athletic public relations, said. Because of the changes in information regarding the efficacy of different types of masks, gaiters are now unacceptable masks to wear in campus buildings, Vida said.

A peer-reviewed Duke University study from August 2020 showed that a single-layer gaiter was less effective than not wearing a mask. The study caused controversy and some experts argued against the findings and conducted their own gaiter experiments, according to The Washington Post. Some studies have shown that a single-layer gaiter worn doubled up is effective, although there is still a lack of a clear consensus on the issue, according to the Post.

Athletes are now only supposed to wear their gaiters when they are on the athletic field with teammates, as masks with ear loops are not always practical, Vida said. This is because athletes must take their face coverings off for activities involving heavy breathing and put them back on for time-outs, Vida said. Ear-loop masks would be difficult to collect from the field if taken off for these instances or if they fell off by accident, he said.

“There's a lot of different information that continues to evolve," Vida said. "So, you know, I think that the most important thing is that there is probably a time and a place for each type of mask."

Because student-athletes will start to travel again for games, possibly being exposed to the COVID-19 virus, KN95 masks were given to student-athletes for them to wear around campus, Vida said. He calling mask-wearing a “two-way street," as masks protect both the wearers as well as those around them.

Student-athletes received another gaiter at the beginning of this semester to be worn at practices; and in February they received two KN95 masks, senior field hockey player Kayla Somers. Somers got a full box of KN95 masks when they were distributed at the Heilman Dining Center, she said.

Although it can be difficult to keep up with changing rules, everyone on her team is very conscientious about mask-wearing, Somers said.

The Feb. 4 email from Bisese, Hale and Legro announced that UR would distribute a box of Food and Drug Administration-certified KN95 or American Society of Testing and Materials-certified level 3 disposable masks to each student taking in-person classes, after distributing masks to faculty and staff first. Details on where and when mask distribution would take place were given in a later email sent by Bisese and Legro on Feb. 12.

Masks were also distributed in the dining hall and Commons on Feb. 25.

Junior Kevin Spear was one of the RCSGA members distributing masks in the Commons on Feb. 11. He estimates that, during the two hours he distributed masks, he gave out over 200 boxes.

“Almost everyone is willing to take at least one box,” Spear said. “If not, you know, they're asking if they can take two.”

Johnson saw the the distribution of masks on campus in the dining hall and the Commons advertised on social media, which enabled those she knew who did not receive KN95 masks at prevalence testing to get a box, Johnson said. 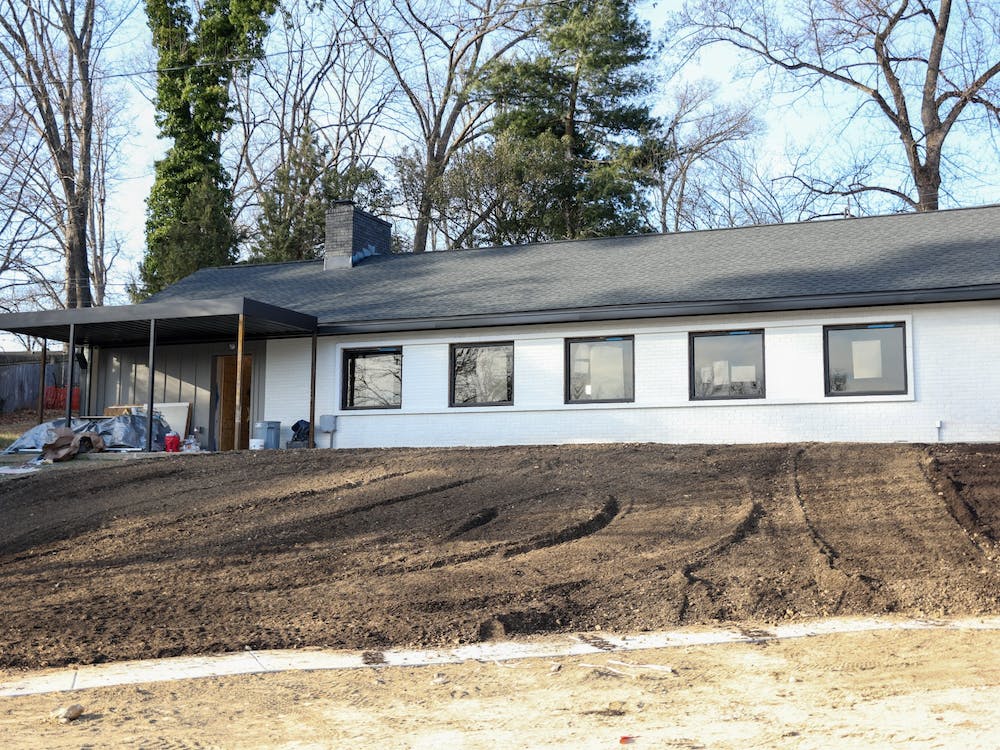