Rain and slight wind created a brisk Election Day fall morning as voters from various Virginia districts went to the Henrico Recreation and Parks Center and Jepson Alumni Center to cast their vote.

Outside, a large number of candidate signs surrounded the building. Voters frequently came and went and three people stood outside the entrance handing out Republican and Democrat sample ballots.

One of the voters who cast her ballot at the rec center was Chelsey Dixon. She works as a project assistant for a company that helps serve intellectually and developmentally disabled people and is recently married. Despite being skeptical toward the significance of voting when she was younger, she now tries her best to vote in every election

“When I was younger I thought that my vote didn’t make a difference,” Dixon said. “As I got older and I really started to understand, [that] it’s my own little way of being able to contribute to the greater good.”

Another voter who cast her ballot at the rec center was Rose Fauntleroy. She is a retired litigation paralegal and has one daughter.

She has voted every election day since she was 18 and emphasized that a citizen’s vote is a way to use their voice.

“[Voting] is your voice, it’s your power, it’s your freedom,” Fauntleroy said. “You should exercise your voice regardless of who you vote for or what you stand for. It’s your voice. Yours. No one else’s and no one can take that from you.”

The Jepson Alumni Center polling place is at 442 Westhampton Way on the University of Richmond campus. It includes the ballots for the 4th Congressional district, 10th Senate district, and 68th and 73rd House of Delegates districts.

Signs flooded the outside of this polling place as well, but one key difference was a big sign encouraging voters to vote for the One Casino referendum.

Two people stood outside the entrance of the Alumni Center, advocating for candidates Antionette V. Irving for Richmond Sheriff and Dawn Adams for the 68th House of Delegates district.

Voter turnout throughout the morning was not as big as previous years, election officials at the Alumni Center said. They said there could be a spike inturnout later on in the day when the rain slows down and people get off work. The increase in mail in voting and early voting is another factor to consider, they said.

One voter who cast his ballot at the Alumni Center was Jack Dunne. A 2019 UR graduate, Dunne now works as a brand manager. He is originally from New York and believes voting is a citizen’s duty.

“You are supposed to participate in your own government and make sure your values are reflected upon those who serve you,” he said.

Polling places across Virginia will close at 7 p.m. today. 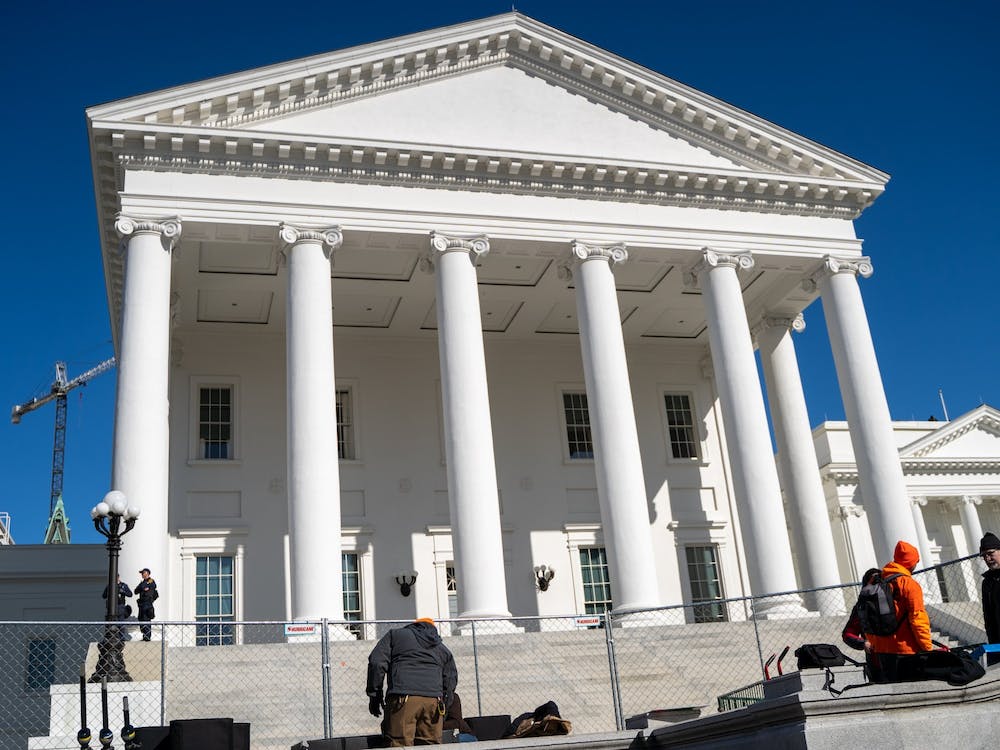