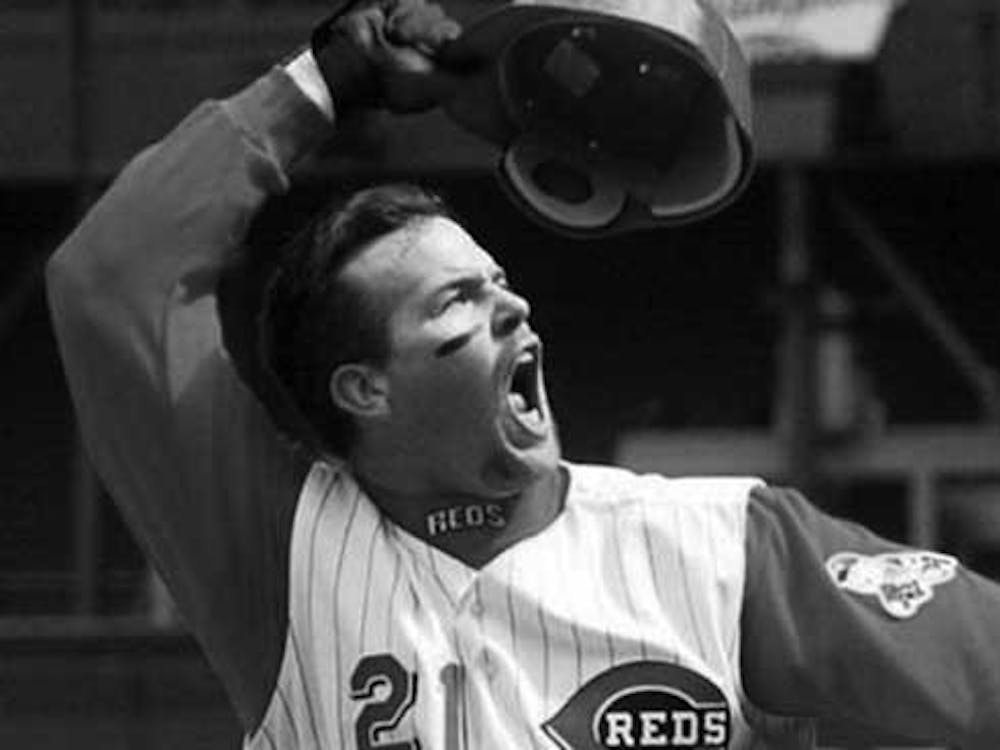 Richmond alumni to enter hall of fame in baseball and football

Former University of Richmond athletic greats Sean Casey (baseball) and Lou Wacker (football) will be inducted into the Virginia Sports Hall of Fame in late April.

Dr. Wilbon Harrison Daniel, 91, who was a professor of history at University of Richmond from 1956 to 1992, passed away in his home Dec.

"We're going to win here. I'll tell you that right now," said Tracy Woodson, who was formerly introduced as Richmond's head baseball coach on Tuesday. "We are going to be competitive.

University of Richmond are expected to announce the hiring of new head baseball coach Tracy Woodson, according to multiple sources. Woodson, who is originally from Richmond, has been the head baseball coach at Valparisio since the 2007 season. Woodson will replace Mark McQueen, who resigned on June 20th. 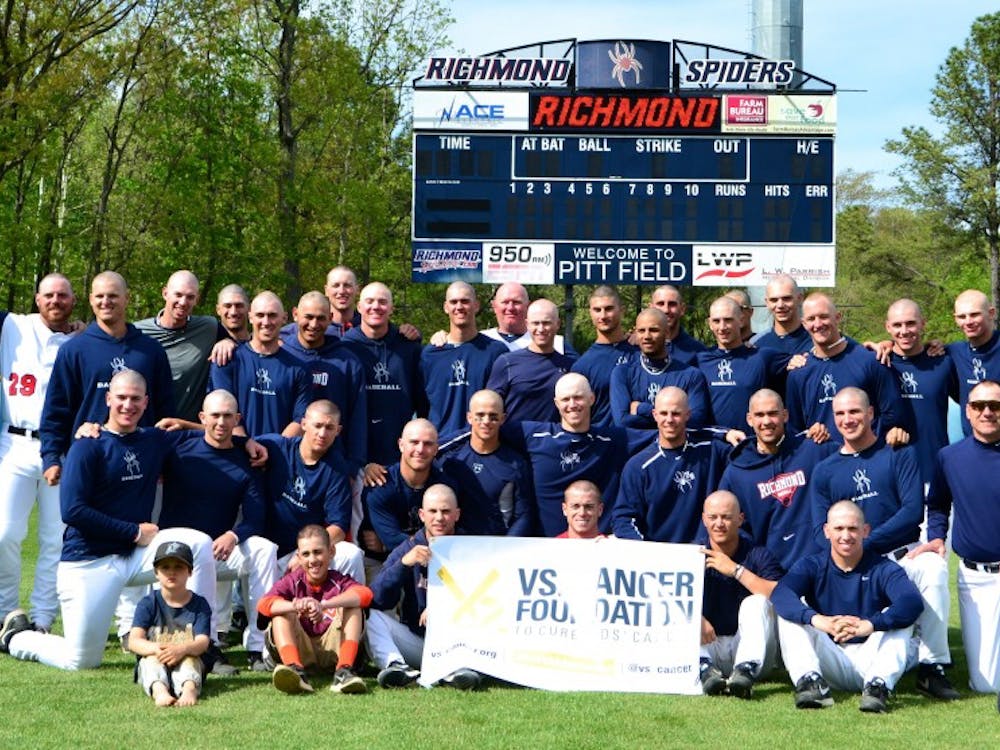 After salvaging the series by winning the last of three games against St. Joseph's University, the University of Richmond baseball players and coaches gathered near home plate to have their heads shaved in support of children's cancer research. Feelings of consternation showed on the faces of some of the players who were more emotionally attached to their hair, but the team was happy to support the cause, junior second baseman Adam Forrer said. "We've been pushing to get donations," Forrer said. 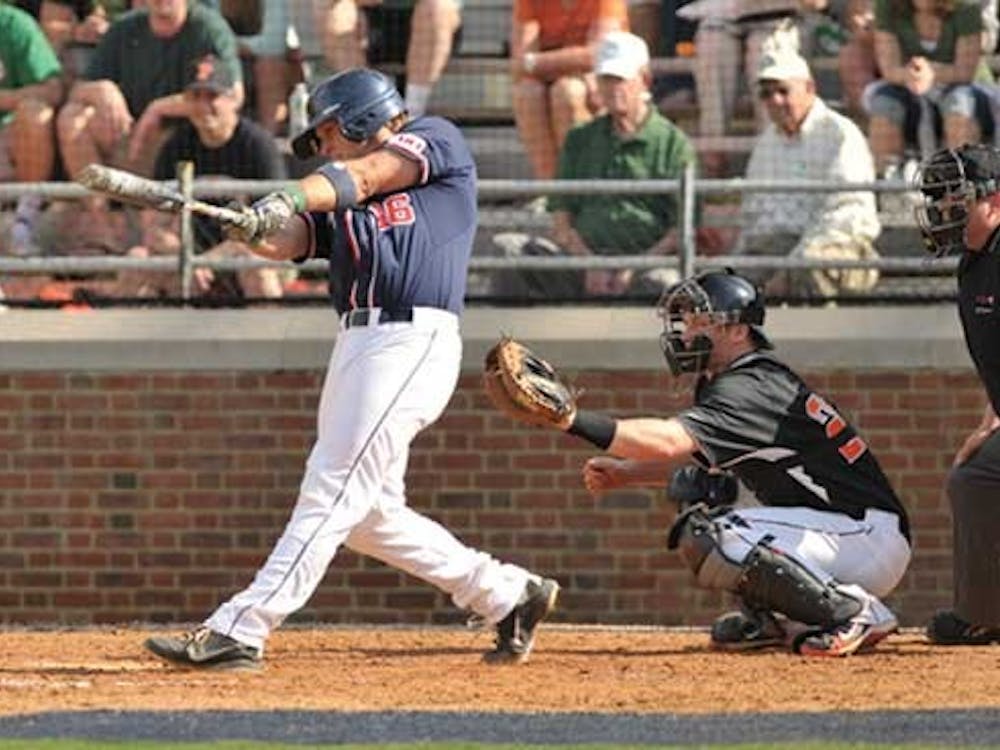 Spider of the Week: Jacob Mayers 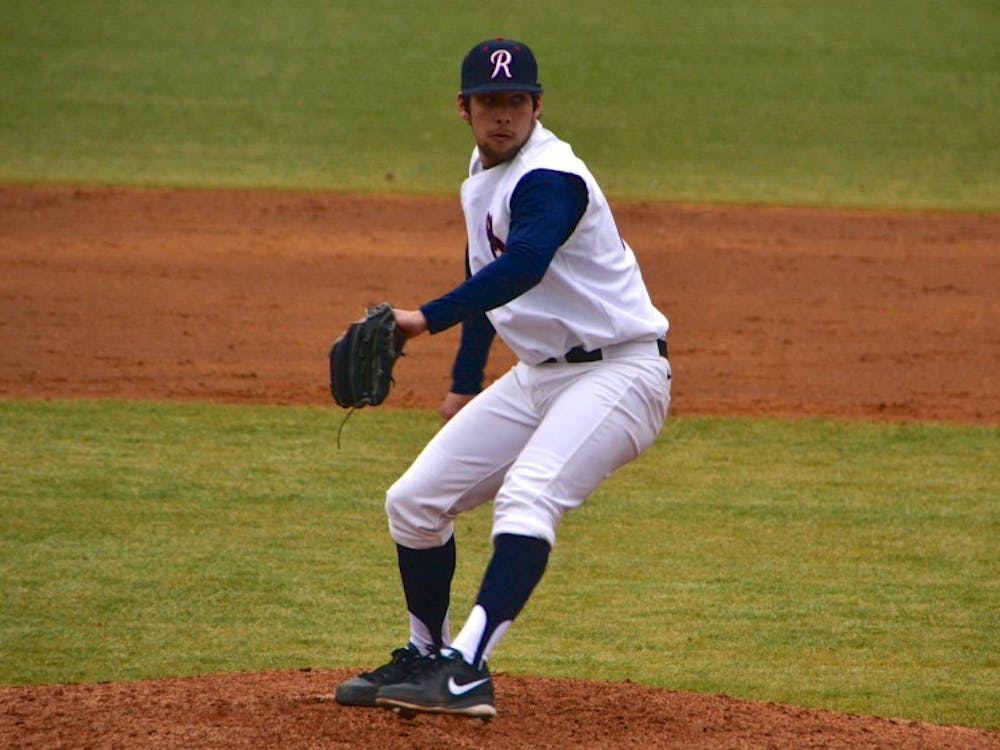 The Spiders baseball team extended its winning streak to four games and completed its second sweep of the season against the Wagner Seahawks with solid pitching and strong offense last weekend. Sophomore Jon de Marte pitched the first game of the series Friday, which the team won 8-6, and allowed three runs through five innings. The second and third innings were tough for de Marte, he said, especially the third when he walked three hitters in a row.

For a team that was supposed to be weakened by its lack of experience and offense, the Spider baseball team defied all preseason expectations in its opening series against Bucknell University. In the first game of the season, the rookies showed their merit in beating the Bucknell Bison 10-4, with solid performances from freshmen Tanner Stanley, Jansen Fraser and Aaron Newman and redshirt freshman Jon de Marte. Stanley and Newman both went 1-for-4, but their hits were their first collegiate home runs, accounting for three of the Spiders' 10 runs of the day.

In Coach Mark McQueen's six years of coaching the University of Richmond baseball team, he has never had a bigger turnover year. 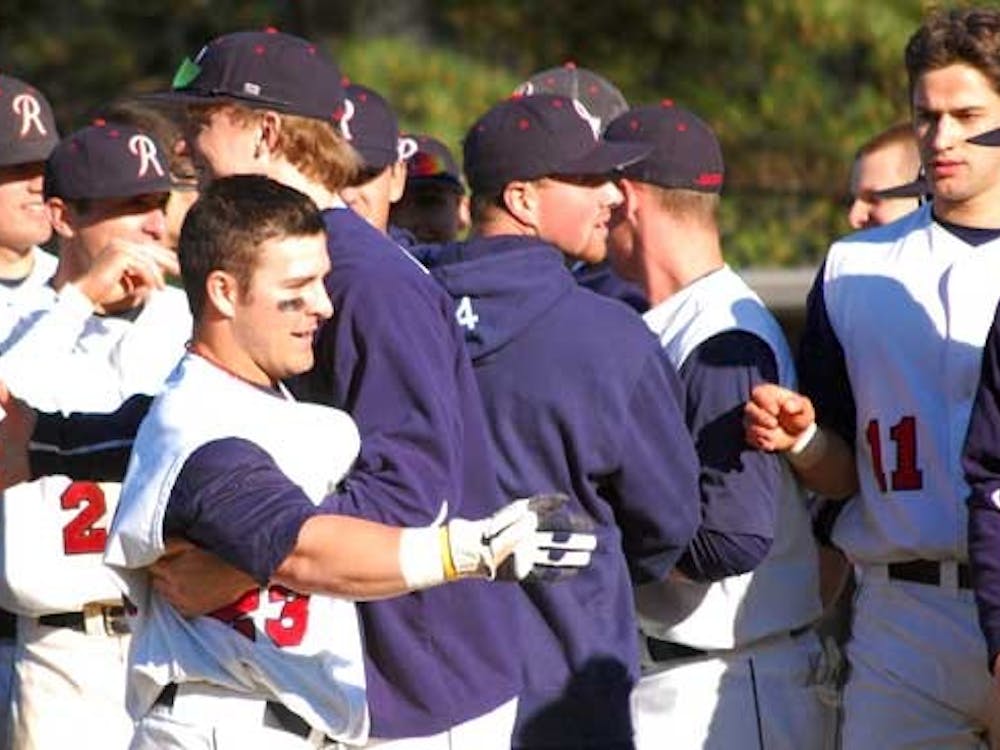 Spiders win, 2-1, with walk-off in extra innings over Xavier

Last spring, CBS and Turner Sports reached an agreement with the NCAA to pay it around $11 billion over 14 years for sole broadcasting rights of the NCAA basketball tournament. That's almost a billion dollars every year. There are similar big-money agreements in football, baseball and other sports that involve exclusive broadcasting rights in exchange for payment to the NCAA. So while the NCAA has been whoring itself out to the likes of CBS, ESPN and Fox for millions and sometimes billions of dollars, it must be fine with its players attempting to make a buck off of their abilities while still in school, right? I bet you can tell where this is going. 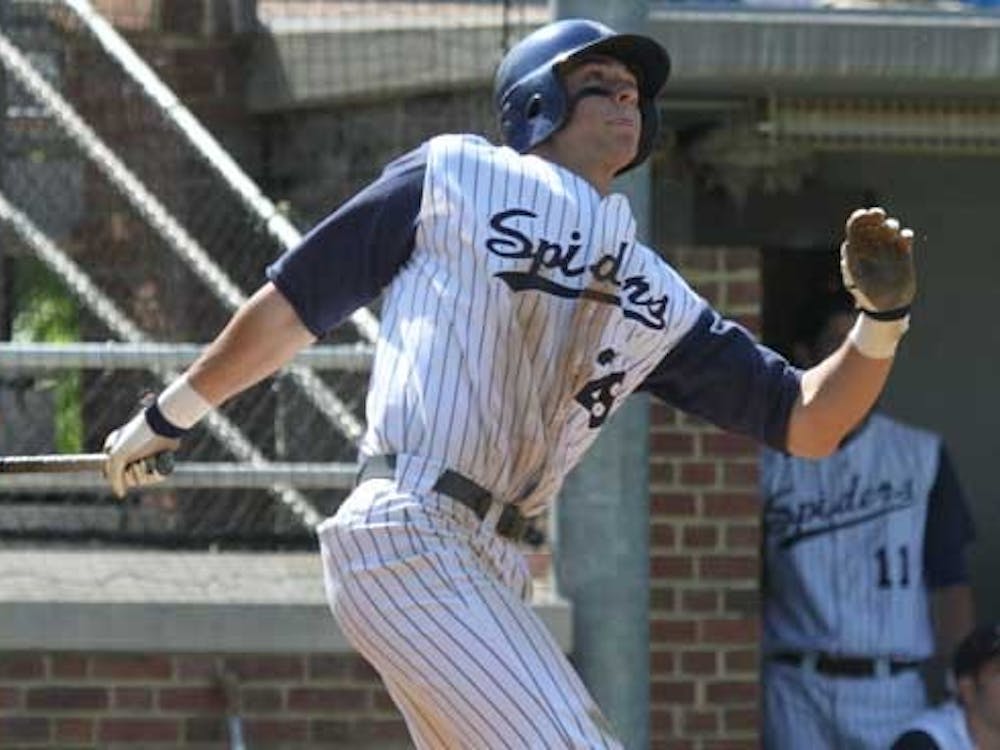 A few days before the MLB Amateur Draft, University of Richmond right fielder Mike Mergenthaler made a prophetic purchase at a Richmond Flying Squirrels game. "Him and [teammate Adam] McConnell went to a Squirrels [the AA farm team for the San Francisco Giants] game a couple days before the draft," Richmond coach Mark McQueen said. 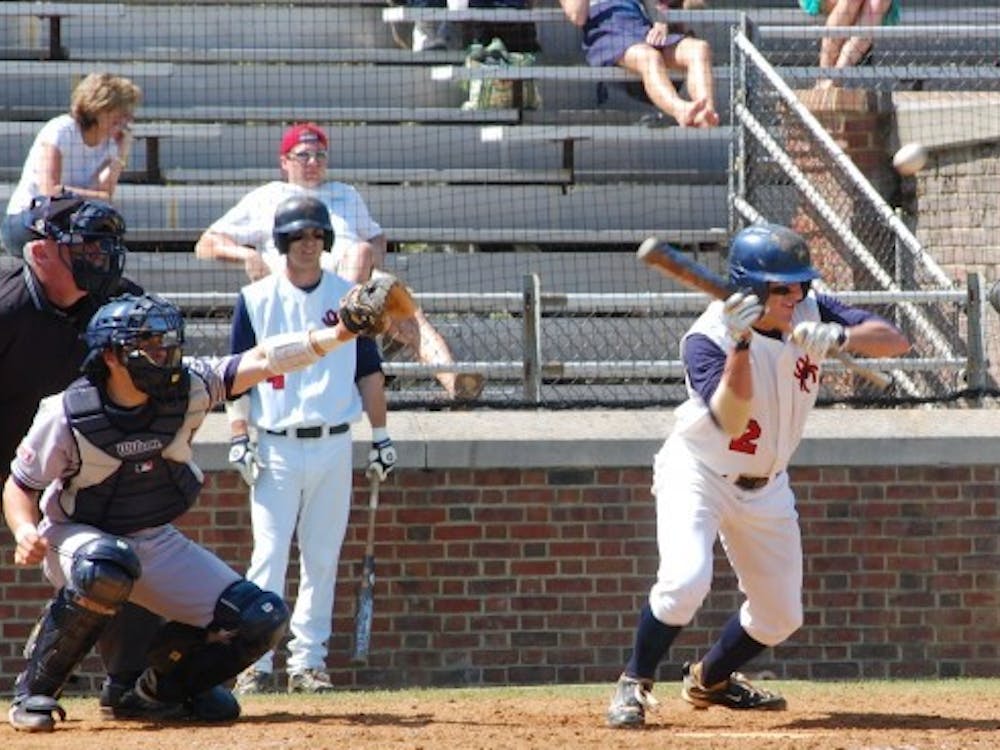 Two University of Richmond baseball players may have to become rivals after they were selected in the 2011 MLB First-Year Player Draft. Outfielder Mike Mergenthaler became the second Spider selected in this year as the San Francisco Giants picked him in the 32nd round with the 987th overall pick, joining redshirt junior Adam McConnell who was selected the day before by the Los Angeles Dodgers during the 30th round. Mergenthaler, who played primarily right field for the Spiders this year, was a Second Team All-Atlantic 10 Conference selection this year after leading the team with a .305 batting average, 7 home runs and 45 RBI. 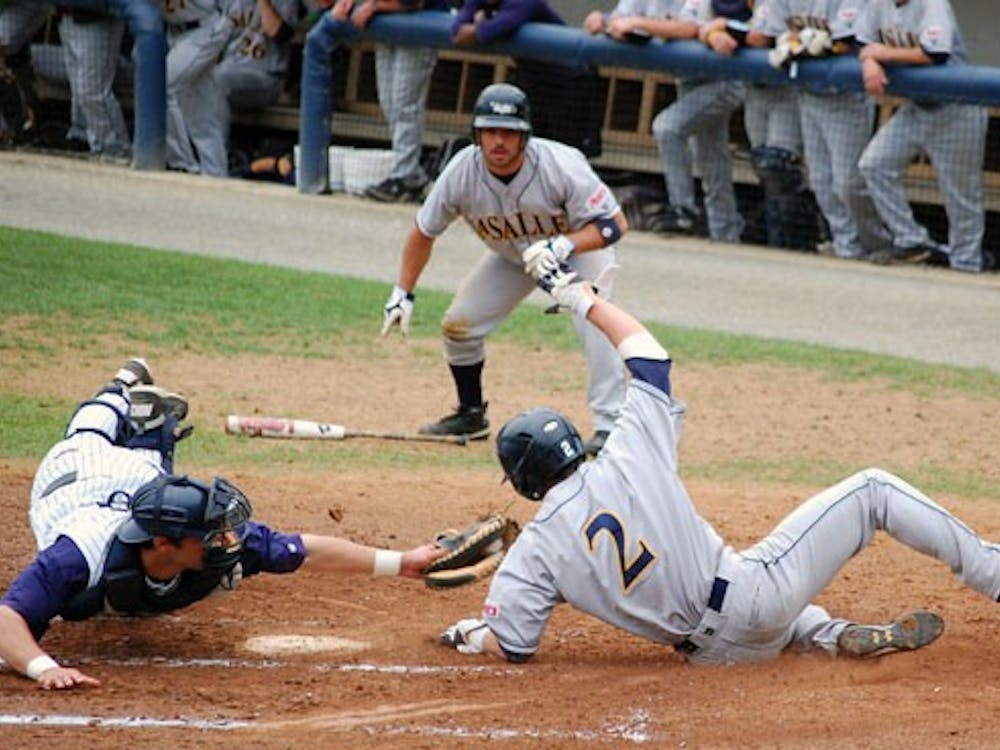 University of Richmond freshman pitcher Andrew Brockett had plenty of time but he threw it all away -- literally -- as his sixth-inning error led to a three-run inning for La Salle University in its 7-5 win Sunday at Pitt Field. Brackett, who came on in the sixth following a lead-off single by Brendan Norton off of Richmond starter Matt Trent, to face Dan Klem, who laid down a sacrifice bunt that was hit directly to Brackett. 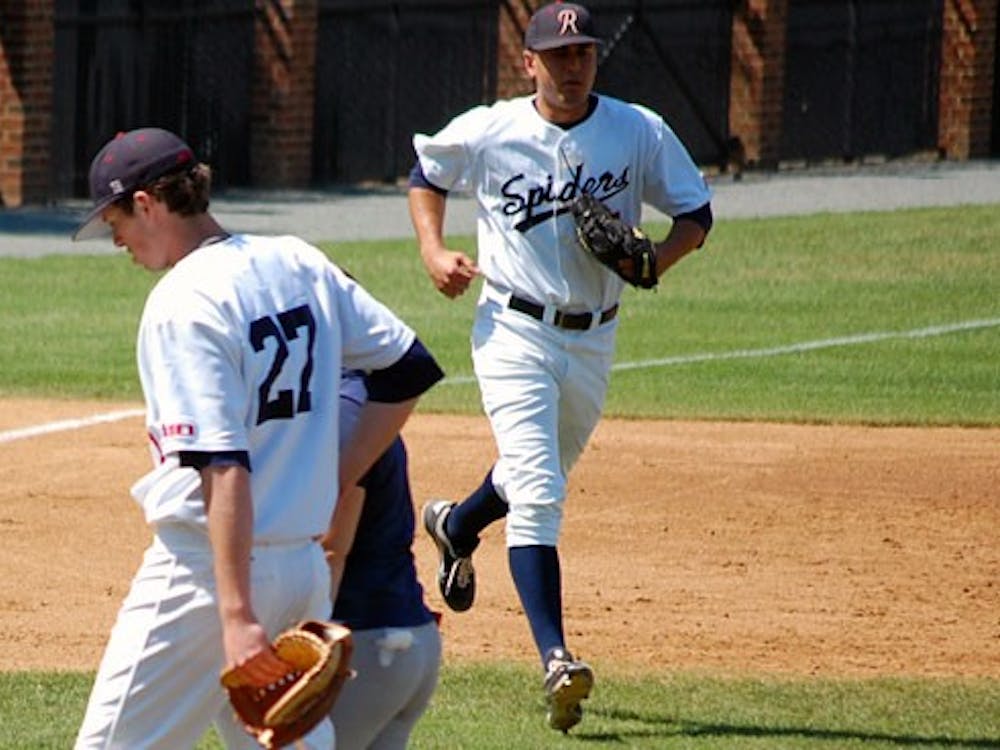 Earlier this season, the University of Richmond struggled to make contact when it had runners in scoring position, often time striking out and preventing any chance of scoring a run. 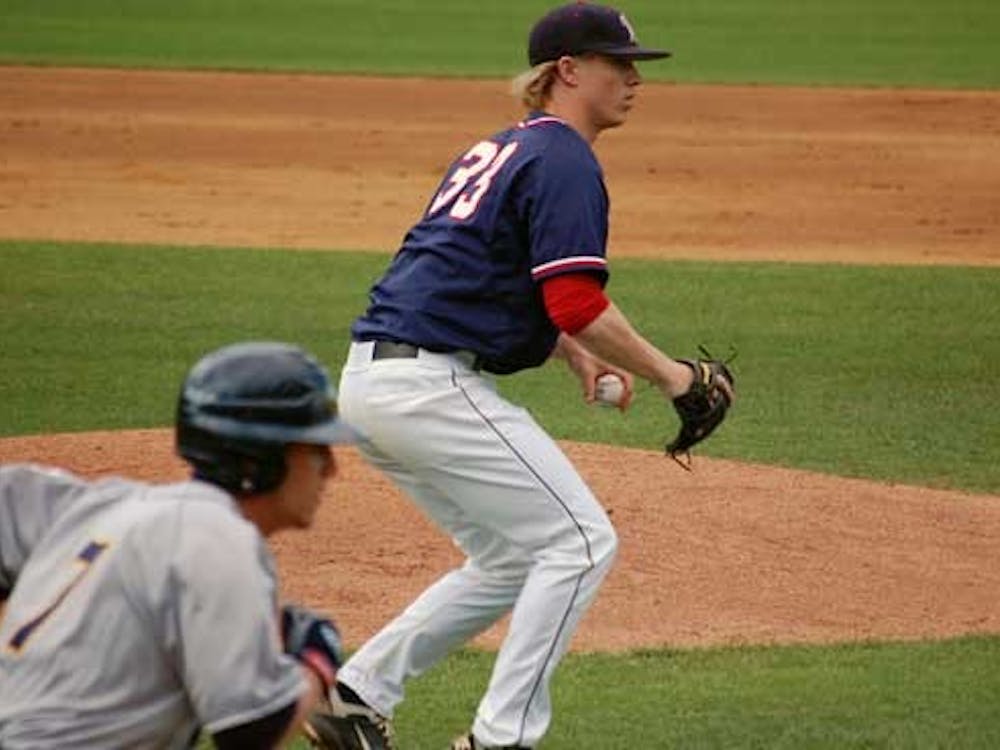 Williams goes 8 as Spiders take the first from La Salle

Richmond manager Mark McQueen may have no idea how Brett Williams is able to throw eight innings when he doesn't have his best stuff, but it sure came in use Friday afternoon as the Spiders took down the La Salle Explorers, 5-2, in the first game of a critical weekend series. Williams threw 109 pitches in his eight innings of work while giving up a pair of runs.

For University of Richmond baseball team, a "Small" absence could be making a big difference. On a rainy Friday evening at Pitt Field, the Spiders lost the opener of a three-game conference series with the University of Rhode Island, 3-2. The game was the first for Richmond since losing starting shortstop Mike Small for the season as he recently underwent surgery for a dislocated ankle and broken fibula in his right leg. 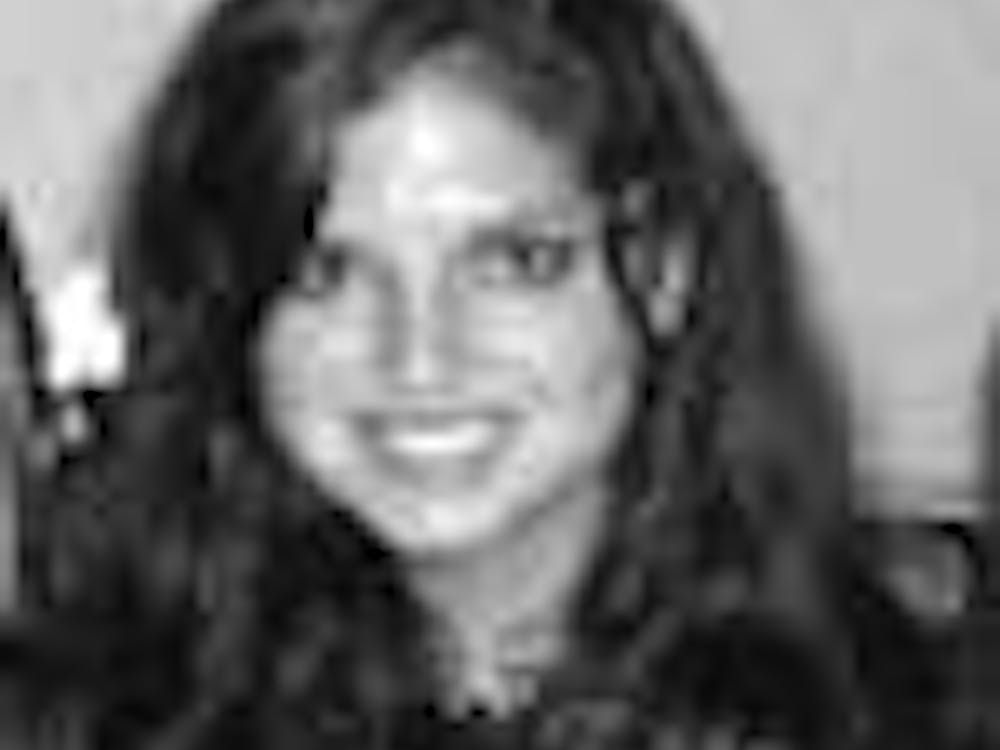 Thanks for the memories, baseball

This weekend as I watched the Richmond baseball team take on St. Bonaventure University, I was reminded of my childhood. There was something about the red and blue uniforms that took me back to Turner Field, "Home of the Braves." My dad took my two younger sisters and me to an Atlanta Braves game when I was about eight. 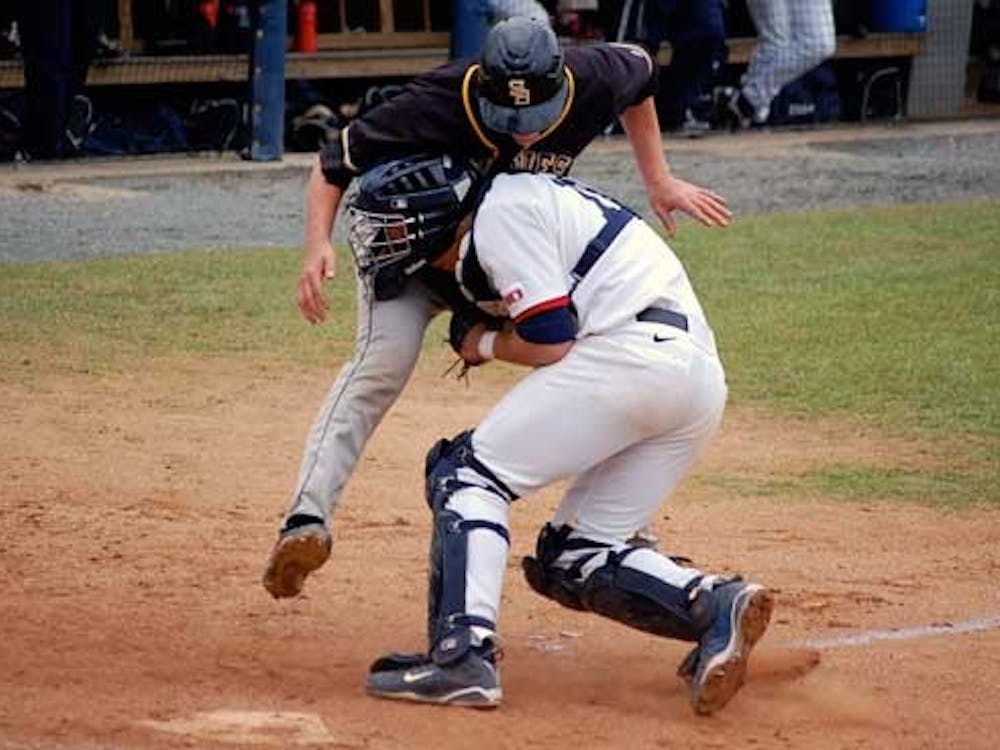 The University of Richmond baseball team scored two runs in the bottom of the ninth inning to defeat St.