Some student-athletes believe that the $15 million designated to renovate the Robins Center should be dispersed throughout the athletic department rather than focusing specifically on improving the existing basketball and football facilities, said Matt Zink, center fielder for the Spiders baseball team. Zink understands that basketball is a revenue-generating sport, he said, but he would like to see more equal distribution of funds set aside for renovating athletic facilities.

Scouts and coaches from NFL teams across the country attended Spider Football's Pro Day on March 19 in Robins Stadium. The athletes that participate in Pro Day have exhausted their eligibility, since they either graduated in December or will be graduating in May, coach Danny Rocco said.

Sixty-four roster spots opened after the dismissal of the men's soccer and indoor and outdoor track and field teams last fall. 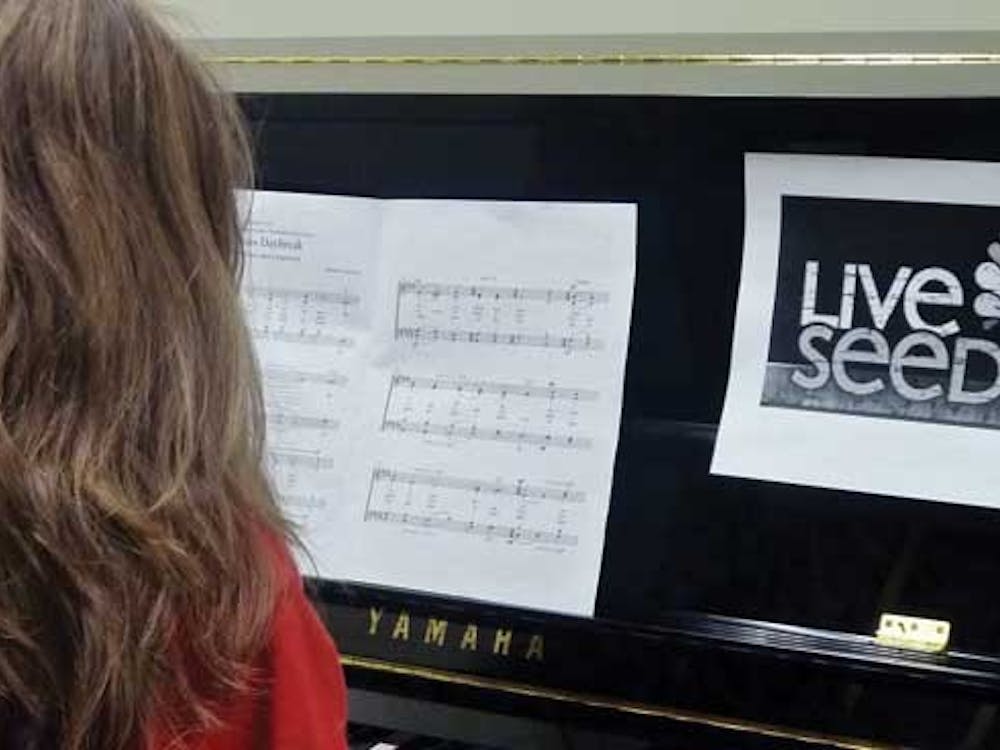 Senior BJ Scott is a defensive end starter on the football team and he loves art. So much so that in October 2011, he created LiveSeed, a website that allows all types of artists - from musicians to photographers to painters to designers - to post their work, communicate with other creatives and eventually sell what they've created. 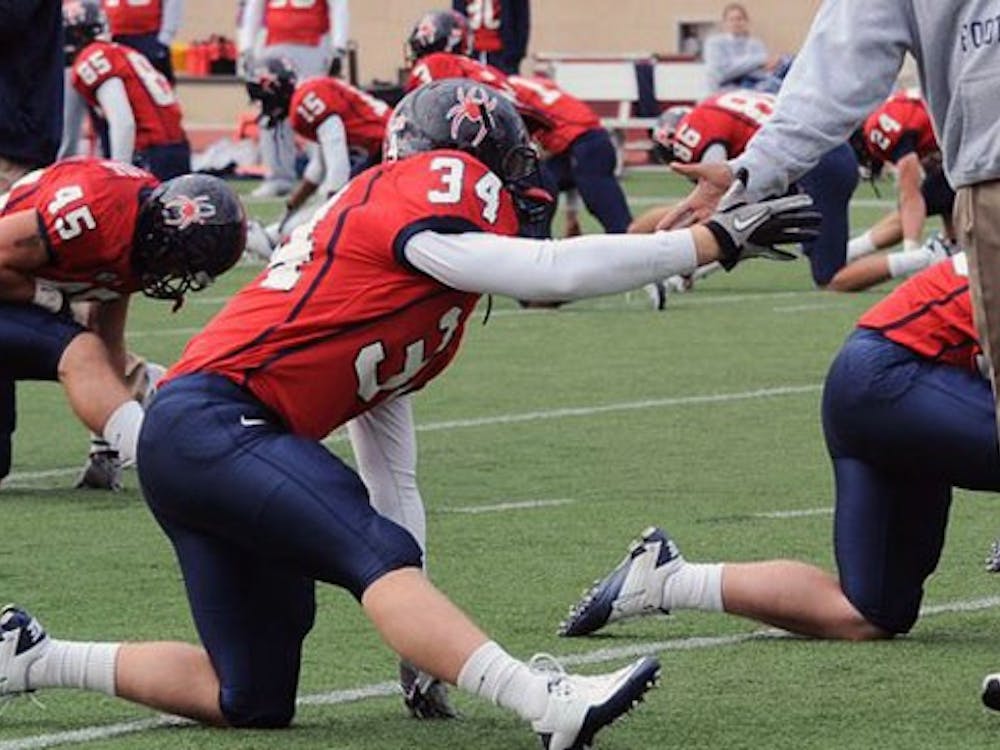 Sophomore linebacker Eric Wright has become a respected leader on the University of Richmond's football team, not only because of his talent, but also because of his moral character and religious devotion. "The Sunday right before I was coming to Richmond, I received the Holy Ghost and was baptized in Jesus' name," Wright said.

Last year's "Fourth-Quarter Frenzy," created to encourage University of Richmond students to stay until the end of home football games, has been moved to the first quarter, with one unique addition. "We know for sure that students will still be there in the first quarter," said Vaughan Moss, director of marketing and sales in the Richmond athletics department. 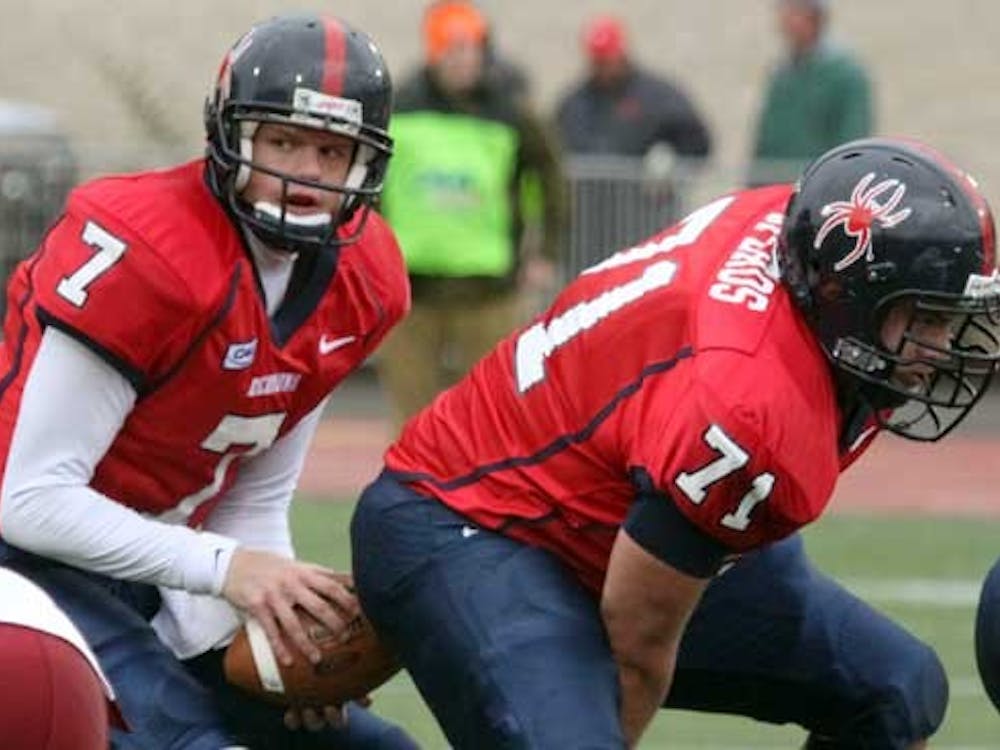 Last spring, CBS and Turner Sports reached an agreement with the NCAA to pay it around $11 billion over 14 years for sole broadcasting rights of the NCAA basketball tournament. That's almost a billion dollars every year. There are similar big-money agreements in football, baseball and other sports that involve exclusive broadcasting rights in exchange for payment to the NCAA. So while the NCAA has been whoring itself out to the likes of CBS, ESPN and Fox for millions and sometimes billions of dollars, it must be fine with its players attempting to make a buck off of their abilities while still in school, right? I bet you can tell where this is going. 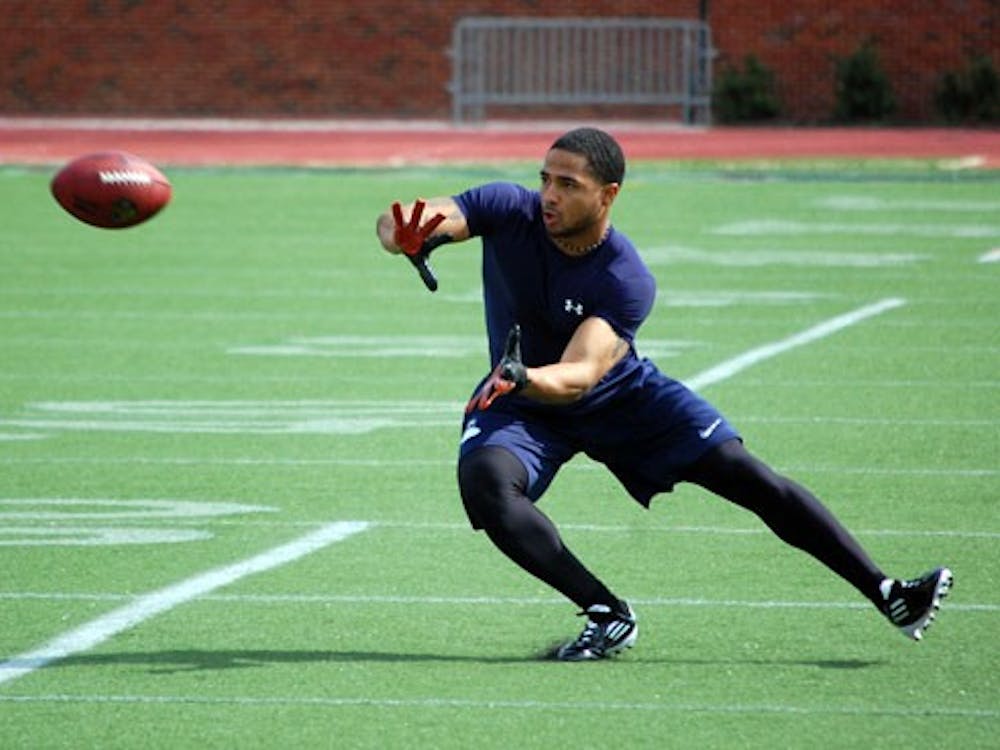 Corp and others participate in Richmond's NFL Pro Day

University of Richmond offensive lineman Jimmy Speros is scheduled to appear in court at 9:30 a.m. 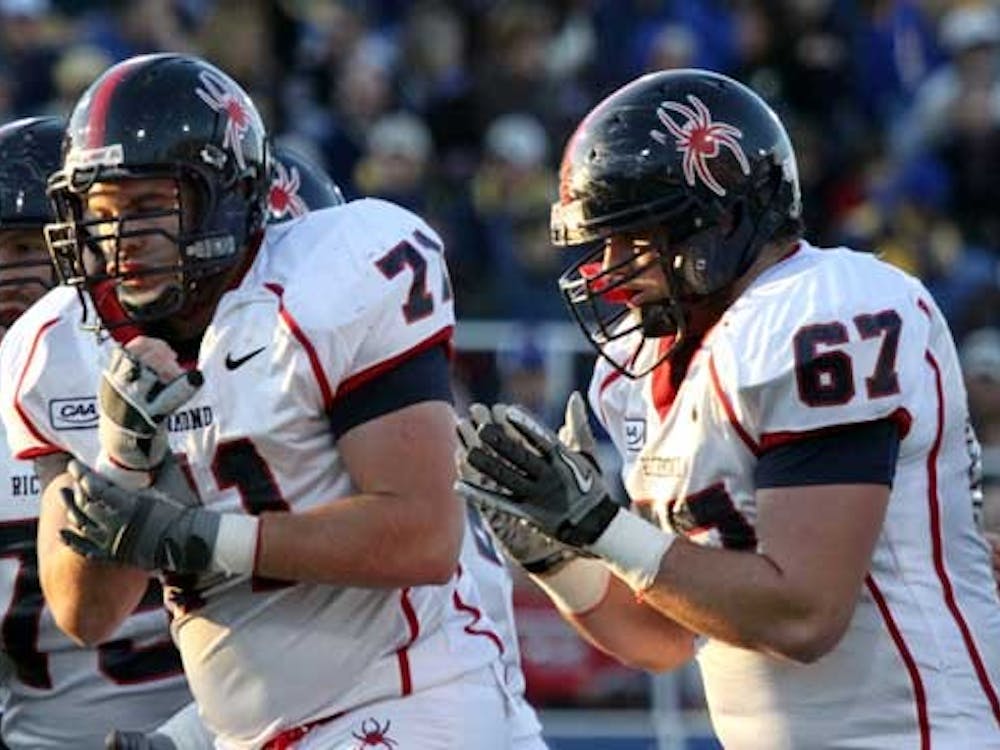 Richmond football offensive lineman redshirt sophomore Jimmy Speros was arrested Wednesday afternoon on felony charges of hit-and-run causing personal injury, and if he is convicted could face up to 10 years in prison, according to a report by Nick Dutton and Angela Pellerano of CBS6. According to NBC12's Andy Jenks, Speros was later released on a $3,500 unsecured bond on Wednesday and will appear in General District Court today. According to CBS6, Speros, who was driving a pick-up truck, collided into an SUV that was going east on Patterson Ave. 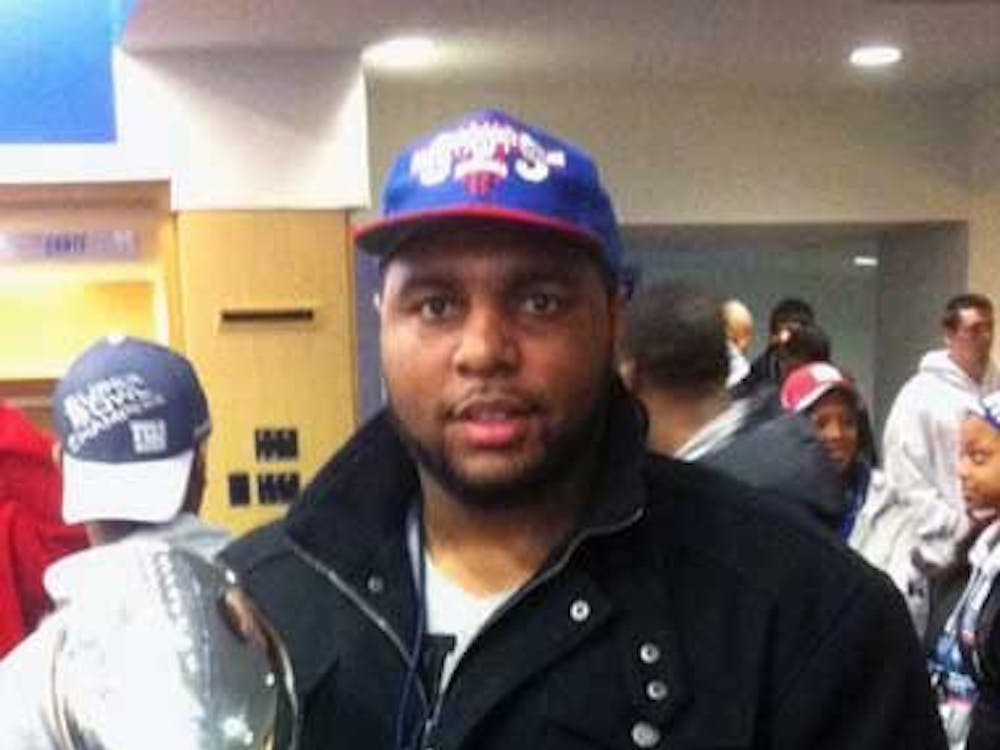 Martin Parker won two football championships in high school, one at Richmond in 2008 and will now add another championship ring to his collection. 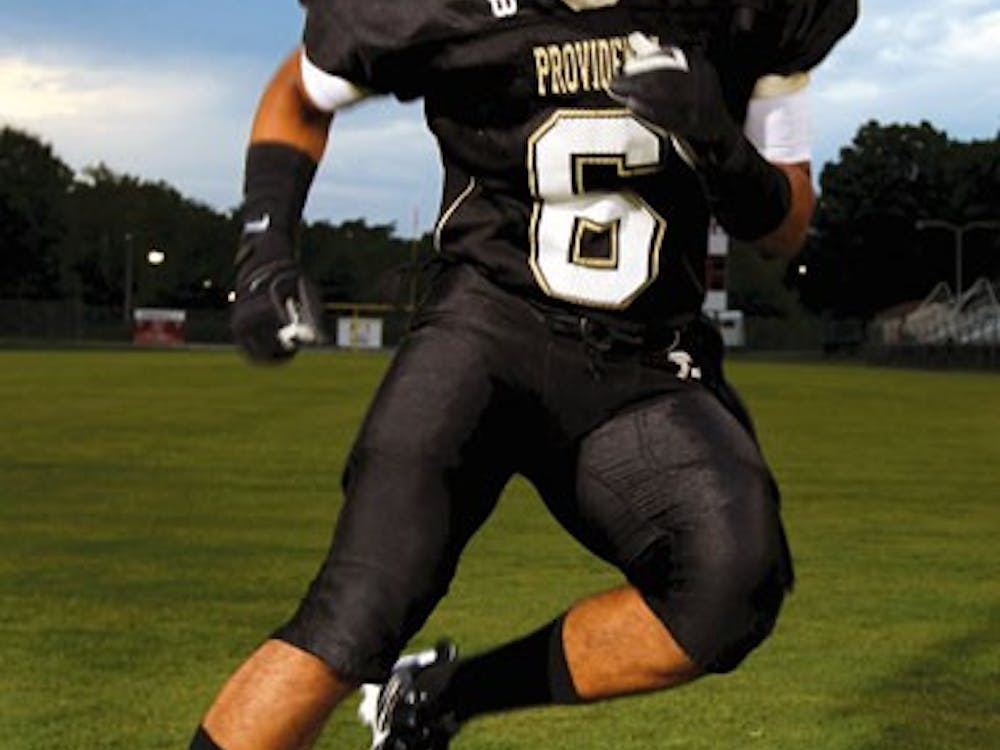 Spiders of the week: The newest football players

The following 14 men are the newest recruits to the University of Richmond football team. 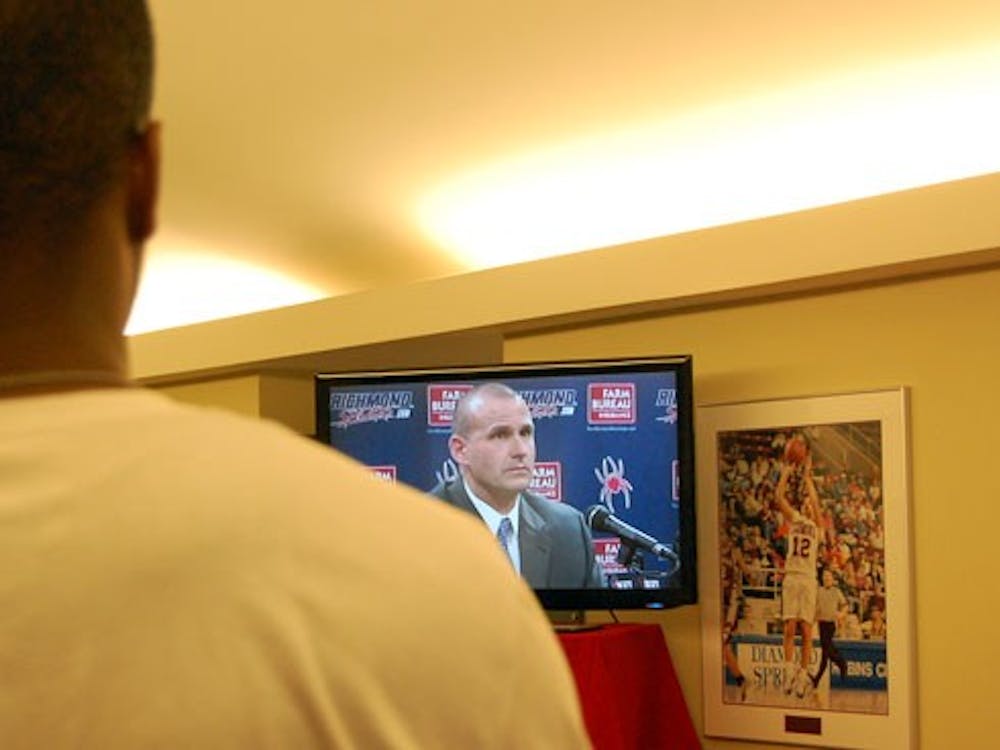 The main concern on everyone's minds at Wednesday evening's press conference introducing the University of Richmond's new head football coach was obvious, and understandable. After making his opening remarks, Danny Rocco, who was announced as Richmond's 35th football coach in school history, was hounded by questions regarding stability. 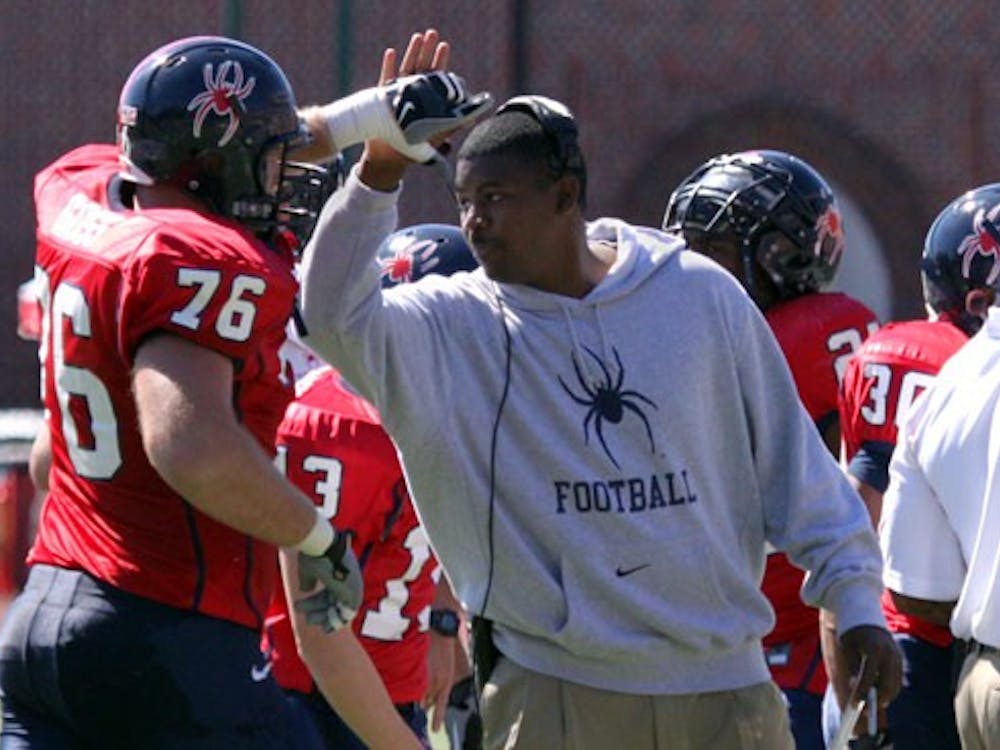 Each time the University of Richmond football team took the field this season, the man who assembled it was absent. Instead of leading the team during an injury-filled 3-8 season, he watched or listened to the games on the radio. "I felt like I should have been there," said Latrell Scott, the former UR coach who resigned 10 days before the start of the season after getting arrested for a DWI. 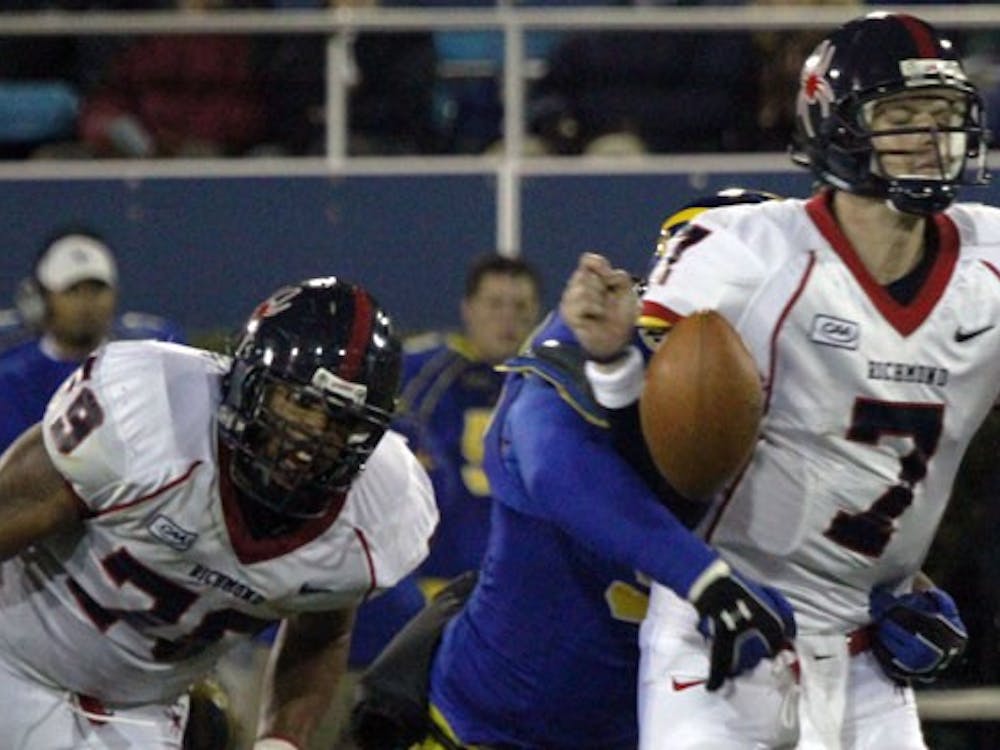 NEWARK, Del. ? Richmond lost its seventh straight game, all in the Colonial Athletic Association, after Saturday night's 24-10 loss at the University of Delaware. 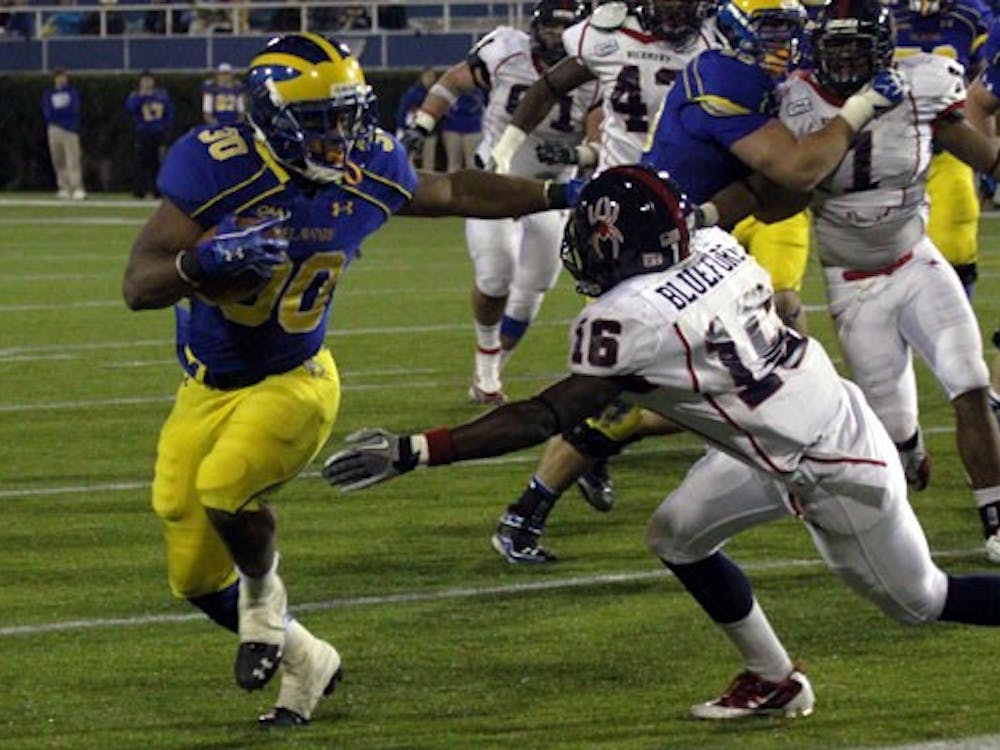 NEWARK, Del., ? Playing a team whose helmets mimic those of football powerhouse University of Michigan, Richmond made its opponent, University of Delaware, look like the Wolverines. The Blue Hens did most of their damage in the first half on the ground with sophomore running back Pierce against an injury-depleted Spiders' defense.

4th Quarter, 0:00- The clock hits double zero with the final score: UR 10, UDel 24. 4th Quarter, 1:29- Delaware starting to run out the clock on its inevitable victory. 4th Quarter, 3:03- The Blue Hens defense ends any hope of a Richmond comeback, hitting Corp from behind and forcing a fumble, which a Delaware defender picks up at its own 30. 4th Quarter, 3:33- Gray makes a tiptoe catch along the sideline to pick up 17 yards to the UDel 31. 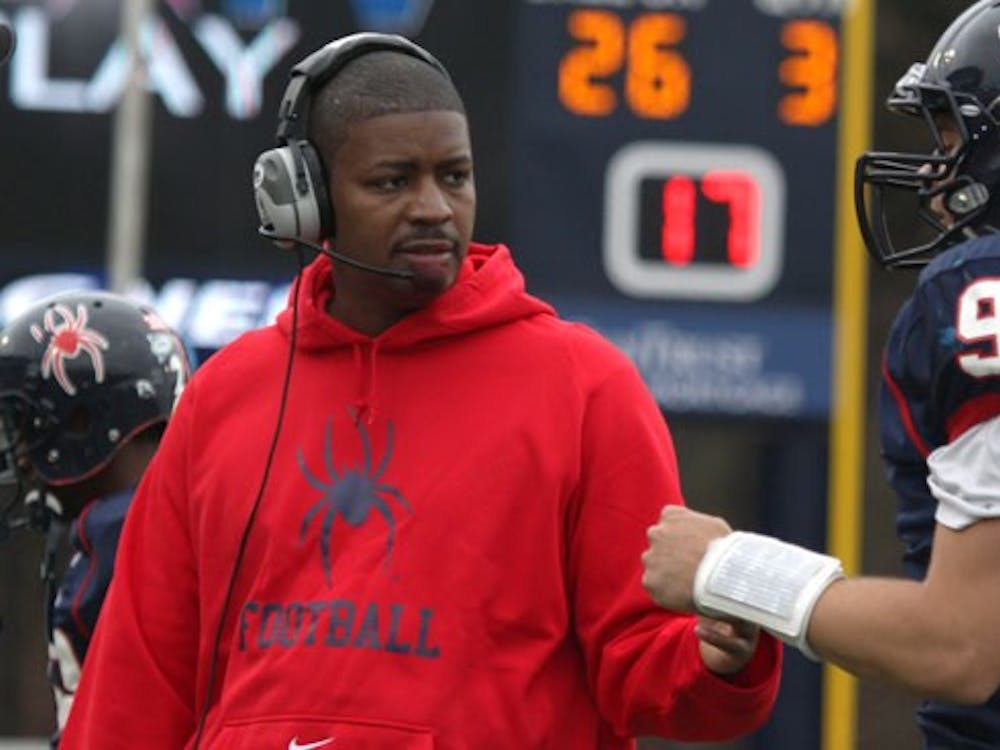 Former University of Richmond football coach Latrell Scott was sentenced to 10 days in jail Thursday morning by a Henrico County judge. Scott, who was arrested in August for his second DUI in a 5-10 year span, will serve the time on weekends, starting at 8 p.m.