UREMS has bought an SUV to decrease response time

Employees of the University of Richmond Emergency Medical Service purchased an SUV to help respond to on-campus calls more efficiently. "The new, quick-response vehicle will allow us to improve patient care and will put us on the same level as other similar collegiate EMS organizations around the country," said campus police officer Beth Simonds. Before the purchase of the SUV in October, UREMS first responders had two methods of transportation: They could either respond to calls on foot or drive their personal vehicles to the scene, while still abiding by all of the Virginia state traffic laws, Simonds said. Because the vehicle is still being outfitted by Richmond Ambulance Authority, UREMS is currently still responding by the two traditional methods, Simonds said. But, the new SUV is expected to be in service at the beginning of the spring semester, Simonds said. The primary function of the vehicle will be as a BLS (basic life support) non-transport vehicle. It will bring the UREMS first responders from wherever they are on campus to the location of the emergency in a timely fashion, but without the capability of transporting a patient to the hospital, said Richard Jamesley, the president of UREMS operations. "One way the vehicle will improve campus safety is it will allow UREMS to carry more advanced equipment that normally cannot be carried in a standard First Responder bag," said Matt Palmisano, the vice president of UREMS operations.

Swimming and diving focuses on "the process"

The University of Richmond's swimming and diving team members focus on "The Process," which enables success on the daily level. "The Process" is a phrase that head swimming coach Matt Barany uses with his team that the focus and energy of the swimmers to each day, instead of strictly focusing on the end of the season, Barany said. "In college athletics, people are obsessed with the end result, and a lot of teams don't do a good job in the middle," Barany said.

Is graduating with student debt worth the degree?

University of Richmond graduates' loans are part of the growing rate of student loans across the United States that now total more than $1 trillion. Two-thirds of college seniors who graduated in 2011 accumulated an average debt of $26,600, according to the Project on Student Debt website. Forty-three percent of the students who graduated from Richmond in May 2012 had an average debt of $21,065, said Cindy Deffenbaugh, the director of financial aid at Richmond. IS RICHMOND STUDENT DEBT WORTH IT? Like any university or college across the country, it is possible to graduate from Richmond without any debt through the use of scholarships, grants and financial aid, but because of Richmond's high tuition, there are still students who leave with large sums of debt, said Jerry Stevens, a professor of finance at Richmond. One graduate from the class of 2012 was given grant money each semester that partially covered tuition. 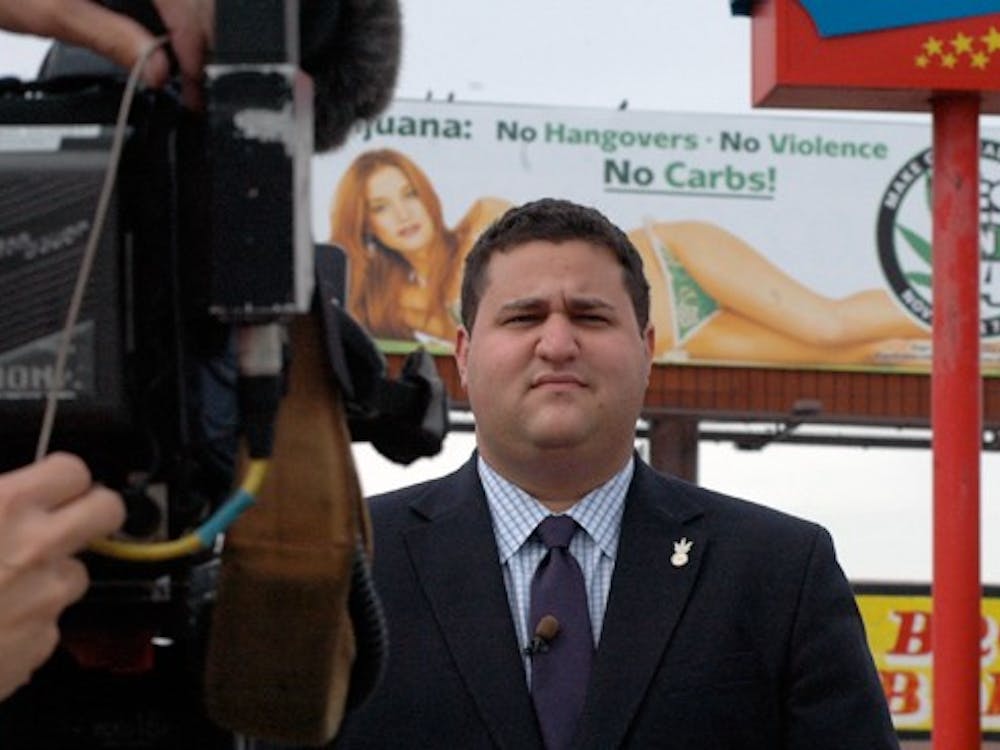 University of Richmond alumnus Mason Tvert is one of the leading advocates for legalizing marijuana in Colorado through Amendment 64, which if passed in November, would create the first state system where marijuana would be regulated and taxed like alcohol. Tvert, a 2004 graduate, is the co-founder of Safer Alternative for Enjoyable Recreation (SAFER), the SAFER Voter Education Fund and has frequently appeared in the news to promote the message that marijuana is safer than alcohol. Amendment 64 will appear on the November 2012 ballot, he said. If passed, the amendment would remove all legal penalties for the personal use, possession and limited home-growth of marijuana for adults 21 years of age and older in Colorado. One of the most recent polls, conducted about two weeks ago by the Denver Post, shows support for the passing of Amendment 64 at 51 percent to 40 percent not in favor of passing. Most of Tvert's time and energy is spent arguing that marijuana is a safer substance than alcohol, a belief that was formulated during his time at Richmond, he said. Tvert said in high school he would frequently drink on the weekends without any fear of punishment. The summer after his high school graduation, Tvert attended a concert from which he had to be taken by ambulance to a hospital, unconscious, to have his stomach pumped for alcohol poisoning, he said. "I was released from the hospital without any sort of punishment," Tvert said.

Delta Gamma will host its second annual Anchor Dash, which is a 5K run and walk around campus, at 10 a.m.

The graduating class of 2013 gathered with its families and friends during its Senior Cheers to toast its last Family Weekend at the University of Richmond. This reception occurred from 9 p.m.

"Be One" campus campaign works towards sustainability

The "Be One" campus-wide campaign will continue to focus on highlighting and improving the University of Richmond's sustainability and decreasing the campus' carbon this school year. "Be One" aims to educate the Richmond community about the different ways that everyone can help turn goals of sustainable actions into sustainable habits, said Megan Zanella-Litke, the sustainability coordinator. "Often, the list of sustainability problems in the world can become overwhelming and makes it seem like individual actions won't help," Zanella-Litke said.

The Baldridge Reading and Study Strategy Program will return to the University of Richmond from Sept. 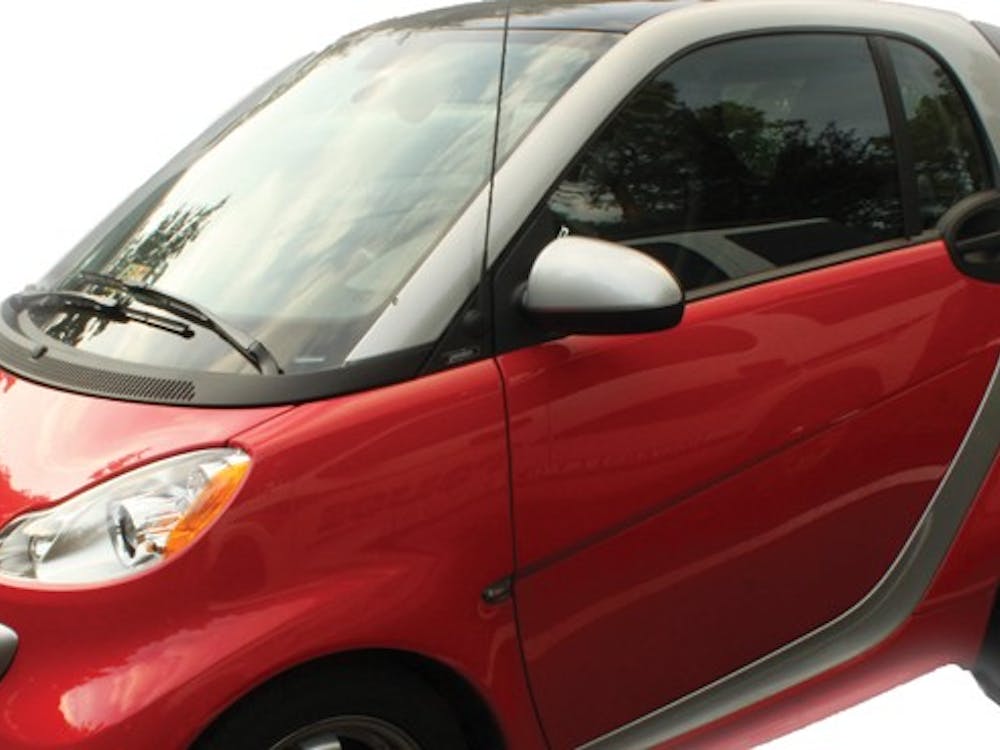 Parking tickets should increase with new smart car and system

Bill Rawluk, parking specialist at the University of Richmond, is preparing to switch to a new electronic parking ticket system to go along with his new smart car. The combination of Rawluk's smart car and the electronic parking ticket system will increase the number of parking tickets given on campus, he said. The old ticket system, which will be used until the end of the fall semester, requires Rawluk to input the permit number of a vehicle into his handheld device to see where that vehicle is allowed to be parked. If the car is parked illegally, he takes a picture of the license for documentation and puts a ticket under the windshield wipers. 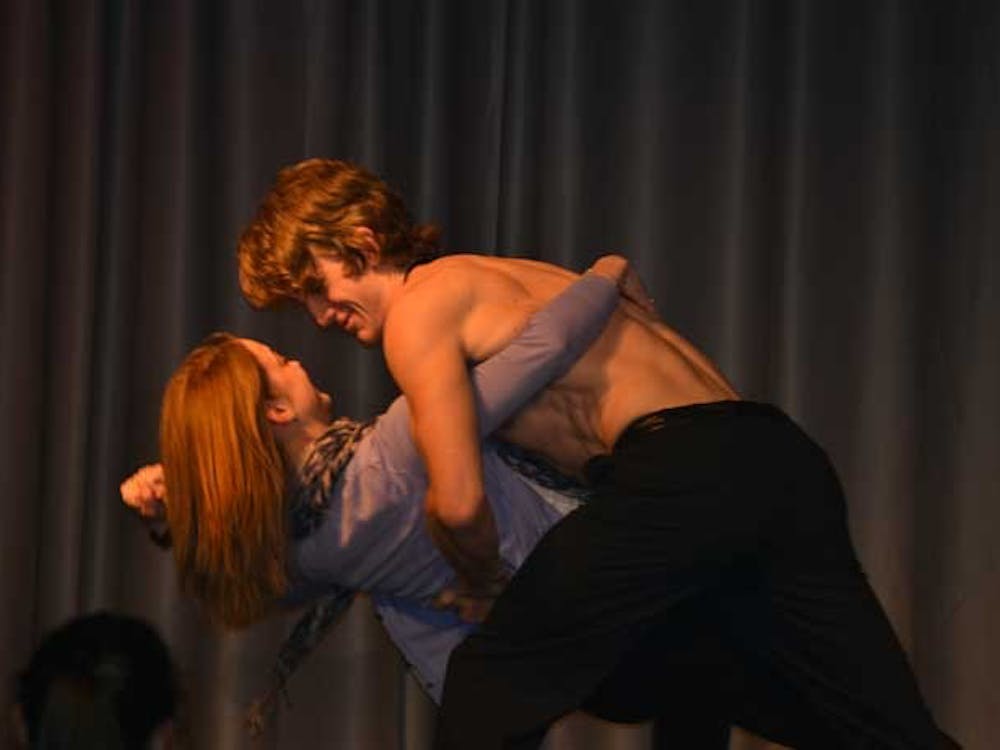 Jack Gilligan won the Mr. Richmond Pageant with his classic black suit, his response about his favorite memory in Lora Robins Court and his talent of flying a plane. CAB hosted the Mr. Richmond Pageant on April 10, featuring eight Richmond College students from a variety of organizations including Greek life, the Judicial Council, the track team and the ice hockey team. The participants were Gilligan, Bryan Scalici, Hunter Northcutt, Ryan Busch, Charlie Boles, Sean Livesey, Erich Mueller and Matt di Stefano. The two hosts for the event were Alyssa Davis and Alex McDilda. Participants competed for the chance to be named Mr. Richmond and the prize of Dr. Dre Beats headphones. The pageant was broken into three competitions. The first competition was the formal wear event in which the men "strutted their stuff," as Davis described, across the stage in suits that ranged from classic black and white to a green suit jacket and a suede black suit jacket. During the formal wear competition, the hosts shared interesting facts about the contestants to help the audience get to know them. Livesey's favorite childhood book was Everybody Poops by Taro Gomi.