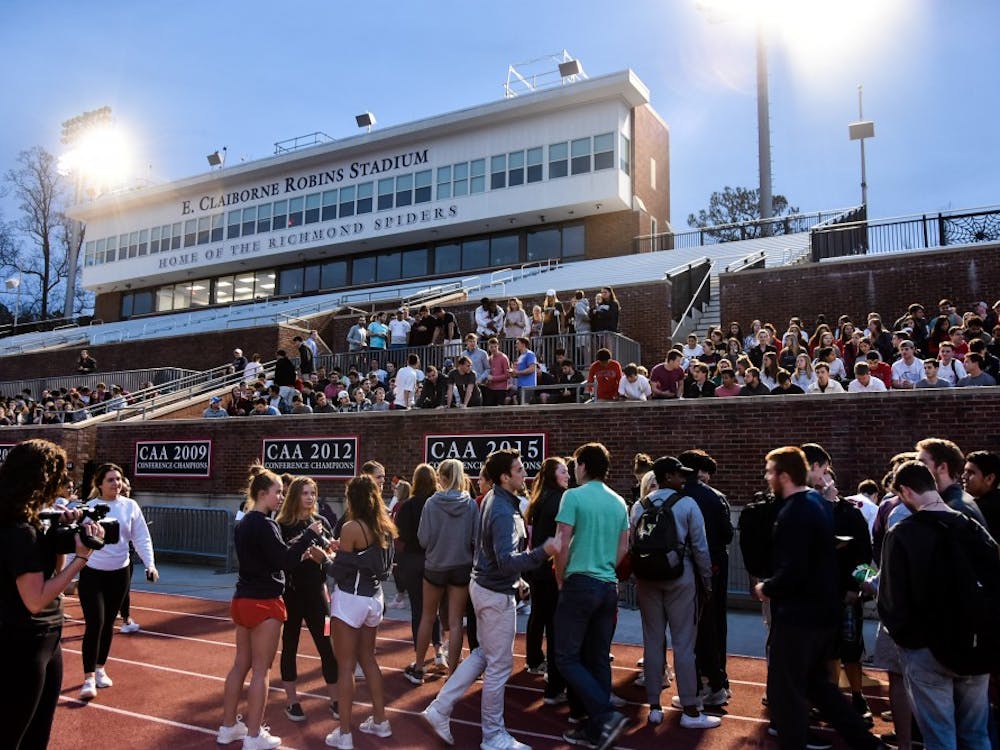 Students participated in a "Break the Stigma Walk" on March 24 to bring awareness to the stigma surrounding mental health at UR. 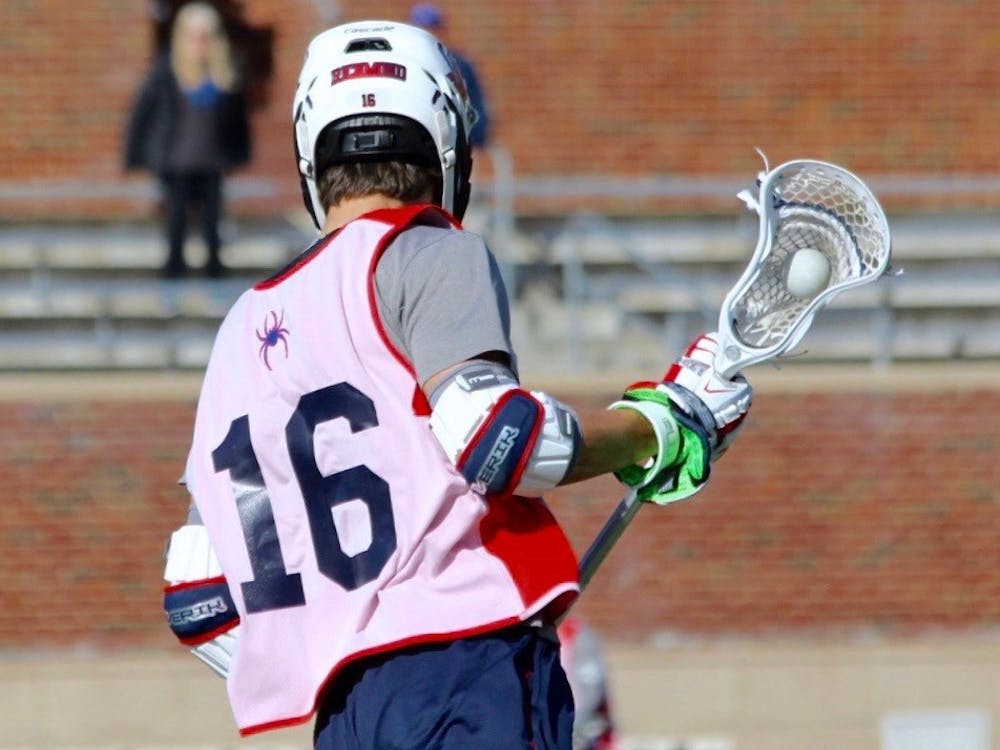 Updates on the various men's and women's sports competitions from this week. 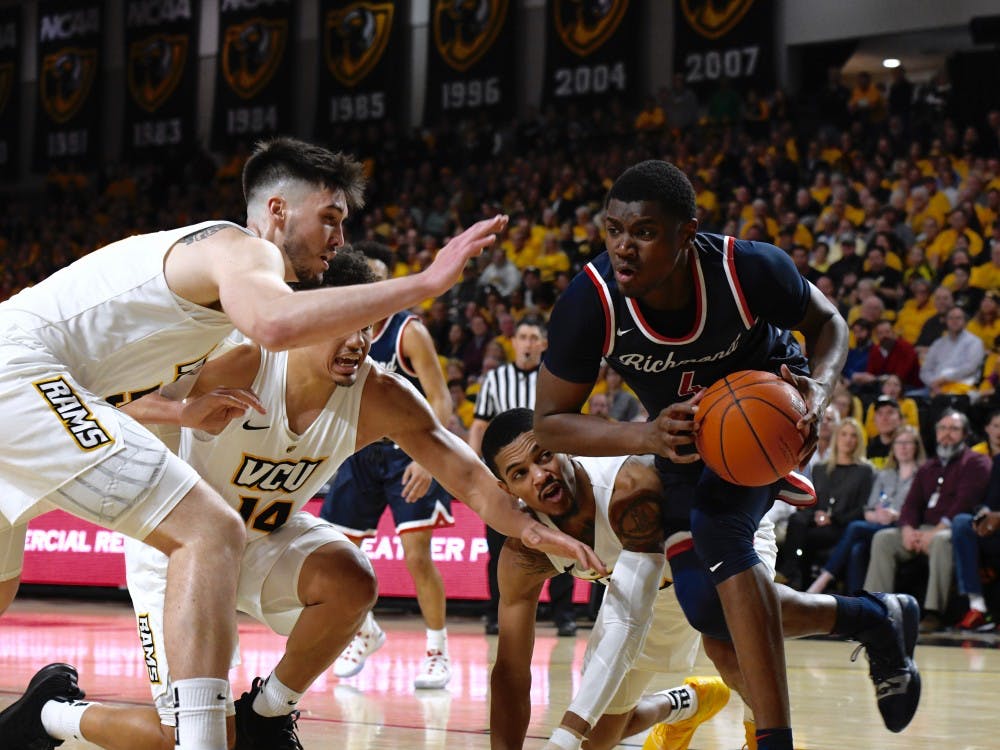 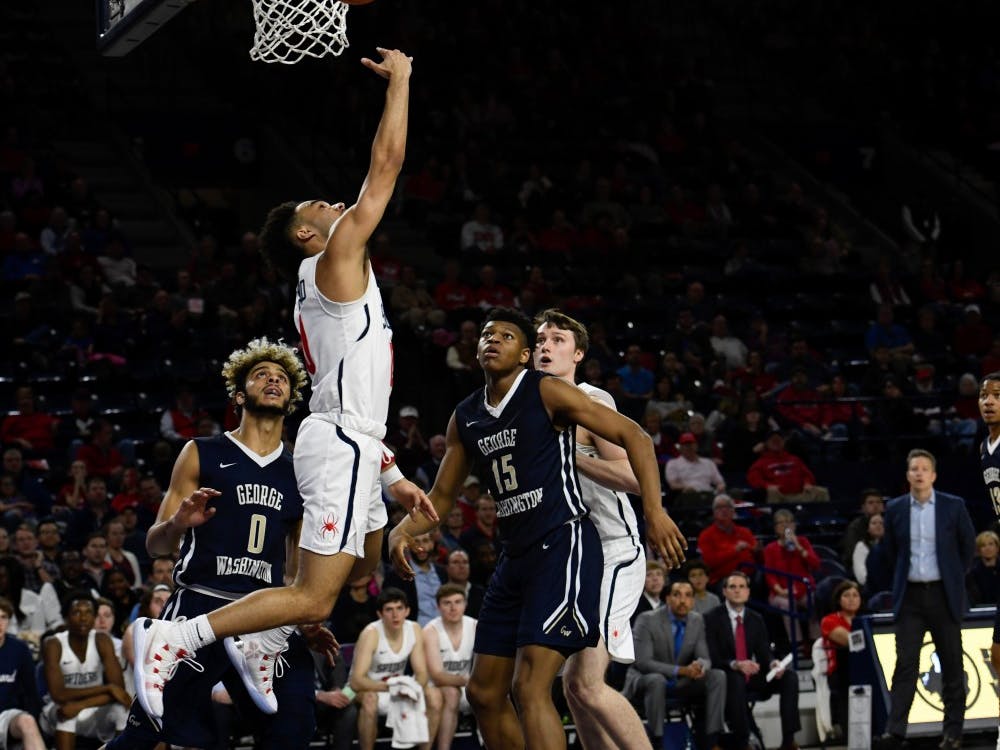 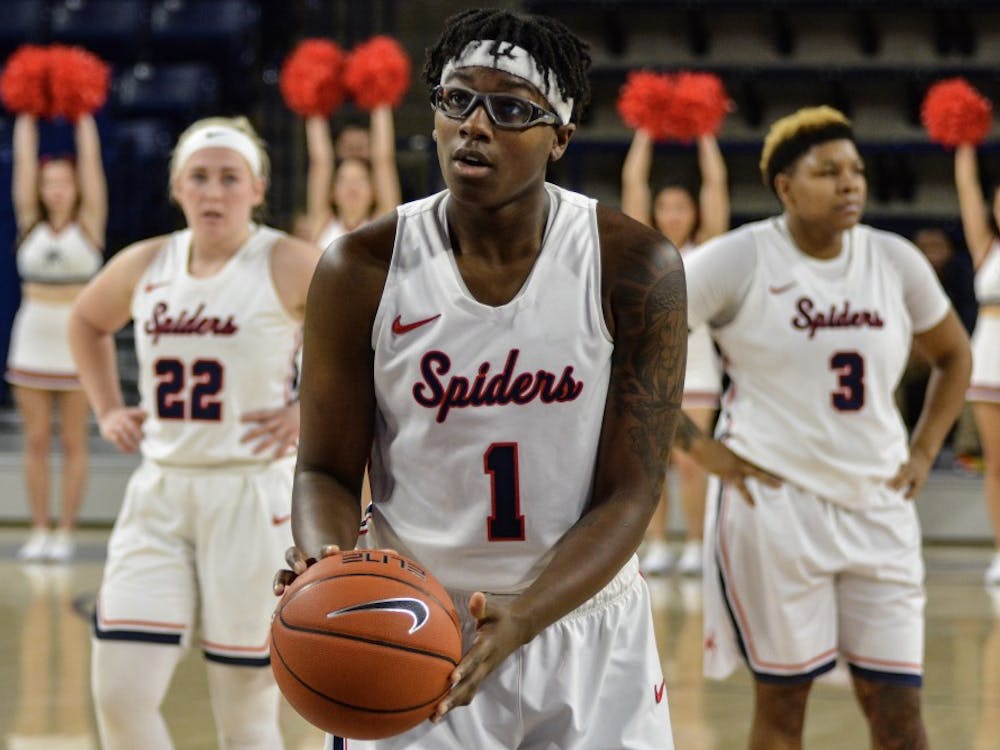 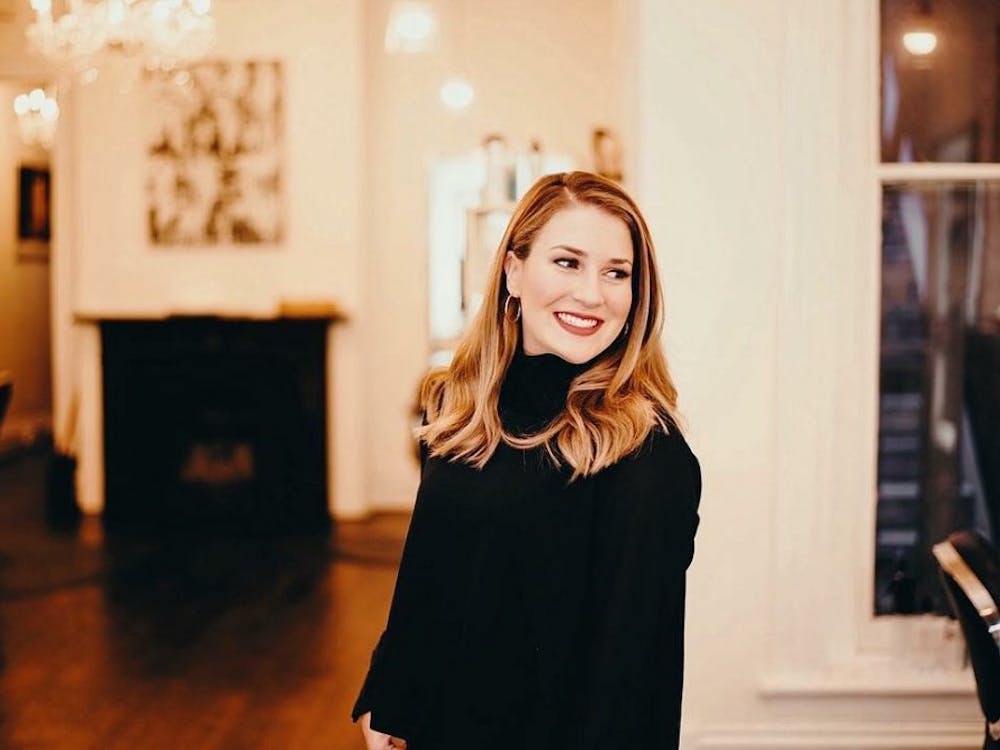 Finding endurance: A senior’s journey to starting her own marketing firm 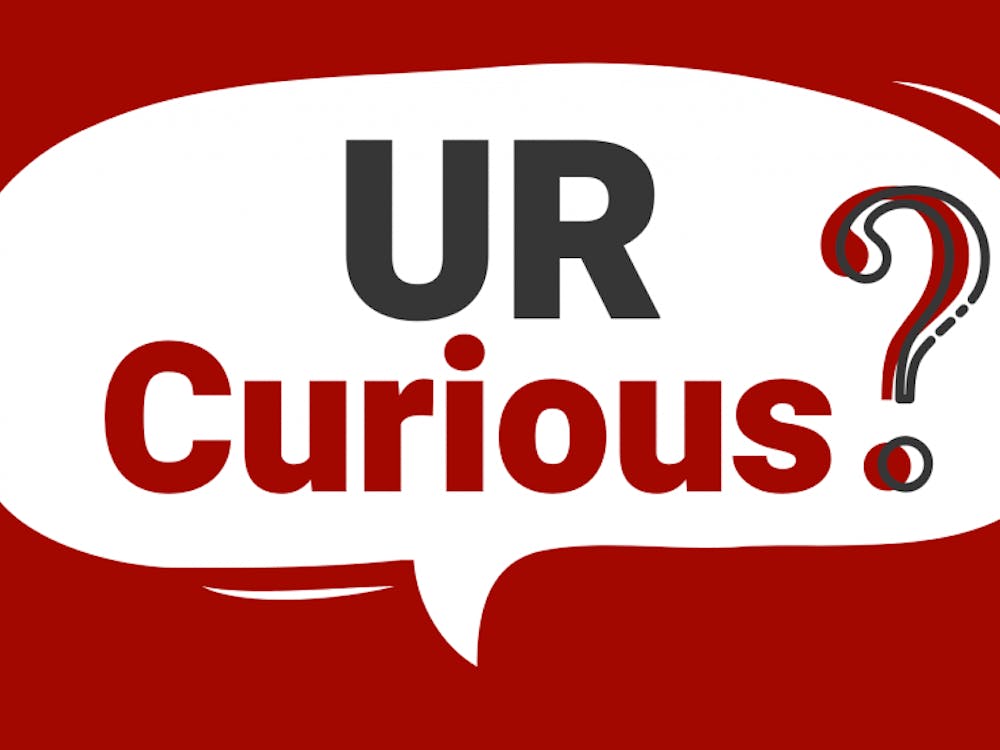 You asked, we answered: Is athletics violating Title IX by double counting the women's track and cross country teams?

The track and field team had a great performance on Sunday to finish in second place at the conference championships.

March 29, four former University of Richmond men's track and field athletes placed in the top ten in Collegiate Running Association's first 10-kilometer Road Race National Championship. CRA is a non-profit organization that hosts championship races in which any runner enrolled in at least one college course in the United States can compete for prize money.

Soccer and track cuts cause alumni donations to decrease

Richmond track and cross country alumnus Jeff Watson, who graduated in 2003, ran in Monday's Boston Marathon and was unharmed despite two explosions near the finish line that killed at least three people and injured hundreds more. "It was pretty surreal," Watson said. 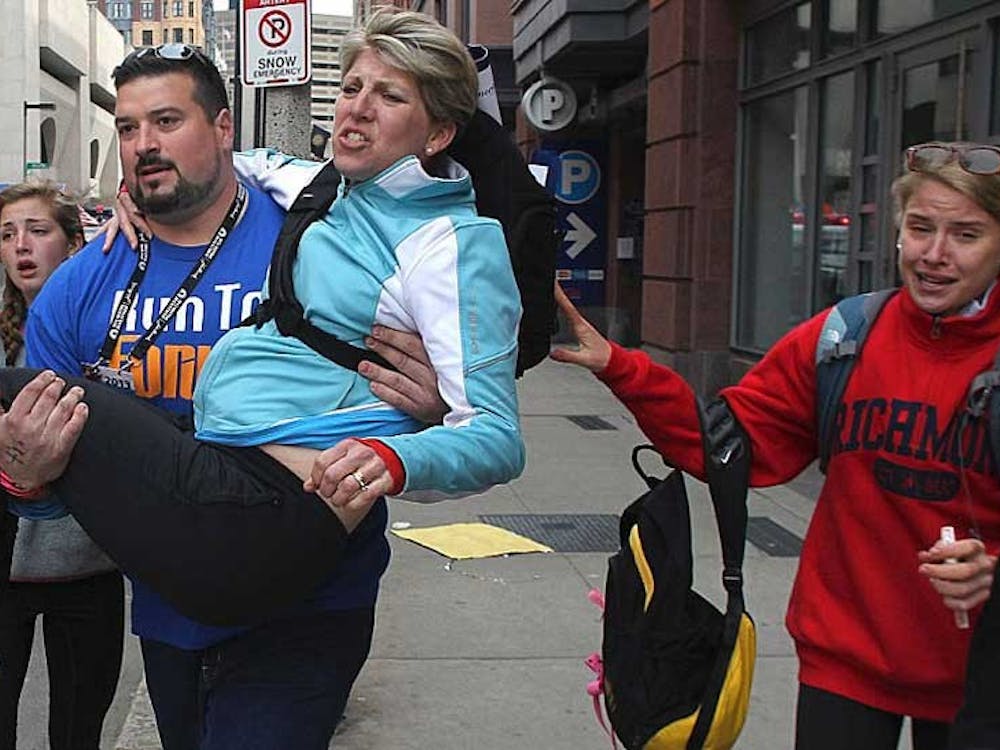 A number of people with University of Richmond track and cross country connections were present either as runners or spectators during Monday's Boston Marathon, where two explosions near the finish line killed at least three and injured hundreds more. The exact number of people with Spider connections is not yet known, but no word of injuries has been reported as of yet, according to Jon Molz, assistant coach for the men's track and cross country programs. 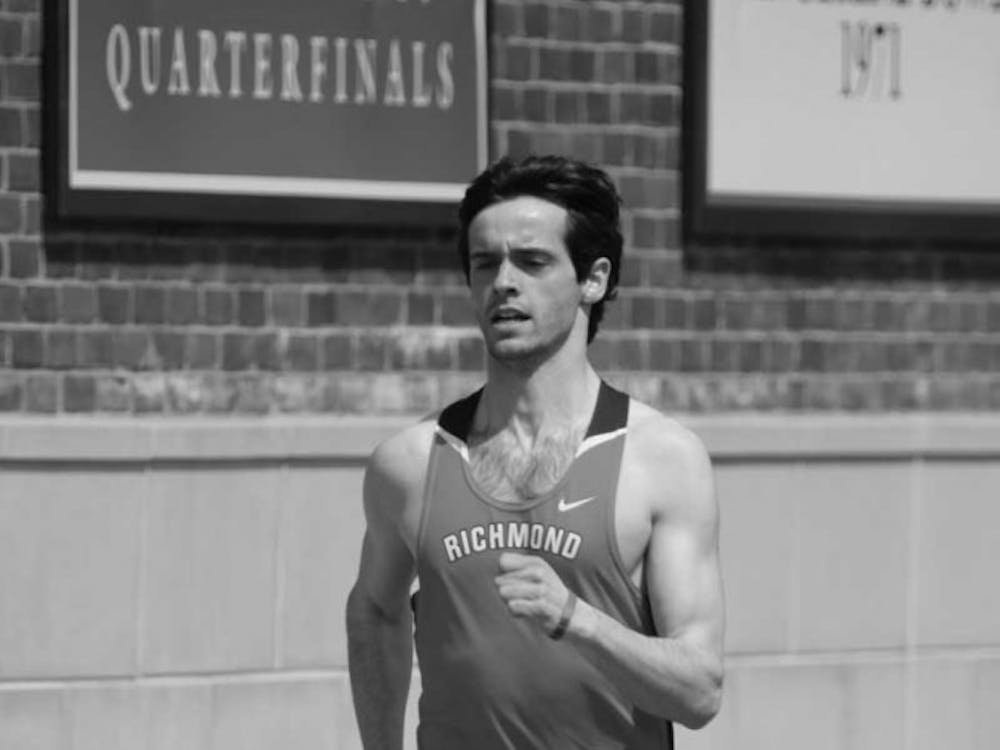 The men's track and field team raced against the dying of the light Friday and Saturday in its final home meet as a program, the eighth annual Fred Hardy Invitational at Robins Stadium. In a meet of more than a dozen colleges and featuring many former Olympians, the Richmond men narrowly missed winning two events: the 3,000 meter and 4-x-800-meter relay. 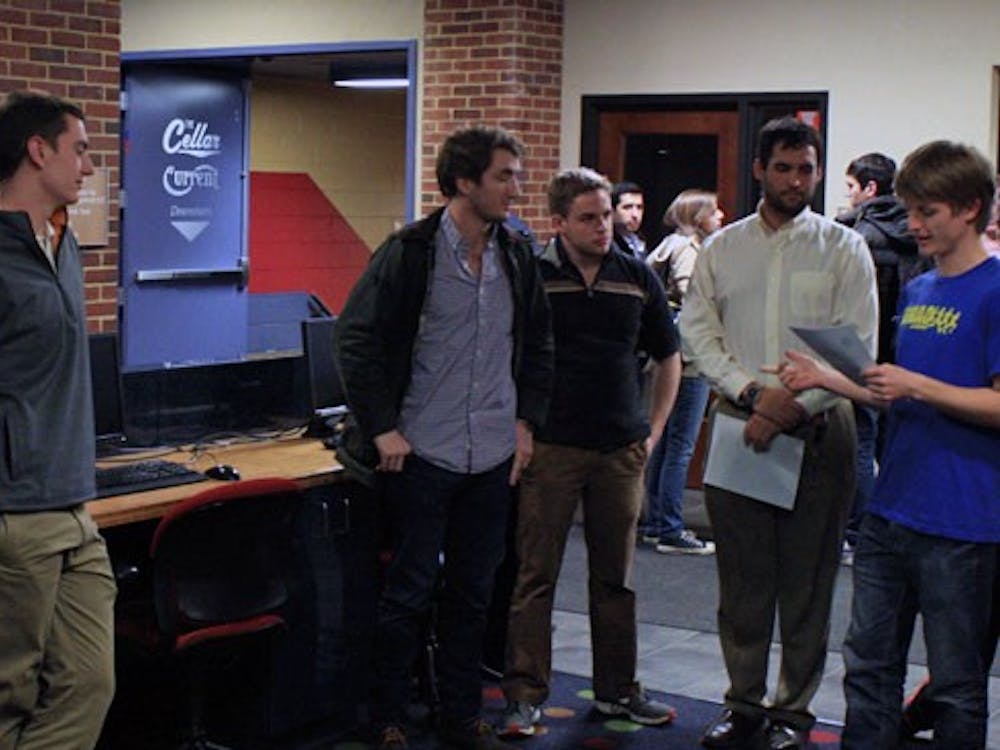 Patrick Love has been elected president of the Richmond College Student Government Association for the 2013-2014 academic year. Love, a junior, defeated his opponent, junior Lucas Virnig, in the March 5 election.

Although the University of Richmond made a decision in the fall to decrease the number of Division I athletic teams it sponsors, it did not adopt a fixed ratio of student-athletes, and the actual percentage of student-athletes is likely to change from year to year, President Edward Ayers wrote in an email to The Collegian last week. Soccer alumnus Scott Byrnes said that this statement contradicted what Ayers had said at the Save Our Sports forum held in September when soccer and track were being dropped and lacrosse was being added as a varsity sport. During the September forum, Ayers and other participants mentioned several times that 13 percent of each incoming class was made up of student-athletes. "The fact is that 13 as a percentage is a large number," Ayers said in September.

Sixty-four roster spots opened after the dismissal of the men's soccer and indoor and outdoor track and field teams last fall.

Imagine running a race, and just after you take off, an opponent spikes you in the back of the ankle, causing you to lose your stride and your heel to pop out of your shoe. Junior Alyson McGonigle and her teammates not only won this race, but helped set a record in it, despite having half a foot in her shoe. McGonigle, seniors Stephanie Paradis and Lydia Morton and sophomore Taylor Clevinger composed one of two successful Richmond women's track relay teams at the Atlantic 10 Indoor Track and Field Championships Friday and Saturday at the University of Rhode Island in Kingston, R.I. McGonigle, Paradis, Morton and Clevinger ran the women's 4-x-800-meter relay in an A-10 record time of 9 minutes, 3.71 seconds on Saturday, beating the former record holder and the second-place Rhode Island team by about four seconds. And if McGonigle had run with both shoes fully on, the Spiders might have won by even more time. When McGonigle was stepped on, she said: "I was trying to get my shoe back on for the first two laps but was unable to, so I had to change my gait and try to just keep it on and keep running." As McGonigle passed her baton to Paradis, the Spiders relay team was in second place, just a few seconds behind the Rhode Island team. "I was able to come back a lot in my last lap," McGonigle said. 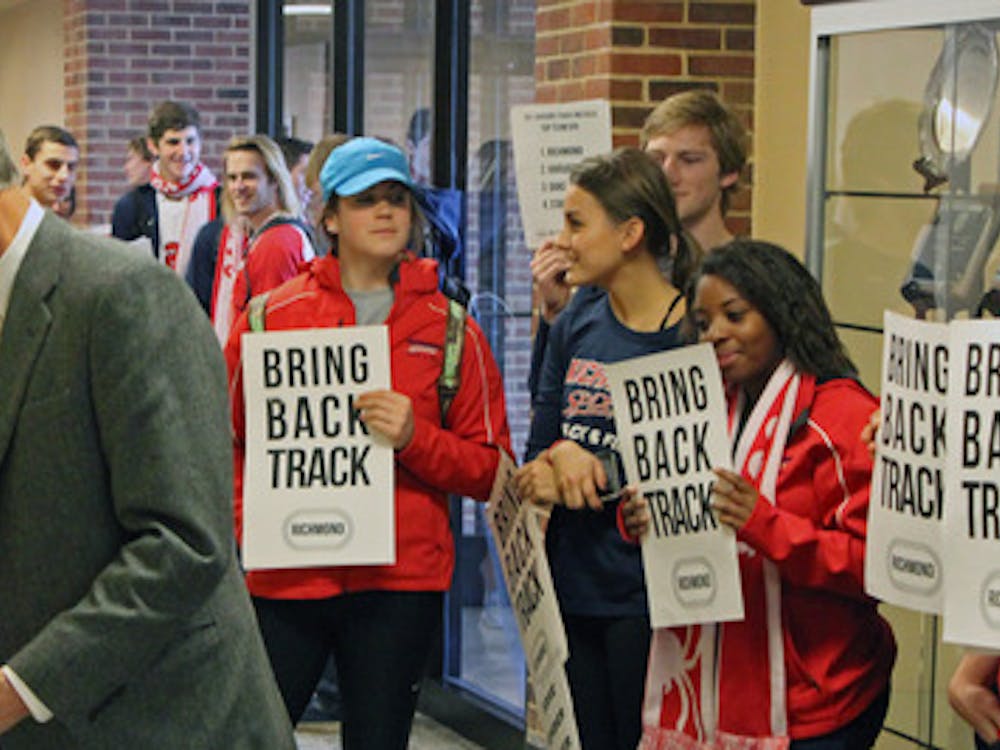 Bobby Ukrop resigns from Board of Trustees

Bobby Ukrop, one of Richmond's largest donors during the past several years, has resigned from the university's Board of Trustees, as first reported by Richmond BizSense. Ukrop, who graduated from UR in 1969, had served on the board for 13 nonconsecutive years before stepping down at the board meeting on Dec.

The Board of Trustees met today at the University of Richmond for its regularly scheduled meeting. 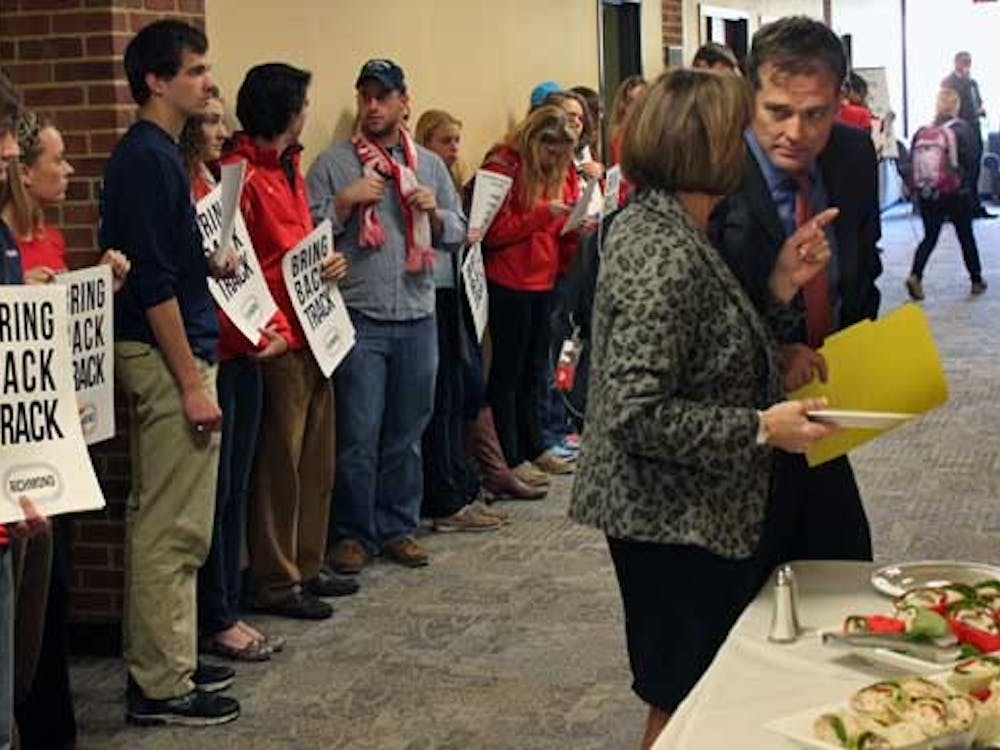 Students protest reconfiguration at Board of Trustees luncheon

The University of Richmond board members were greeted Thursday on the third floor of the Tyler Haynes Commons by wraps, pasta salad, chips, brownies and about 50 students holding signs in support of reinstating the men's track and field and soccer programs. The Board of Trustees members, who made the decision in September to cut the two programs in favor of adding a men's lacrosse team, will meet again tomorrow, where board member Bobby Ukrop will present a case for the teams' reinstatement, said soccer alumnus Bret Myers. Track members originally decided to stage Thursday's protest when a source, who does not want his or her name shared, told the runners where and when the luncheon was taking place, said Kyle Ragan, a senior on the track team. Matthew Groff, a sophomore track member, thought the demonstration went better than expected, he said. "We didn't know how many people were going to come out," he said.