Four students and one professor at the University of Richmond have been awarded Fulbright grants to teach abroad in the countries of Spain, Indonesia, Taiwan and Sierra Leone next year. The four accepted students are: Kyle Bell for Spain, Aaron Daugherty for Indonesia, and John Calhoun and Jill Eisenberg for Taiwan.

Turn the other cheek -- or else!

As students of the University of Richmond, we are generally not surprised when someone accuses the administration of being obtrusively paternalistic.

The Washington Post's Eugene Robinson spoke Wednesday night at the Jepson School of Leadership Studies and addressed the new realities of race and politics since President Obama's election. In his speech, "We're Someplace We've Never Been: Race, Diversity, and the New America," Robinson expressed his amazement about the way President Obama's administration has been discussed in the media just more than two months after his inauguration. "Here we are on April 1," Robinson said, "and I am stunned how little we talk about electing our first black president." The momentous, historic nature of Obama's presidency has been underplayed, considering how little and how briefly the media has discussed what the landmark of change means for the country, he said.

During the past few weeks, rumors have been flying around University of Richmond's campus that the well-known music venue and club, Toad's Place, in Richmond's Shockoe Slip, has been closed down.

Ron George spoke Wednesday night at the Jepson Alumni Center about his daughter's battle with anorexia and bulimia, which led to her death.

Senior to run marathon in honor of friend who cannot

In two and a half months, University of Richmond senior Kate Hudson will fly across the country to San Diego, Calif., to run the Rock 'n' Roll Marathon in honor of the friend she made three years ago when they shared their battles with cancer. In February of her junior year in high school, Hudson was diagnosed with Hodgkin's Lymphoma and fought her way to remission by July 1 of the same year. 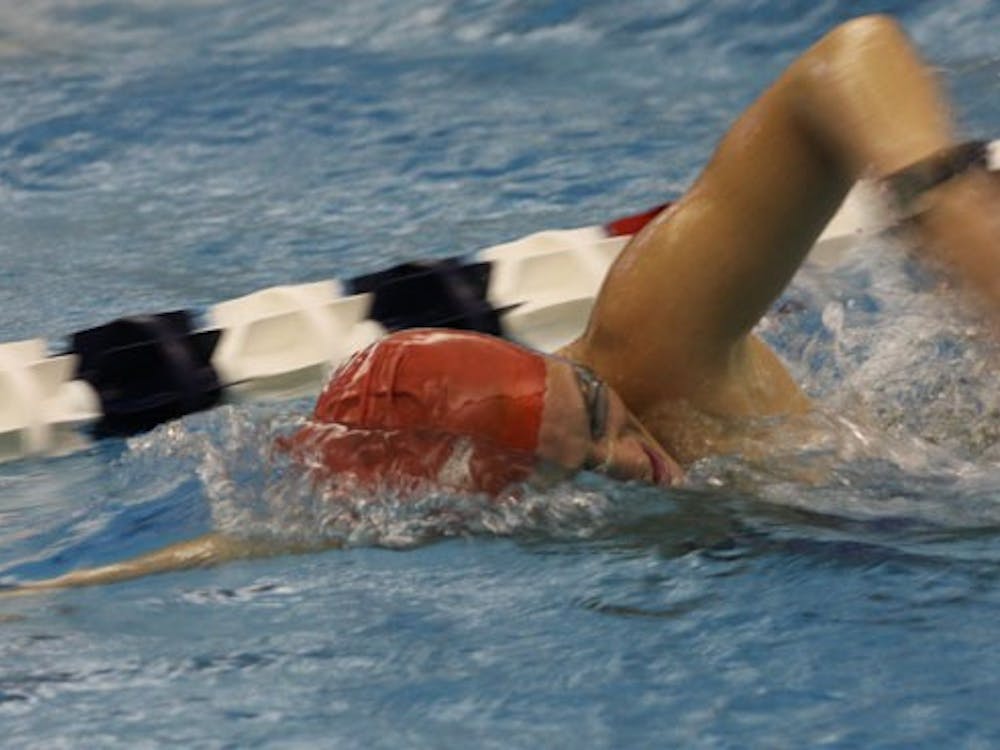 Sisters stick together in the pool and on the hardwood

The University of Richmond's swimming and diving team and women's basketball team don't usually share many similarities, but this year they share something rare. After welcoming their freshmen last fall, both teams have become more like family with a pair of sisters on each of their rosters.

Despite the long list of depressing statistics about job losses and market failures, the early numbers from the Undergraduate Office of Admission at the University of Richmond signal a surprising success. "Our Early Decision numbers were up," said Pamela Spence, dean of admission. Against predictions, applications for the early decision option in November increased by 8 percent with 299 applications, up from 283 last fall. The number of applications received for the early decision option in January matched the number from last year with 92 applications.

It may not look very different, but the Blackboard Learning System was upgraded during winter break. The new version, Blackboard 8, has new capabilities and provides a preview of a transition to Web 2.0 technology for both the University of Richmond and the Blackboard company. "The recent upgrade was not so much glamorous," said Fred Hagemeister, coordinator of Academic Technology Services.