Senior Zhivko Illeieff came back from Spring Break this semester and noticed that there was something different about the University of Richmond.

It is no surprise to anyone who knows Will Daniel that his favorite sport is basketball. Will can be seen at almost every home basketball game, dancing under the basket or sitting in the front row of section 19, supporting the Spiders. Will has been going to basketball games since he was 3 years old, said his father.

Reverend and students celebrate the life of MLK

"Imagine yourself leading a movement that puts you at the forefront of the world." This is what the Rev.

The University of Richmond unveiled its new transportation initiative for students, faculty and staff just in time for the spring semester. The initiative, unveiled Monday, Jan.

WGSS academic chair to be named for WILL founder

The students involved in the Women, Gender and Sexuality Studies program will soon have their own academic chairwoman who will act as director of the program and be able to cross-list his or her classes. The chair will be named in honor of former dean, Stephanie Bennett-Smith, who founded the WILL (Women Involved in Living and Learning) program 30 years ago. The idea of creating a Westhampton chair was first introduced almost a decade ago when current Westhampton College Dean Juliette Landphair came to the university as assistant director of the WILL program. Landphair worked to come up with what she referred to as "the biggest dream world possible" for female students when the idea of an academic chair was proposed.

Trick or Treat Street opens to all university organizations

Last spring, the Student Programming and Events Council (SPEC), along with staff adviser Alison Bartel Keller, began to brainstorm how they would bring the student population of Richmond together in what President Edward Ayers calls a campus unifying event under the University's Strategic Plan. The group, along with seniors Katie Der and Dan Colosimo, came together and decided that Trick or Treat Street would be the perfect venue. 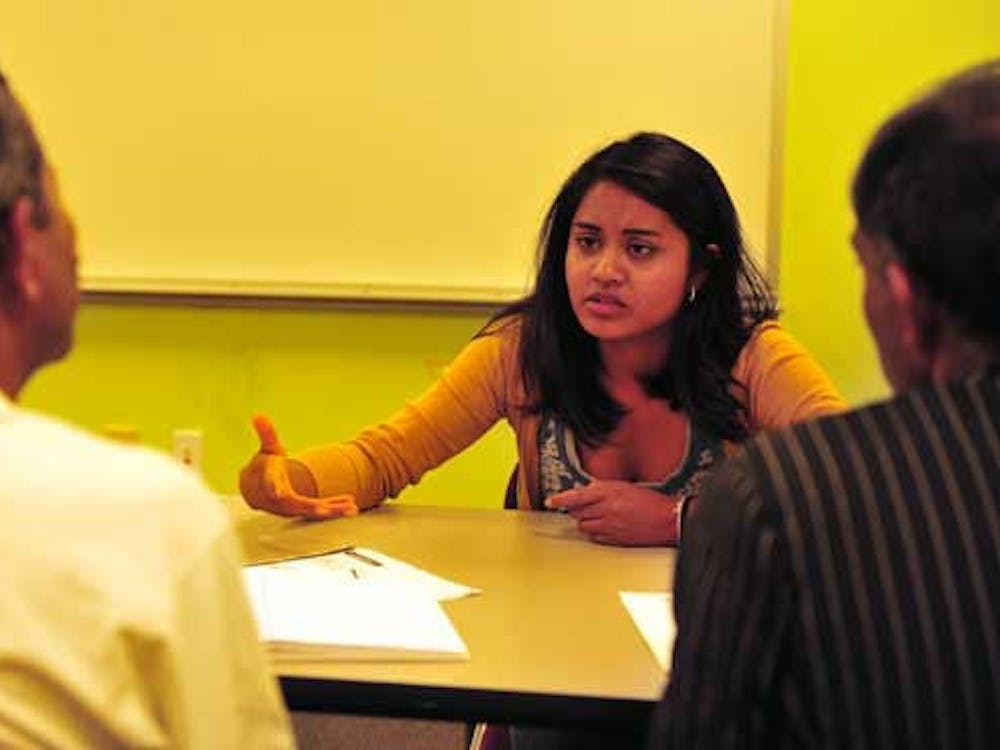 During the summer, a core group of about eight University of Richmond Bonner Scholars came together in order to establish one cohesive English as a Second Language program where students at Richmond could help teach English to members of the community who want to assimilate into society. The idea was presented to the group of students by Kelly Behrend, a 2010 graduate, who thought this would be a great project for the Bonners to undertake. In the beginning, the idea was to unify the three main English as a Second Language, or ESL, groups that were organized by Richmond students.

The University of Richmond men's club lacrosse team will be playing among some of the premier men's club teams in the nation within the next year. The team, which was recently promoted to varsity club status, will officially move from the National College Lacrosse League to the more competitive Men's Collegiate Lacrosse Association (MCLA), which hosts a national championship.

In less than a year, the University of Richmond men's club lacrosse team will be playing among some of the premier men's club teams in the nation, including the University of Michigan, Florida State University and the University of Colorado at Boulder. The team, which was recently promoted to varsity club status, will officially move from the National College Lacrosse League to the more competitive MCLA, the Men's Collegiate Lacrosse Association, which hosts a national championship. Not only did the team receive varsity status, but a full-time head coach was hired earlier this month ? former Ursinus College coach Glen Carter.