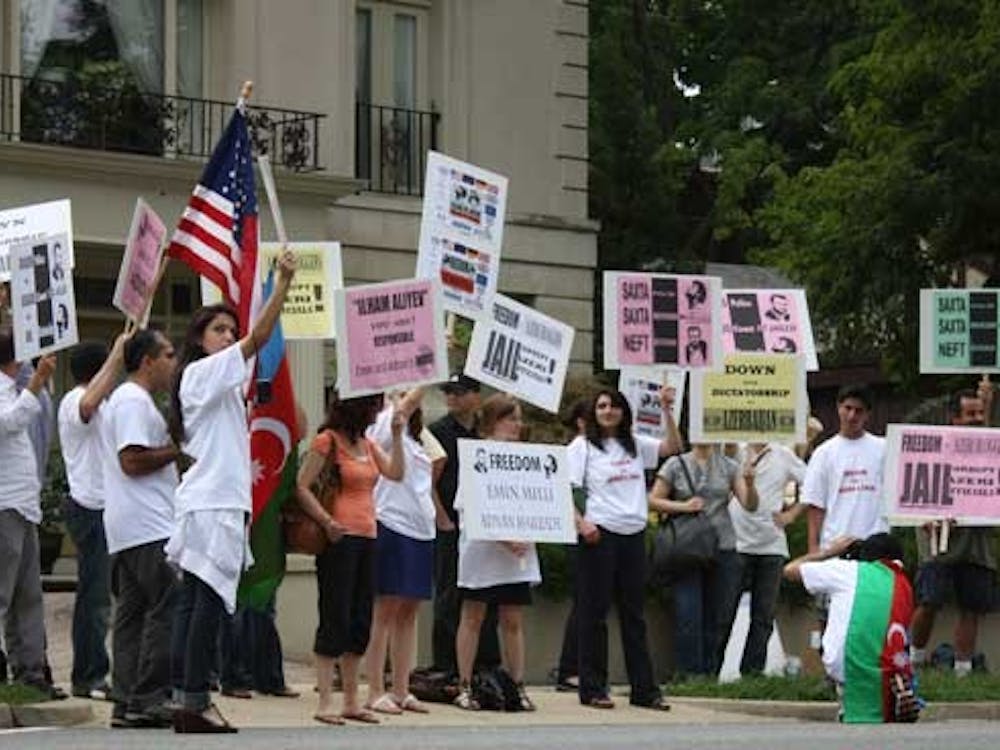 WASHINGTON, D.C. -- Messages of protest have overwhelmed social networking sites following the arrests of activist bloggers Adnan Hajizada and Emin Milli, but Friday the outcries transcended the digital world and arose on the streets outside the Azerbaijani Embassy. Elmar Chakhtakhtinski, organizer of "Rally in support of Adnan Hajizada and Emin Milli" and member of Azerbaijani-Americans for Democracy (AZAD), led a group of roughly 30 protesters, mostly native Azerbaijanis. 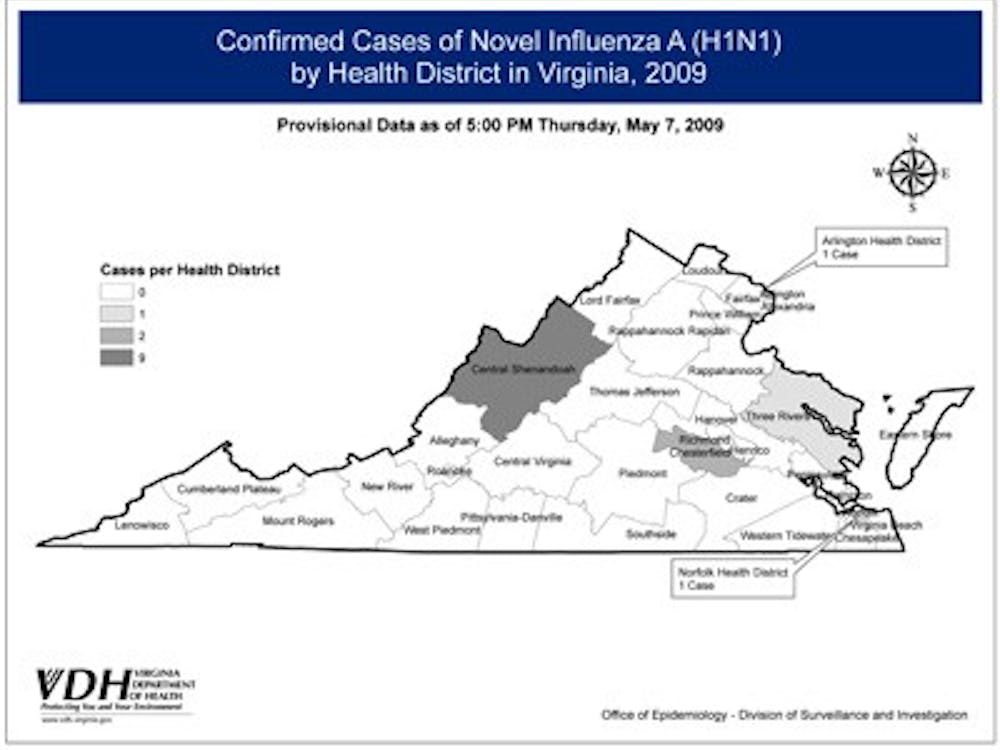 Despite swine flu spread in Va., commencement to continue as planned

PDF Map May 7, 4:58 p.m. -- A University of Richmond student who had developed flu-like symptoms last week has tested negative for all strains of influenza, including H1N1, according to an e-mail from the university communications office. The student is recovering well, and university officials continued to assure the community ahead of Saturday and Sunday's commencement ceremonies that there is no cause for alarm on campus. 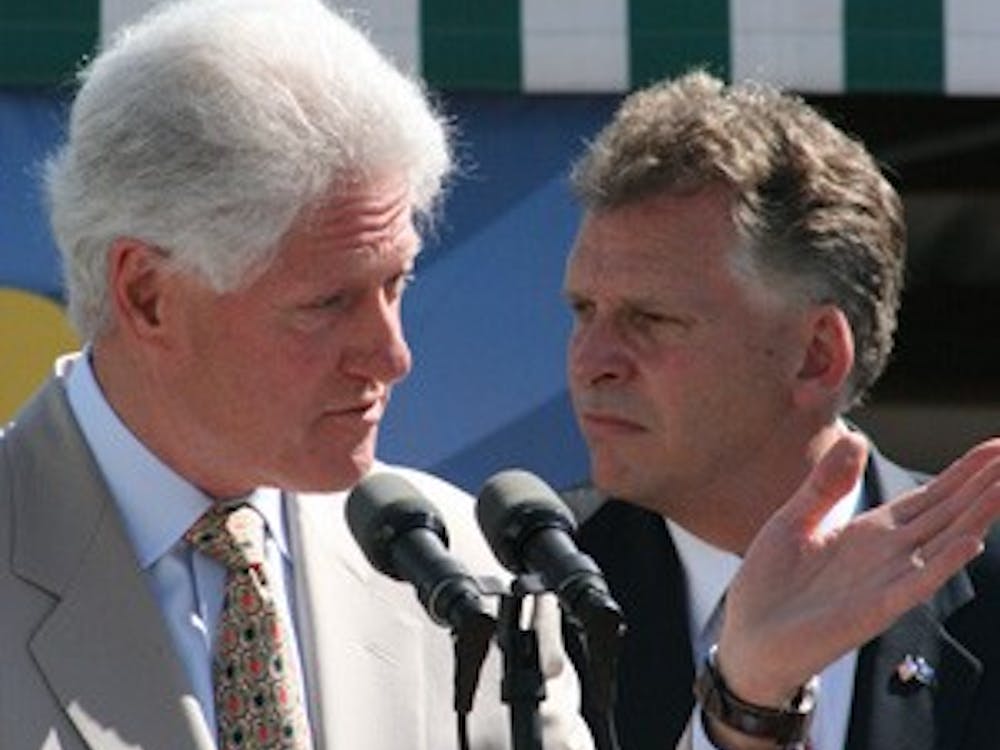 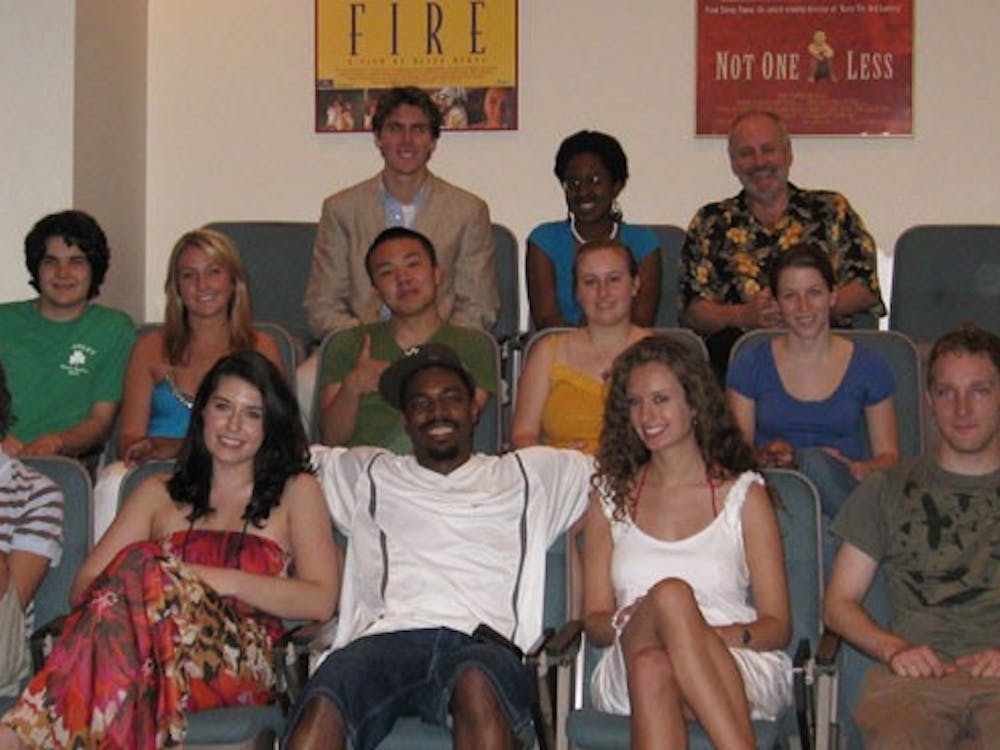 Audience members who attended "UR Doc Fest" followed a poetry slam group as it prepared for nationals, explored the life of a 16-year-old aspiring singer who was homeless and traveled to Burma to visit monks and nuns on their quest to Nirvana. The event premiered three student films at 3 p.m. 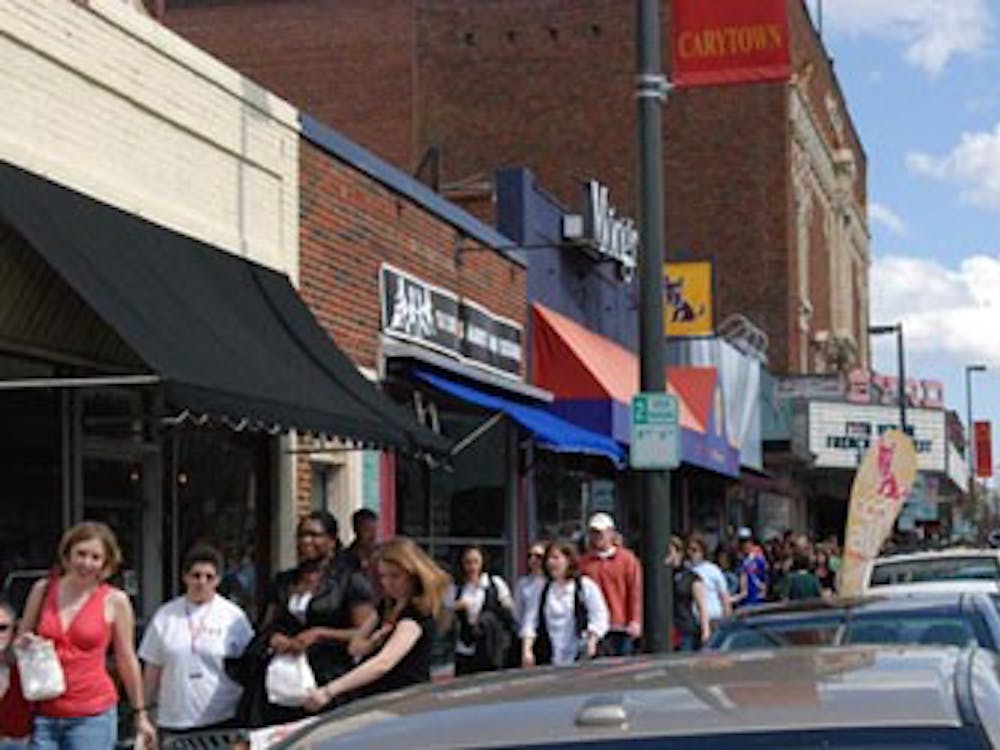 Carytown transformed into a "petit France" March 27 to 29, as French flags lined the street and English and French speakers formed a queue around the block of the Byrd Theatre to attend the 17th annual French Film Festival, presented by Virginia Commonwealth University and the University of Richmond. A delegation of 44 French actors, directors, producers and writers traveled to Richmond to speak on behalf of their work, said Peter Kirkpatrick, associate professor of French at VCU. 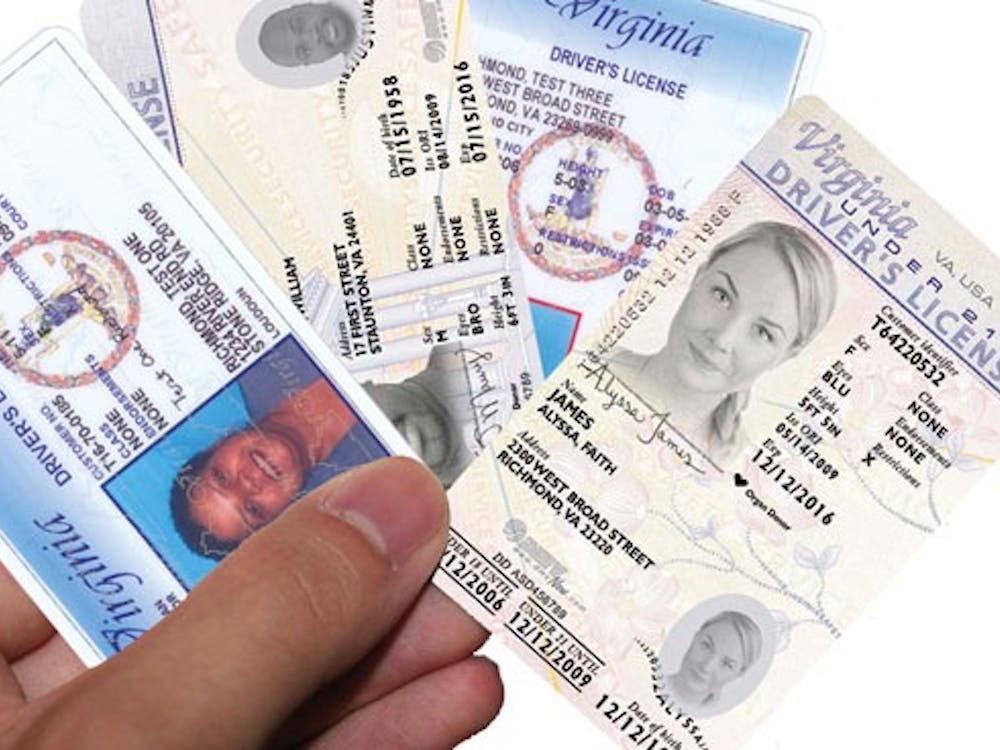 University of Richmond students who have bought alcohol or tobacco with fake Virginia driver's licenses are about to have a harder time getting away with it. For the first time in 10 years, the Virginia Department of Motor Vehicles is redesigning its driver's licenses, a move that will cost Virginia $6.5 million per year and will make the cards almost impossible to counterfeit. The cards were first issued March 24, in Tappahannock, Va.'s, DMV location. 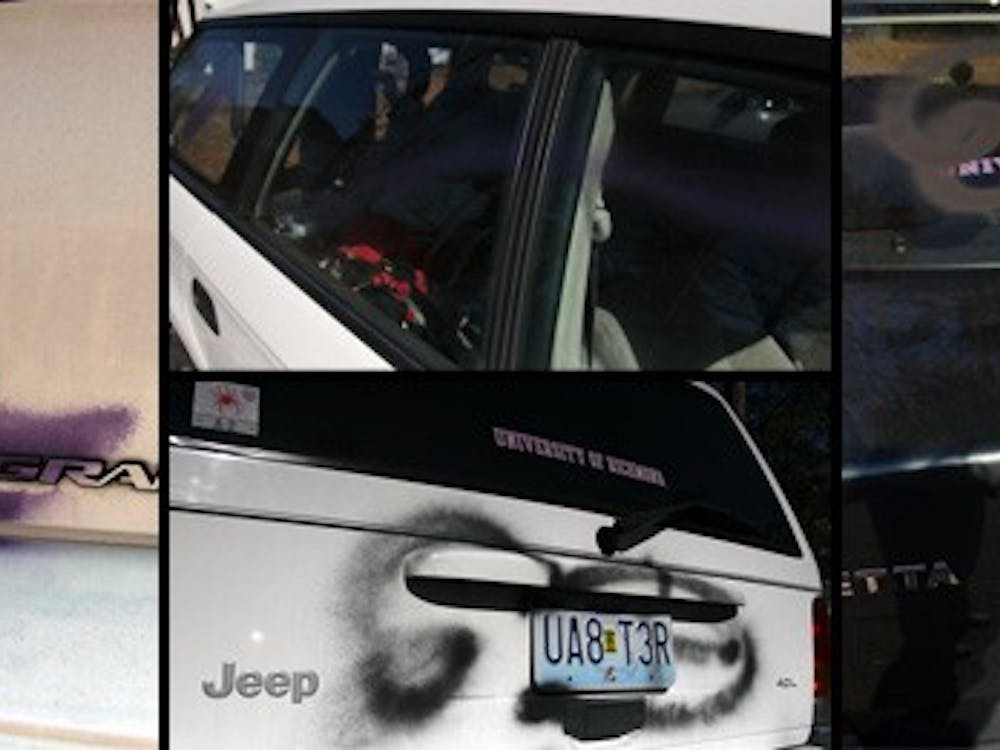 The University of Richmond Police Department expects by the week's end to make arrests in connection with a vandalism spree that targeted the University Forest Apartments, Crenshaw Field and South Court early Saturday morning. The vandalism left 17 cars with spray-painted streaks and, in at least four cases, images of phallic symbols. There was nothing to indicate that the incidents were related, but police have compiled names of people of interest, said Police Capt. 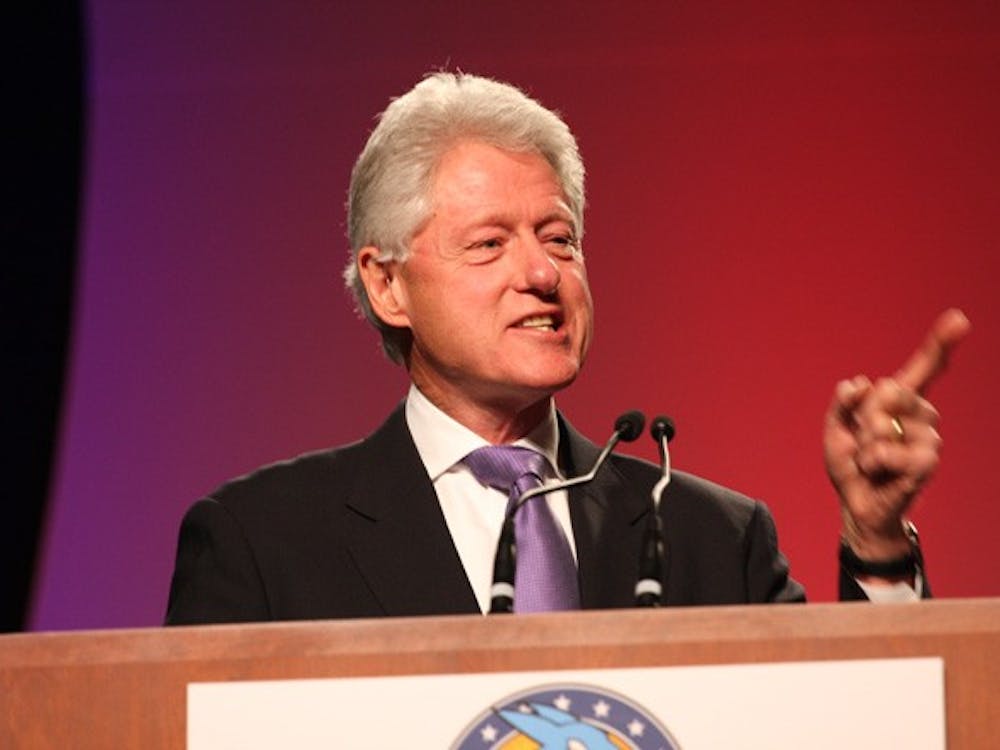 President Barack Obama frees America from the burden of its past and represents the country's future, former President Bill Clinton told the Democratic Party of Virginia at its annual Jefferson-Jackson Dinner. He noted the diversity of the 3,000 guests at the gala, held at the Greater Richmond Convention Center on Feb.