As the spring 2013 semester draws to a close, students consider their options for selling back textbooks. Purchasing textbooks is often a heavy financial burden for students. 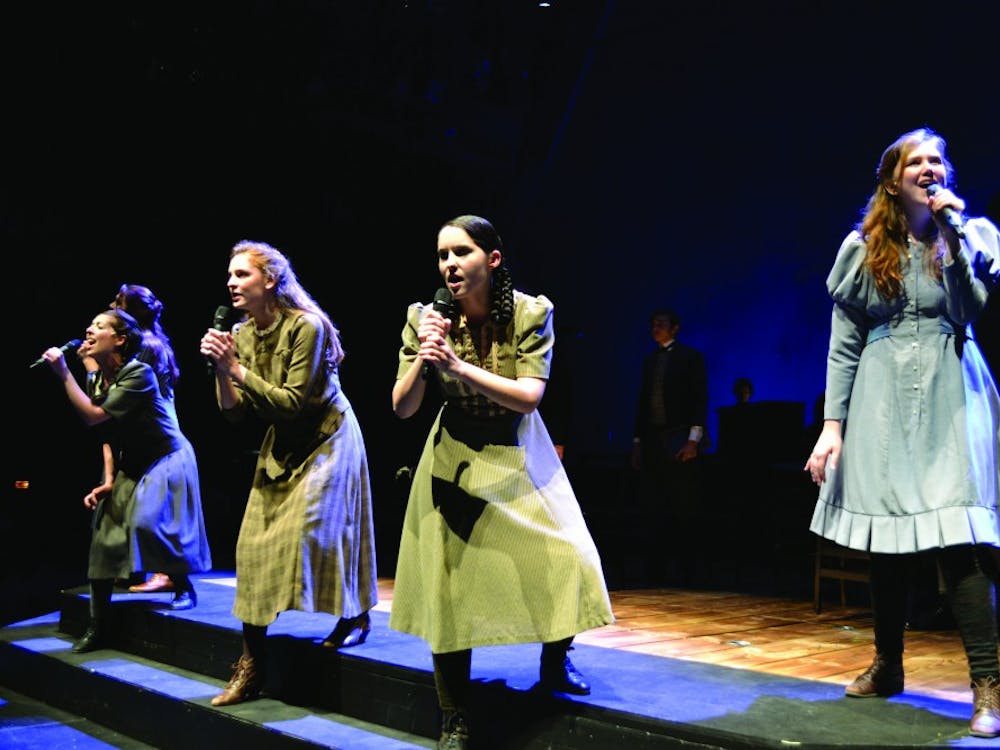 Spring Awakening gets positive reaction from audience and actors

The department of theatre and dance's production of "Spring Awakening" garnered a positive reaction from audience members while presenting artistic challenges for student-actors. "Spring Awakening," which showed five times from Thursday, April 18 to Sunday, April 21, is a Tony Award-winning play about a group of young people growing up in 19th century Germany. 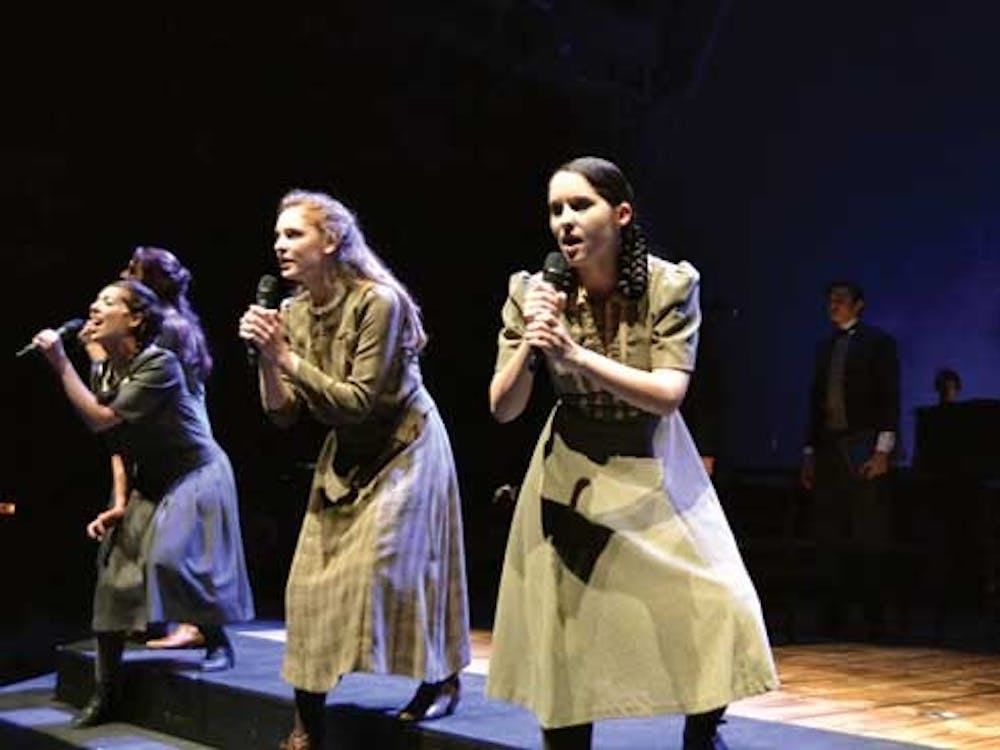 The University of Richmond department of theater and dance is presenting "Spring Awakening," a musical set in late-19th century Germany about teenagers experiencing the tumult that accompanies adolescence. Dorothy Holland, the director of the production, said audiences could expect to laugh, be moved emotionally and be shocked as they viewed the performance.

As sexual assault on college campuses becomes an increasingly relevant national issue, University of Richmond is engaging in new dialogue, pioneering new programs and working to streamline the process of reporting incidents and providing support for victims. University of North Carolina at Chapel Hill, a school of about 18,000 undergraduates just two-and-a-half hours south of Richmond, has become the subject of a federal investigation after reports that the school's administration routinely misreported sexual misconduct complaints and mistreated victims, according to an article in The New York Times. A group of UNC students, alumni and one former faculty member drafted a letter to the U.S.

The Messenger to put out one of its largest editions ever

The 2012-2013 edition of The Messenger, University of Richmond's student-run literary magazine, will be one of the largest editions in the magazine's nearly 100-year history, Rachel Bevels, co-editor-in-chief, said. The newest edition, due April 8, includes 128 pages of submissions, an increase from last year's 80 pages, Bevels said. Bevels, along with co-editor-in-chief Astoria Aviles and the section editors, reviewed each piece of fiction, non-fiction, art and poetry, and accepted about one-third of submissions this year, Bevels said. Bevels and Aviles had the tasks of not only taking over management of The Messenger, but also transforming the brand of the publication into a magazine that would continue to have a presence on Richmond's campus, Bevels said. The 2013 staff worked on creating a new look for the magazine, including a smaller paper size and new fonts and colors, which Bevels said she hoped would remain consistent in coming years. "We want people to see the magazine and say, 'That's The Messenger.

Two University of Richmond students are working to conserve 3,000-year-old mummy Ti-Ameny-Net and its coffin, which will be displayed in North Court's Stuart L.

The Virginia General Assembly has unanimously passed legislation originally submitted six years ago after University of Richmond student De'Nora Hill was stalked and killed by her ex-boyfriend.

Ayers has yet to sign letter to policymakers regarding gun control

Members of College Presidents for Gun Safety, a group formed after the elementary school shootings in Newtown, Conn., in December, published an open letter to U.S.

The Office of International Education staff received 312 applications for more than 75 study abroad programs for the fall 2013 semester. About twice as many students study abroad in the fall semester as in the spring, said Michele Cox, study abroad director. This year's application numbers are near the average from the past three years, with Spain, Italy, the United Kingdom, Denmark and Australia being the destinations that received the most applications. 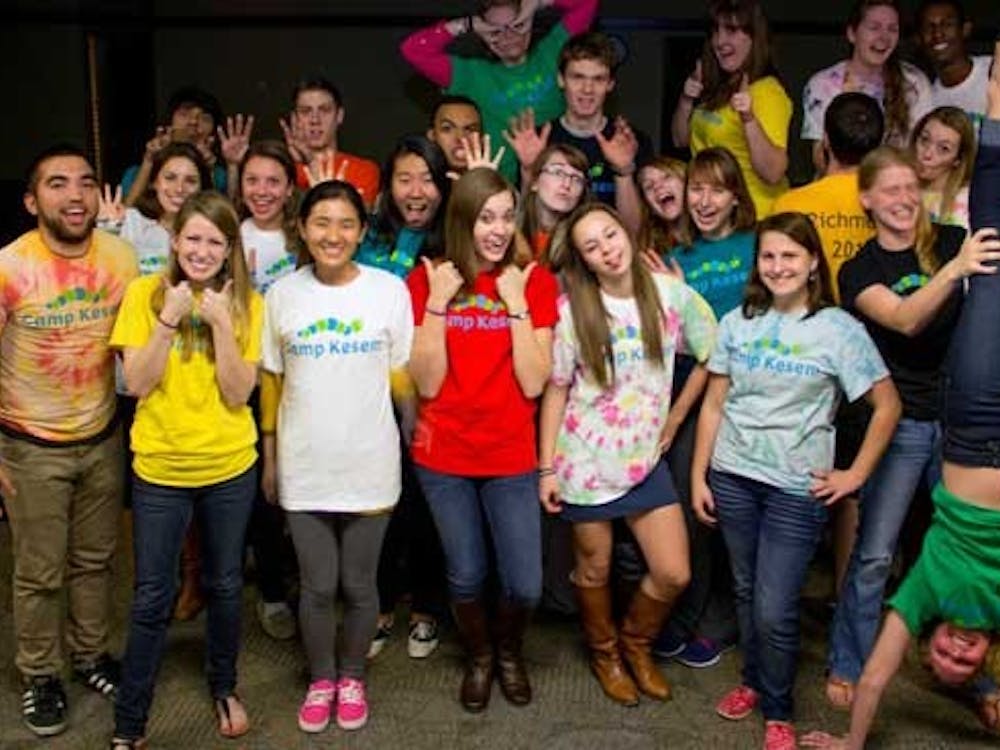 Camp Kesem held "Kesemania," its annual week of fundraising and awareness efforts, this week, with the goal of increasing the number of campers attending the 2013 program, said Samantha Meeker, Camp Kesem co-chairwoman. Camp Kesem, which means "magic" in Hebrew, is a national organization that holds an annual camp for children ages 6-16 whose parents have or have had cancer.