Vice President for Student Development Steve Bisese has been a college administrator for years, and he currently focuses on making University of Richmond students happy inside and outside of the classroom.

There could not be a better job for Bisese, said Ryan Buhl, Richmond College Honor Council chairman.

"His main concern is students on this campus," Buhl said. "I think he does a great job listening to students and trying to make sure that the university is doing everything it can to make its students happy."

As vice president for student development, Bisese is only involved with the Honor Council in an informal role, but still gives the council advice, Buhl said.

Bisese served on the Honor Council at the College of William & Mary when he was an undergraduate.

"He really gets excited about what the Honor Council can do to improve itself," Buhl said. "He always has great ideas and it's always great to meet with him and hear those ideas."

Bisese has served in a number of administrative roles at Richmond - he was the first area coordinator at Richmond, living in Moore Hall, the he left the university in 1992 and came back in 2002 as the Richmond College dean.

"I never left college," he said in reference to his university-centered career path.

With so many students on a small campus, Bisese said he had tried to find ways for everyone to be heard.

Elle Carabetta, Westhampton College Government Association president, said Bisese wanted everybody's student experience to be what they wanted it to be what they imagined.

"We're all very lucky to have incredibly supportive faculty, but if there's one person [that stands out] it's Dr. Bisese," she said. "He really does love what he does and that really shines through."

Bisese makes an effort to get to know as many students as he can. He even eats at the dining hall with his family, Carabetta said.

"He has a personal relationship with all the students he works with," she said. "He's a friend, but you also know he's really trying to do his job."

Bisese sends a survey to freshmen each year, asking whether they are having any trouble and would like to meet with him. He also invites different student organizations to meet with him and has a few groups to his home each semester, he said.

"I probably enjoy what I do as much because of the trouble I had in school adjusting," Bisese said. "I think of that when working with students."

Bisese is the direct superviser of the Richmond and Westhampton College deans. Richmond College Dean, Joe Boehman, said he interacted with Bisese frequently at work as well as outside of work. They have meetings, stop by each other's offices and their families even get together, especially during football season, Boehman said.

"He's one of the most energetic individuals I've ever met," Boehman said. "To me, he's the chief student affairs officer. He makes sure students are happy outside of the classroom as well as in it. I think he does a good job of that."

The general student body may not know who Bisese is, but the students who do get to know him are pleased they had the opportunity, Boehman said.

"He's likeable and easy-going, but at the same time he will challenge you," Boehman said.

Bisese's most-recent projects have included work on the Career Development Center, the Weinstein Center for Recreation and Wellness, living and learning programs, the ropes course, the renovation of Freeman Hall and the game room in the Tyler Haynes Commons.

The effort of which Bisese is most proud was beginning with a few Living and Learning programs, introducing faculty to the programs and having it become a full-blown Sophomore Scholars in Residence program, he said.

The worst part of his job is seeing students make decisions that hurt them, he said.

"No matter how hard we plan or what programs we have in place, there are those students that just make poor decisions that affect their life here and in the future," he said.

Bisese is married and has two daughters, an 8-year-old and an 11-year-old. He loves thoroughbred horse racing and has been to 32 race tracks across the nation, he said.

"He can talk for hours, but I love that about him," Carabetta said.

Boehman agreed, saying that shortly after coming to the university, he saw Bisese in the recreation center and they had an informal conversation.

"He was on a treadmill and he almost fell off saying hi to me," Boehman said. "He's a little bit of a klutz."

Bisese said he planed to keep serving Richmond students in the future.

"I want to continue to be an advocate for us returning to the renovation policy," Bisese said. "I'd also like to continue to be a leader in helping to plan and implement any student life related items in the Richmond Promise, and I want to spend as much time as I can working individually with students." 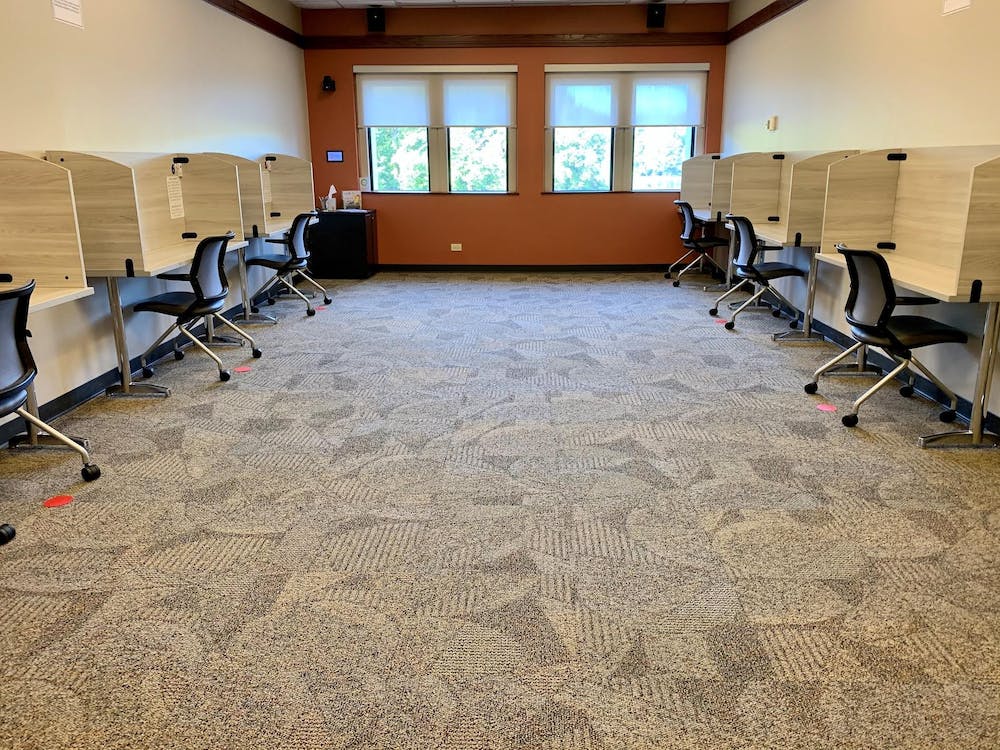