Students looking for summer internships or abroad experiences might be able to get the best of both.

The University of Richmond's international internship programs range from five to eight weeks in length and are open to current and recently graduated students.

Annie Jove, a junior history major, said it was a good idea to make friends with people from whichever country one was working in to enhance the internship experience.

Being around Richmond people all the time was the antithesis of what studying or working abroad was meant to be, she said.

Anglo American Education Services is one of the companies with which Richmond partners to bring custom-designed international internship opportunities to students.

Non-Richmond students who are currently attending other colleges and universities in the United States are also eligible for participation, Onsanit said.

Academic credit is possible for students enrolled at Richmond if arranged with a Richmond faculty member prior to departure for the summer internship, she said.

The number of programs has expanded over the years, Onsanit said. In 2000, the only program was in London.

"The potential for the programs to expand even more depends on the amount of participation we get from students in the programs we already have," Onsanit said. "But recently we've been seeing a drop in the number of students going."

As a student who experienced an internship abroad through one of Richmond's programs firsthand, Jove said she wasn't particularly impressed with Anglo American Education Services in that "they weren't very organized."

It also seemed like certain internships through the AAES program provided more opportunities for students than others, which was unfortunate, Jove said.

Jove, who worked as a steward during her time at the Palace Library, was initially given menial tasks to do such as making sure no one stole books from the library, she said, but "within three days I was promoted to general manager." After that, she was assigned to do a lot of marketing projects for the exhibit.

Mary Morgan, a senior rhetoric and communication studies major at Richmond, also studied abroad in London during the summer of 2009. Morgan was offered an internship at a publishing company called Student Recruitment Media (SR Media).

Its six student magazines are domestic to the United Kingdom as well as international with a combined print and electronic annual distribution of more than 4 million.

"I wrote witty and informational articles for the magazines on a wide range of topics," Morgan said. "I found working with SR Media to be extremely rewarding and was given a lot of room for creativity, both in suggesting topics and my writing style."

Morgan said she spent most of her time with the four other Richmond interns that she lived with.

"Our time there was pretty independent of Richmond as far as administration goes," she said. "We weren't checked up on at all, weren't expected to go on pre-planned trips and were left to make all of our own decisions."

Students typically have positive things to say about their time abroad, including that their internships are very hands-on and provide a substantial amount of work experience, Onsanit said. Students make connections and learn how to network, which is extremely valuable, she said.

The majority of students who used to participate in the Richmond summer internship abroad programs were business majors, Onsanit said. Now, more and more students from other departments such as international studies and art history are applying, she said.

A factor that often comes into play when deciding to apply for an internship abroad is cost, Onsanit said, since the internships are unpaid.

Onsanit's advice to students was: "Don't let the cost deter you. Like any abroad experience, if you save and plan, you can make it happen. The benefit of going abroad is being a part of another culture - another work culture."

Aside from cost, language can also be a factor in the application process, she said. There are language proficiency requirements for students wanting to participate in the programs in Mexico and Germany.

The descriptions for each individual program on the University of Richmond website are as follows:

AUSTRALIA - Spend eight weeks working in either Sydney or Brisbane, Australia. Professional development internships are custom-designed based on the student's interests and educational experience.

ENGLAND - Anglo American Education Services, our service provider in London, has been placing students in internships in major political, financial, cultural and historic institutions for over 15 years.

GERMANY - A vibrant European capital, Berlin offers opportunities for internships through Studienforum Berlin in a variety of fields. Students will work for six weeks in May and June at a placement site under the supervision of a native German speaker. For an additional cost, students have the option of staying in Berlin to participate in the UR language and culture summer study abroad program.

MEXICO - Instituto Tecnologico y de Estudios Superiores de Monterrey (ITESM) is one of the most prominent education centers in Latin America and a UR exchange institution for study abroad. ITESM has been accredited by SACS since 1950. ITESM is located in Monterrey, a business and commercial center that is Mexico's third largest city. Monterrey has more colleges, universities and technology institutes than any other Mexican city.

Some students choose their country of interest based on their department of study while others choose a country based on a personal interest in that particular country, Onsanit said.

"We work with students to help create the best situation for them," she said. 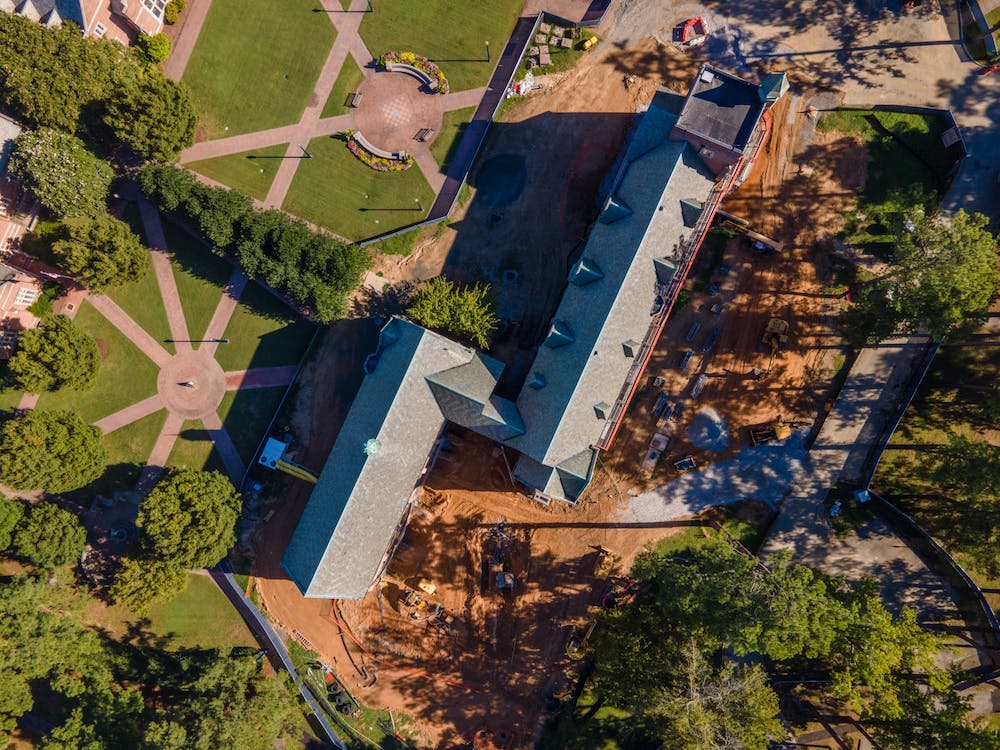