University of Richmond already has one rock star alumnus, Lumineers singer Wesley Schultz, but She's a Legend's Alex McDilda, Richmond College '14, and Camden Cantwell, RC '13, may not be far behind. The band's first album, "Flight Patterns and Fistfights," came out last month, and is available on iTunes, Spotify and the band's website.

"I think people are going to be surprised at what they hear," McDilda said during an interview prior to the album's release. "Flight Patterns and Fistfights" is organized thematically, with its 10 songs punctuated by three poems composed and read by drummer Kramer Anderson.

The songs progress in roughly the order they were written, McDilda said. She's a Legend's musical style blends the pop-punk sensibilities of McDilda, the band's singer and rhythm guitarist, with classic rock-style lead guitar and intense, prog-rock drums. The album's first song, "Lakeside," is the first song McDilda ever wrote with She's a Legend guitarist Sean Flynn when they played together in their band, Grace Kelly, in high school.

Fans of the band will recognize other old favorites, including "Back to the Future," a song about growing up, and "All in All," a tale of a broken heart broken from cheating. The album's later compositions, including "Knives," "Ana Luiz" and "A Fire in the Pasture," are more complex, both structurally and lyrically.

She's a Legend almost ended before this album was released. An international studies major, McDilda studied abroad in Brazil and originally planned to seek a career in U.S. Foreign Service. "It's hard to balance real life and being in a band," he said.

After some soul searching this past summer, McDilda decided to devote the foreseeable future to working for a Charlottesville-based music management firm and to She's a Legend. "I knew that I've always wanted to be in music."

Cantwell joined She's a Legend last month, replacing the band's previous bassist. Cantwell wouldn't mind making a career out of his new band, he said. "It's like a dream," Cantwell said. "I wouldn't mind performing every night for the rest of my life."

Since relaunching, She's a Legend has played gigs in Richmond, Roanoke and Nashville, Tennessee. More performances are in the works, McDilda said, and much more music will be on the way.

"We're excited to see what the next step is."

UR professors recognized as Outstanding Faculty 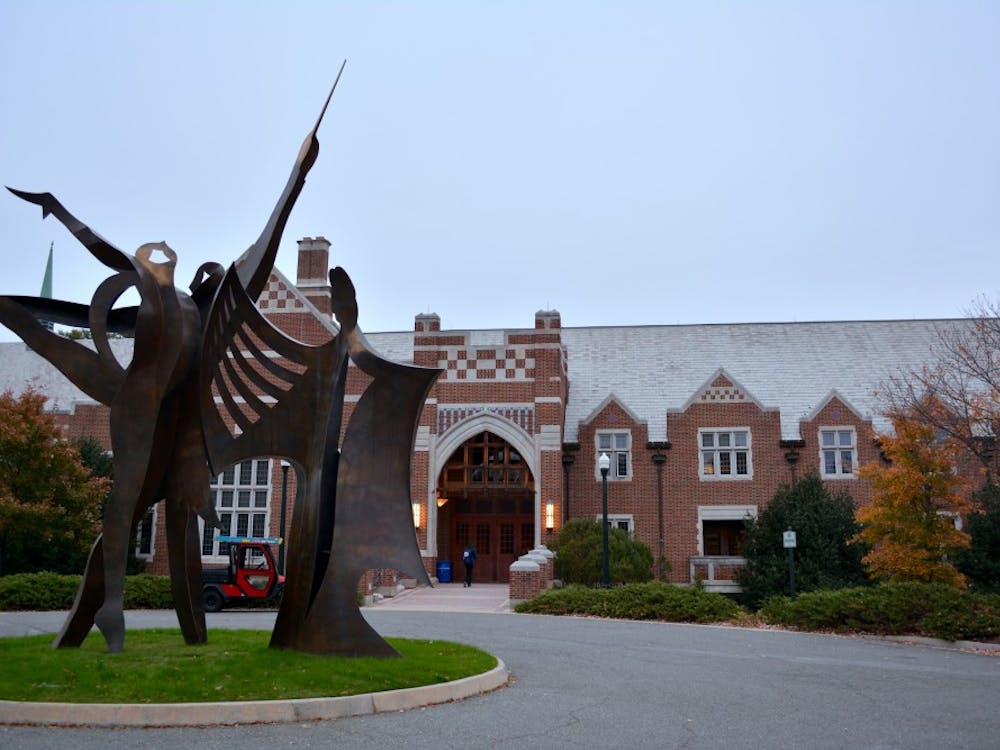