The University of Richmond used over $4 million it received from the past two rounds of government stimulus to increase some students’ need-based aid and buy COVID-19 tests and equipment, said David Hale, executive vice president and chief operating officer.

Although UR had not received formal notice regarding the most recent stimulus that President Joe Biden signed into law on March 11, the university expects to receive funds, Hale said.

Biden’s COVID-19 relief bill designates $40 billion to universities across the United States and recommends schools use half of the funds they receive to give need-based financial aid to students.

The stimulus prioritizes universities with endowments less than $1 million, but UR, which has an approximately $2.5 billion endowment, nonetheless expects to receive some funding, Hale said.

School officials have not yet received any formal communications about the amount of funds or guidelines for how the money can be spent, but UR expects the amount to be larger than the amount received from Coronavirus Aid, Relief and Economic Security Act (CARES) I and II, Hale said.

Previous federal stimuli for higher education allocated a total of $14 billion and $23 billion, respectively, according to the Center for American Progress. Funding decisions from the first stimulus, the CARES Act, were based on factors such as how many of the schools’ students qualify for Pell Grants.

The CARES Act supplied about $2.4 million to UR last spring, Hale said.

UR received over $3.4 million from CARES II, which was passed at the end of 2020, but was only able to use about $1.7 million of those funds because of an endowment tax, Hale said. The endowment tax is a 1.4% tax on net investment income for schools with endowments of more than $500,000 in assets for each student are subject to this tax, according to Insider Higher Education.

In both CARES acts, UR distributed $1.2 million to students who qualified for need-based aid, Hale said.

The remaining funds -- $1.2 million from CARES Act I and $500,000 from CARES Act II -- were used to offset COVID-19 costs, Hale wrote in an email to the Collegian on March 22. The money for students from CARES II should be going out soon, Hale said.

About $1 million has been spent on rental units, such as the white tents used for outdoor dining and classes and the portable classrooms on the Richmond College tennis courts, Hale said. Classroom and software technology necessary for hybrid and remote classes are another notable cost, he said.

The spending required by the COVID-19 pandemic caused widespread budget cuts across the university, Hale said.

Principal budget cuts included freezing all salaries, cutting salaries of the most highly compensated university leaders, a hiring freeze and 10% cuts to the operating budgets of every school and division, Hale said. Hale defined the operating budget as all costs unrelated to labor.

Some expenses, such as travel, naturally decreased because of the pandemic and associated safety restrictions, Hale said.

With these saving strategies and help from federal funding, UR should be able to absorb the vast majority of expenses in this year’s budget, Hale said.

But despite UR’s comfortable financial situation, with enrollment down in the year before the pandemic in comparison to enrollment three to four years leading up to the pandemic, the school did see a decrease in revenue this year, Hale said.

The number of traditional undergraduates enrolled on campus increased slightly this year because study abroad was canceled, but tuition revenue declined because the number of on-campus students in addition to those studying abroad declined in fall 2020, Hale wrote in an email to The Collegian on March 22.

Spending extra funds in the endowment would be one of the last options for UR to consider, Hale said. Drawing from the endowment is “taking money from future generations,” he said.

Although spending from the endowment would come under consideration in dire circumstances, it would still be one of the last options, Hale said. Further, half of the endowment is already designated to support scholarship funds or other investments and is therefore off-limits, he said.

The school used 5% of its endowment for the current academic year, which is not an unusual draw from the endowment, Hale said. UR usually spends between 4.75% and 5% each year, he said. The school has followed a board of trustees-approved COVID-19 spending guidelines this year, Hale said. 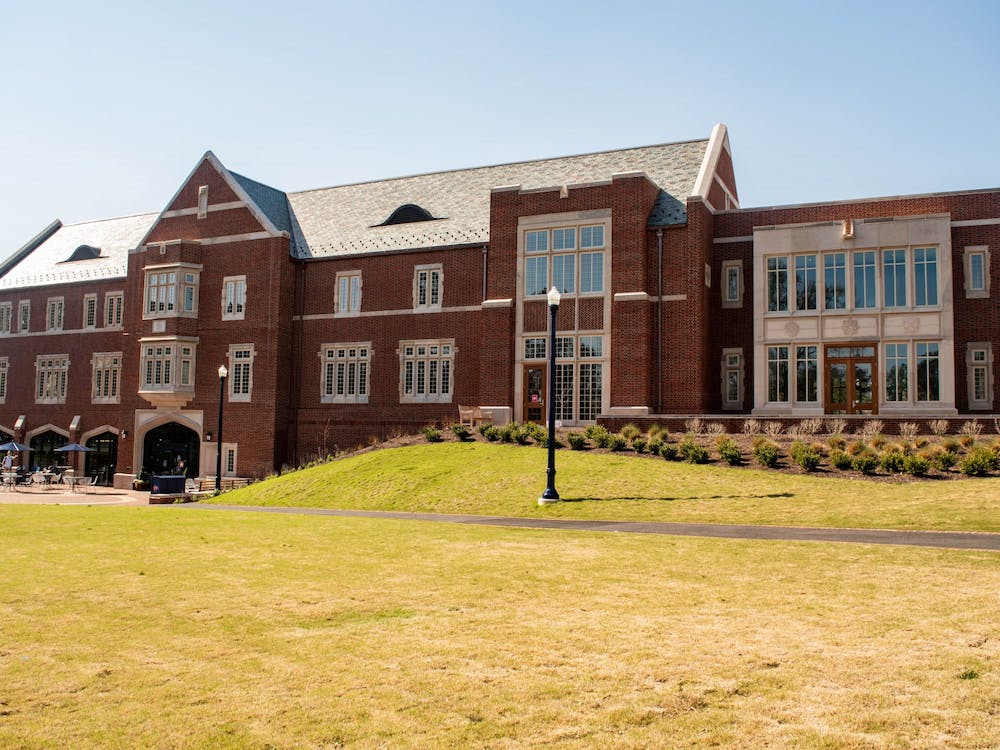 How COVID-19, Flu, and RSV will impact the semester