On Friday night, an algorithm created by a social initiative called the Marriage Pact matched around 300 University of Richmond students with a potential romantic or platonic partner based on compatible values.

Originally created by Stanford graduate Liam McGregor, the Richmond Marriage Pact announced its arrival at UR through the creation of an Instagram account that followed students by the hundreds.

The Collegian was unable to get in contact with McGregor for comment on the social initiative coming to UR.

The account is run by UR students, who asked to remain anonymous.

“We want to remain anonymous because who we are personally has nothing to do with the goals and purpose of the Marriage Pact,” the owners of the account wrote in a message to The Collegian. “Marriage Pact is its own company; we are not employees. As students we are ‘experts’ on the campus culture. We help them tailor their marketing materials to Richmond, but it’s ultimately their show.”

The owners of the account created a 50-question survey for students with the help of the Marriage Pact headquarters. The survey covered a spread of personal details about the students, including their political affiliations, religious beliefs and social opinions.

The questionnaire came in two parts, the first focusing on basic information, such as major and political affiliation. The second part, being an opinion-focused section, asked students to rank their opinions on topics of politics, sex and gender on a scale of how much they agree or disagree with a statement.

Sophomore Kaitlyn O’Leary said the questions in the questionnaire had factored in many of her values she looked for in a new friend or romantic interest.

“A lot of the questions asked things that -- depending on the answer -- would probably make or break my compatibility with someone, so it seems like it could potentially pair people up who would be a good match,” O’Leary said. “However, that's definitely limited by how many people participate.”

Sophomore Evan Wladkowski said he found the questions engaging and important to who he viewed as a potential romantic interest.

“I feel like the questions asked were very relevant to what the Marriage Pact said that they were going to do,” Wladkowski said.

All results of the questionnaire remain confidential, as specified under the Marriage Pact’s policies and procedures.

“The specifics of the matches such as the sexual orientation of people matched is completely confidential,” the owners of the account said. “We don’t have access to individual responses; all data is stored and analyzed for matches on the Marriage Pact cloud. We have no access to it and nothing to do with that aspect of the process.

“We also signed NDAs; we can’t disclose any information about the responses or the Marriage Pact and their proprietary process.”

The owners of the account said they had been inspired to bring the Marriage Pact to UR after seeing a high school classmate promote the initiative at Washington and Lee University in early March.

“It’s been to around 50 other campuses and has been extremely successful, especially at smaller schools like ours,”  the owners said. “The Washington and Lee Marriage Pact got over half of the student body to sign up.”

After a short vetting process, UR was selected to be a campus partner for the initiative, the owners of the account said.

Following approval, the UR Marriage Pact formed a dedicated launch team to undergo training by the Marriage Pact headquarters and assist in creating the questionnaire, the owners of the account said.

“It took us about three weeks to get everything done,” the owners said.

With the COVID-19 pandemic creating numerous obstacles for social interaction, O’Leary saw the social initiative as an opportunity to make up for lost time.

“COVID has made it really difficult to meet new people,” O’Leary said. “For example, it’s even hard to meet people in class because we are so far apart with masks and stuff. The Marriage Pact will probably help some new people meet, but I think it would have been more effective if they had released it before finals week.”

O’Leary said her interest in the Marriage Pact had partially stemmed from her childhood.

“I signed up after someone sent me an email telling me to and I was curious to see who I would be paired up with,” O’Leary said. “It also reminded me of that Zoey 101 episode with this exact premise, and I remember thinking that episode was so cool.”

The account owners said 310 students had signed up for the survey within the first 24 hours of its launch. According to an email sent by the account on Wednesday, 599 people had signed up in total, but 137 more heterosexual women signed up than heterosexual men, so some students ended up on a waitlist unable to find their partner.

Because of this, some heterosexual women were paired with a new person the algorithm determined would be a successful friendship.

“We hope people will take the initiative once matches are sent out to reach out to their match and make a new guy or girl friend and see where it goes from there,” the owners of the account said.

Results of the Marriage Pact have come with mixed reactions from students. The Marriage Pact sent out emails on Friday night with students' individual matches and the compatibility percentage between the two matched students created by its algorithm.

“My match was 99.78% compatible,” Wladkowski said. “I didn’t already know the person when I saw my result, but it gives me someone new to meet, which is exciting.”

O’Leary had a more disappointing response to her result, she said, despite her compatibility percentage of 99.63%.

“I matched with someone who I know could not be more opposite to my political beliefs,” O’Leary said. “Which is really frustrating when I indicated on the survey that it was important my partner and I share the same views on politics.”

Scott Allison, professor of psychology, said he was skeptical about the success of the Marriage Pact’s initiative.

“The idea that there is one, single person who is a soulmate for us seems to be rampant in our population,” Allison said. “It appears to be a myth, however. It turns out that the best predictor of who we become romantically involved with is not whether they are a soulmate or not, but whether they live near us or whether we see them frequently.

“That’s not terribly romantic, for sure, but it is a pragmatic approach to romance.”

The Marriage Pact account owners remain optimistic about the results of the social initiative, they said.

“We hope new relationships come about as a result of the initiative,” the owners said. “Whether that’s romantic or otherwise.”

By Corinne Flaherty | 5 days ago 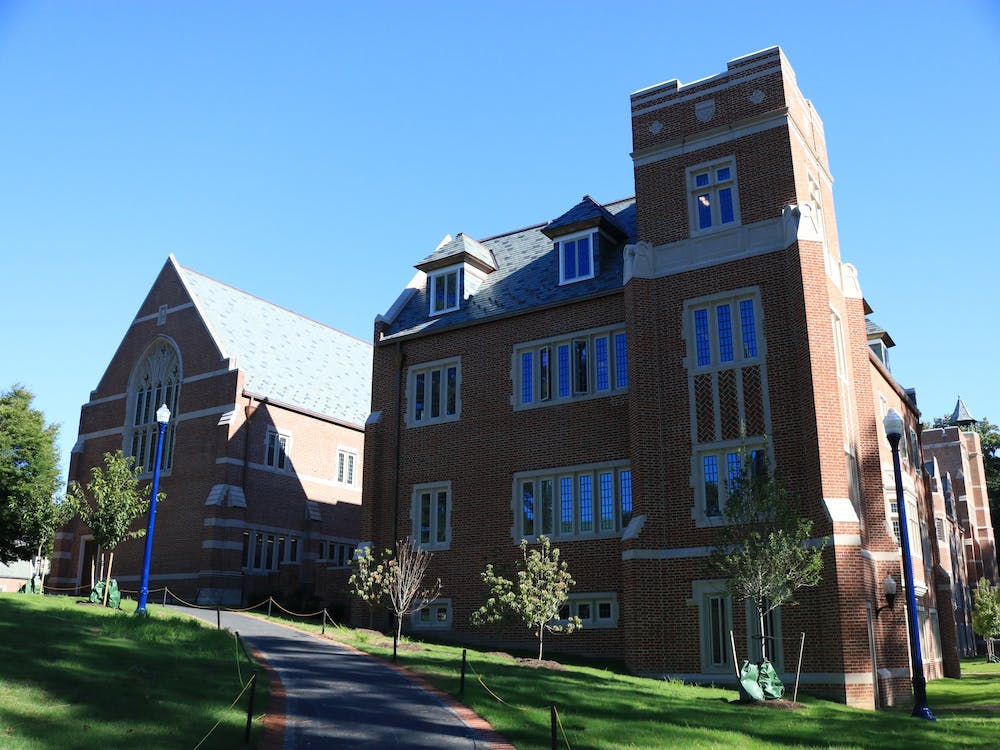