The University of Richmond field hockey team fought hard against Wake Forest University, but fell short. Senior midfielder Lindsey Frank scored the Spiders’ first goal at the start of the second quarter. Junior forward Madi Hyatt and junior midfielder Alexandria Lavelle both scored in the fourth quarter, tying the game 3-3. Ultimately, the Demon Deacons were able to score a goal off of a penalty stroke, beating the Spiders. Senior midfielder Tess Keppel had a career-high two defensive saves during this game.

Field hockey secured a win against Davidson College at home. Junior forward Stevie Drum, scored the first goal of the game during the second quarter, giving UR a 1-0 lead. During the third quarter, Hyatt scored a goal, and in the fourth quarter, senior midfielder Regan McCrossan put up two goals. The Wildcats were only able to get off six shots, with only two being on goal.

The soccer team played against St. Joseph’s University, which resulted in a 0-0 draw. The Spiders only allowed the Hawks to get one shot off in the first half, with junior goalkeeper Taylor Montague saving two more shots in the second half, and junior defender Casey Merz making a block.

The men’s golf team tied its lowest score in program history at the Virginia Commonwealth University Shootout. The team finished 24 under par, collectively shooting a score of 840. The Spiders shot 10 under par in round three and 11 under par in round two, making this the first time they have shot 10 under or better in multiple rounds of the same event. Senior Ben Cooper had his first top-10 finish of his career, shooting a 67 and finishing at 206 (-10).

The women’s golf team set records at the College of William and Mary Fall Invitational. First-year  Hannah Lydic set an individual scoring record shooting a 205 (11 under par) while the team set a record for a single event shooting 877 (13 over par) in the 54-hole total. Lydic was the first to win an event with over 60 competitors since Elsa Diaz in 2017. The Spiders tied with Elon University for first in the 10 team field, leading to a three-player sudden death tie breaker in which the Spiders finished runner-up. Junior Rory Weinfurther shot a 2-under-70 and finished in fourth place at even par, having the fourth lowest score in a tournament in program history.

The women’s golf team competed in The Pennsylvania State University’s Nittany Lion Invitational, where Lydic finished runner up, and the team finished fifth out of 16 teams. Lydic shot 4-under-68 and first-year Olivia Wilkie shot a 75 (plus 3), marking her season best. The team’s score was 894 (+30). Weinfurther shot a 220 (+4), and had the third-most pars (38) of any golfer in the field.

The men’s cross country team traveled to the Navy Invitational where it finished third in the 4.9 mile race. Junior Stuart Terrill led the Spiders, running a 23:56.2 for fifth place. In the open 5k, first-year  Jade Mawn came in first place running a 16:06.8.

The women’s cross country team traveled to the Navy Invitational where it finished runner-up in the 6k. Two Spiders finished in the top five, sophomore Madison Trippett running a 21:49.0 for third place, and junior Elizabeth Stockman running a 21:59.2 for fifth place. In the open 5k, sophomore Emily Rzucidlo came in first, running a 20:51.4, and freshman Caroline Donohoe finished second behind Rzucidlo running a 20:55.7.

The women’s tennis team competed in singles and doubles at the Elon University Fall Invitational. Junior Leonor Oliveira fell to her opponent from East Tennessee State University, and was eliminated from the singles tournament. Senior Andrea Campodonico and Oliveira were unable to defeat their opponents from Elon, eliminating them from the doubles tournament.

The Spiders defeated Lehigh University 30-6 while on the road on Saturday. Graduate quarterback Reece Udinski completed 37 of his 44 passes, finishing with 351 passing yards and two touchdowns. The Spiders’ offense had a lot of receptions, with graduate wide receiver Leroy Henley achieving a career-high nine receptions and a touchdown. Redshirt sophomore Connor Deveney scored a touchdown in the third quarter. The Spiders’ defense was able to hold off the Mountain Hawks and only allow one touchdown. Redshirt junior Marlem Louis had two sacks, and redshirt senior Ray Eldridge and redshirt first-year Matei Fitz both had their first sacks of the year. Sophomore Bryson Parker caught an interception and redshirt senior Tyrek Funderburk forced a fumble from Lehigh. 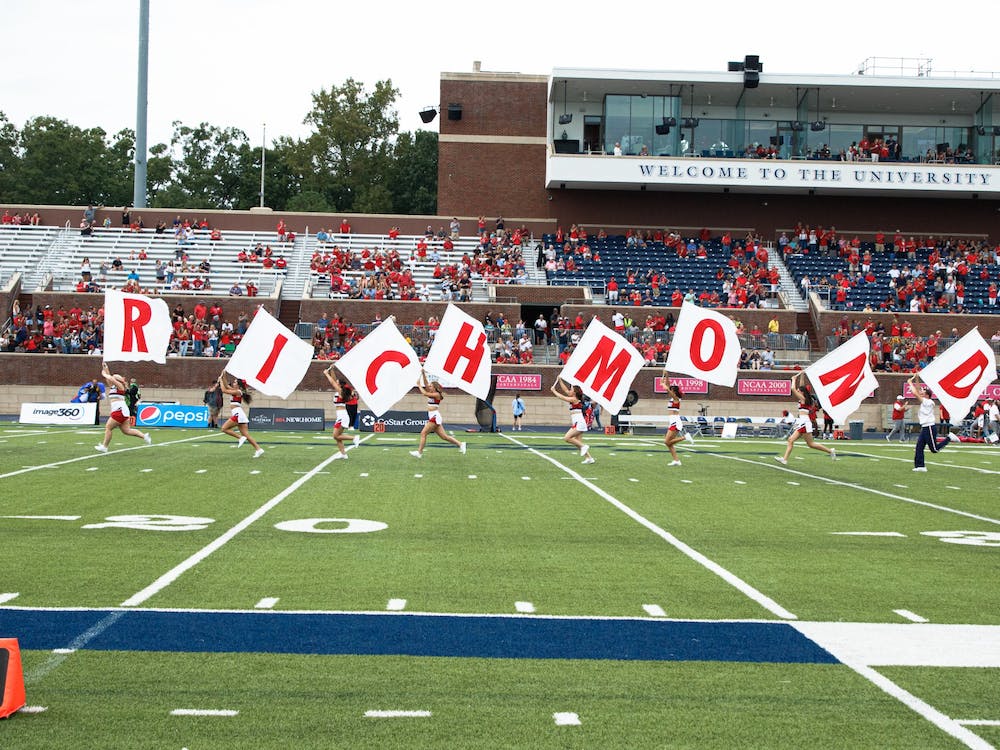