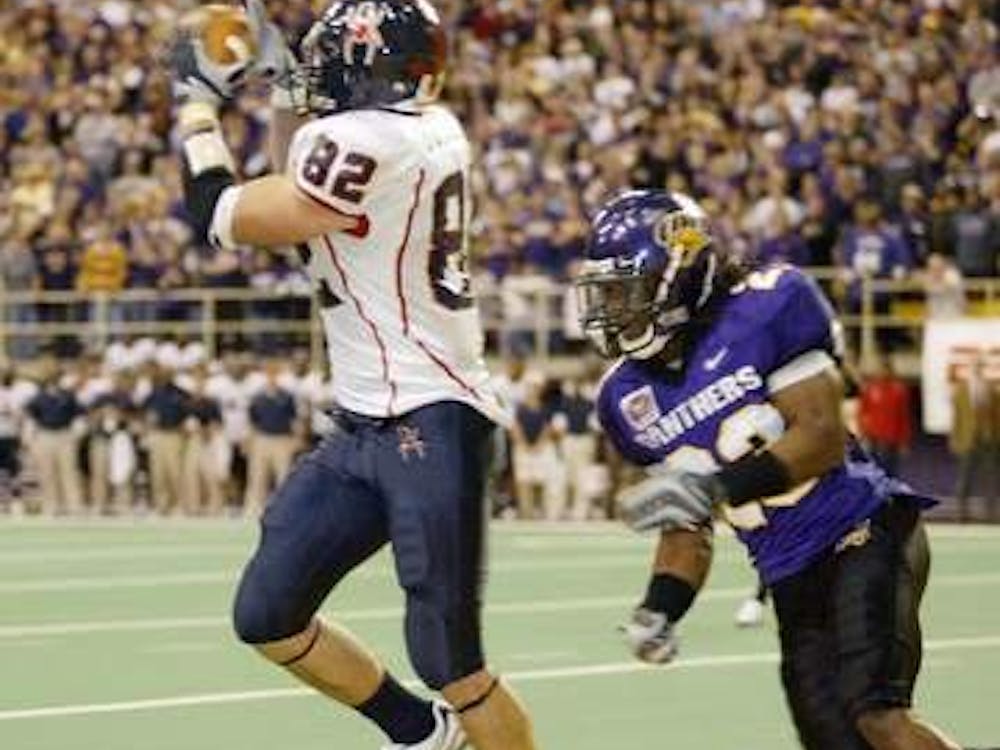 CEDAR FALLS, Iowa -- When junior quarterback Eric Ward was practicing passing plays this week, senior tight end Joe Stewart was usually his third option. Stewart said he had told Ward: "Don't forget about me over there. 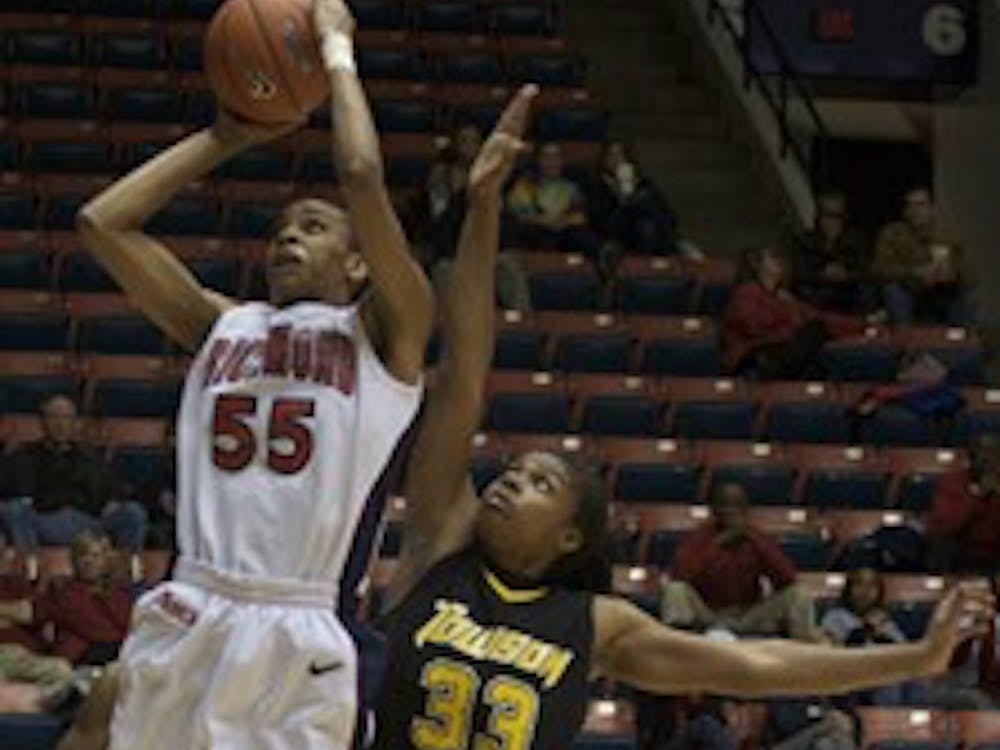 The Towson University Tigers handed the Spiders their first loss of the season at the Robins Center Saturday night, beating the team 56-48. Brittani Shells opened the game with a jump-shot two-pointer. 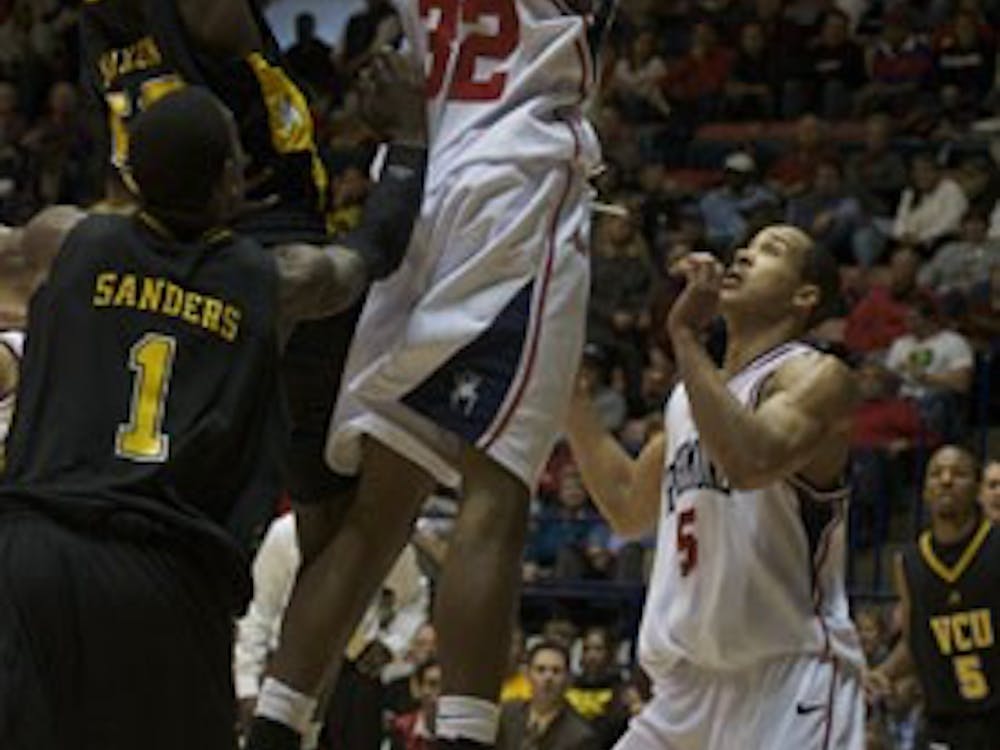 The women's basketball team goes into Saturday's game against Towson University (6-1) at the Robins Center undefeated.

Gettler resigns as men's soccer coach after 14 years at helm

University of Richmond men's soccer coach Jeff Gettler has resigned after the Spiders finished this season 3-12-3, ending a 14-year career with the program. Gettler, who was the winningest coach in school history, finished with a 123-115-40 record. 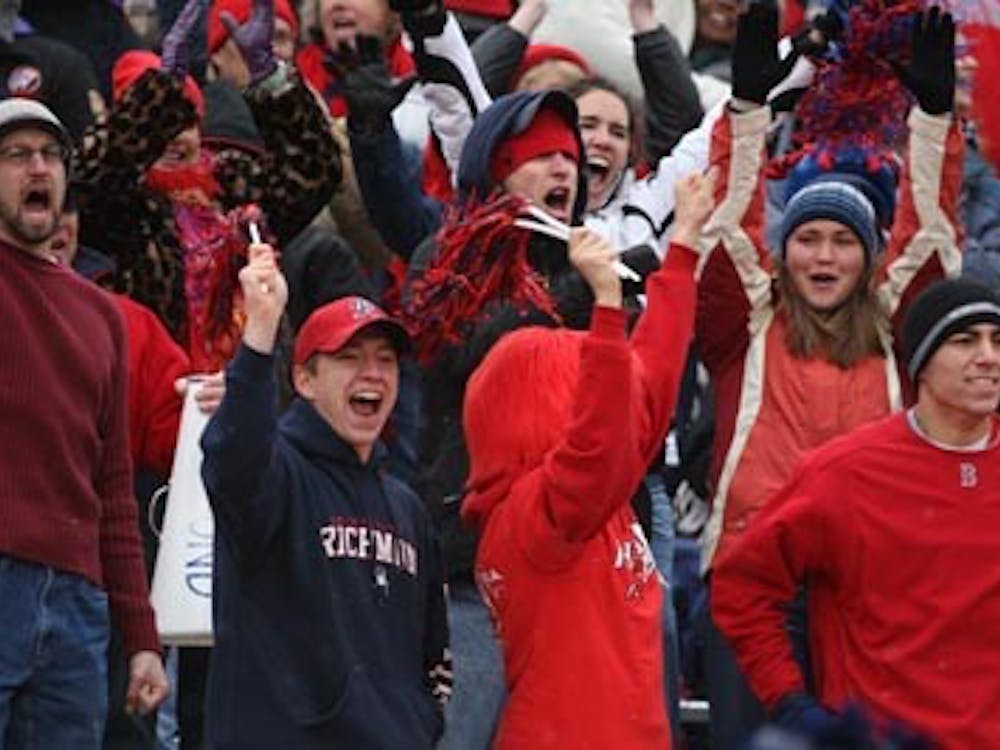 BOONE, N.C. -- Dozens of students traveled five hours to The Rock here in Boone to cheer on the Spider football team, which won 33-13, upsetting the three-time defending national FCS champions. 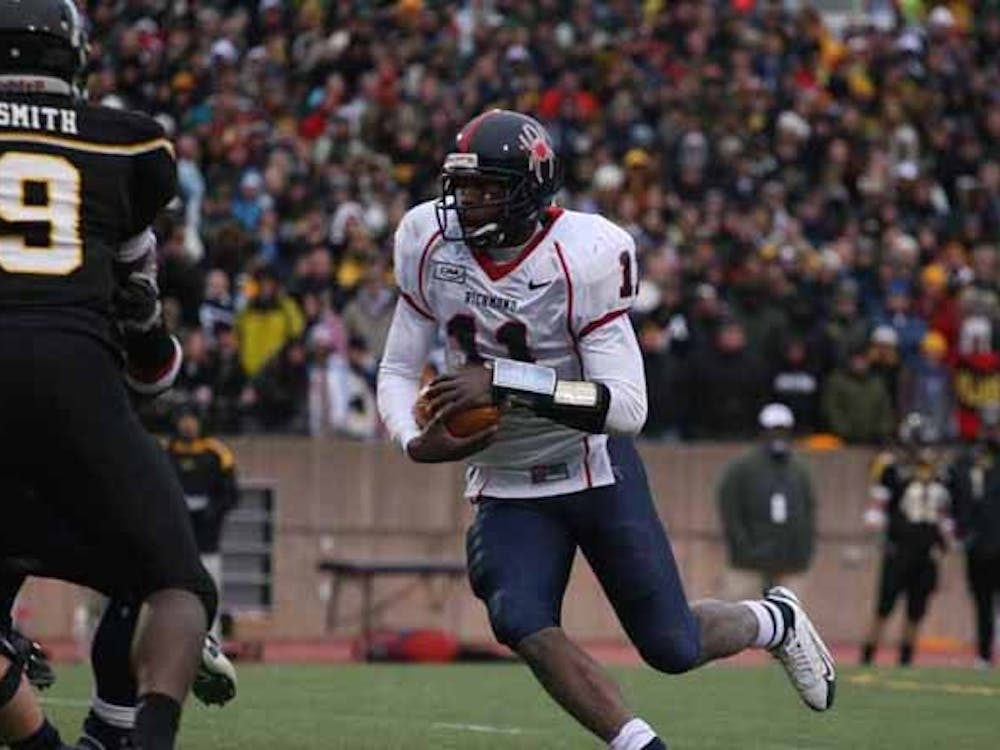 BOONE, N.C. -- All week long, the question for the football team's defense was whether the addition of senior defensive ends Sherman Logan and Lawrence Sidbury Jr.

Men's basketball defeated Delaware State University 76-66 on Saturday night at the Robins Center, completing a winning day for University of Richmond sports. The day held victories for Spider women's basketball and an upset playoff win for the Spider football team. Kevin Anderson led the Spiders in basketball, scoring 7 of his 19 points during the last three minutes of the game, holding off a late Delaware State comeback for the win. The Spiders shot .500 from the field and went 7-20 from three-point range.

Brittani Shells led the women's basketball team to defeat the College of William & Mary 63-47 at the Robins Center Saturday afternoon, bringing the team to 8-0 for the season. Shells scored 20 points and had eight steals during the game. 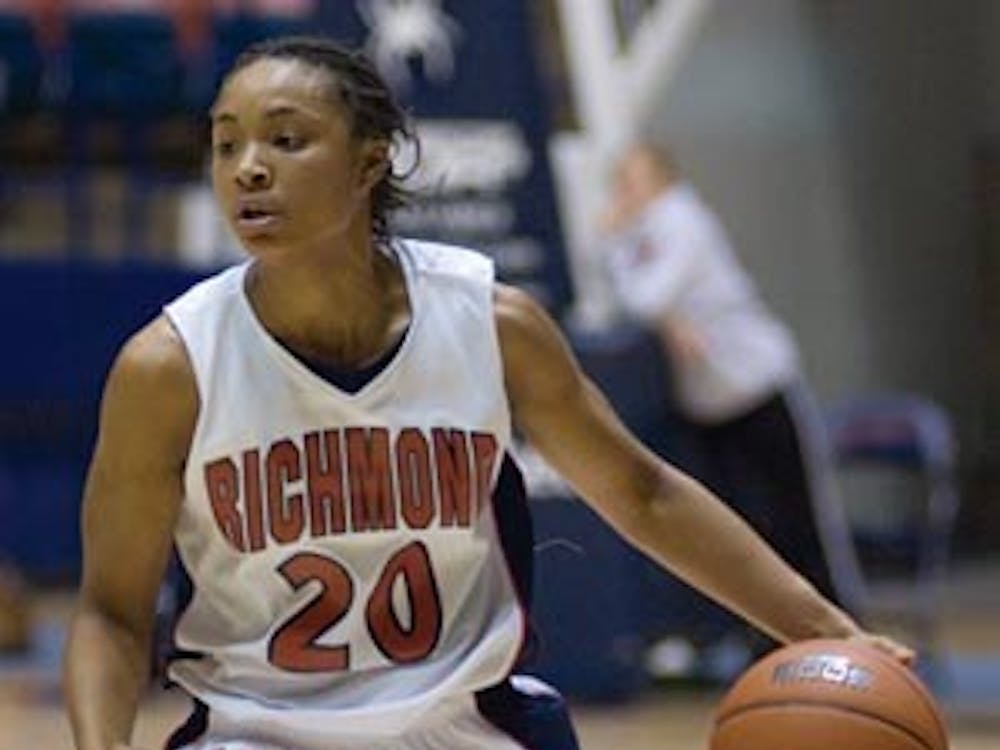 Facing its toughest opponent to date, the University of Richmond women's basketball team prevailed in a hard-fought 56-48 contest versus cross-town rival Virginia Commonwealth University. The win propelled the Spiders to a record of 7-0, while the Rams fell to 4-2. 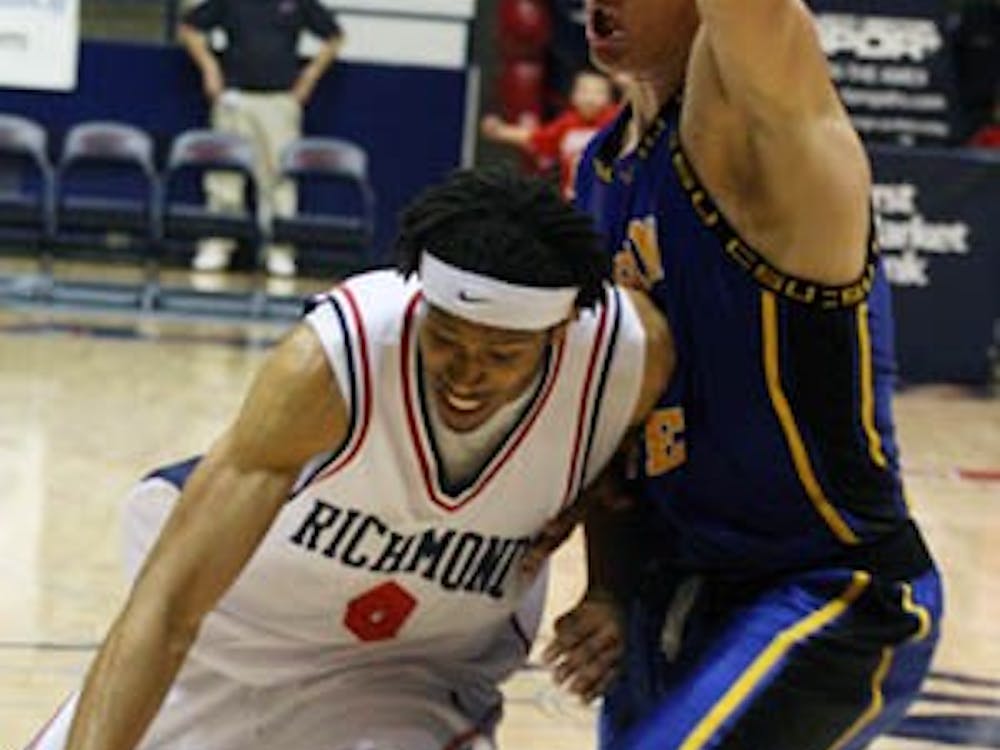 Scoring seems to come easy for the Spider men's basketball team this season, but junior guard David Gonzalvez knows the team can't win without defense. "We've got a lot of guys that can score this year, but defensively, that's going to be the key for us," Gonzalvez said after the Spiders' 78-67 win against Coppin State University (1-3) at the Robins Center Sunday night. 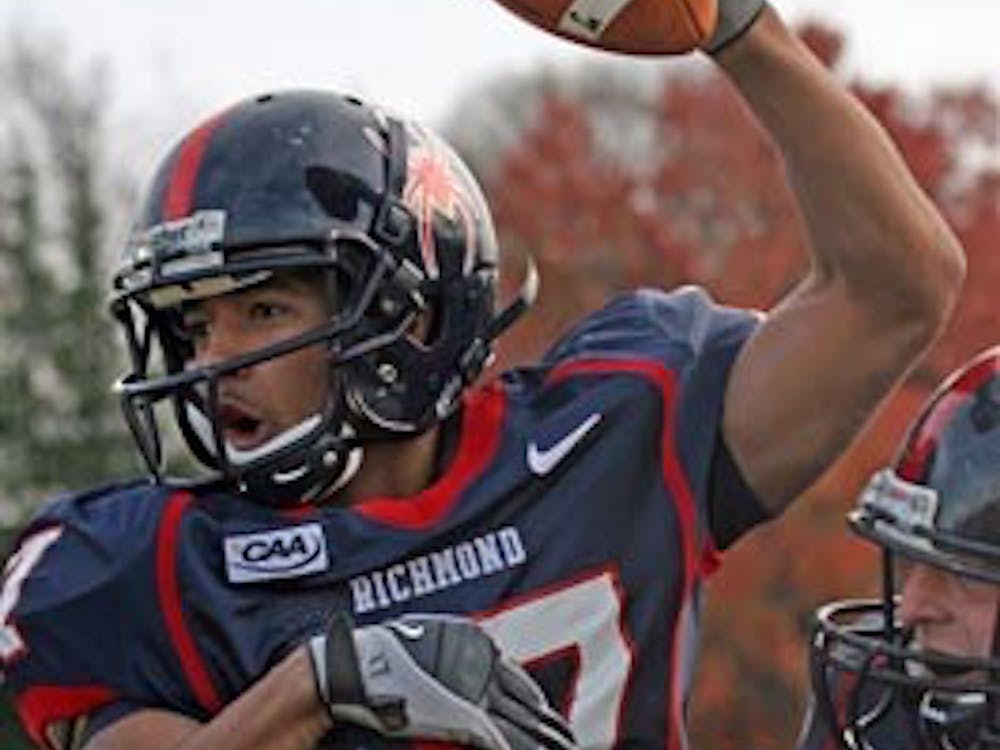 Spiders prevail over Eastern Kentucky in first round of playoffs

The Spiders have averaged more rushing than passing yards per game this season, but on Saturday it was a 45-yard touchdown pass that got the University of Richmond offense started. "Passing and running kind of works hand in hand," said junior quarterback Eric Ward, who had 245 passing yards. 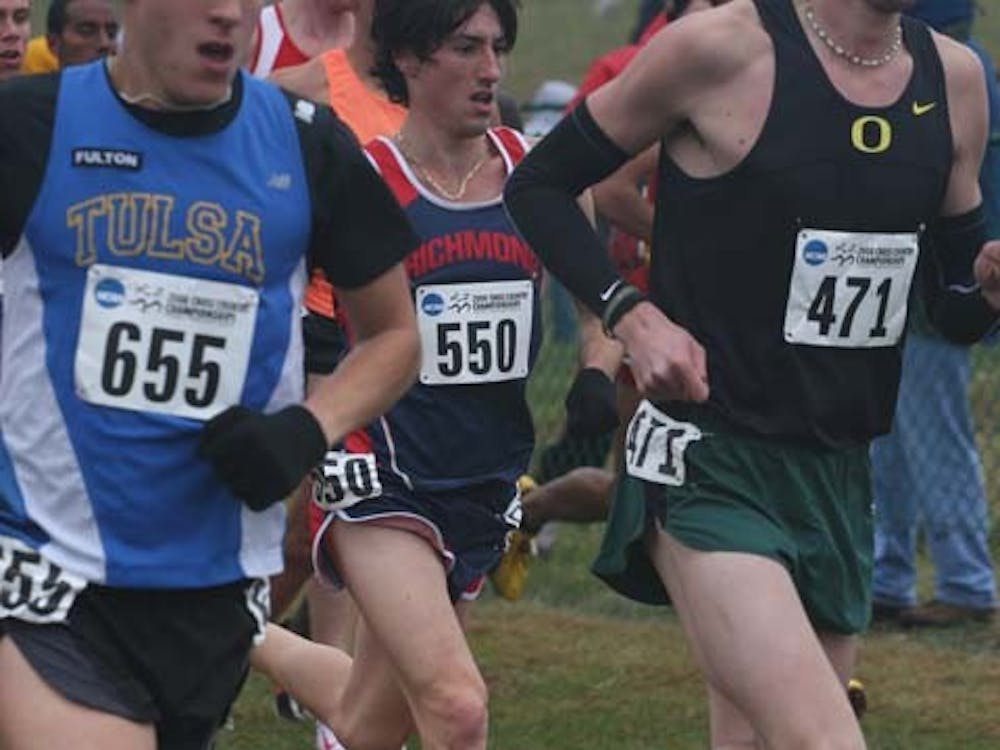 During the most important race of his life, junior Matt Llano had some bad luck physically and faced adverse weather conditions, resulting in a 176th place finish out of a field of 252 at the NCAA National Championships in Terre Haute, Ind., on Monday. Llano was the first runner from Richmond to qualify for nationals in 29 years.

The University of Richmond football team has made the Football Championship Subdivision playoffs for the third time in four years. The Spiders, who earned an at-large bid with a 9-3 finish, will host Eastern Kentucky University at 1 p.m.

WILLIAMSBURG, Va. - The University of Richmond football team forced seven turnovers during its game Saturday afternoon at the College of William & Mary, but still needed overtime to assure its second-consecutive Football Championship Subdivision playoff berth. The Spiders beat the Tribe 23-20 when junior kicker Andrew Howard made a 37-yard field goal in the first overtime period. The team will find out its opponent for the first round of the FCS playoffs Sunday night. "It was a terrific football game," Richmond coach Mike London said. "We've been involved with a game like that at our place [against James Madison] when we came out on the short end of the stick, but we hung in there and played hard and then came out on the other side this time." Richmond dominated the first half against William & Mary, intercepting four passes, forcing a fumble and allowing the Tribe to gain only 12 total yards. Right guard Michael Silva opened the scoring for the Spiders with his first career touchdown when Richmond quarterback Eric Ward fumbled as he tried to reach the ball over the goal line during the first quarter. Silva recovered the ball in the end zone for the touchdown. Richmond's only other touchdown came on defense, when safety Derek Hatcher intercepted Tribe quarterback Jake Phillips's pass and returned it 35 yards. With the return, Richmond set the single-season record for interception returns in a season, with four. Hatcher's interception was one of six for the Spiders during the game. Defensive back Justin Rogers had two, while linebacker Jordan Shoop, safety Mike Ireland and safety David Horton each had one. Richmond added two field goals from Howard, one of which came with no time left in the second quarter, to take a 20-0 halftime lead. "We played about as bad as we could in the first half," William & Mary tight end Rob Varno said. The Tribe scored for the first time in the third quarter on a 32-yard field goal by kicker Brian Pate, but entered the fourth quarter trailing 20-3. Pate added another field goal early in the fourth quarter, but Richmond appeared to be in command, holding a 14-point lead with less than five minutes to play. Tribe punt returner Derek Cox changed the momentum of the game by returning a punt 80 yards for a touchdown with 3:02 remaining in the game. On the ensuing kickoff, William & Mary back-up quarterback R.J. 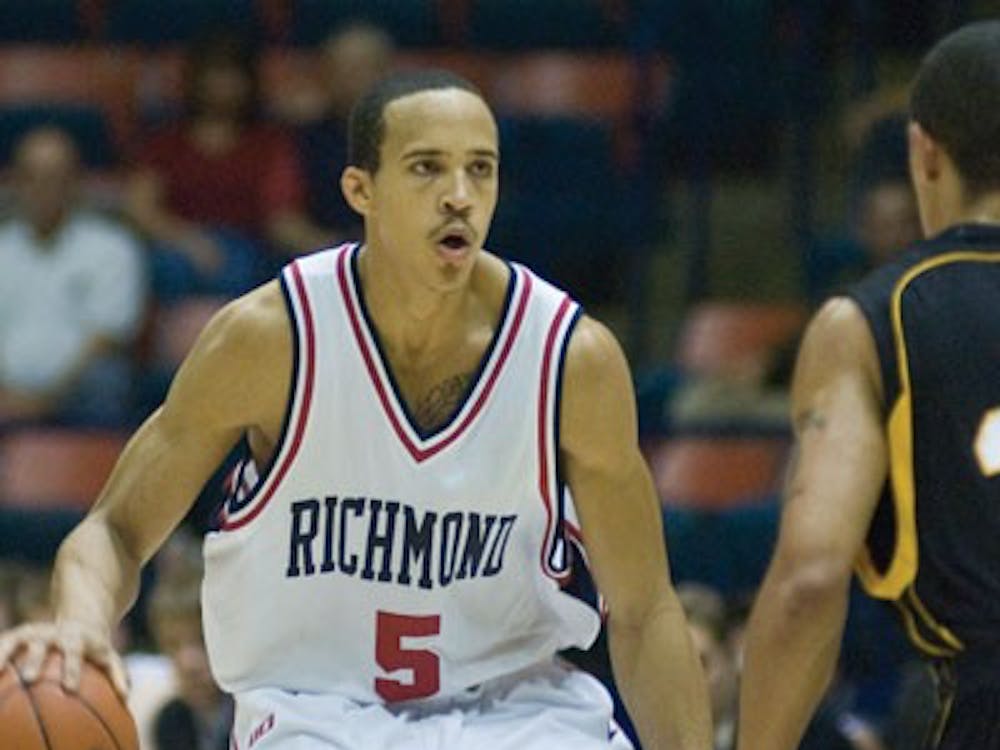 Sophomore Kevin Anderson scored 15 of his team-leading 17 points during the first half to propel the University of Richmond men's basketball team to a season-opening 81-57 victory over Randolph-Macon College. "We were just so hyped to come out and start the season," Anderson said. The Spiders, who played in front of 5,415 people at the Robins Center, were never behind during the game and took the lead for good with a layup by senior Jarhon Giddings with 17 minutes, 50 seconds left in the first half. 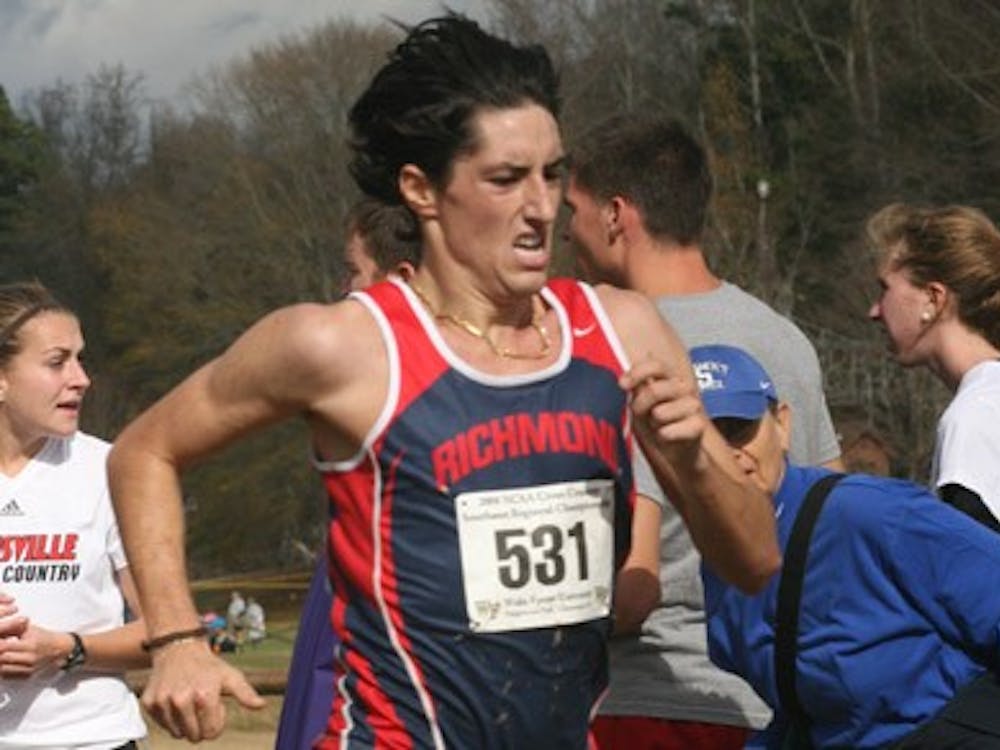 The University of Richmond men's cross-country team will send a runner to the NCAA National Championship for the first time in 29 years. Junior Matt Llano finished seventh in the NCAA Southeast Regional Championship with a time of 30:28.5 in the 10-kilometer race at Tanglewood Park in Clemmons, N.C., Saturday.

Men's soccer's A-10 games were strong finish to season

The men's soccer team finished its season with a win, one of three this year, but looking back on the whole season, luck just didn't bounce toward the Spiders this year, assistant coach Matt O'Toole said. The team fought back from poor fitness and preseason injuries to be prepared for league play, but finished 10th in the Atlantic 10 after playing its nine conference games, O'Toole said. At the beginning of conference play, the team had lost all but one game.