Committee chooses title for next year's One Book program

For next year's campus-wide read, the One Book, One Campus committee has chosen "The Laramie Project," a play about a hate crime murder in 1998, written by Moises Kaufman. In its ninth year at University of Richmond, One Book, One Campus is a project that encourages students, faculty and staff to read and discuss a book about social issues. "The Laramie Project," which is about the murder of a gay University of Wyoming student named Matthew Shepard, was chosen because of current hate-crime issues involving the LGBTQ community and its role in society, said Lucretia McCulley, a member of the selection committee. McCulley, director of outreach services in Boatwright Memorial Library, said she thought "The Laramie Project" would appeal to everyone because it was a short play that was easy to read and related to subjects across the curriculum. The committee also felt encouraged to choose the play when it learned that Kaufman would be speaking in February as part of the Jepson Leadership Forum, said committee chairwoman Molly Field, administrative coordinator of the Chaplaincy. 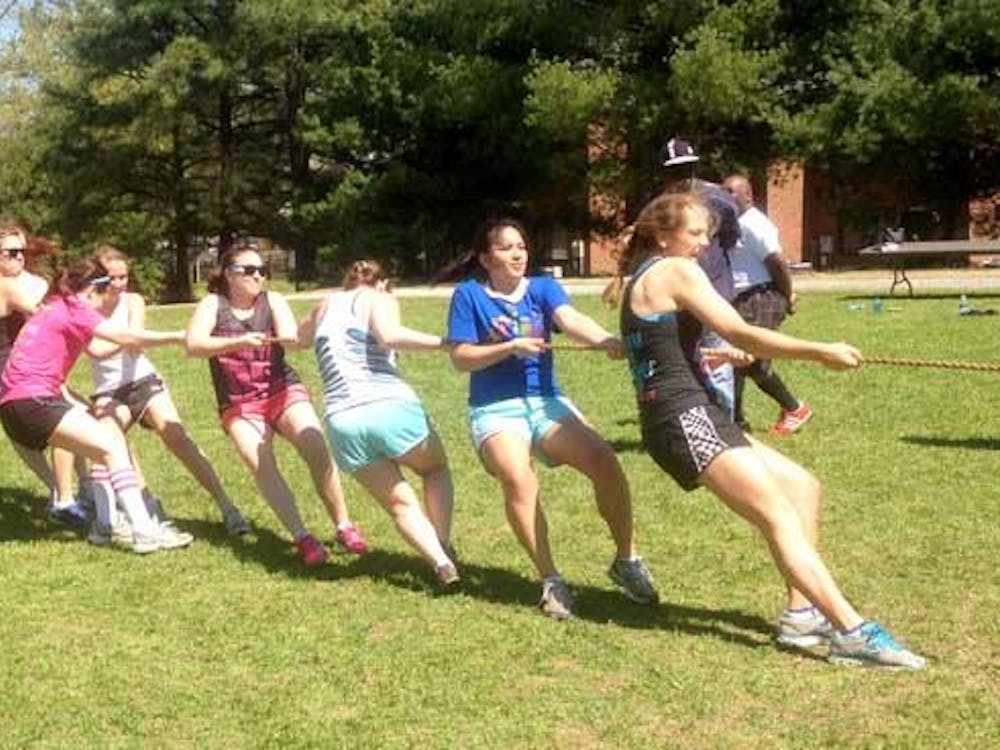 Obligations affect attendance, but not mood at Greek Games

University of Richmond will host the fourth annual Greek Games, an athletic competition among Richmond and Virginia Commonwealth University students that benefits Special Olympics Virginia, at noon this Saturday. This is the first time the games have been held on Richmond's campus, said Jen Darsie, Special Olympics intern and junior at Richmond.

Changes in Atlantic 10 membership will shift this summer as four teams leave for other conferences, while George Mason University will join the University of Richmond in the 13-team league. It was announced at a press conference Monday that the school would join the A-10 about a week after it was confirmed that Xavier University, Butler University, Temple University and the University of North Carolina-Charlotte would depart from the conference. A-10 Commissioner Bernadette McGlade said that the announcement of George Mason's admittance into the league was not necessarily linked to announcements from the departing teams. Richmond men's basketball coach Chris Mooney said he had heard rumors of the team joining the league last year when the conference had expanded. Richmond Athletic Director Keith Gill said the departure of several teams and the addition of George Mason would affect conference play, but it would be difficult to determine which sports would be impacted more. "George Mason will be strong in some sports and not the others," he said.

Two professors hosted a forum Tuesday evening in Dennis Hall for students to discuss their desire to have more open conversations about sexual assault, gender dichotomies and social life on campus. Political science professor Monti Datta and Spanish professor Carlos Valencia decided to host the forum after discussing the issue with Richmond College Associate Dean Patrick Benner because of the number of sexual assaults reported on campus, Datta said. About 15 students, mostly women, attended the forum in the first-year, male residence hall where Datta lives. Datta said he believed the lack of men present at the forum had to do in part with the subject matter, which could be uncomfortable or scary to talk about. The conversation began with a focus on the culture of the lodges but shifted toward a discussion about rape and sexual assault on campus. Some women at the forum said they thought there was a culture of blaming the victim on campus, which Datta said was the most shocking part of the discussion for him. "It's heartbreaking that there is a common expectation about a woman crying wolf," he said. Between 2 and 8 percent of reported sexual assaults are false, according to the National Center for the Prosecution of the Violence Against Women. Students discussed the difficulty in understanding the gray area between consent and sexual assault. "We need to find a way to make consent sexy," said Christine Parker, a student at the forum. The students agreed that to help people understand the definition of sexual assault, it was necessary that men and women have conversations on the topic together, even if the university mandated those discussions. "This is an issue that everyone is involved in and everyone is affected by," Parker said. 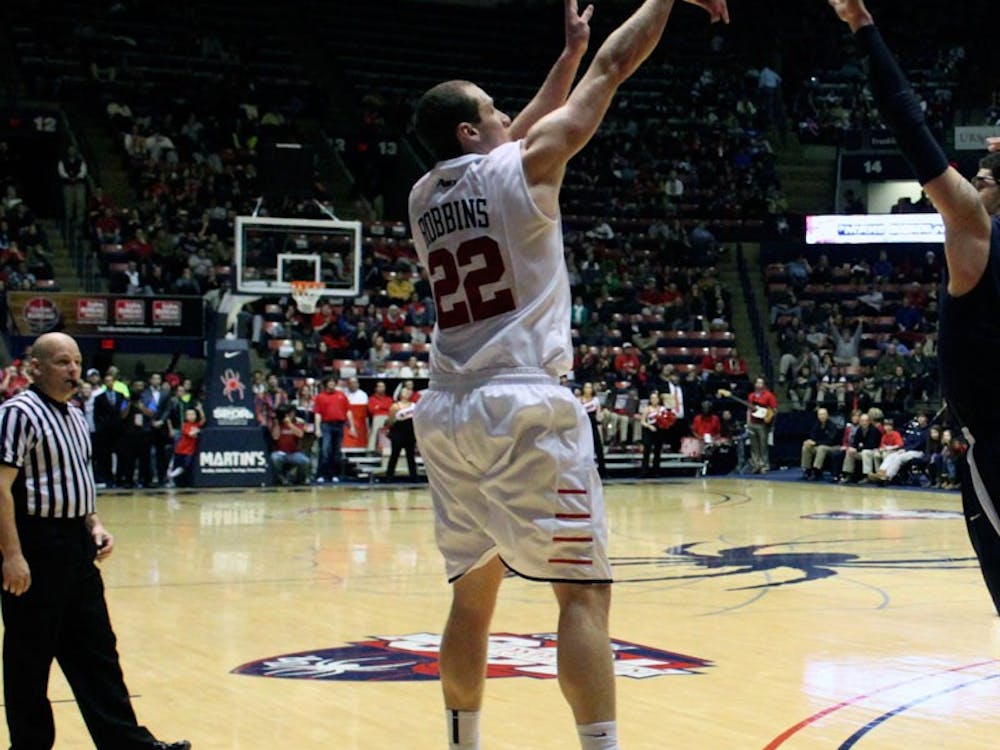 The University of Richmond men's basketball team trumped conference-opponent George Washington University, 73-64, in the Robins Center on Wednesday after trailing the Colonials for the majority of the game. With about six minutes left in the second half, sophomore Alonzo Nelson-Ododa made a three-pointer to give Richmond the lead for the first time since the beginning of the game. Richmond continued to build on that lead with several plays close to the basket by senior Greg Robbins. Coach Chris Mooney said that Robbins, who finished the game with 15 points, had played tremendously and understood how the team could gain and maintain the lead. Although Richmond tied the score in the last seconds of the first half, GW quickly regained the lead in the second, and scored 12 points to Richmond's three in the first four minutes. Mooney said that despite the team playing poorly for the majority of the game, it was a good sign his players were able to recover at the end. Robbins said that if the game had been at GW, he didn't think the Spiders would have been able to close out the win. The referees called 54 fouls in the game, including one technical on Mooney for arguing a call. "It's hard to get into a groove with a lot of fouls called," Robbins said.

The University of Richmond pep band is composed of professional musicians, many of whom are graduates of Virginia Commonwealth University. Although Richmond students are invited to play with the band and sometimes do, the core group of members consists of people from outside the university.

Senior Rachael Bilney scored her 1,000th career point and contributed to an 81-63 win in the University of Richmond women's basketball game against the University of Massachusetts on Sunday. Bilney was 11 points away from reaching 1,000 before the game and scored the final two at the start of the second half against the Atlantic 10 conference opponent. Despite being the 19th Spider in program history to reach this accomplishment, Bilney showed no reaction after she scored, and sprinted down the court to get on defense. "The game wasn't over," she said. 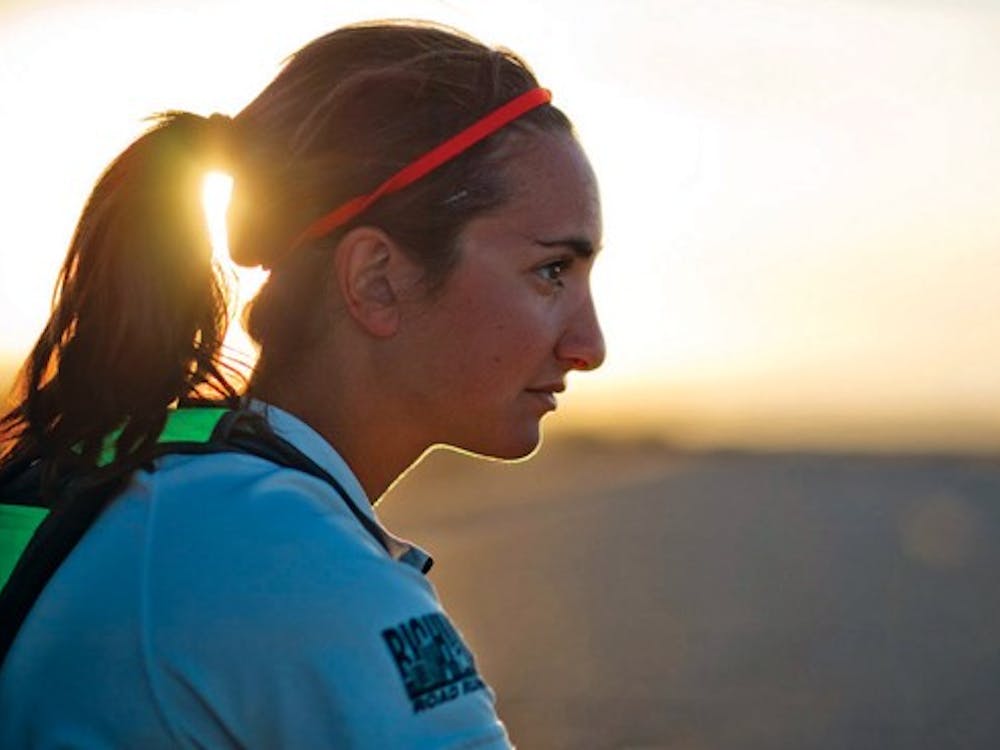 University of Richmond graduate Zoe Romano will run all 2,088 miles of the mountainous Tour de France bicycle route this summer, with the goal of finishing one day ahead of the cyclists. Romano, who graduated in 2009, plans to begin her run May 18 and finish July 20 at a pace of 30 miles per day, she said. The run is a fundraiser for an organization in Richmond, World Pediatric Project (WPP), which provides medical care for children in Central America and the Caribbean, and in critical cases, brings them to the U.S. 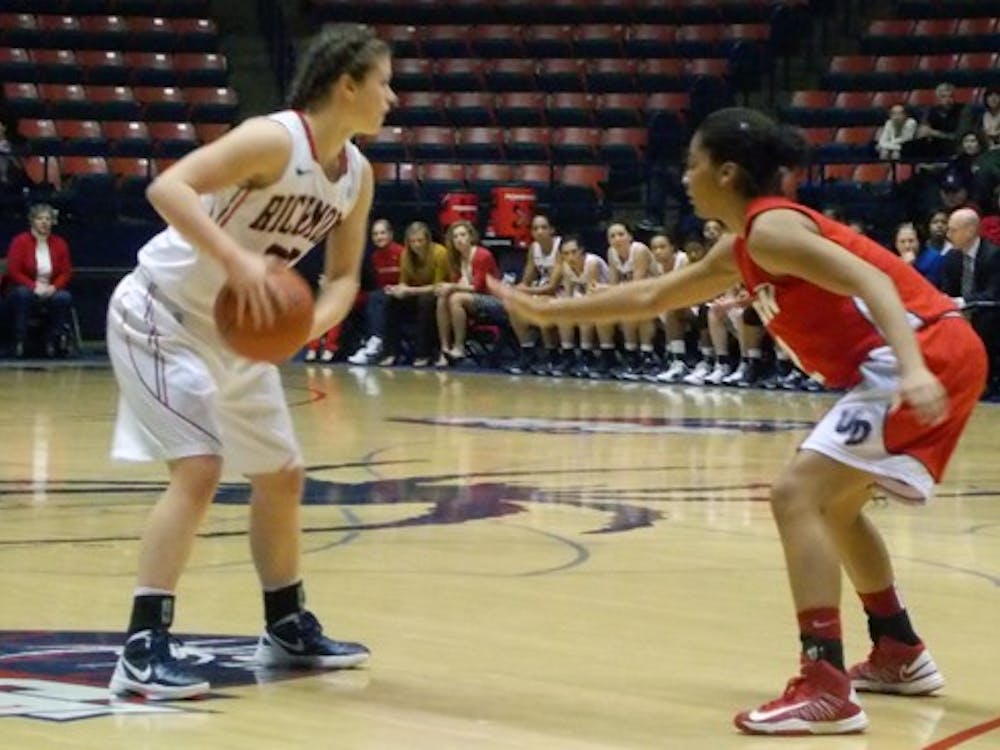