Each week a different person has provided a spark for the University of Richmond basketball team.

After three and a half years following Richmond athletics, I have seen it all. I have seen good teams and bad teams, great games and miserable games. 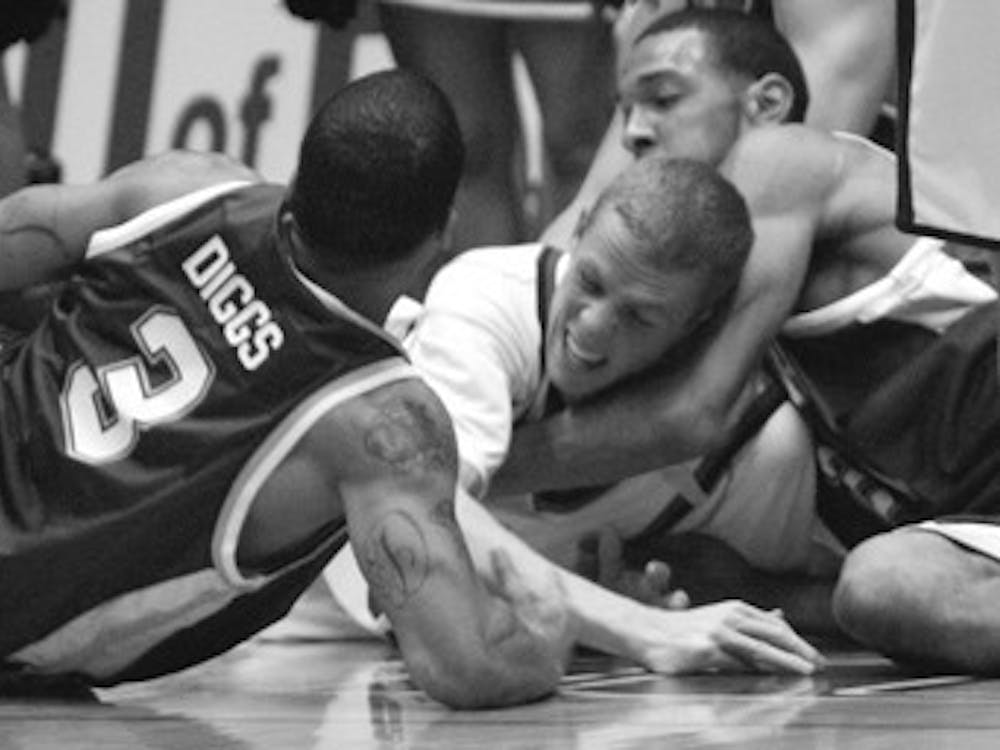 Halfway through what could be called a tumultuous season, the University of Richmond men's basketball team is not giving up, head coach Chris Mooney said. The team has been faced with much adversity this season, including the loss of senior forward Gaston Moliva to injury, the recent transfer of Stephen Kendall, the arrest and temporary suspension of Oumar Sylla and the academics-related suspension of David Brewster. The team's record of 5-16 \0xADas well as the low attendance numbers may be reflective of these interruptions. Athletic director Jim Miller said the attendance nu Jmbers have been lower for two main reasons: the higher number of home games this year and the team's poor record.