The Spiders avenged a blowout loss to the Rams on December 20, ending a five-game losing streak against their archrival on the road at the Stuart C. Siegal Center in downtown Richmond.

UR is now 7-4 overall and jumped into fifth place in the Atlantic 10 Conference with a 4-2 record.

The Spiders struggled in the first half but managed to keep the game within striking distance only down nine points. Head coach Aaron Roussell switched into a full-court 1-2-2 zone defense in the second half,  and the change of pace gave the VCU offense trouble.

The defense held VCU senior guard Tera Reed to seven points on 1-7 shooting. The returning first-team All-Atlantic 10 selection averaged 34 points per game coming into the matchup, and her off-shooting day was a major contributor to UR’s victory.

At the beginning of the second half, the game’s color commentator predicted the Spiders would need to score 69 points to win the game, and that is exactly what they did. The offense exploded, outscoring the Rams 39-25 in the second half and shooting 54% from the field.

A couple of crucial plays in the fourth quarter helped Richmond.  Senior Sydnei Archie hit the ball at one of UR’s players after the whistle, and the referees called her for a technical foul. With 20 seconds remaining in the game and UR holding on to a three-point lead, the referees gifted the Spiders with a moving pick on VCU senior center Sofya Pashigoreva. The Spiders would go on to hit important free throws down the stretch to complete the upset.

UR first-years Addie Budnik and Grace Townsend led the team with 14 points each.  Budnik filled out the stat sheet with seven rebounds and four assists. Junior Kate Klimkiewicz was also in double figures with a solid 12-point effort on 5-10 shooting.

On the offensive end, the Spiders have struggled recently Roussell acknowledged at his post-game press conference.

“We struggled so poorly with them [possessions on offense] the last couple games; I thought our kids were ready, felt very good coming in with regard to our prep,” said Roussell.

Junior Aniyah Carpenter provided a spark off the bench on both sides of the court.  She posted a season-high 11 points and played tough defense at the top corner of the zone formation.

UR won the rebounding battle 36-32, even though they gave up 17 offensive rebounds to the Rams. VCU won the turnover battle, with UR committing 18 to VCU’s 11.

Roussell said the game was a huge win for the team in the thick of conference play.

“[I’m] just really proud of them,” he said. “That's a very, very good team to come in and win a road game, a rivalry game like this. Very proud of our kids.”

Next up for the Spiders is a matchup against George Washington University on Friday night in Washington, D.C.

By Meredith Moran | 2 days ago 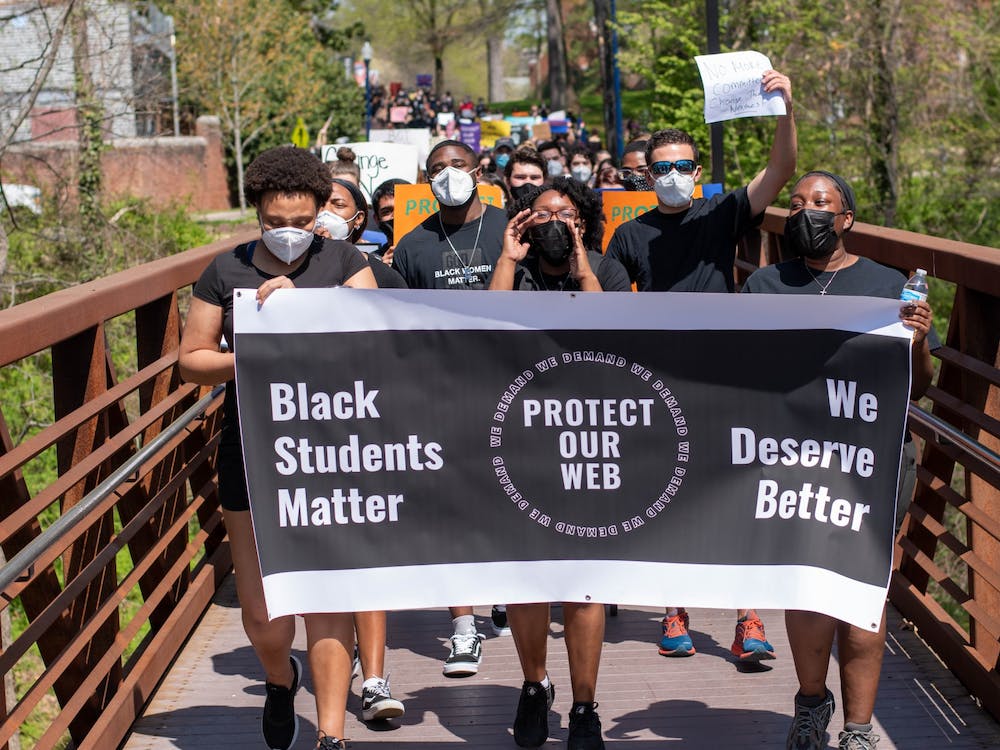 By Jackie Llanos | 3 days ago