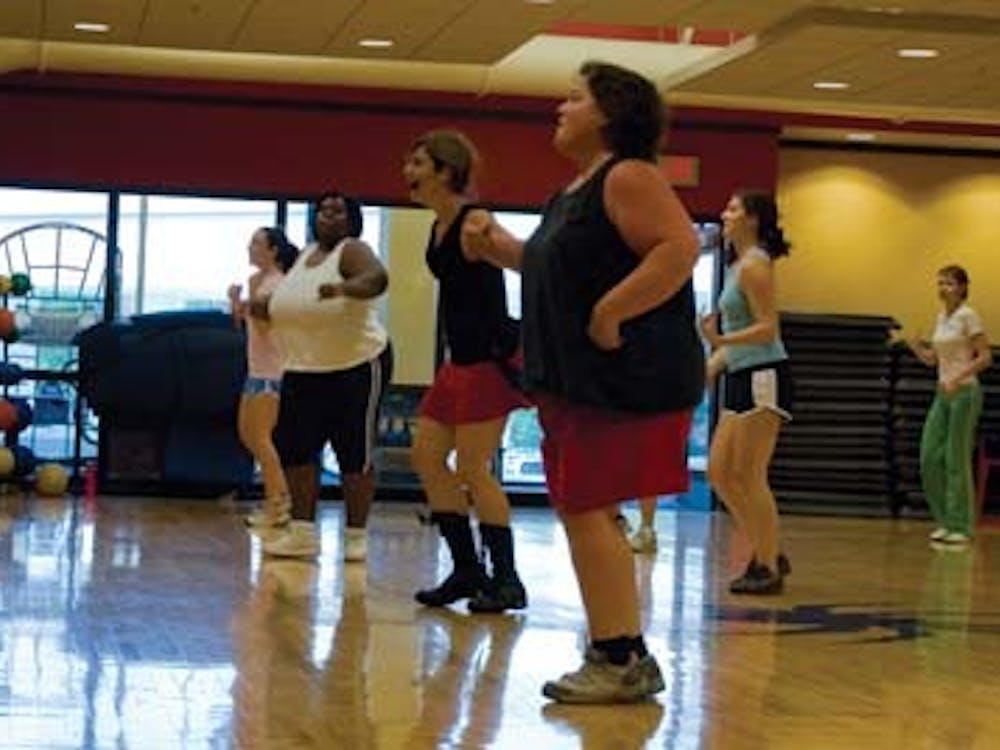 For six seasons, Americans have tuned in to NBC's reality show "The Biggest Loser," a weight-loss competition whose winner receives $250,000. The show's sixth season, which is currently airing, documents the struggles and sweat of eight teams, each made up of two family members. But, when the new season began airing on Sept. 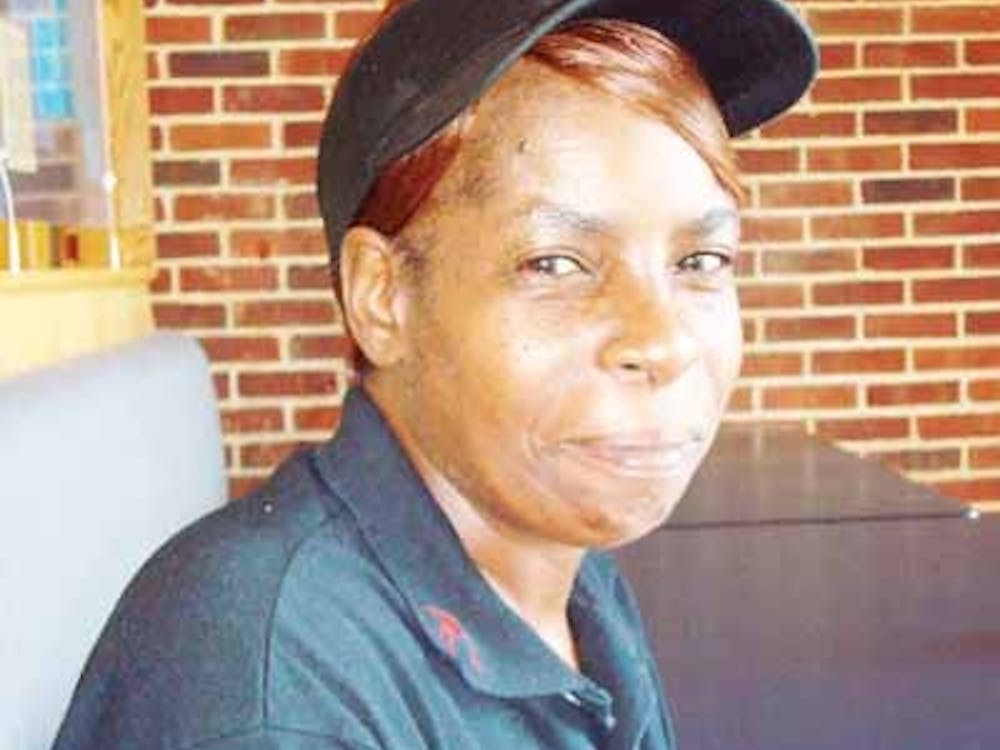 A Day in the Life: A Pier Cashier

"Who's next?" she calls as you step up to the plate. "I'll have the turkey sandwich with BBQ Baked Lays, two strawberry yogurts, a veggie tray, a large Powerade and an oatmeal cup," you say as she punches the color-coded buttons, the balance rises, the Spidercard is swiped (twice) with a "How you doin' today?" punctuated by the one-handed wave of a paper bag, and before you can answer, she's off... "Did she get all that?" you wonder as you watch her glide through the aluminum galley. 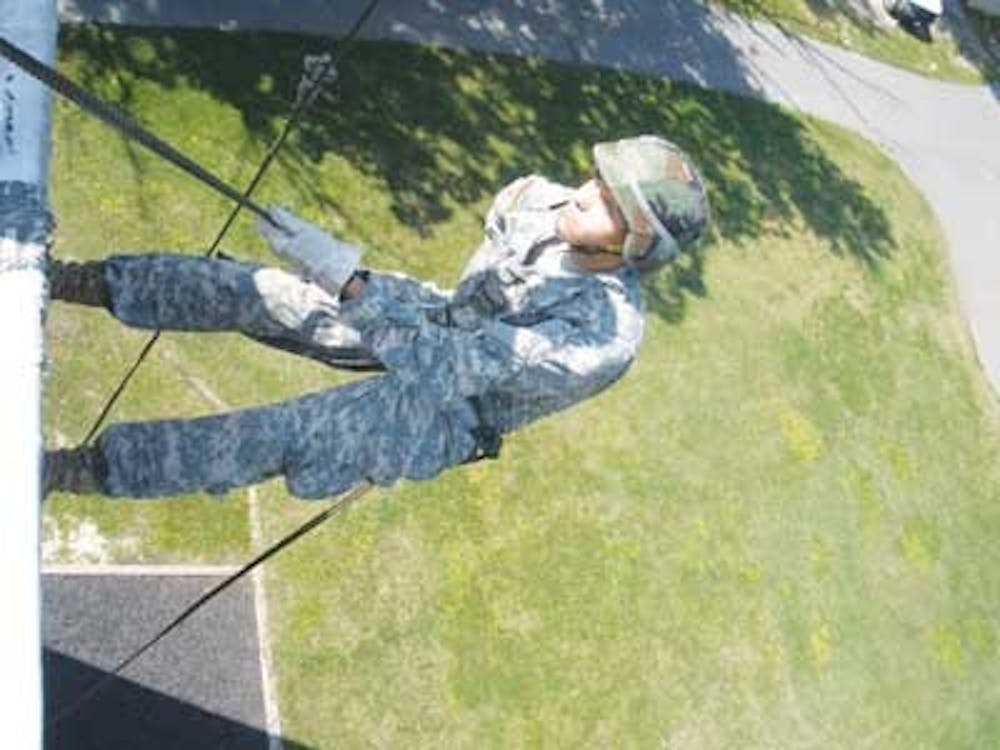 A long day at Fort Lee: Collegian reporter is embedded in the first ROTC overnight training camp of the year

By Michael Gaynor Collegian Reporter As the sun rises on Fraternity Row, a line of ROTC cadets stand symmetrically, hands folded behind their backs, waiting for the transport to Fort Lee for their first overnight training program of the year. 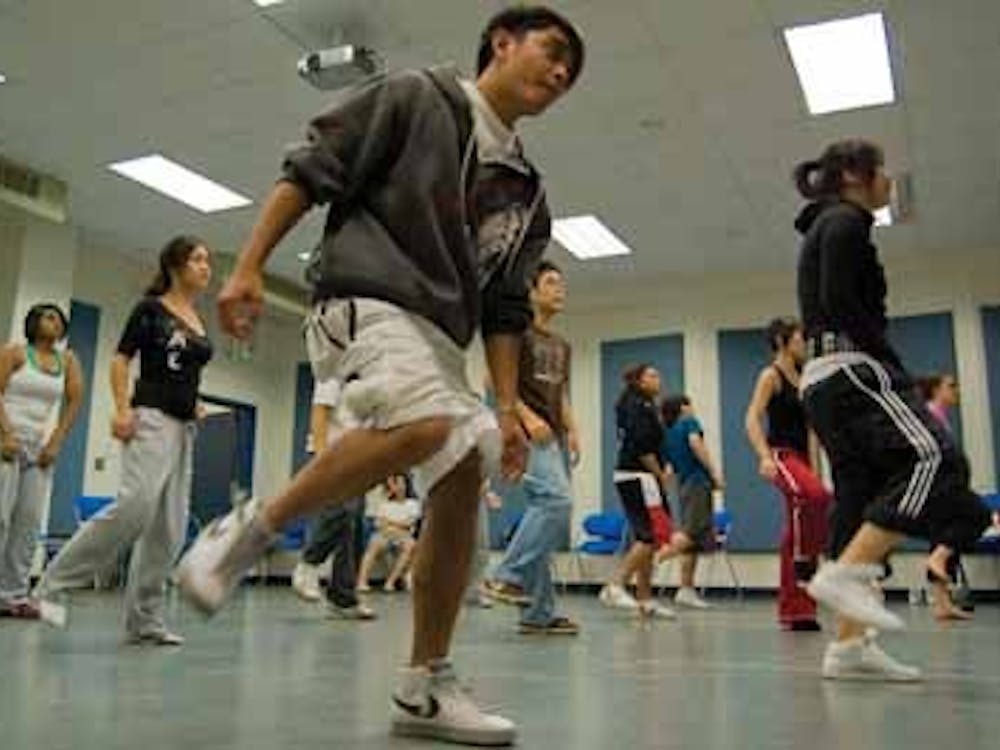 By Kate Foss Collegian Reporter Dance groups are often formed to showcase a certain style of dance, but at the University of Richmond, a dance group was created to showcase a certain type of music. Asian Beat, a dance group on campus, was started by senior Jackie Lee and three of her friends in the spring of 2007. "The purpose of the group is to promote Asian hip-hop and pop artists," Lee said, "as well as Asian artists here in the states." Lee, who is of Korean descent, was born in the United States but attended elementary school in Korea. 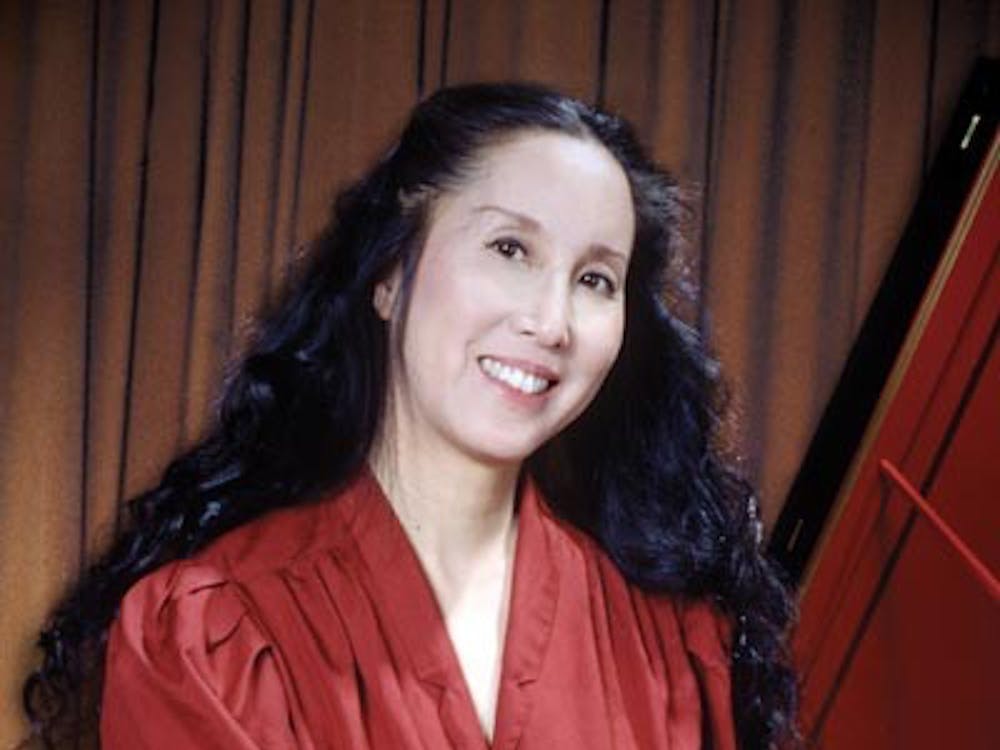 A Day in the Life: The Bell Ringer

In college, it's easy to lose track of time, but at the University of Richmond it's difficult to let 12:30 p.m. 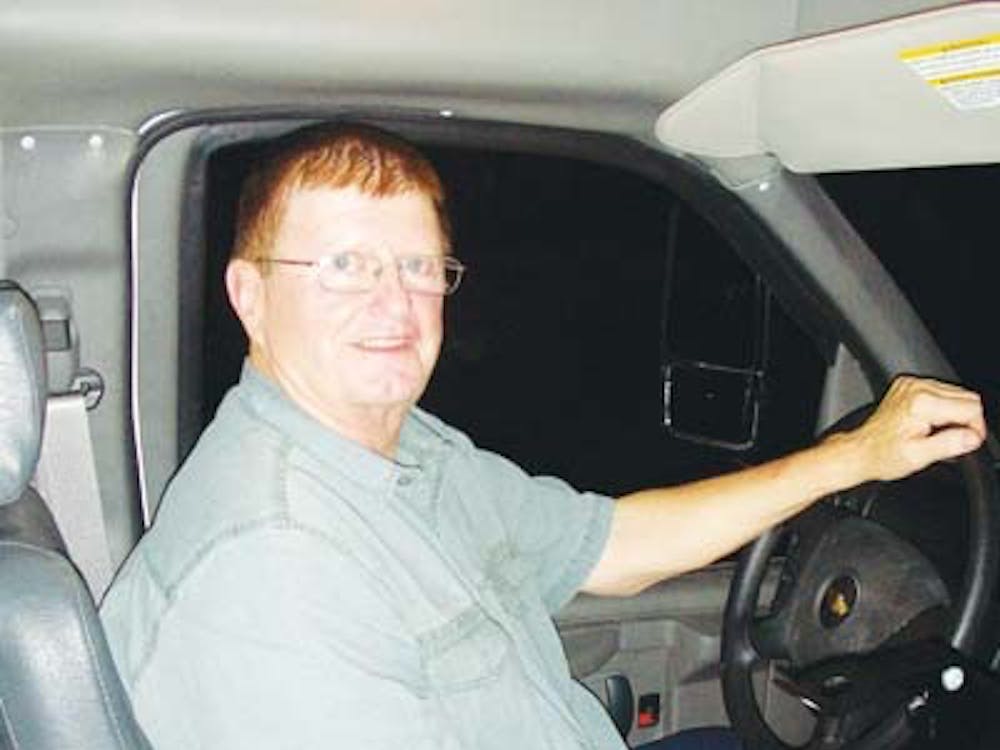 A Day in the Life: The Safety Shuttle Driver

Some things at Richmond get old fast.

The Olympics are finished and you're feeling lost in a sea of "Lifetime" movies and reality TV. It's time to stop watching "Brooke Knows Best" and get ready for the official fall TV season to begin.

Gov. Timothy M. Kaine announced a statewide crackdown on drunken driving last week, and University of Richmond police officers have made two DUI arrests already this semester. The announcement came after national statistics showed that Virginia was one of 16 states to have an increase in DUI-related fatalities in 2007. 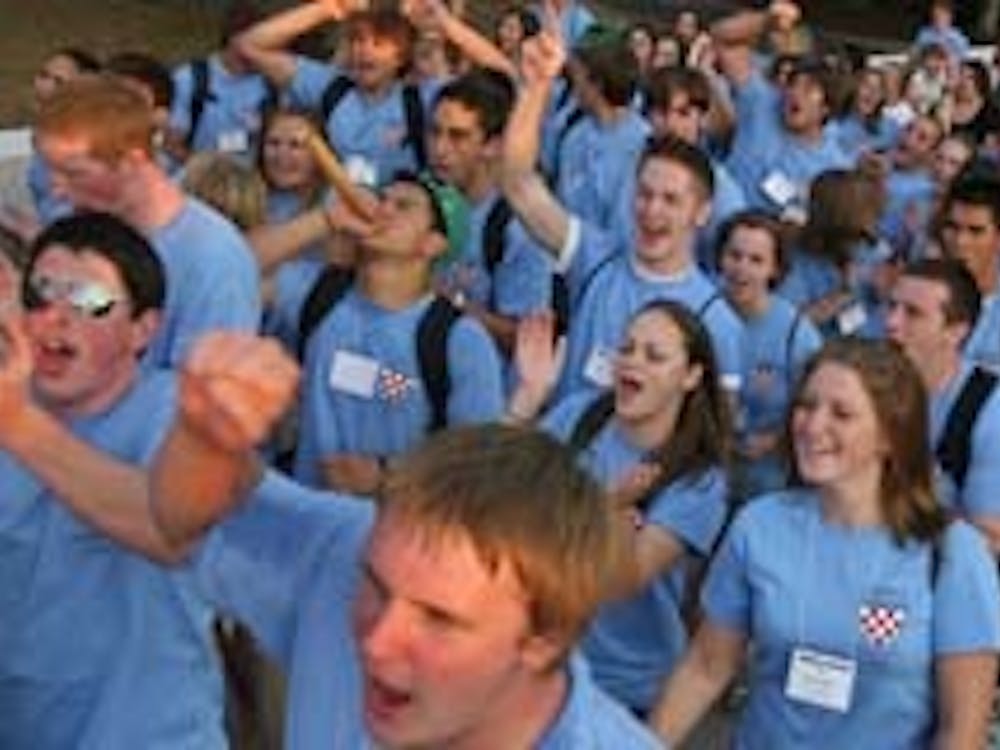 UR First-Year Student Orientation 2008 from Kimberly Leonard on Vimeo.

As he enters his second year as Richmond's president, Edward Ayers is ready to begin planning for the university's future. Accordingly, after "thousands" of meetings with members of the university community, Ayers intends to finalize his strategic plan during the first months of the school year, and to have a concrete plan on file by January. 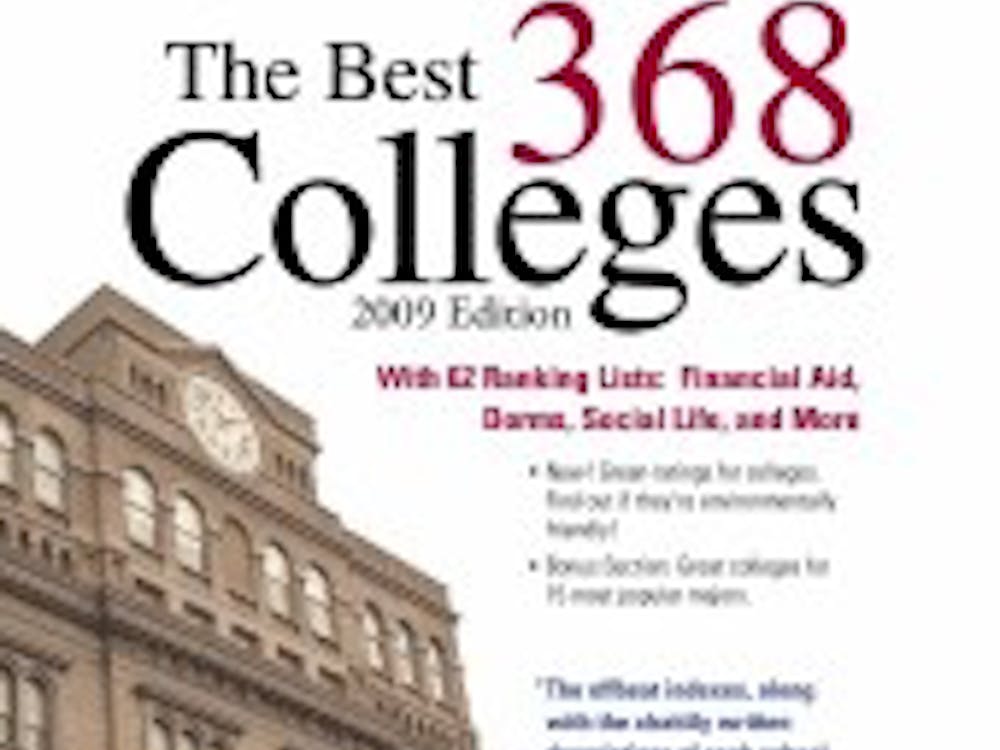 The University of Richmond has landed on the Princeton Review's 2009 list of schools with homogeneous populations and little race or class interaction, but made the cut for most beautiful campus and best classroom experience, leading university officials to question the study's survey methodology. Of the 368 colleges the Review selected to participate in its annual survey, released Tuesday, Richmond ranked eighth for homogeneous population, seventh for little race class interaction, eighth for most beautiful campus, and 20th for best classroom experience. The survey results come at a time when the university and President Edward Ayers have put renewed focus on diversity after the simulated lynching in spring of a black doll in the Cousins Studio Theater, an incident that some students said showed the school's lack of racial tolerance.

WAHHHHH! Students should take a hint and lighten up

By Michael Lembo Richmond College '08 "Don't worry about it, these kids take everything too seriously." --Rory Golod It's about time someone addressed the student body at the University of Richmond. This may seem obnoxious, but hey, I am a senior and you won't have to deal with me ever again.

I've heard the saying that life is a dance, but sometimes I look around, and feel like I am stuck playing a game at a sleepover party.

I'd like to say a heartfelt thank you those who contacted me in response to my last article on grief.

First and foremost, I am not writing this article to in any way lessen or demean the plethora of negative feelings that have resulted from the Cousins incident.

When time takes its toll

I had the strangest experience the other day. While I was stretching in the gazebo, a lonely duck paddled through the inactive lake.

The Dilemma of Space: There are more than four ways to use our buildings

The University of Richmond, pending completion of the Westhampton College Deanery addition, may have the highest amount of "study space" per capita in the country. Of course, it makes perfect sense; you don't become an Ivy League school with beanbag chairs.

More colleges are implementing campus-wide smoking restrictions across the country, with many becoming smoke-free entirely. But because there has not been any strong desire expressed by students and faculty to make the University of Richmond campus smoke-free, university administrators said no one should count on the school being added to the list of smoke-free schools anytime soon. According to the American Nonsmokers' Rights Foundation, more than 70 colleges and universities across the country have implemented smoke-free policies for their campuses as of Oct.

This Homecoming Weekend promises to be as strange as it will be memorable, because those who were my peers just a few months ago will be returning to campus as members of that distant and ever-growing faction that is "alumni." And sadly, if all goes according to plan, I will reluctantly be initiated into that same group about six months from now.